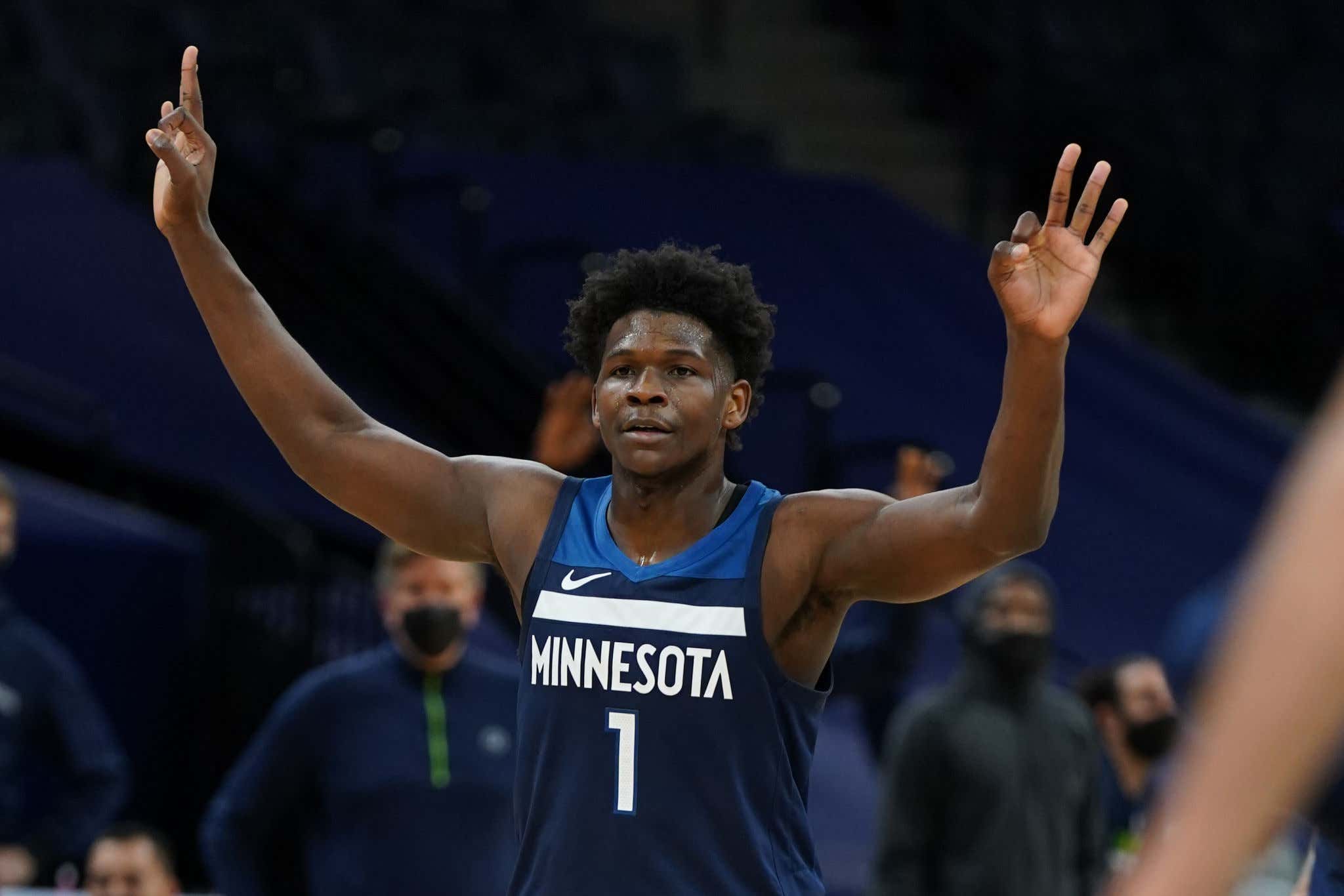 If you needed any additional evidence that this NBA season has been weird as hell, may I present the reality in which the Minnesota Timberwolves swept the season series against the NBA's best team, the Utah Jazz. While I'm happy for Wolves fans that they are getting a taste of what might be next season with a healthy KAT/DLo/Edwards (8-6 this season), I'm afraid they need to stop what they are doing and immediately get back to losing. It's for their own good. In fact, it's actually in the best interest of the rest of the league.

What they need is for those guys to all have awesome performances, but still find a way to lose. Why? It's pretty simple. All this winning with 10 games left in the season is potentially fucking up their future. Allow me to explain 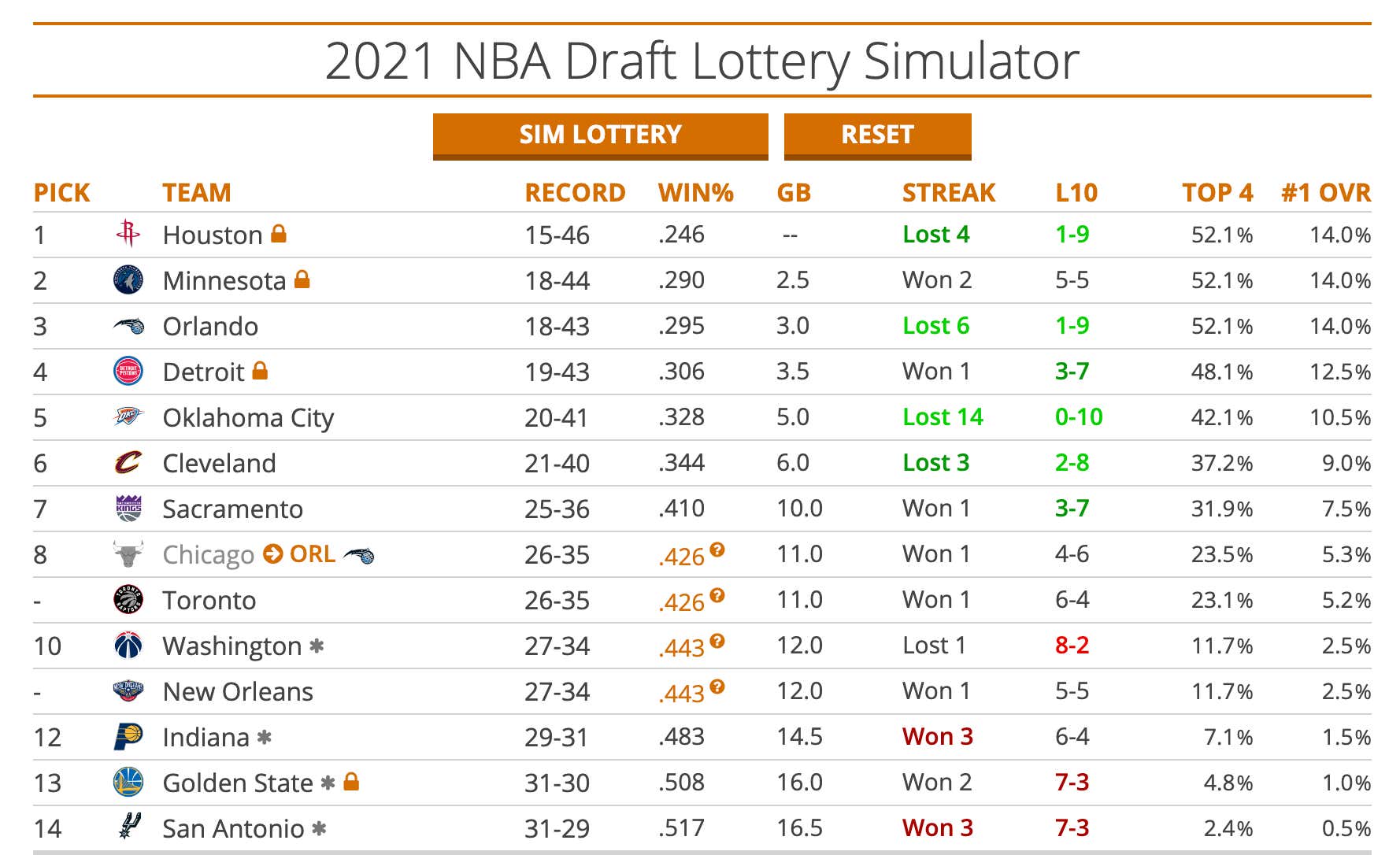 Things look good right? Wrong. Suddenly this late winning now has the Wolves in jeopardy of falling out of the top 3. You have teams like OKC who are putting on a tanking clinic for the ages as well as the Magic who are doing their thing as well. Do you remember what happens if the Wolves fall out of the top 3?

That's right. The pick goes to GS as part of the D'Angelo Russell/Andrew Wiggins trade. Wouldn't that be some shit. Guy finally comes back, looks awesome

and he could be one of the main reasons the Warriors get a top 5 pick in this upcoming draft. It's almost as if Wolves fans haven't suffered enough. You trade a big piece of Wiggins for a guy, then that guy is hurt all year, only to then come back and help you win just enough games that your first round pick then goes back to the team you traded with? That's cruel. This is one of those tricky situations where KAT/DLo/Edwards are still playing hard as hell trying to win games, and that could be the worst possible thing for them to do. The good news is their schedule does get a little harder over the next week with HOU/GS/NO/MEM/MIA and they finish with DEN/BOS/DAL so there are still losses to be had, but in the meantime, they've won 4 of their last 6. Unfortunately for them, this is not the time to start winning games. I want them to land that high pick to hopefully take another stud or at the very least flip that pick for a piece that can help and will keep KAT happy.

What we all should be afraid of is if they keep winning and it's actually the Warriors that get to do just that. My guess is they would trade the pick with one of their high salary guys, and that's terrifying. With Klay coming back, the last thing we all need is the Warriors reloading with another legit star player. We just got through that GS Dynasty for crying out loud. Can you imagine some prayer scenario where they get some lottery luck and walk out with TWO top 5 picks? That's technically possible. What if we live in a world where they find a way to convince WSH to take Wiseman/#4/Wiggins and whatever for Beal? What if they land another blue chip player that we aren't even thinking of now that they'll have some legit ammunition? Remember, a fully healthy Warriors team ran through the fucking league, even without Durant.

I don't want any Wolves fan to take this blog the wrong way. I know this little run is most likely the bright spot of your season. I'm intrigued by their trio moving forward. I just want what's best for a franchise that has been getting its dick stomped on for over a decade. So that's why you need to start losing again. Play well, but find a way to blow it at the end. Everyone in the high lottery does it. The Cavs are really good at that. They always feel like they are in a game until the end. That's the path. If you think big picture, doing what you can to ensure a top 3 pick is more valuable to this franchise than winning these meaningless games down the stretch.