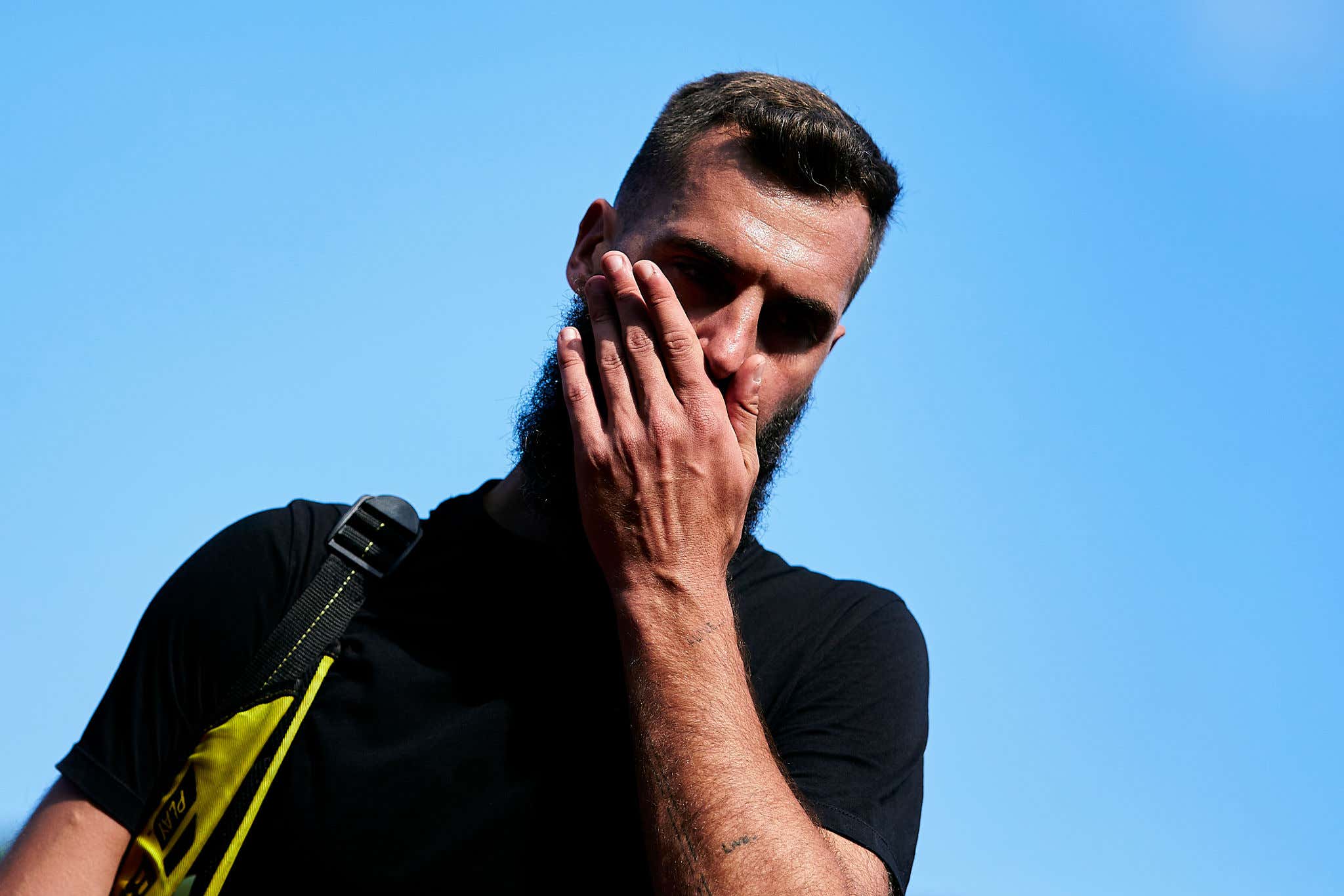 Remember our pal Benoit Paire? I filled you in on one of my favorite athletes in the world last month. Since the restart of tennis following the covid shutdown, Benoit has refused to give any effort on the court. He feels as if he's a prisoner to the sport and what it's become.

The 31 year old former number 18 in the world has now lost 13 of his last 14 matches. Nothing has changed and he's compared playing tennis in front of a limited or empty crowd like playing in a "cemetery." To be honest, I don't entirely blame him for those thoughts. Tennis is a sport that relies heavily on a crowd following big, emotional, tiring points. When all you hear are a few claps it's just not the same. It's tough to get amped and fired up when the situations are like this. When we last checked in on Benoit he talked about his plan when entering tournaments nowadays….

"I lost in the first round, so much the better: I will be able to get out of the bubble fairly quickly and enjoy a few days before Miami, "I'm hoping to be able to go to the beach and the pool."

"I'm not happy on the court. I don't touch my racket [in between tournaments] at all. It makes no sense to pay anyone on tour at the moment.

"Tennis is not my priority for the moment. Getting out of the bubble is the only goal I have at every tournament."

"I arrive, I take some money and I go to the next tournament: I do my job"

"I'm on my own. I have nothing - no coach, no physio… I'm not training. I'm not ready for the big matches.

Here's how he's fared since the end of last September… 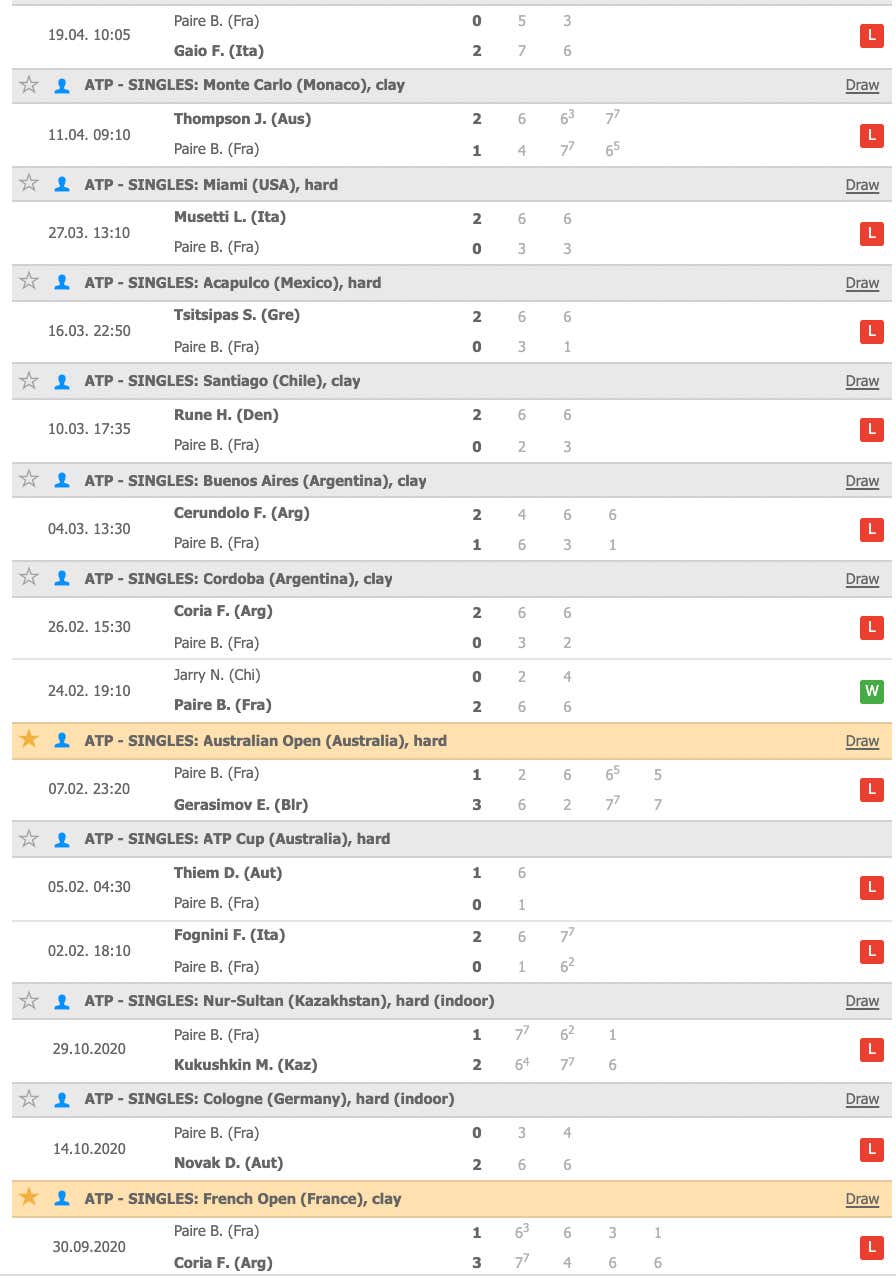 Not sure what Nicolás Jarry was doing in February, but he found a way to lose to a dude who would rather be on the beach than competing professionally. Benoit Paire feels like a man behind bars when he's on the court. Here he is celebrating his loss in the Miami Open.

I'm not entirely sure why he keeps entering tournaments, but I love every second of it. It's not like the pay for a first round exit does anything for Paire. He's made plenty of money in his career, what's a few thousand dollars to him?

On top of not trying, Paire has had several instances where he's spit in the direction of umpires mid match. Not great. He's a loose cannon who feels trapped. All he wants to do is get to the beach. The French Tennis Federation rewarded him by taking him off their Olympic team.

I mean you can't be sending a guy who loses on purpose to the Olympics. He'll just get out immediately and try to have sex with everyone in the village while looking for the nearest body of water. His response to losing 13 of 14 matches and being kicked off his own country's Olympics team because they are ashamed of his actions?