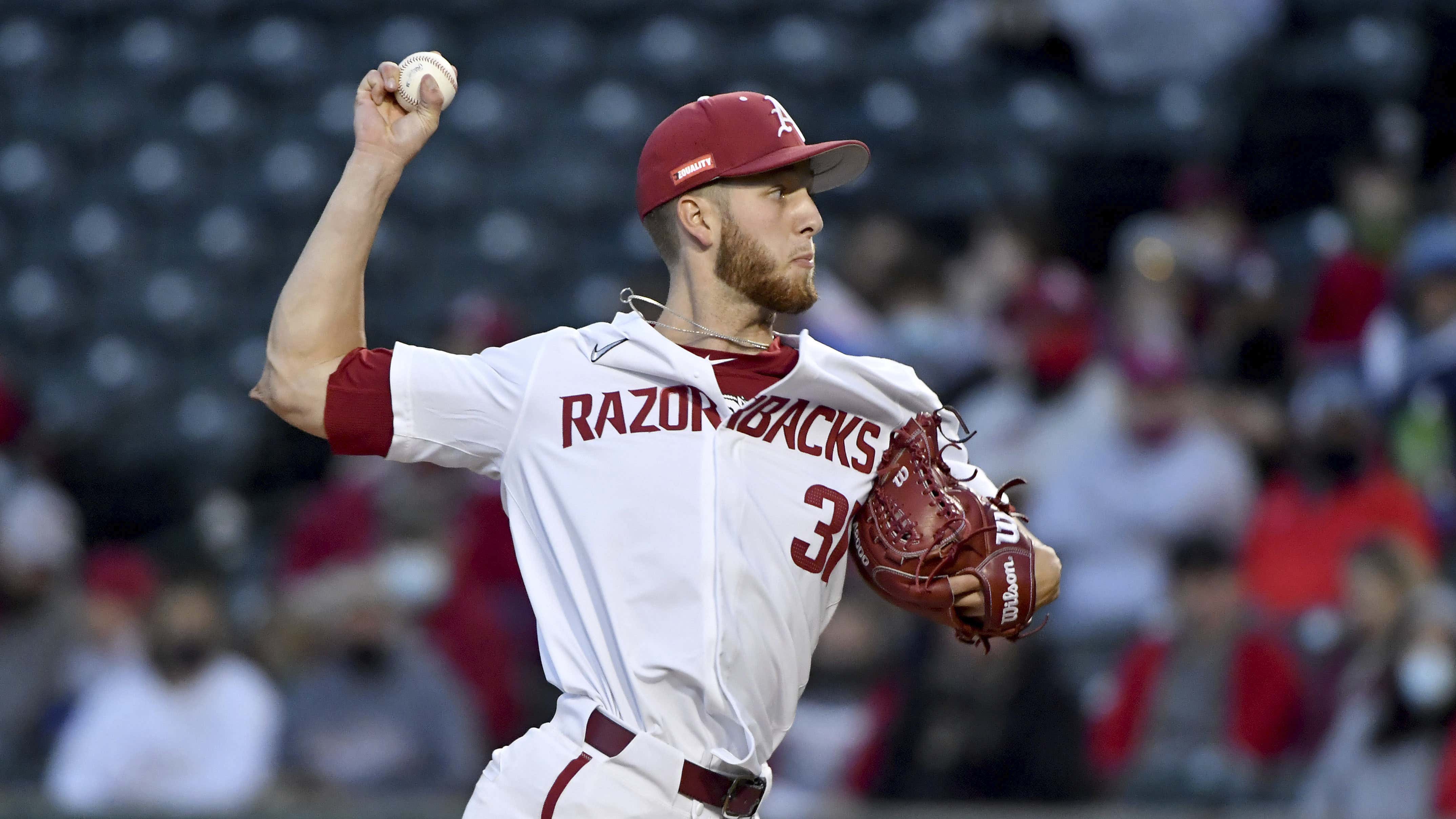 After a couple series between four of the five best teams in the SEC this weekend, the picture both in that league and nationally is starting to really take shape with just a few weeks to go until conference tournaments. Arkansas and Vanderbilt further solidified themselves as clearly the two best teams in the country this weekend, while some other programs outside the SEC made big moves as well.

Arkansas Takes Series on the Road at South Carolina

Arkansas proved once again why it's the clear No. 1 team in the country this weekend, as the Hogs went on the road to Columbia and took two of three from No. 11 South Carolina. The series win keeps UA's streak alive of being the only SEC team this season to win every conference series.

In the other massive series in the SEC this weekend, No. 2 Vanderbilt beat No. 4 Mississippi State twice to certify itself as the clear second-best team both in the conference and in the country. Kumar Rocker threw a complete game giving up just one earned run on Friday night and the Commodores got a 7-4 win in the rubber game on Sunday to take the series.

The Bulldogs are certainly right there, though — along with Tennessee, South Carolina and Ole Miss — as an Omaha-caliber team. The depth in the SEC is unreal this season, even by its own standards.

Texas and TCU Are the Best of the Rest

An interesting storyline throughout this season has been which teams will establish themselves as the real threats to all the squads from the SEC, and it appears that it may be two schools from the same state.

No. 3 Texas took its weekend series from No. 24 Oklahoma State — although the Longhorns' 16-game winning streak was snapped in the final game — and TCU won its series against Kansas to move to 29-10 on the year and up to No. 5 nationally. The in-state rivals will square off in two weeks and that series should tell us a lot about who is best poised to come out of the Big 12, though both seem like they could be bound for the College World Series if things break right.

This week's POTW comes from the West Coast Conference, where San Francisco's Landen Bourassa threw a complete game shutout of Portland with 16 strikeouts and no walks. He gave up just three hits over the nine innings and led to Dons to a 5-0 victory.

Nebraska's Cam Chick made an insane diving catch in the Cornhuskers' series finale with Michigan State to save extra bases and keep his team in the game that they'd eventually win 9-6 in 12 innings. The series win improved Nebraska to 20-7 this season.

And don't sleep on the Big Ten-leading Huskers, either. They're certainly a squad that could make some real noise in the NCAA Tournament.

Uniform of the Week: East Carolina

Purple and gold with pinstripes really does it for me. That's how you design a baseball uniform. And the boys at ECU have a lot more going for them than just sick unis this year, as they're now 28-7 and sit at No. 10 in the country.

College Baseball Moment of the Week: The Ohio Bullpen

It doesn't get much weirder than college baseball bullpens and it looks like the Ohio Bobcats are the embodiment of that. I have no idea what is happening here, but I do know that I would love to spend nine innings out there with those guys. They look like fellas with some interesting opinions on some things.