PUT SOME RESPECT ON KAMARU USMAN'S NAME, LADIES AND GENTLEMEN!

The Nigerian Nightmare just capped off one of the best UFC cards in recent memory with a CARTOONISH knockout blow and some vicious ground-and-pound that put Jorge "Gamebred" Masvidal OUT COLD for the first time in his entire UFC career. Rocky levels of spit/sweat came off Masvidal's noggin, and his limp body bounced off Usman like I've never seen before; head bouncing off his shoulder - the "WRESTLER" one-punch KO'd Jorge "Gamebred" Masvidal.

Afterwards, Usman put the title around his father, Muhammed Usman - who just recently got released from the federal prison he spent 15 years in for health insurance fraud (altho Kamaru claims he never committed any crime) - and it was an amazing full circle storybook moment for them as well....

Masvidal gave Usman all the props in the world, and admitted Kamaru's got his number before assuring his daughter that he was fine....

Hopefully tonight makes Kamaru Usman a superstar, because he deserves it - fourteen UFC wins in a row is just fucking crazy…

….and now the public knows these wins can come by spectacular fashion.

Dana White has already said that the Colby Covington rematch will be next for him, and while I think that's a tougher fight for Usman than Masvidal, I still think it'll go to the Nightmare. Dude is a fucking monster, and now that he's teamed up with Francis Ngannou, he's even scarier! 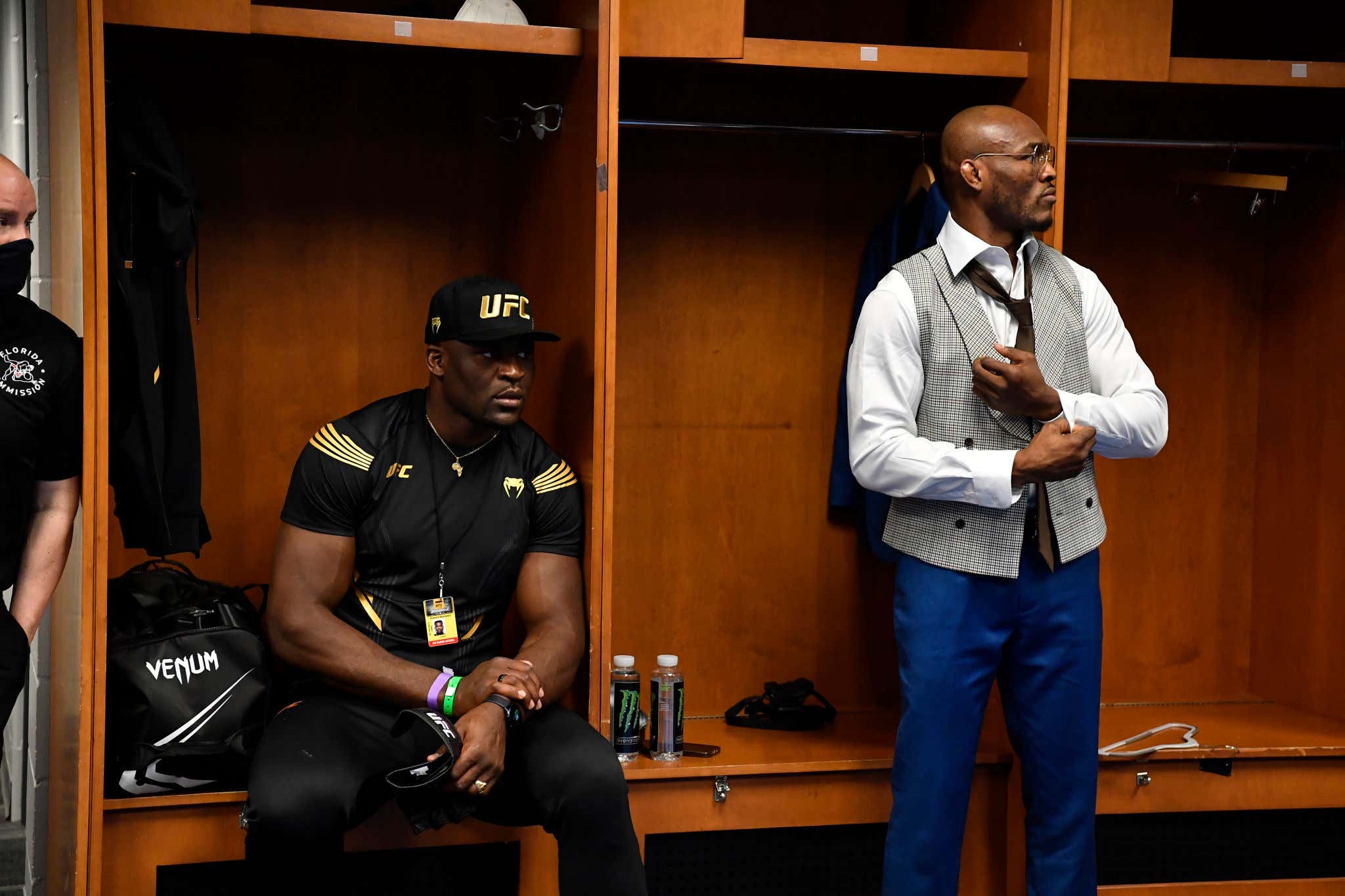 Tonight was an amazing reminder of what mixed martial arts at its best looks like.

Except when Weidman's leg snapped.