I've been meaning to write this blog for basically 10 years now but haven't really seen the right moment until doing battle with Jeff D Lowe. And at this point it's no surprise we're talking Dog Walk Snake Drafts - the Barstool Chicago weekly show that puts you guys directly inside our brains. I don't have enough time or composure to give a thorough history lesson but the big point is that it's evolved to really cater to our guests and I love it. Such an advantage to having an expert authority on our draft topics from Tank & Soda to Trent & Road Trip Snacks. It's been a delightful progression and I think it will only get better.

That said, I'd be remiss not to circle back on chain restaurants to hammer home my appreciation and enthusiasm for a good clean meal at Benihana. When it was announced we'd be drafting sit down chains, I knew there was truly only one place that would give me the confidence to go at Jeff D Lowe. Lucky enough, I found myself picking first overall. I had no choice but to set the tone for my big board. The experts agreed.

In real time, it was nice to get some momentary praise from Jeff D Lowe for going outside the box. It was nice to hear WSD was trying to grab it in the 1st or 2nd before coming back to me. I enjoyed the hype and giving Benihana the appropriate respect it deserves.

But deep down I was also creating a problem for Future Carl. The type of problem that could only be solved with 2+ hours of good hard work. My issue?

An insatiable, immovable craving for Benihana.

Making matters worse - the draft had just been released and there's been a marketed increase in poll integrity throughout 2021. This means I had to be tactful in my pursuit of midday Hibachi. I couldn't bang on the Benihana drum too hard without risking a fully compromised election process.

But even so, I needed it bad.

Truth be told there's really no inappropriate time for hibachi. Especially with 4 convenient locations across the Chicago metropolitan area. 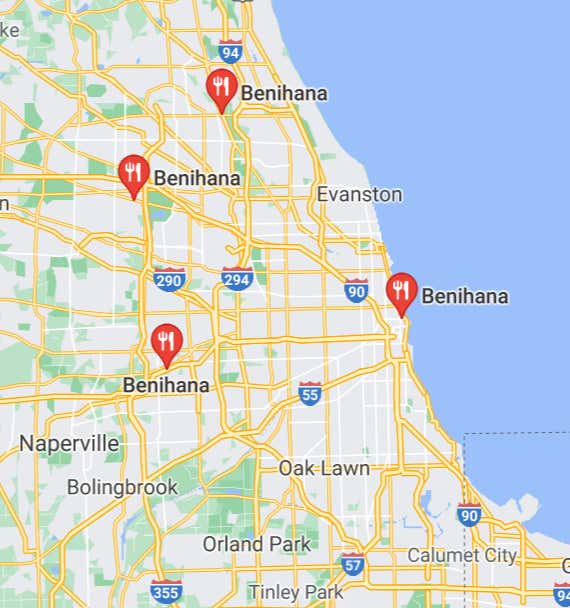 But remember - you just can't go alone. Not shaming people who dine alone but for Hibachi purposes, you need to be moving in even groups of 2-4-6-8. Lucky for me Social Media Danny just got a full-time promotion so it was a no brainer to extend an invitation. Nothing says "let's celebrate your hard work" quite like a 2.5 hour lunch miles from our office in the most densely populated parts of the city.

Not always, but sometimes you have to just soak up the good life and try to enjoy yourself.

It's also important to have someone around to hold the camera for a lineup preview. Thank you Danny.

I blame my wonky audio on the sake. Such a blindspot for me any time I eat Hibachi and quite honestly I don't really want that to change. Sake has such a rich history and tradition that it would actually be stupid for me to turn it down. Hot sake on a cold day can really bring a Hibachi table of strangers together. In this specific case it didn't but the effort counts.

Speaking of effort, Hibachi chefs are an underrated group of community members. They need more respect for the cookware skills.

So now that the stage is set, let's step back and talk about the nuts and bolts of Hibachi. I kept some notes on the meal that I have organized for your review:

- Don't be the first ones there. Danny and I had a 2:30 reservation but you don't sit until the last group shows up. That meant a solid 20 minutes at the bar paying $6.75 for a miller lite. Aggressive price point but then I remind you we're at 875 N Michigan. There's a Best Buy on the 1st floor. You pay for location.

- The dinner menu doesn't open util 4pm which can be good or bad depending on your perspective. Bad because the lunch menu is much smaller and lacks the Emperor Combinations that keeps so many coming back. But good because you can't break $200 on a lunch menu unless you get really heavy handed with the sake. These tradeoffs, while nice, are the kind of things I want to decide for myself.

This really hurt us because Danny was keen on getting the Ocean Treasure entree. It was devastating to hear our server turn him down on such a special day.

Also credit to Danny for trying to pull off a lobster lunch. Dream big guys because you shoot for the moon and land upon the stars. Something like that.

- Actually the best pairing you would ever want at a hibachi. Not worth a big diatribe here but you know things are okay when you have this kind of skyline on the table

- We ended up going double barrel combo on the lunch entrees. I had chicken and scallops with a shrimp appetizer and beef fried rice. Danny had steak and shrimp with a side of scallops and three servings of yum yum sauce. Guy has a real appetite for the yum yum where the rest of the table really focused on the ginger sesame. And while on topic of sauces, the salad dressing from Benihana is a 1st round salad dressing. I could drink it by the ladle that's not exaggeration.

- I forgot to slow down when they served me the food. I was scarfing everything the second it touched my plate, so by the end I was left with just the protein options. Personally I was embarrassed as I had the dining etiquette of a growing 14 year-old but that's the personal discipline that comes with a lot of Hibachi. I'll admit I have room to improve but by no means am I hanging it up. If anything it motivates me to go back and give another effort.

- Speaking of additional efforts, I was in extra luck because there's a Cheesecake Factory just walking distance away from Benihana 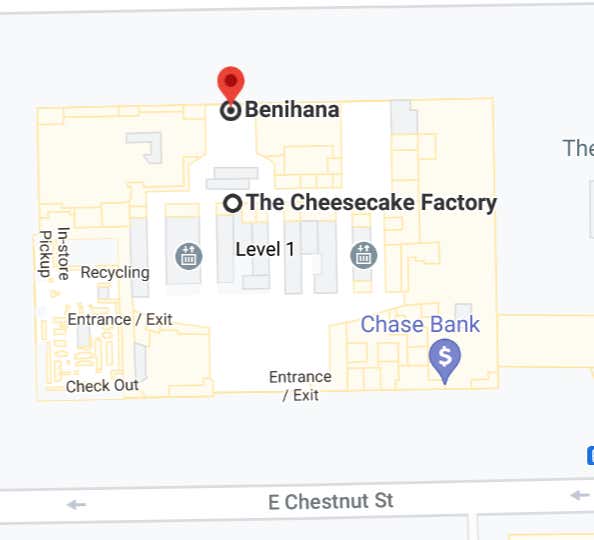 And by "walking distance" I mean they're just co-tenants in the same basement of the same building. You have to capitalize any time you get a chance to take down two of your top 5 sit down casual dining places. That's just good business. 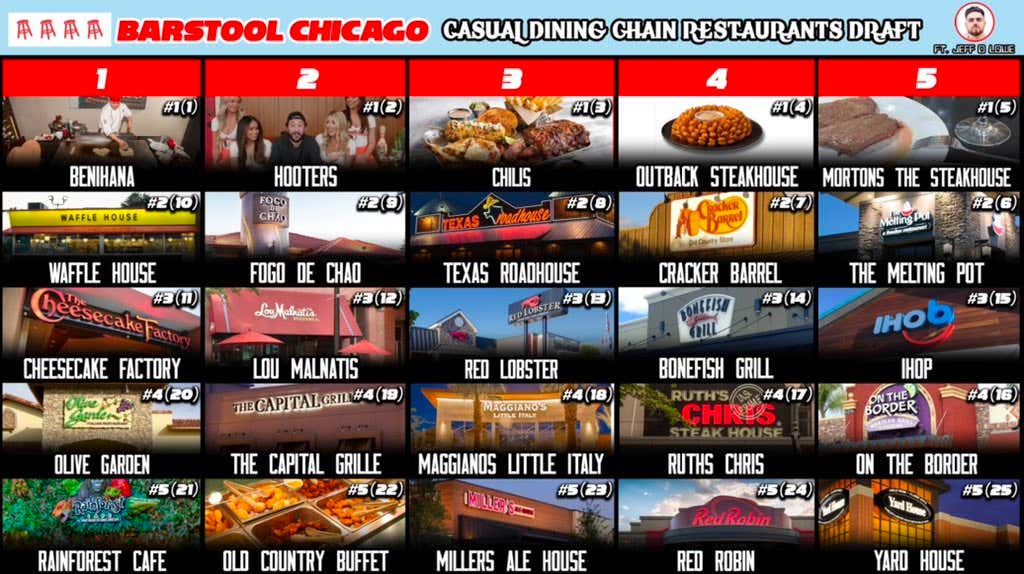 - I'm not saying best practice. You wouldn't do an Old Country Buffet after a Lou Malnatis. But if you could mix and match specialties, I recommend it. In this case it was an easy decision to go see the menu for myself:

If you remember there's legitimately 5,600+ words on that menu. Absolutely staggering amount of words if you're indecisive but that's not me. Not when you do your research and know your cheesecake.

6,000 calories and one kidnapped social media guy later, I got the information I needed. I knew deep down that my draft crushed, even if Jeff D Lowe won the pool. I was nervous Benihana would let me down or the cheesecake would suck but turns out that my 1st and 3rd rounders were decidedly awesome.

Overall it would have been a lot better if we could flex the dinner menu early. It wouldn't been nice to have the full body of appetizers available and the room buzzing. But there's not much room to beg & choose during the mid-afternoon of a weekday in a basement Benihana. The atmosphere isn't going to kill every time, but I can absolutely guarantee you that the food will regardless of circumstances.

For more on sit down chain restaurant analysis and just generally good podcasting: