On today's episode of LCB, we did a retro review of 1995's Mortal Kombat ahead of our review on sunday of the new Mortal Kombat. Here is my review of that:

There a lot of movies out there that I would describe as lovably bad, and this is definitely one of them. Unlike a lot of video game adaptations, this is truly made for fans of the game and it really doesn’t give a fuck who knows it. It sometimes drags, but is engaging. It’s corny, but funny! It’s poorly acted, but its charming!

Speaking of the acting, I think I sort of forgot how seriously Robin Shou and Cary Hirayouki tagawa  took the movie and how non-seriously basically everyone else took it. Shou had been working in Hong Kong wire fighting movies for a long time already and his fight scenes were legitimately awesome and looked intense. Tagawa really leaned into it and gave a dramatic performance. The rest of the main cast were not fighters and that was very obvious, but they also weren’t particularly strong actors which hurt what they could bring to the table.

The effects are not great in retrospect, but I do think that the 90s I would have freaked out and thought it was awesome. There are definitely some issues with how they balance CGI vs practical, especially since some characters like reptile are 100% CGI but then you have Goro who is just a massive wearable puppet thing. However, the shooting on location was awesome, especially since that would be so rare in almost any video game movie now. They actually filmed a lot of the sets on an island off the coast of thailand that they had to get to by canoes.

It’s hard to stay super objective rating it, but I;ll stick with my score on it. It’s faithful to the game, but it’s still pretty crappy. 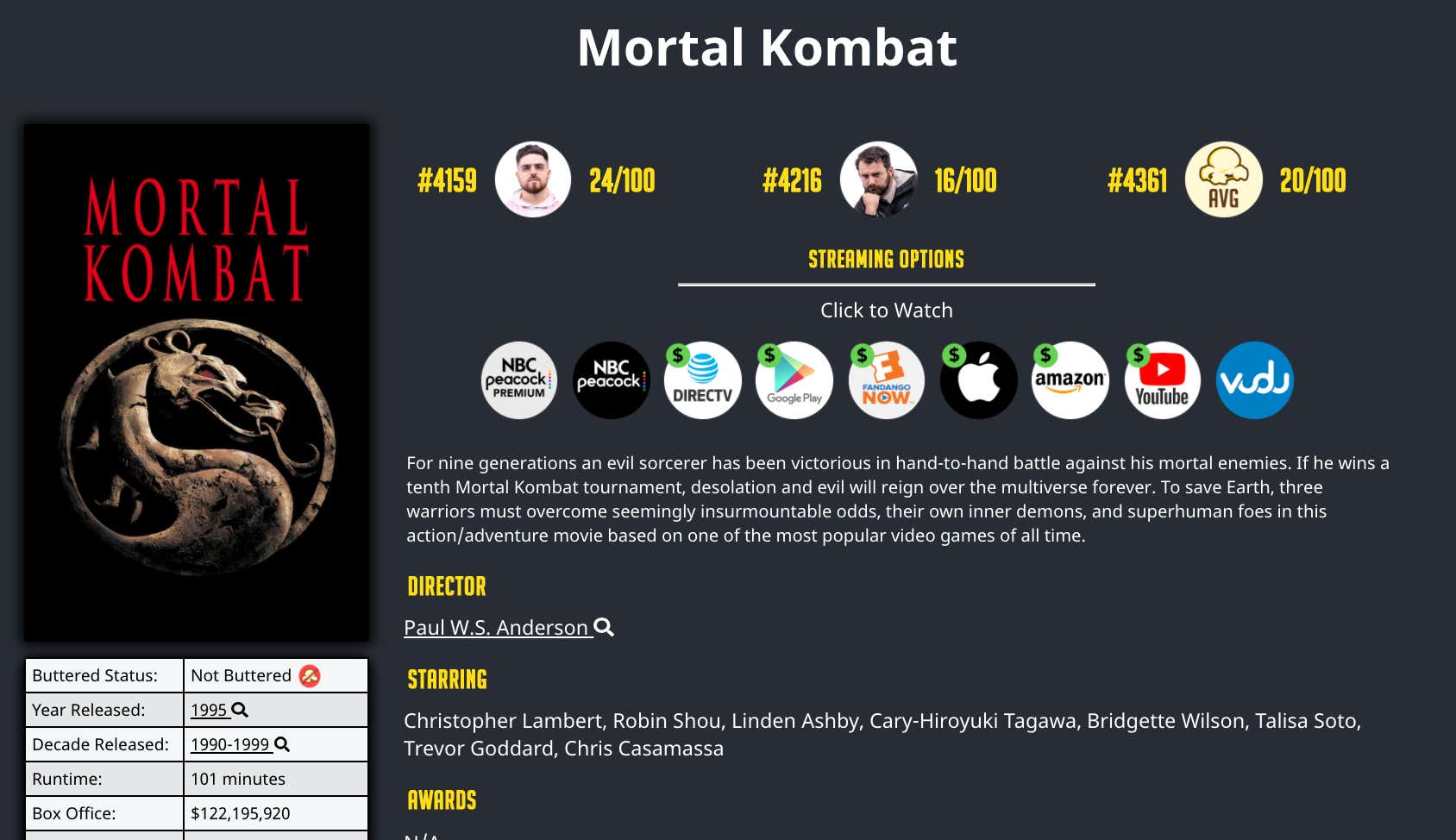 That said, MK was not even close to the same stratosphere of horribleness as Annihilation. The original took a pretty modest budget of $18 mil and flipped it into a box office hit. Audiences responded to it because it was loyal to the game (with the exception of not showing gore which was bullshit) and had solid fights and passable effects. Annihilation was given nearly DOUBLE the budget of the original, and somehow the effects, fights, acting, plot, and pretty much everything else got REMARKABLY worse. It's hardly even an actual movie, it's that bad. If you haven't watched the video that lead off the blog, I'd highly reccomend watching through the entire thing.

Maybe the worst single contributor was James Remar, who replaced Christopher Lambert as Raiden. I swear to god, watching this might make you think they just grabbed him right off the street and he had never acted in his life. Now, as a fan of Dexter (at least, at first), I know he's got it. But god damn, what the fuck happened here? Give our review a listen below