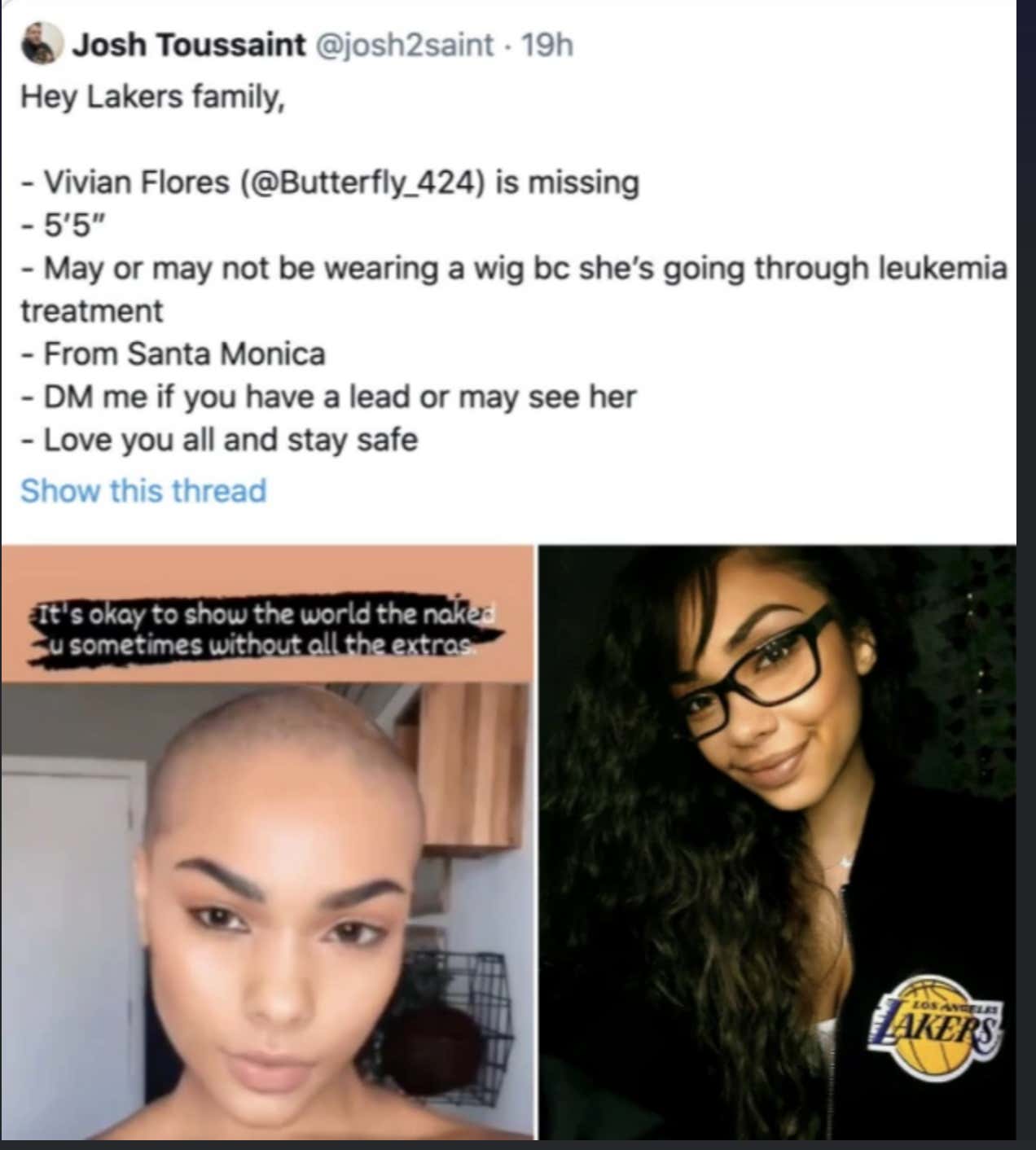 NY POST — NBA Twitter — and of course, Kevin Durant — is obsessed with an alleged catfish mystery involving a popular podcaster.

In a developing story that still has many unanswered questions, Vivian Flores — a Lakers podcast host who goes by “@butterfly_424” on Twitter — is at the center of catfish allegations, following a claim that she went missing on Sunday.

Wild story that was brewing on NBA Twitter last night and all day today — one that was kind of hard to follow, not being in LA and not being a Lakers fan who listens to Lakers podcast, honestly. But it was interesting  enough that I dove in, and boy was it worth it. Not since Manti Teo's girlfriend have we had a catfish operating at this level (allegedly) — a not-unsuccessful LA podcaster well known enough to have O'Shea Jackson and Markieff Morris tweeting about her, The Lakers reaching out to help her, and Kevin Durant asking about her on Spaces.

The podcast — "The Laker Point Podcast" — debuted March 23rd and has dropped 3 episodes so far, featuring the two hosts: Vivian Flores (aka @Butterfly_424) and Josh Touissant. Flores also does social media for "Lakersfanatics.net" — basically she tweets a fucking shit ton all over Twitter, all about basketball, all the time. That's it though, just tweets — no videos, no live streams or webcasts, just the good old-fashioned written word.  Keep that in mind, in case you somehow managed to get this far without reading the headline.

Everything was going great until Sunday night, and this is where I'll start the timeline and try to go point by point:

1. Sunday night: Touissant sends out some worrying tweets —  Flores was missing, and her family was asking for help to find her.

NY POST - The situation began when Lakers fan and “The Laker Point” podcast co-host Josh Toussaint announced on Twitter that Flores was missing in the Los Angeles area. He urged to help locate the Santa Monica native, who he said is currently receiving treatment for Leukemia.

Toussaint later tweeted screen-grabs of alleged messages from Flores’ sister Aly, which came from Vivian’s Instagram account, informing him that she had gone missing. Toussaint said he received permission from Flores’ sister to spread the word about her supposed disappearance.

While not like, the internet's biiggest superstar, Flores (or the person using the name Flores) was like, known. Known enough that Ice Cube's son, actor O’Shea Jackson Jr., and Lakers forward Markieff Morris retweeted Toussaint’s message, and he even claimed the Lakers reached out on Twitter to help him find her. 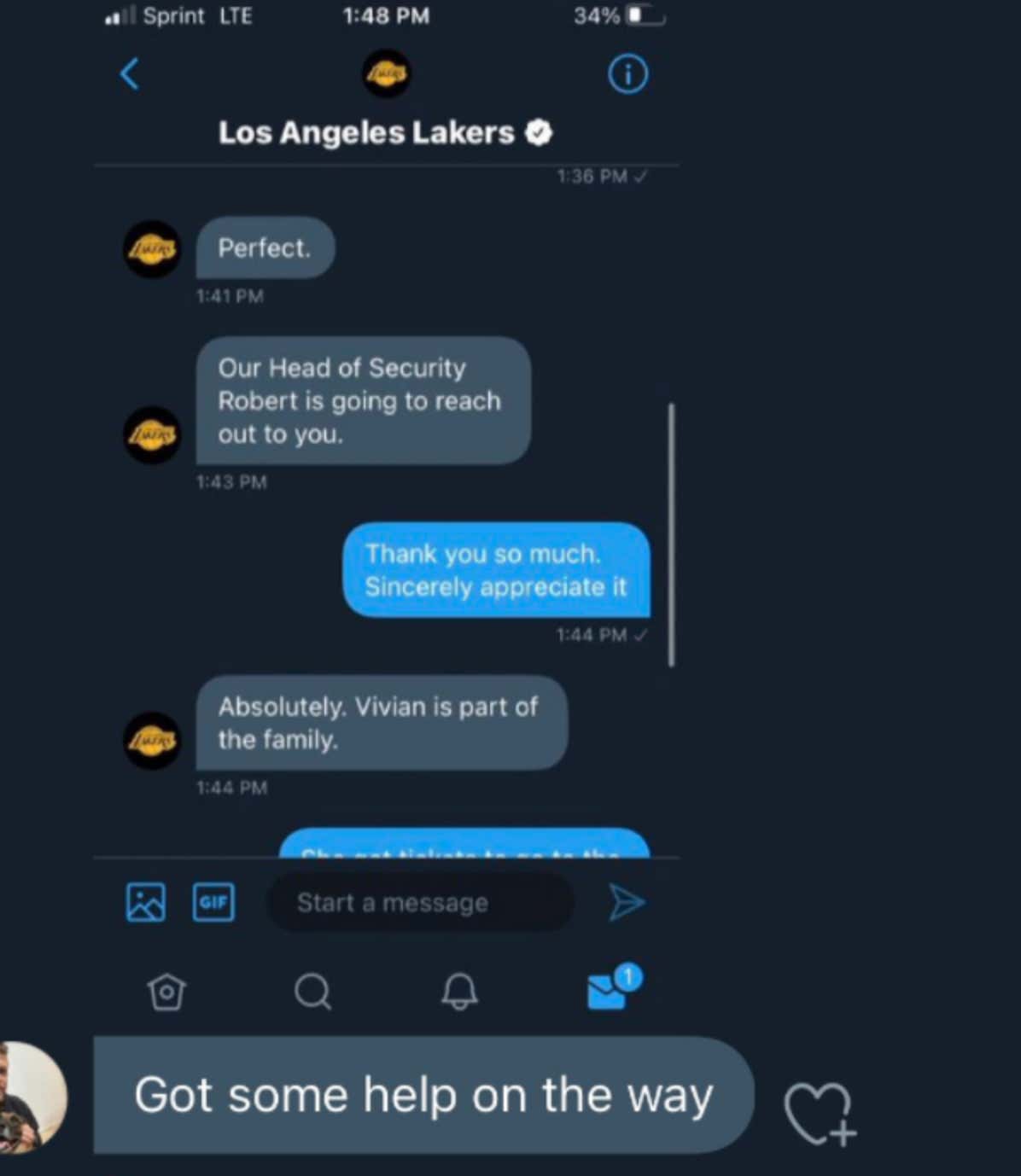 2. Questions arise about Flores, call her bonafides into question — namely: that she exists.

The main accusation of catfishing came from @ItsKingsBruh, who said he has been catfished back in the day by "Vivian" who was then a member of Raiders Twitter.  This took place in a Twitter "Spaces" — where Kevin Durant was hanging out, of course.

Wait wait wait a minute, what is there to even suggest that this "Vivian Flores" is not a real person? Because she was missing for 3 hours, we're jumping to "you don't exist?"  This just some more Twitter conjecture like usual, trying to ruin somebody's life? I haven't even seen a real red flag yet.

Toussaint said he first interacted with Flores, via Instagram direct message, in February 2020, following Kobe Bryant’s public memorial at Staples Center. He said he’s never met or seen Flores in person, and when they worked together she wouldn’t communicate via FaceTime or video because of her “self-esteem”.

Her podcast co-host has never actually seen her.  Not in real life and not over the computer. Literally, he has never seen with his eyes that she exists. Hm.

Meanwhile, Durant, who was simply trying to understand the alleged catfish situation, began asking Kings questions such as: “So, you’re saying he [Kings] linked up with a bot?” and “Big Kings got catfish-ed for how long by another guy?”

3.  Oh yeah, as these catfish revelations were coming out, Vivian was found. Huge sigh of relief! 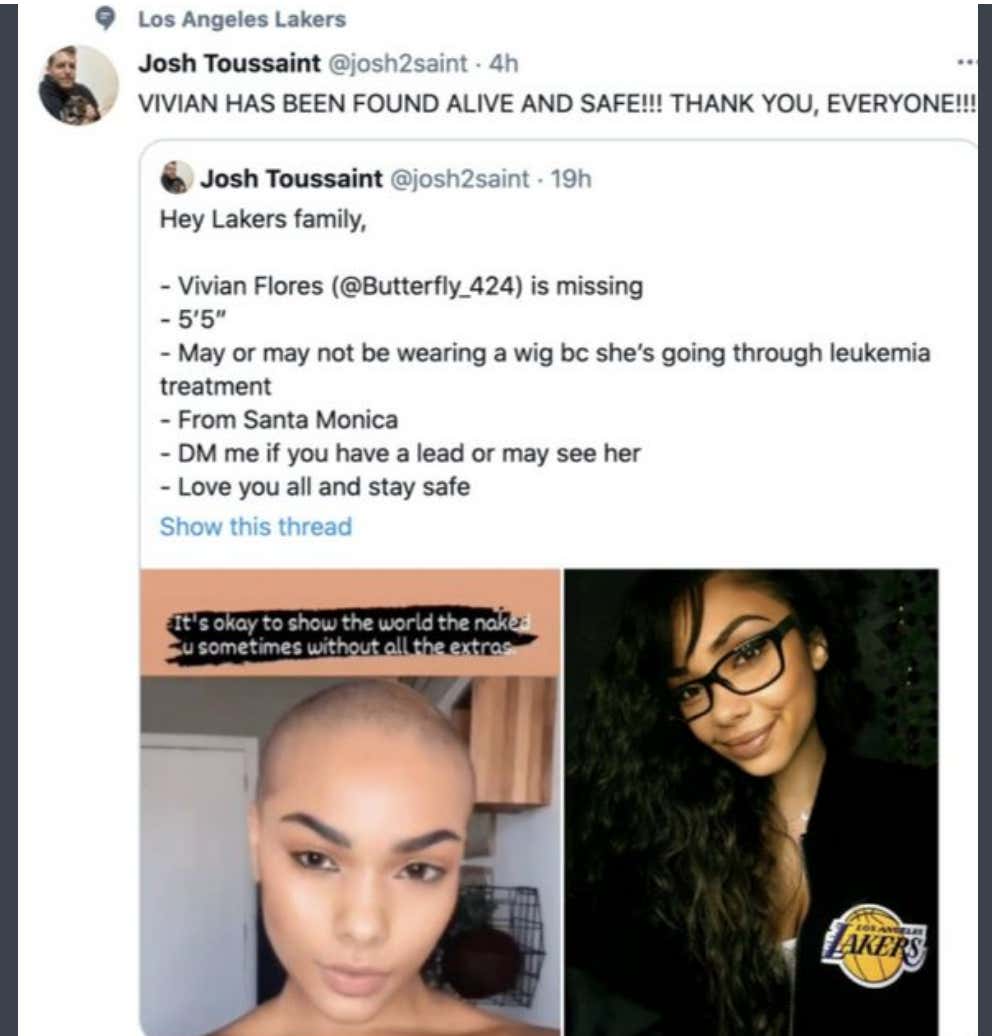 Unfortunately, nobody cared at this point, as they were becoming more and more convinced "Vivian" was somebody not named Vivian.

4. Throughout all this, NBA Twitter-tectives pored over the account's entire history of posting, looking for the areas of sloppy catfishing that invariably pop up, especially when you have so much material going so far back. 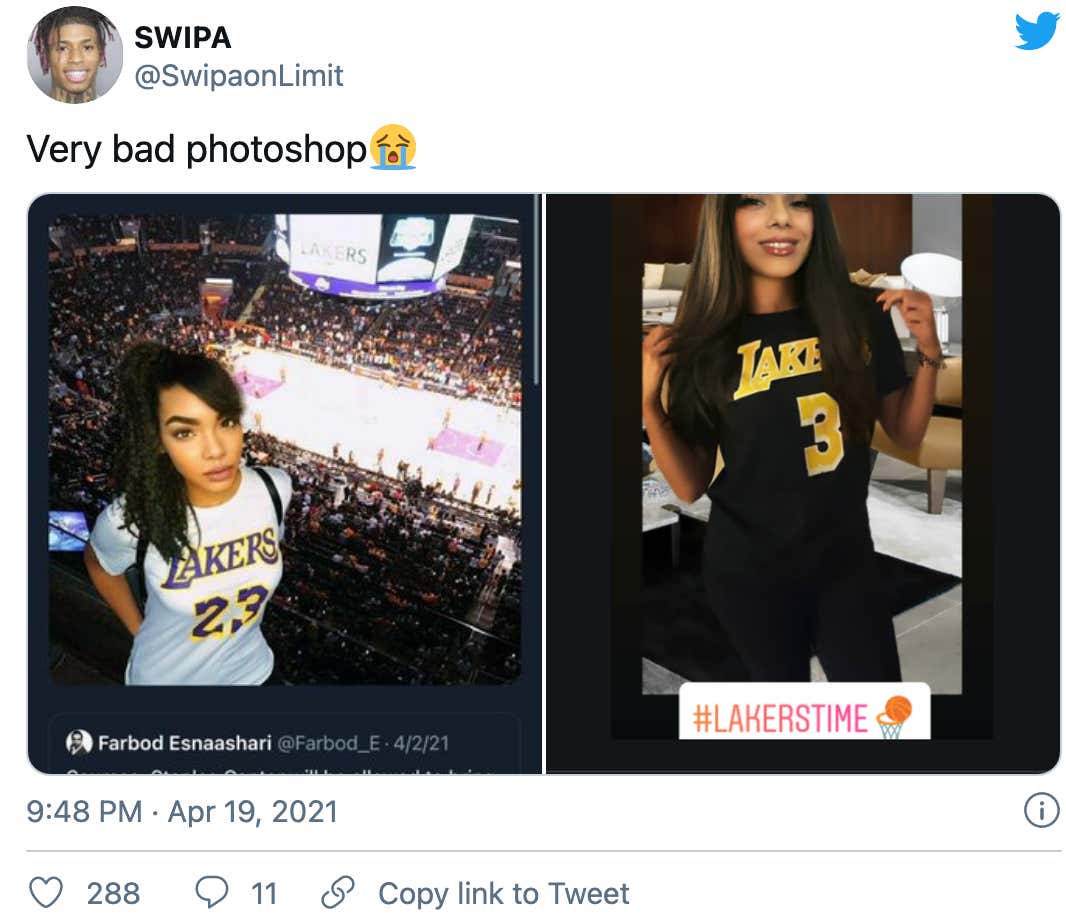 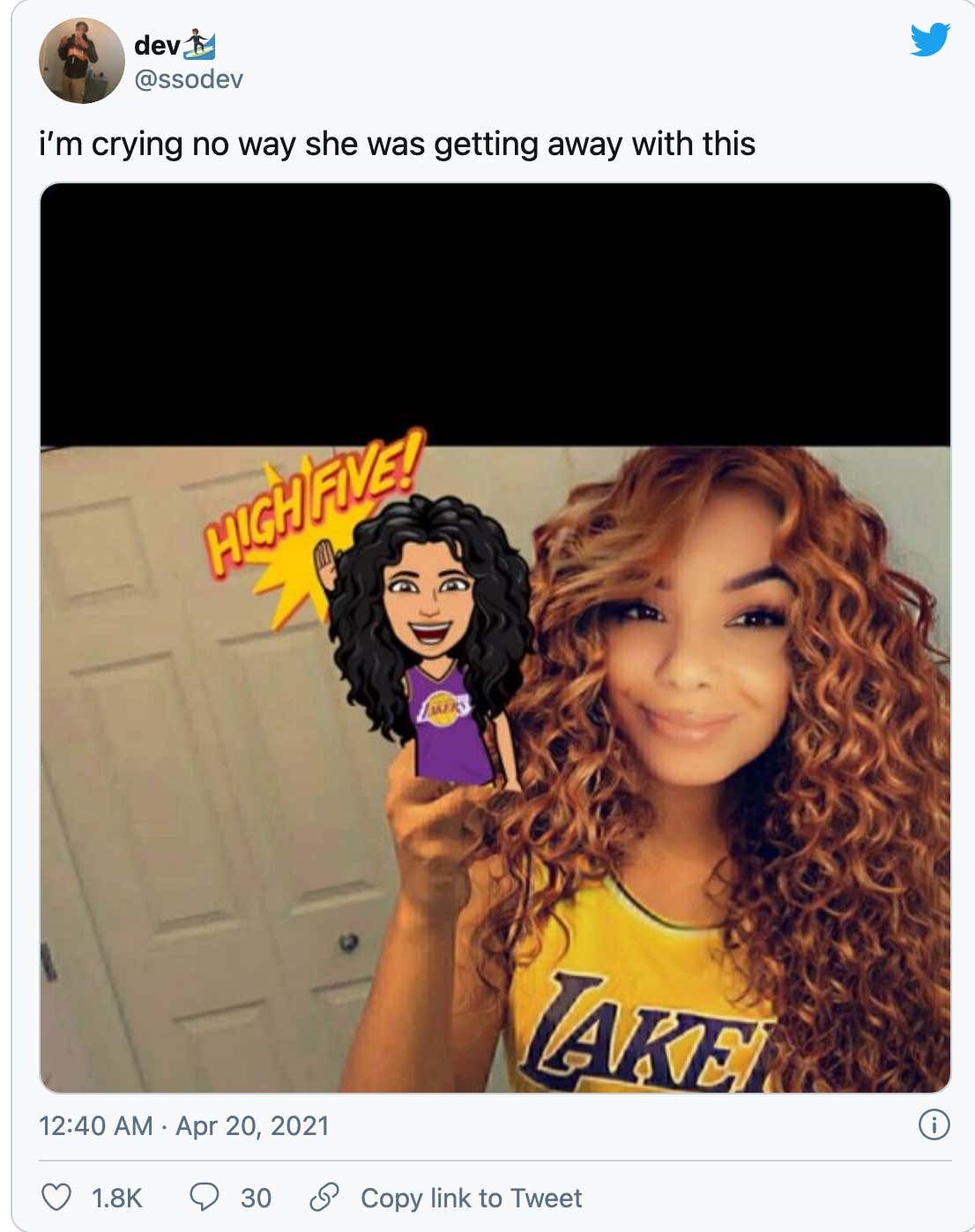 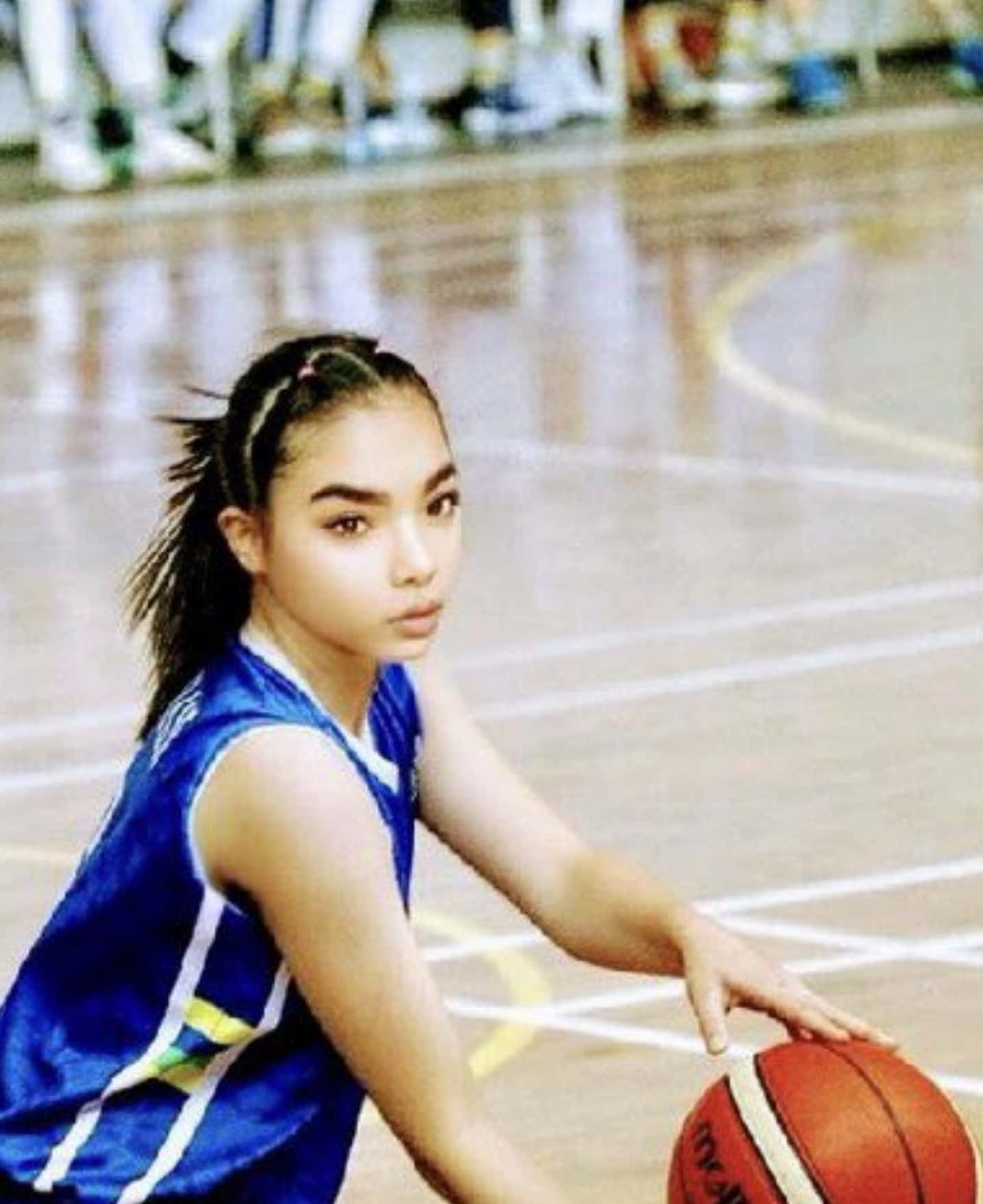 This one almost threw me off the scent personally, I saw the name was clearly "VIVIAN" and started to log off. Luckily everybody else wasn't so easily fooled, although in my defense, it's her first name. 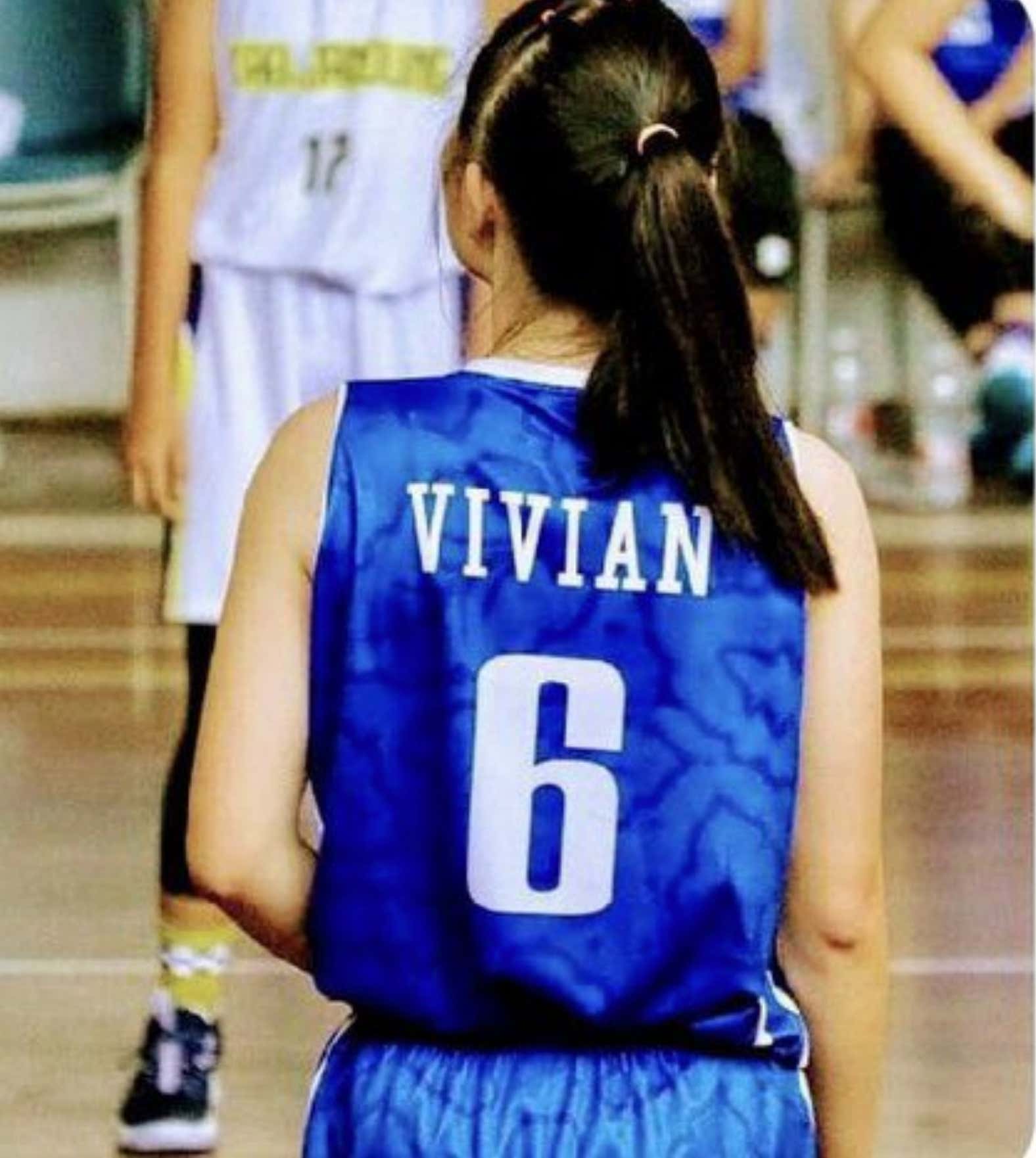 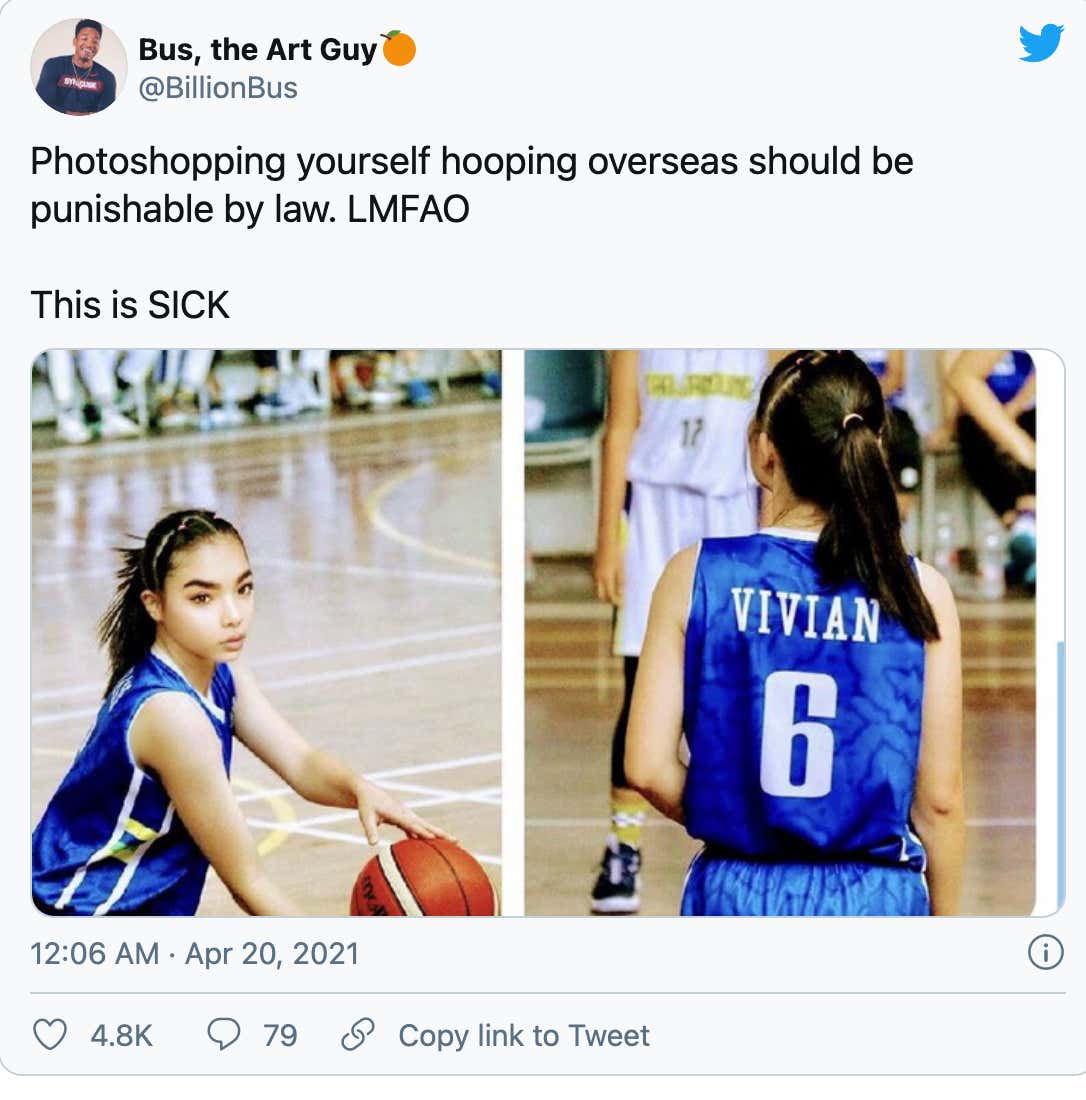 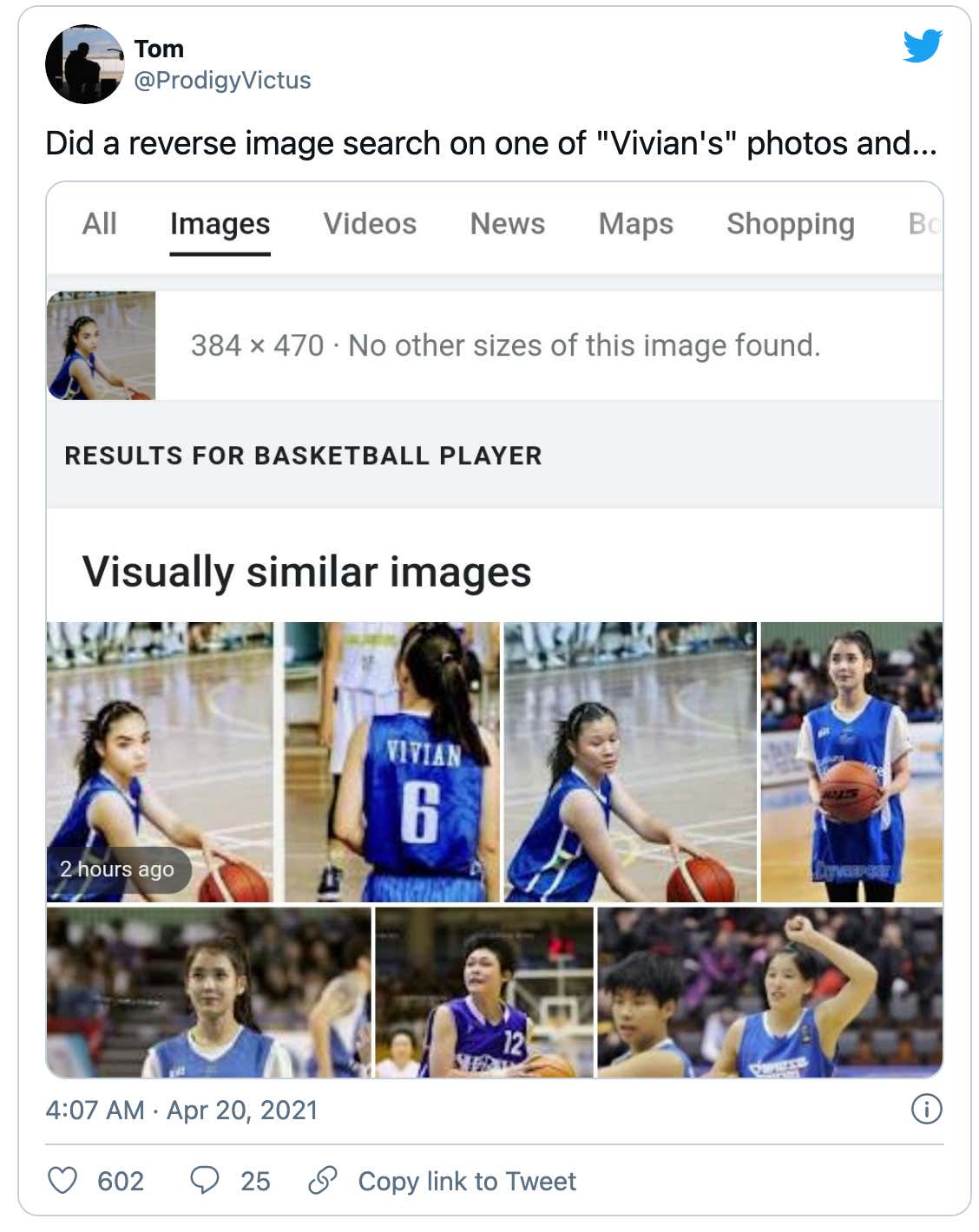 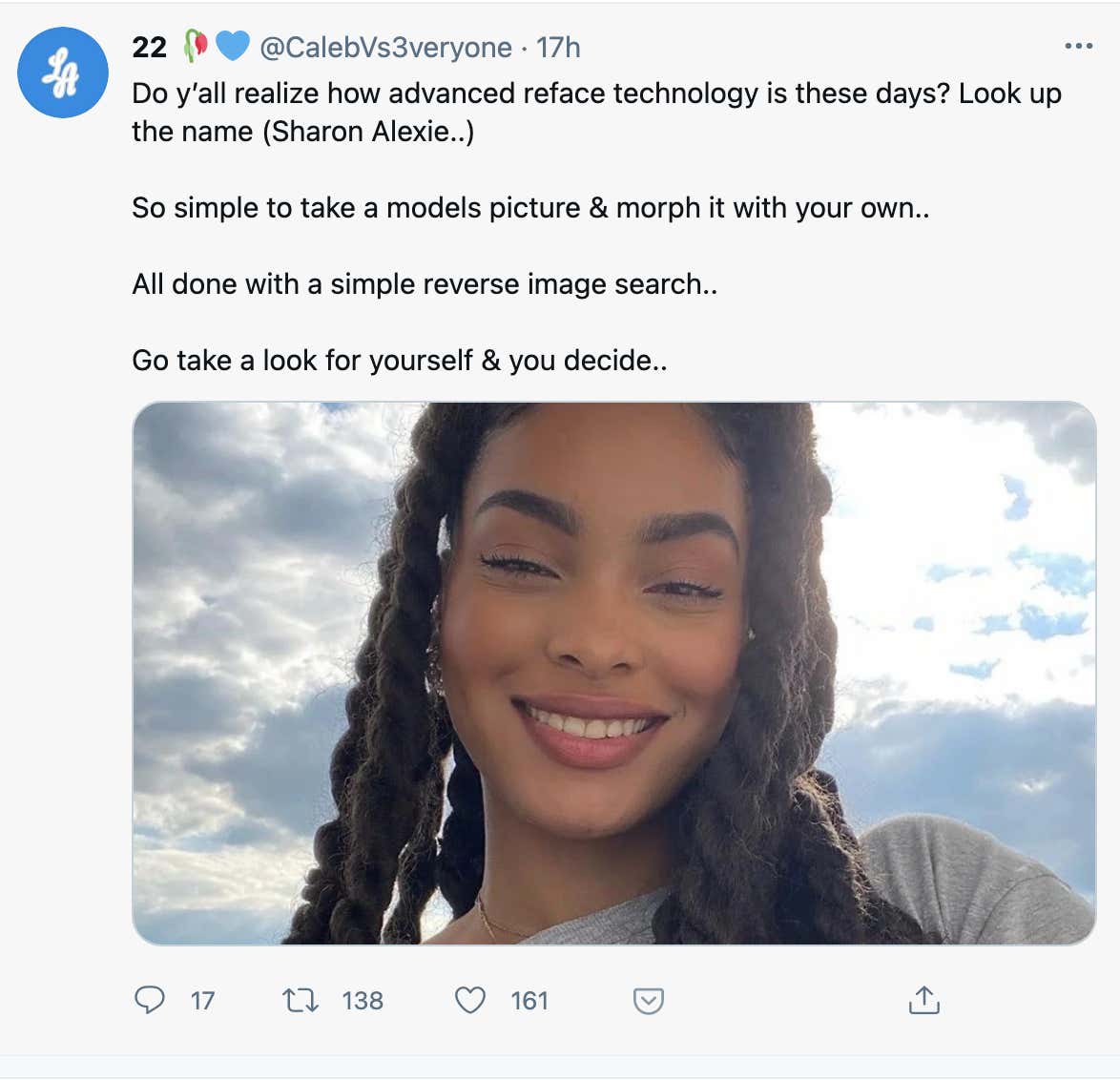 As the catfish theory developed, people started turning on the guy running a pretty successful Lakers podcast with her as the cohost…

5. Toussaint, now being heavily accused of being in on the scheme, confirms the catfishing and strongly denies all involvement — he was "duped."

Toussaint has since deleted his initial plea for help to find Flores due to accusations that he’s behind her account, which many critics believe could be a longtime cat-fishing scheme. He has since denied having anything to do with Flores’ Twitter account.

In a series of tweets since Flores was found, Toussaint claims he was “duped” by Flores, who he feels “betrayed” by after he thought they had become close. 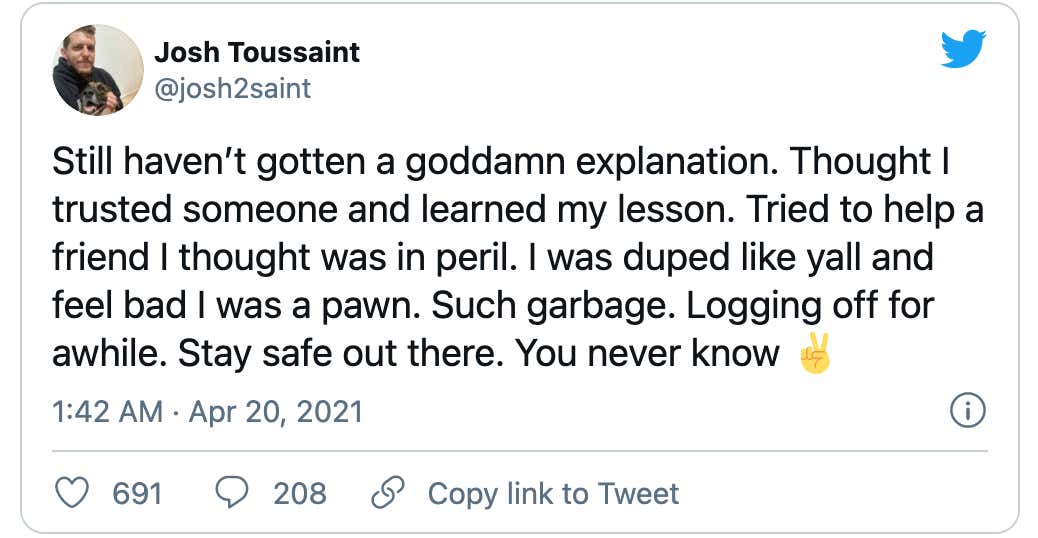 "Shit, how is that not working, I threw up the deuces and everything….what's it missing?" 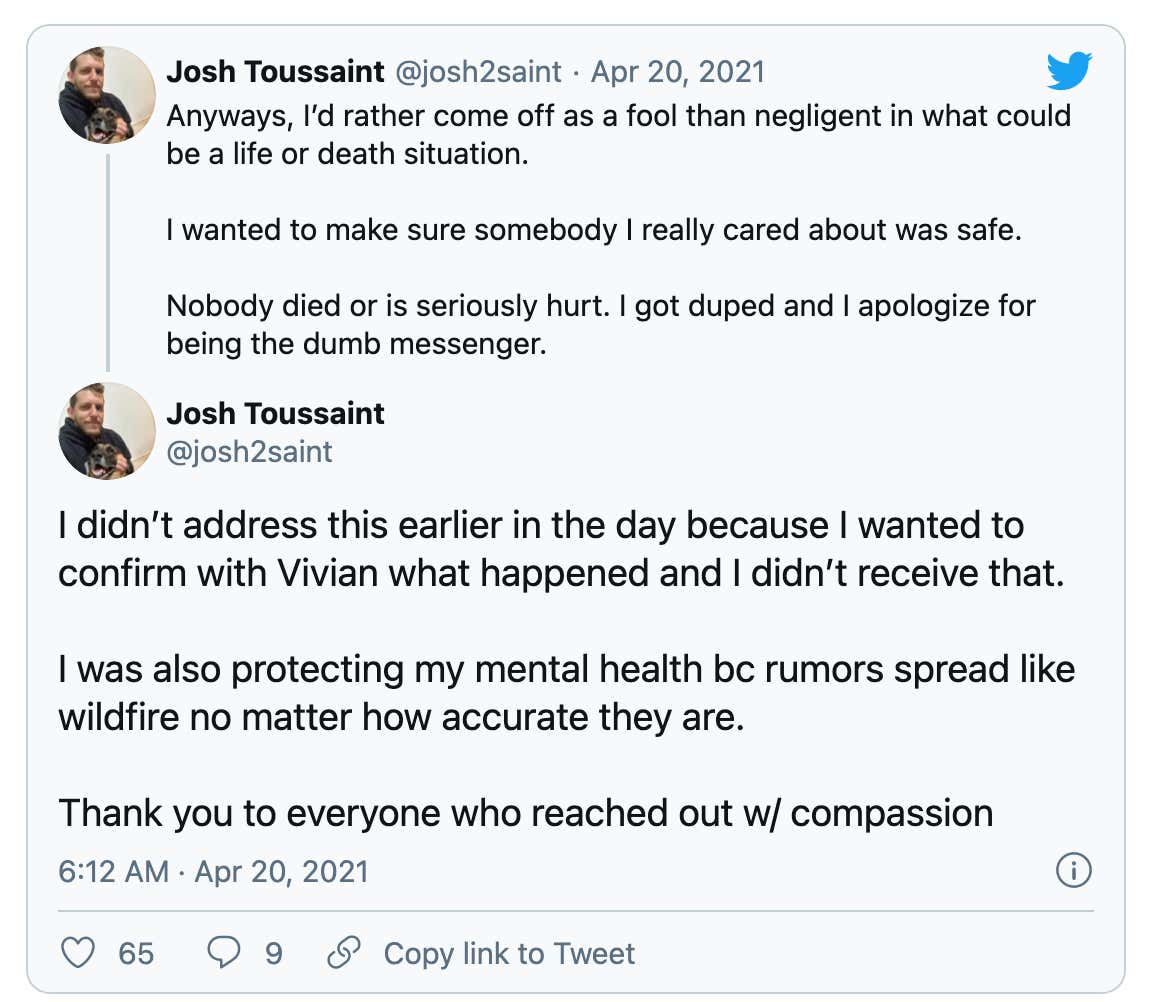 5B) Toussaint wasn't the only one defending himself -- Vivian herself (?) claps back at all the people doubting her existence, as she was "passed out from leukemia treatments" no less.

A couple of tweets letting yalls know yalls can laugh all yalls want but yalls wrong, she's really who she says she is. Even threw a VIDEO in for good measure but then accidentally deleted it I think for some reason. 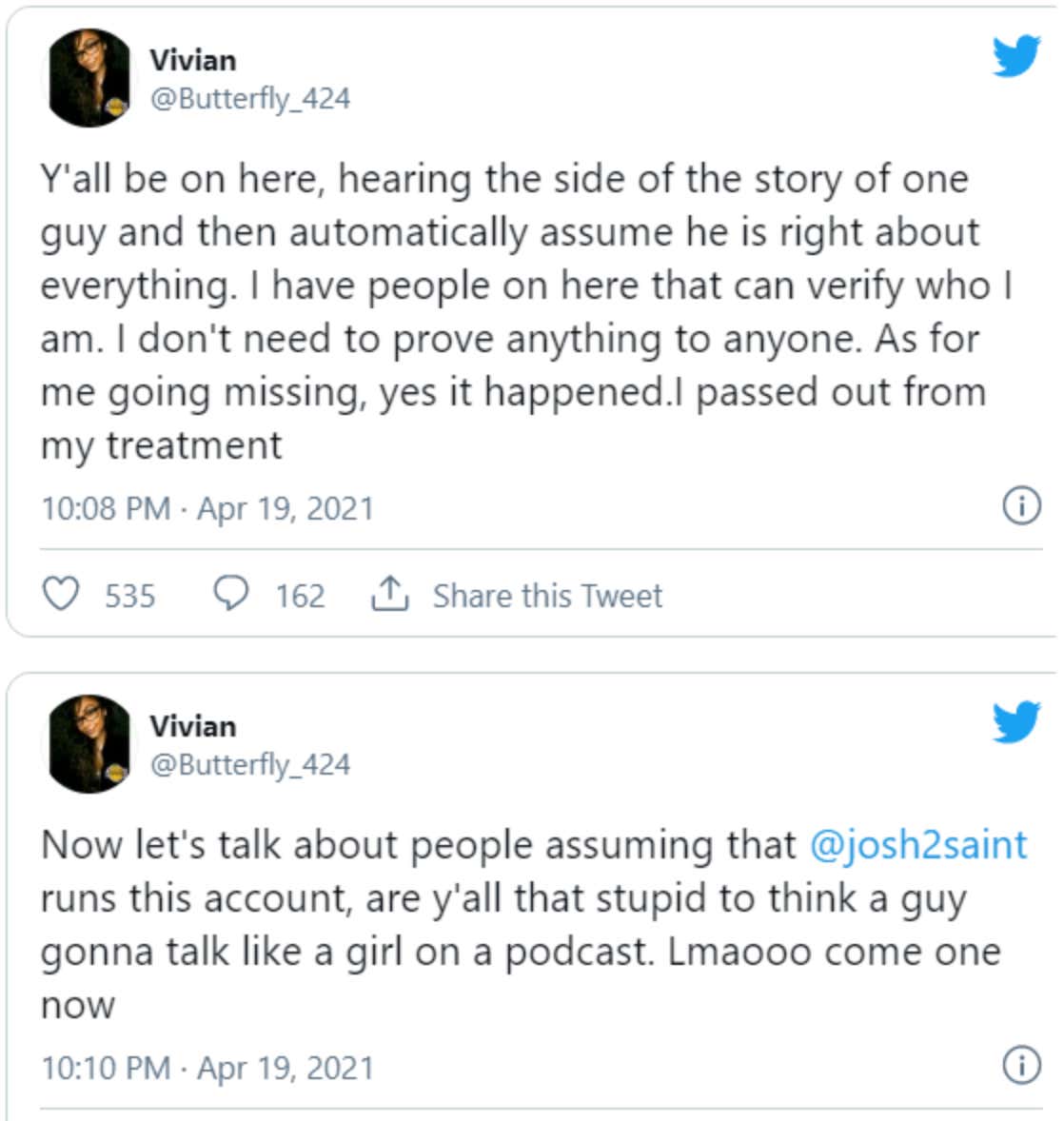 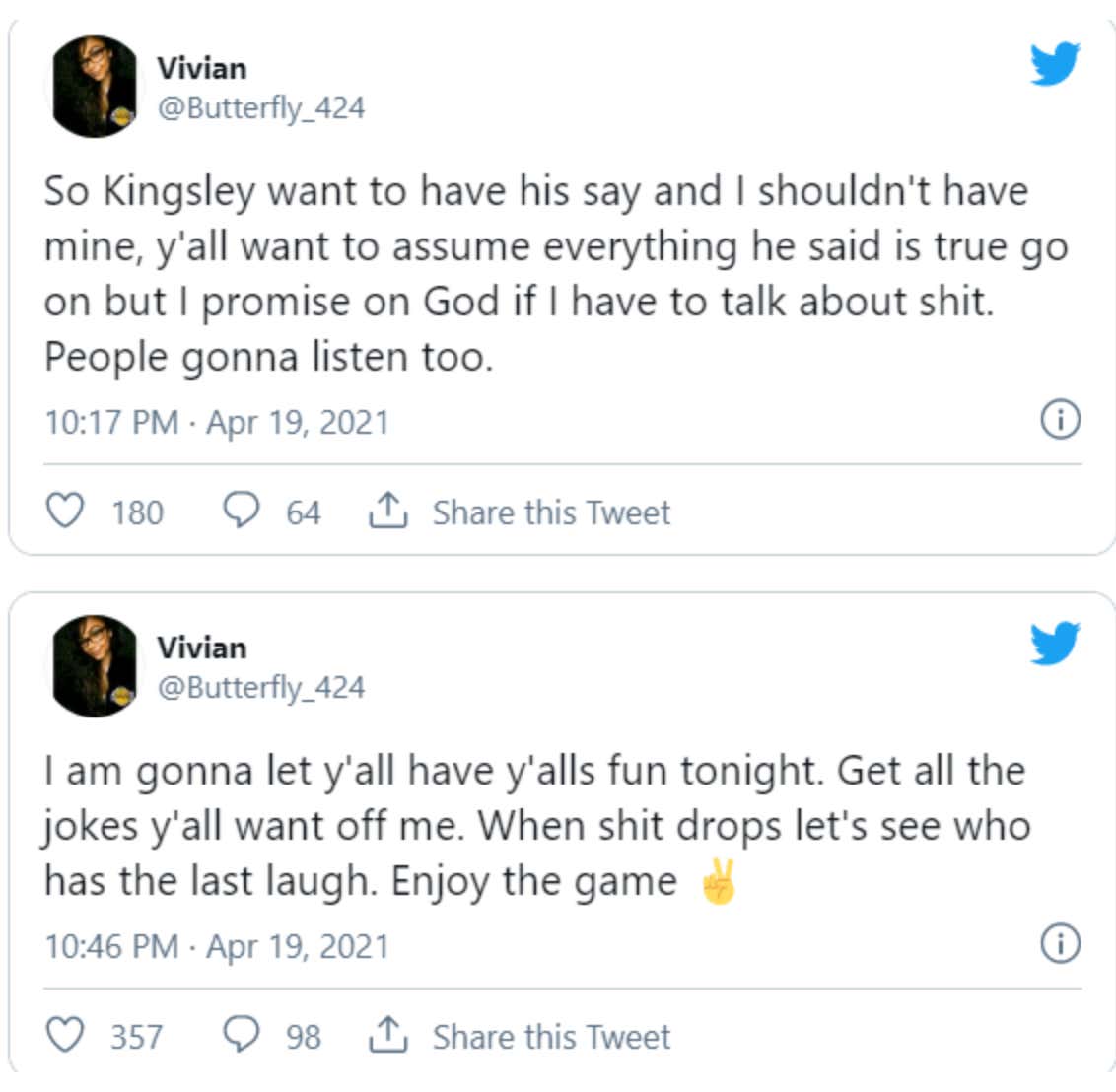 6. Vivian/Vivien just kind of goes away for a bit, as overwhelming evidence pours in, and theories abound. 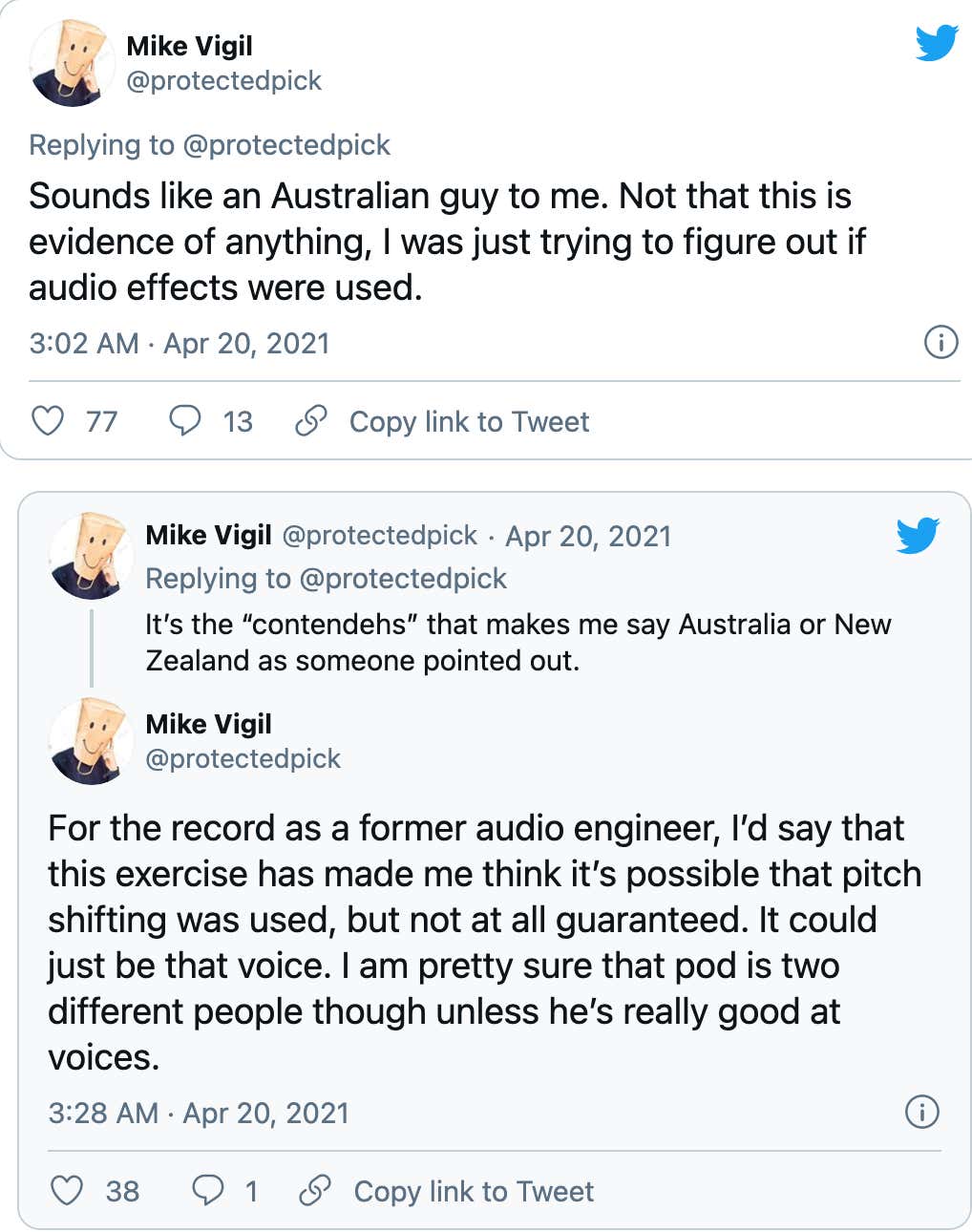 NFL Network's Patrick Claybon has never had more fun commenting on anything ever: 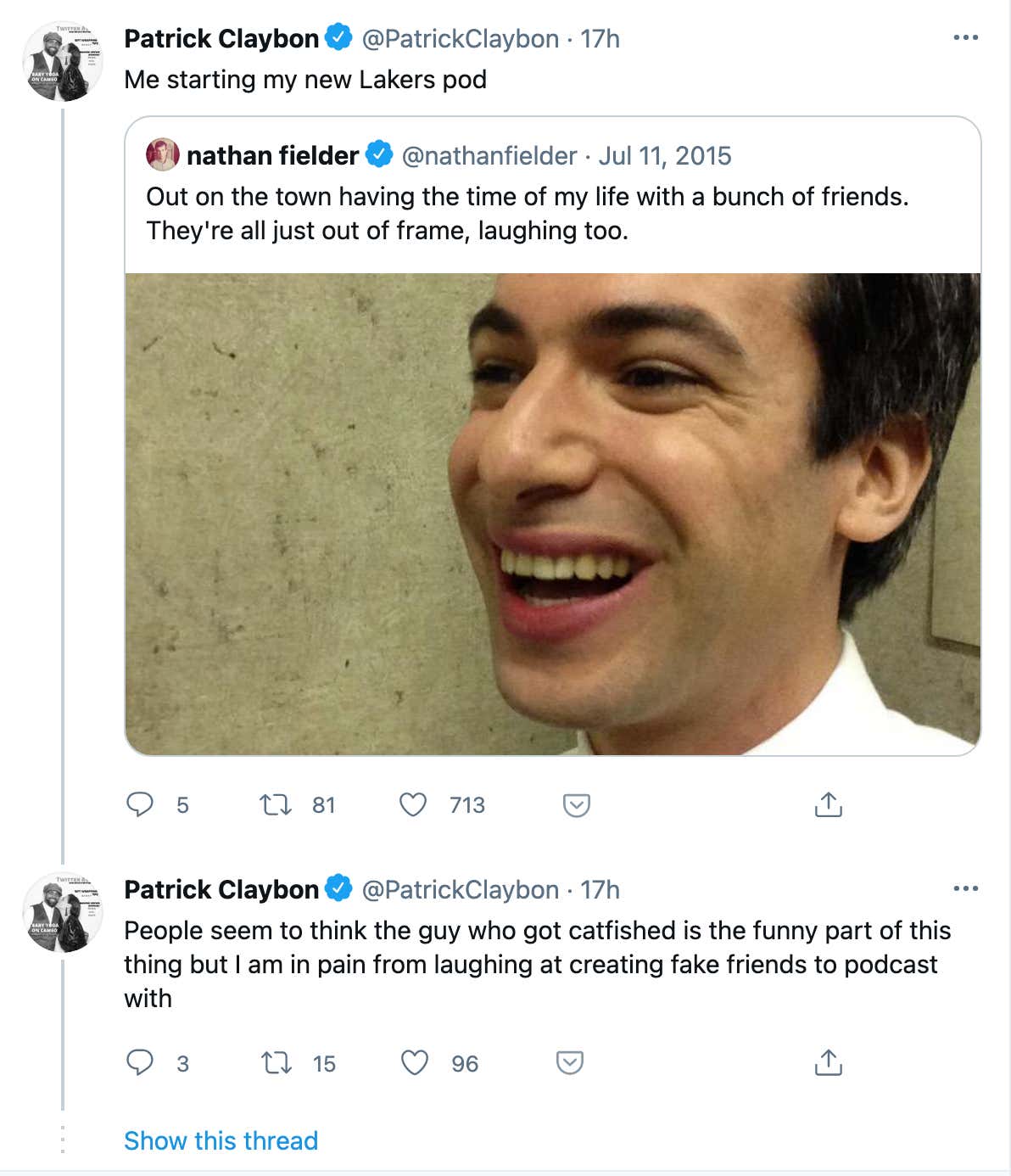 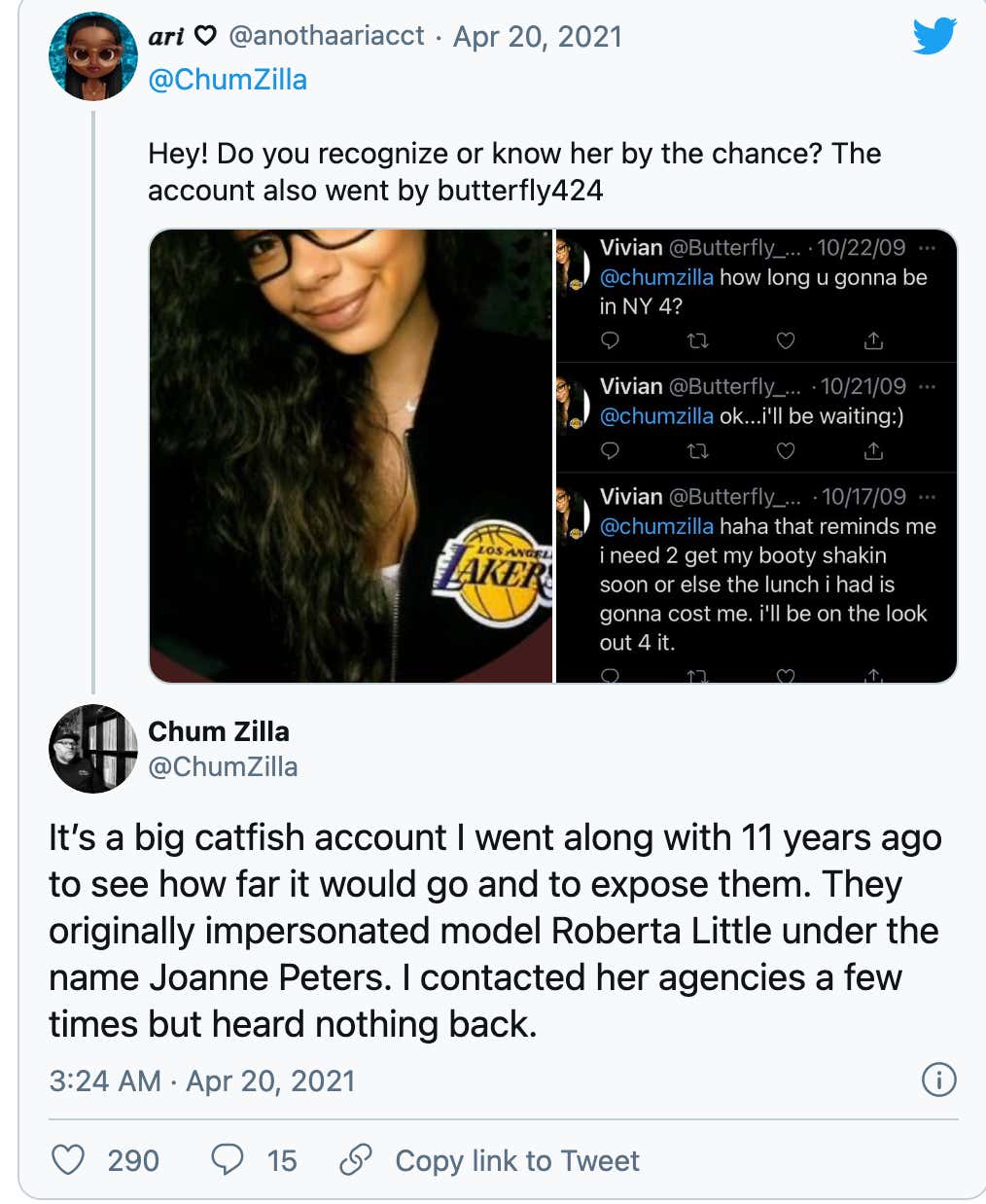 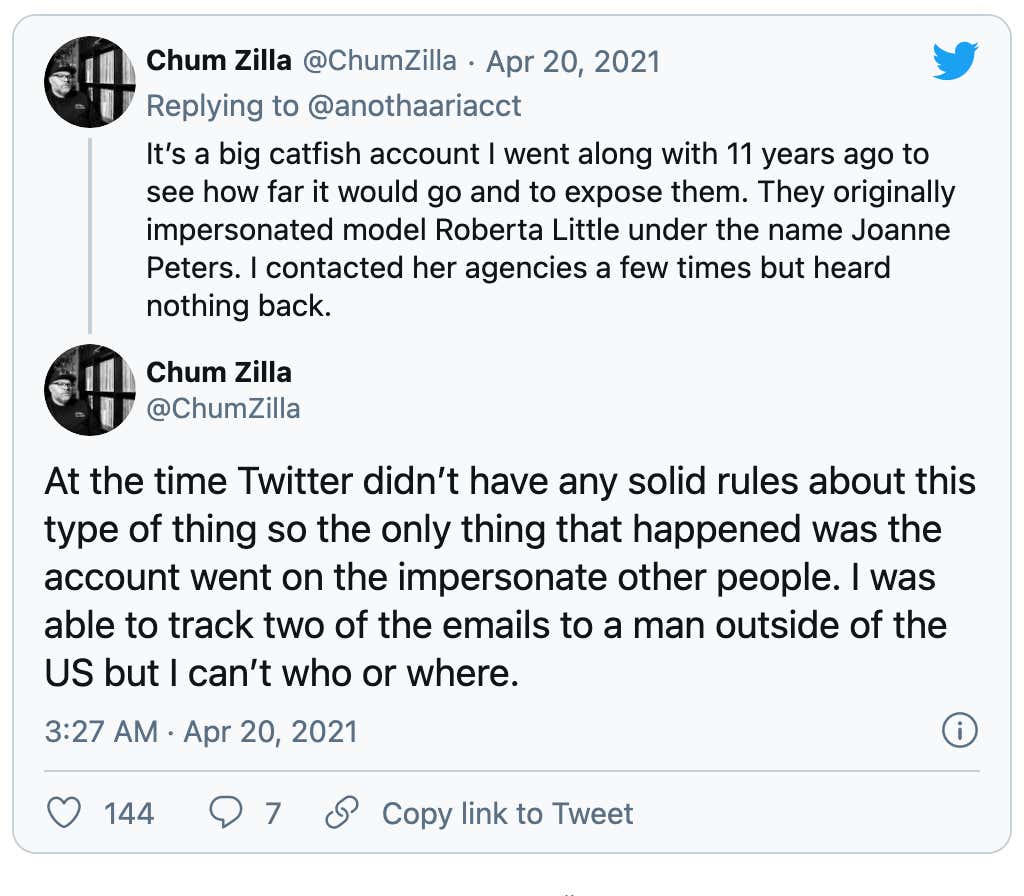 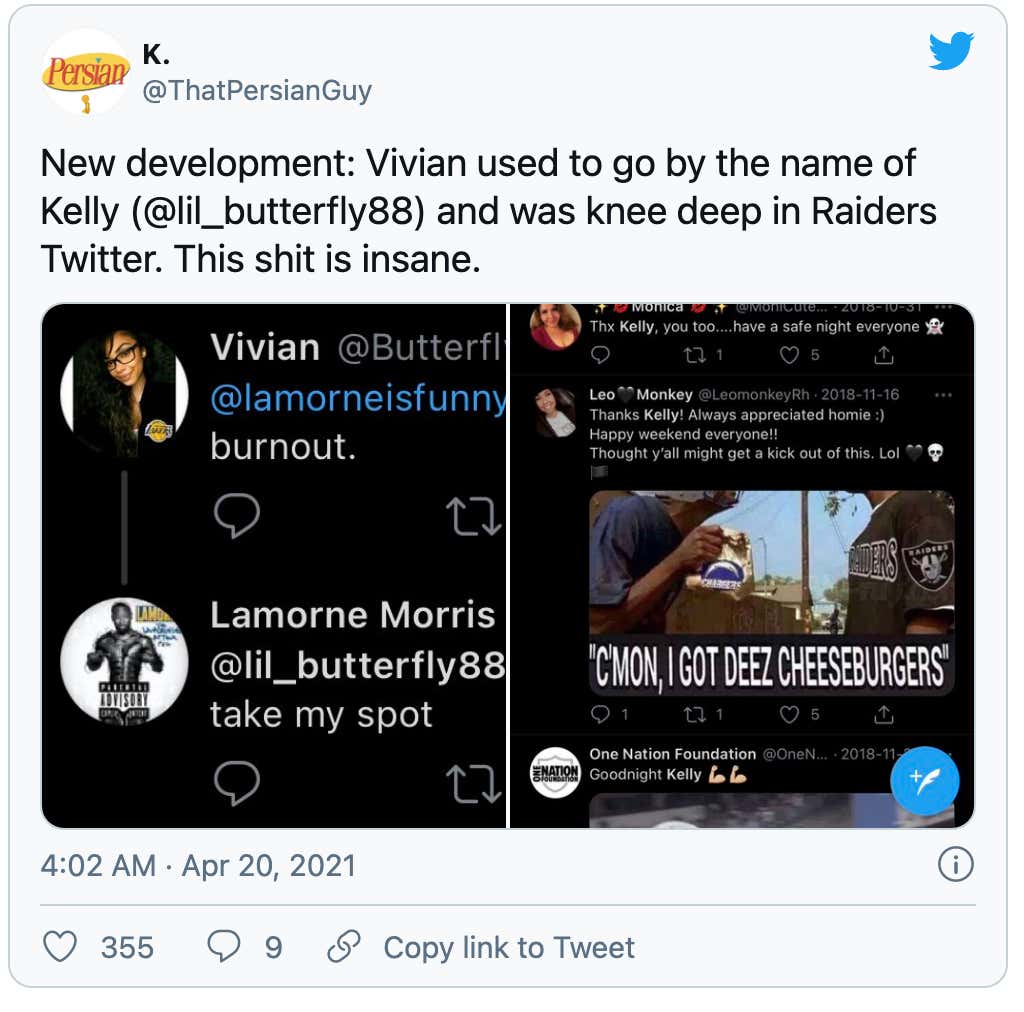 As of know, there are still plenty of questions, like….I guess there's really only one. Who is going to co-host the Lakers podcast with our guy Josh, and will he/she or won't he/she be an actual person?