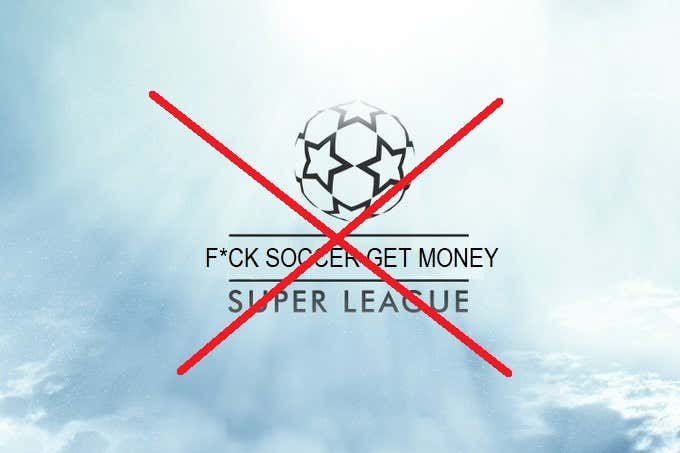 After some mega-rich douchebags announced plans to kill soccer (in the Old World) as we know it by forming the F^ck Soccer Get Money European Super League, here is a quick timeline of events over the last 18 hours or so…

Then Chelsea fans took to the streets ahead of today’s game against Brighton:

Apparently sealing Roman Abramovich’s decision to back out:

Causing Manchester City to pull out:

Leading to the resignation of Ed Woodward from Manchester United:

Dogs and cats living together… MASS HYSTERIA in the soccer universe.

Needless to say it is a dynamic situation with new dominoes falling every few minutes, and all because of Big Cat.

FINISH THE JOB: the first thing that has to happen is for the rest of the clubs who agreed to join the FSGMESL to officially confirm that they are pulling out. There is basically zero chance it goes forward at this point so this is just a matter of time. The only question is whether Daniel Levy ends up sticking it out the longest and adding another banner to Tottenham Stadium rafters…

MORE HEADS ROLLING: someone started a rumor on twitter than Andrea Agnellia, president of Juventus, may be resigning… but that seems to have been debunked. Who knows what other big names may find themselves on the chopping block as a result of the embarrassing shmershmortion, but it would not be a big surprise to see some more people join Woodward and Jozay Mourinho in the Jobseeker’s Allowance line. In fact, if anyone deserves to get kicked to the curb it is Real Madrid’s Florentino Perez, who was basically the public face of this preposterously inept attempt to form a new league.

VICTORY LAP: Chelsea fans will inevitably claim they did this. I can already hear Larry Nance Jr. singing songs about the size of his beloved Blues’ victory on this week’s podcast. The truth is fans of lots of clubs – in and out of the Big Six – were up in arms about this nonsense. In fact Liverpool and Tottenham fans, for example, were out in the streets protesting yesterday in England

So instead of giving all the credit to fans of Chelsea, which just happened to be the first of the Big Six teams to play a game after news of the FSGMESL had been reported and digested, I suggest we reach a compromise and give the credit to The Babyjesus. 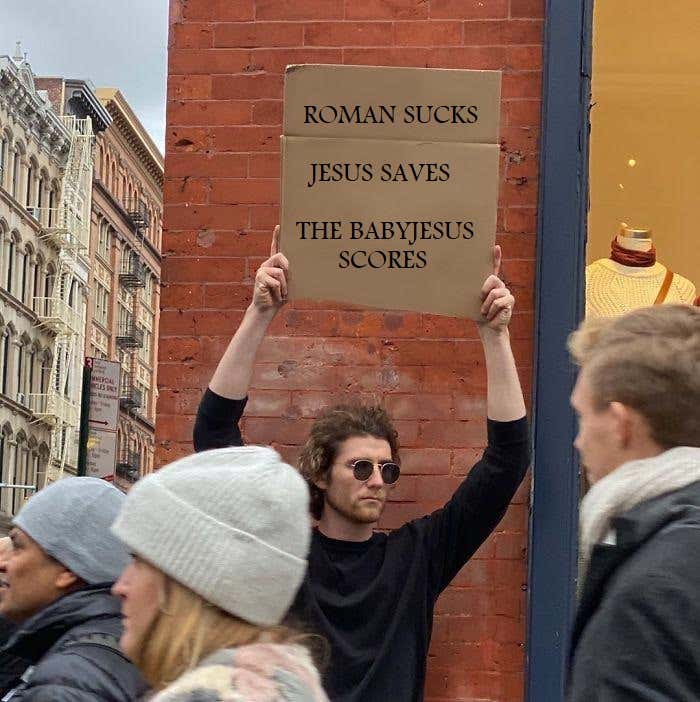 PUNISHMENT: there is a lot of talk of punishing the breakaway members of the Soccer Confederacy in some way. However, this gets complicated. As the fans (and even some players) demonstrated over the last day or two, clubs themselves are far bigger than their blindly-greedy mega-rich owners – who are the ONLY ones who are to blame for this mess. So docking points and hurting the fans, players and coaches doesn’t exactly seem right. Perhaps some sort of fines may be in order. Maybe there are some other levers that UEFA and the FA can pull to make clubs pay for this. I’m not sure. That is above my paygrade. But speaking of money, that unfortunately leads to the next big talking point that will emerge from the ashes of the FSGMESL sometime soon…

THIS ISN’T GOING AWAY: the most important point I want to make with this blog is that just because People Power won the day and the blindly-greedy mega-rich owners backed down in the face of what was on the verge of exploding into a full blown uprising… the issues that caused the blindly-greedy mega-rich owners to try this in the first place are still very much in play.

Take a look at this extremely telling graphic from @SwissRamble:

Basically, most (but not all) of the “Super” clubs are hemorrhaging cash. The crunch is especially bad in Spain and Italy. Somehow, someway, THEY NEED MORE MONEY COMING IN… hence why they tried the poorly planned and even more poorly executed rollout of the ill-fated FSGMESL in the first place.

Let me repeat that: the American-led English clubs wanted the FSGMESL to happen, but many of the Spanish and Italian clubs needed it to happen. That is an important distinction. Where things go from here is an open question. One thing is for sure…

Another (perhaps supplementary) option – however fantastical – is for the governing authorities to pursue things like salary caps and profit sharing, which would make the leagues more sustainable but are PRECISELY what the “Super” clubs were trying to avoid by forming this breakaway group… and maybe I’m too cynical but I don’t see that sort of thing taking hold anytime soon.

So long story short we are right back where we were a week ago with a European soccer system that is far from perfect. Bayern Munich, Juventus and PSG have won their respective domestic leagues a combined 500 times in a row right here right now as we speak. Inequality and competitive imbalance have never been more of a problem. Modest tweaks to the existing Champions League structure are not going to do much to fix that.

But whatever. A problem for another day. For now let’s drink to the biggest ever win for the little people over the mega-wealthy in the history of soccer. It may not last long so we better enjoy the hell out of it while we can, damit. 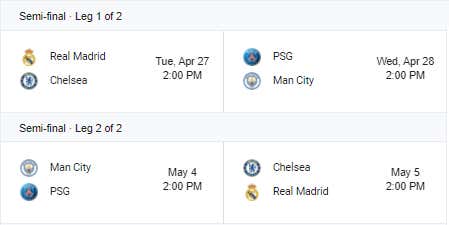