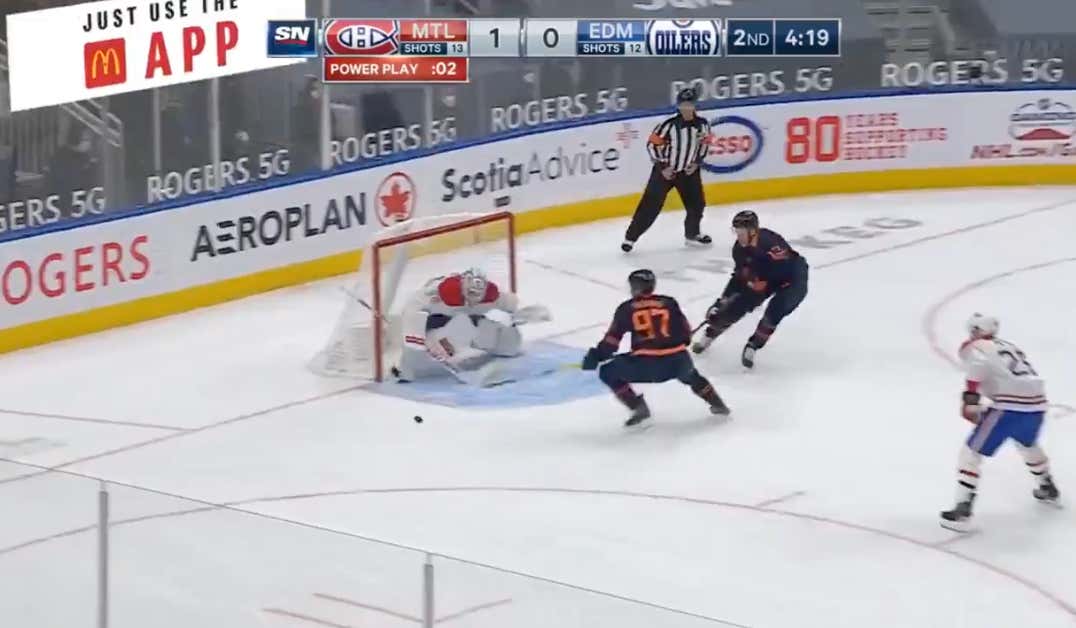 That science bitch Isaac Newton stated that for every action, there is an equal and opposite reaction. People forget that Newton had a killer head of lettuce, so you have to imagine he was a huge hockey guy. Which means that his Third Law was most likely talking about puck. And that plays in perfectly to Connor McDavid's night last night. Because as you may recall, McJesus pulled off this McNasty move on a 1v2 to give the Oilers a 2-1 lead against Montreal.

While that sick bastard may be able to perform a magic act on a 1v2, it was a slightly different story on a 2v0.

How lucky do you think McDavid feels that he doesn't play in a major market where everybody would have witnessed this blunder live? I mean what kind of a duster can't even get a shot off on a 2v0? It was such a sick setup from Mike Smith, too. Just an unreal amount of sauce to be able to launch that puck over Jeff Petry and land it perfectly at the far blueline for McDavid. That would have ended up going down as one of the sauciest secondary assists we've ever seen. But McDavid ruins it because he was terrified of getting bit by Jake the Snake Allen. Total bender.

The good news here is that even the best hockey players in the world are just like the rest of us losers sometimes. I've seen the same "ah shit, I forgot to shoot" move pulled in countless amount of 10:45pm beer league games before. Now all of us slobs can sit on the couch and laugh at 97 as we claim to ourselves "I could have finished that". Whatever helps us sleep at night.