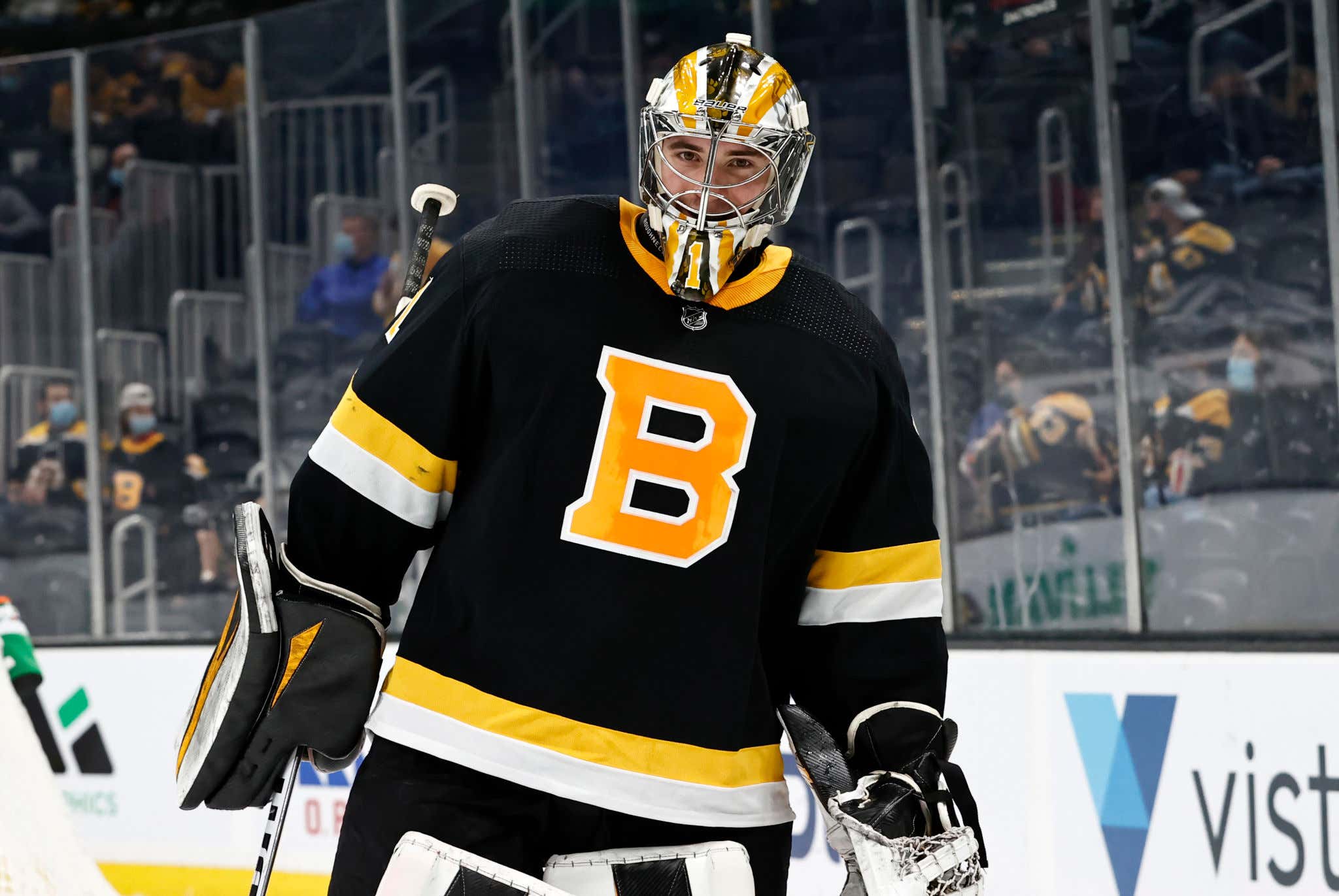 Jeremy Swayman stopped all 25 shots he faced to earn his first career shutout… Taylor Hall scored his second goal in as many games… and the Boston Bruins have won back to back games against the New York Islanders… and three straight.

With 2.4 seconds left in the 1st period, with the Islanders dominating, Mike Reilly found David Pastrnak on the doorstep to make it 1-0 Bruins heading into the 2nd period. Pastrnak ends his 8 game goal scoring drought.

Taylor Hall redirected a pass from David Krejci for his 2nd goal as a Boston Bruin, making it 2-0 early in the 2nd… and breaking Twitter in the process.

Curtis Lazar potted the ENG to make it 3-0. His first as a Bruin.

- No changes up front tonight but Jeremy Swayman started with Tuukka Rask slated to start Sunday. Matt Grzelcyk and Kevan Miller are still day to day.

- David Pastrnak ended his 8 game goal scoring drought and potted his 17th of the year with 2.4 seconds left. He was real close last night and finally broke through tonight. Hopefully the floodgates open up for him now.

- Mike Reilly continues to be an absolute stud. Perfect feed to Pastrnak late in the 1st. Continues to impress with his skating and his composure. Shout out to Curtis Lazar for picking up his first goal as a Bruin with the ENG. Sweeney's deadline moves making an impact.

- Taylor Hall had 2 goals in 38 games with Buffalo, and now he has 2 goals in 3 games in Boston. Great, great feed from David Krejci. Hall is getting comfortable and gaining confidence. Love to see it. 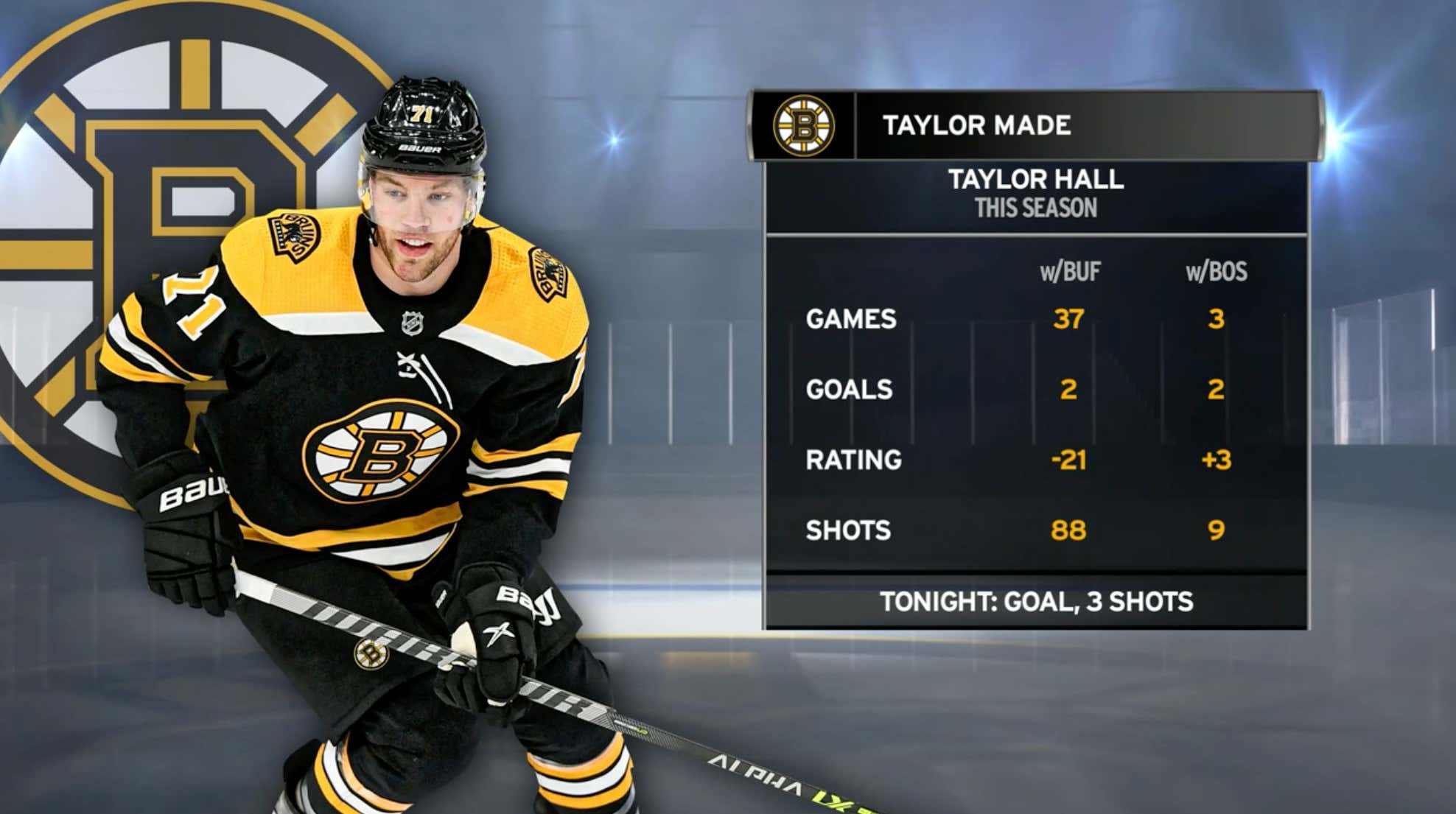 - Wouldn't be surprised to see Trent Frederic skate in Sean Kuraly's place on Sunday. Kuraly took 3 penalties tonight (although I didn't agree with the 3rd one) and just hasn't completely found his game despite a strong game last night from the 4th line. I think he'll bounce back but a game watching upstairs could help.

- Another tough night for the B's power play.. 0-3… hopefully they can continue to work at it in practice. On the flip side of things the B's did a great job stifling the Islanders PP and went 5 for 5 on the PK.

- Jeremy Swayman bailed out the Bruins in the 1st period when the Islanders were pouring it on, kept the B's in the game early with 3 or 4 solid scoring chances for the NYI… Man he has looked outstanding in his first 5 games in the NHL. Earned his first shutout in the NHL with 25 saves and is now 4-1-0. Bruins benefiting from their rookie goaltenders, Swayman is calm, cool, collected.. just seems mature beyond his years. Happy he's gaining success. 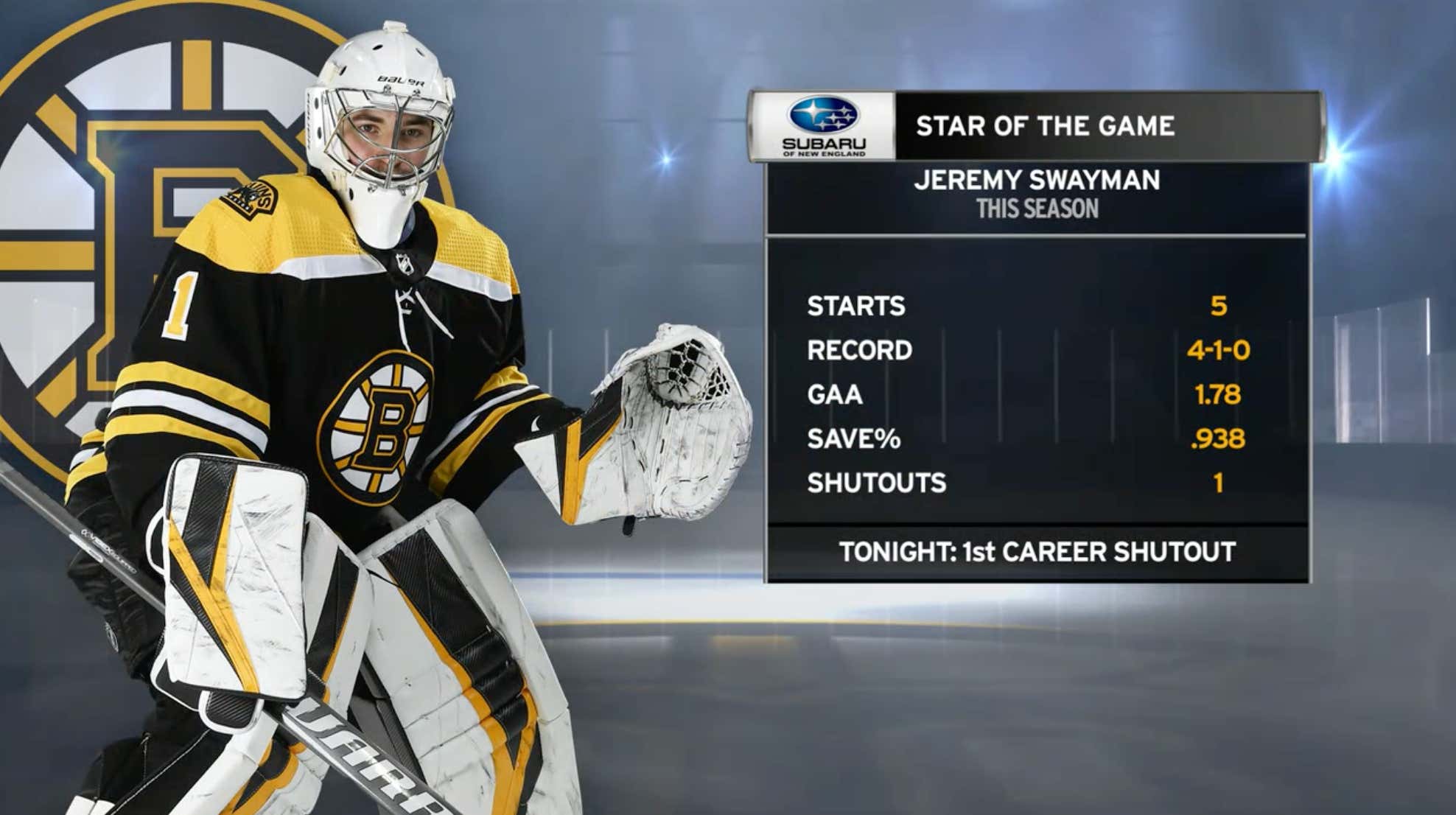 A look at the standings…. 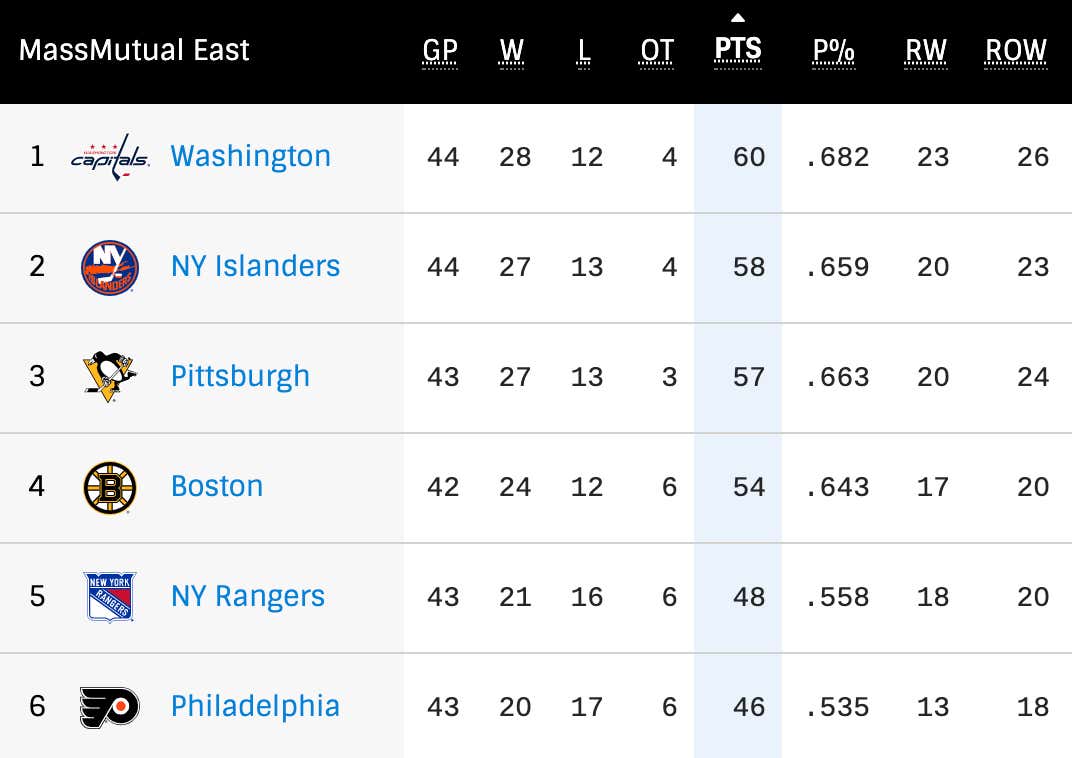 B's are back at it on Sunday afternoon when the Washington Capitals come to town.

It was a great night to win a hockey game. Peep the updated win video…