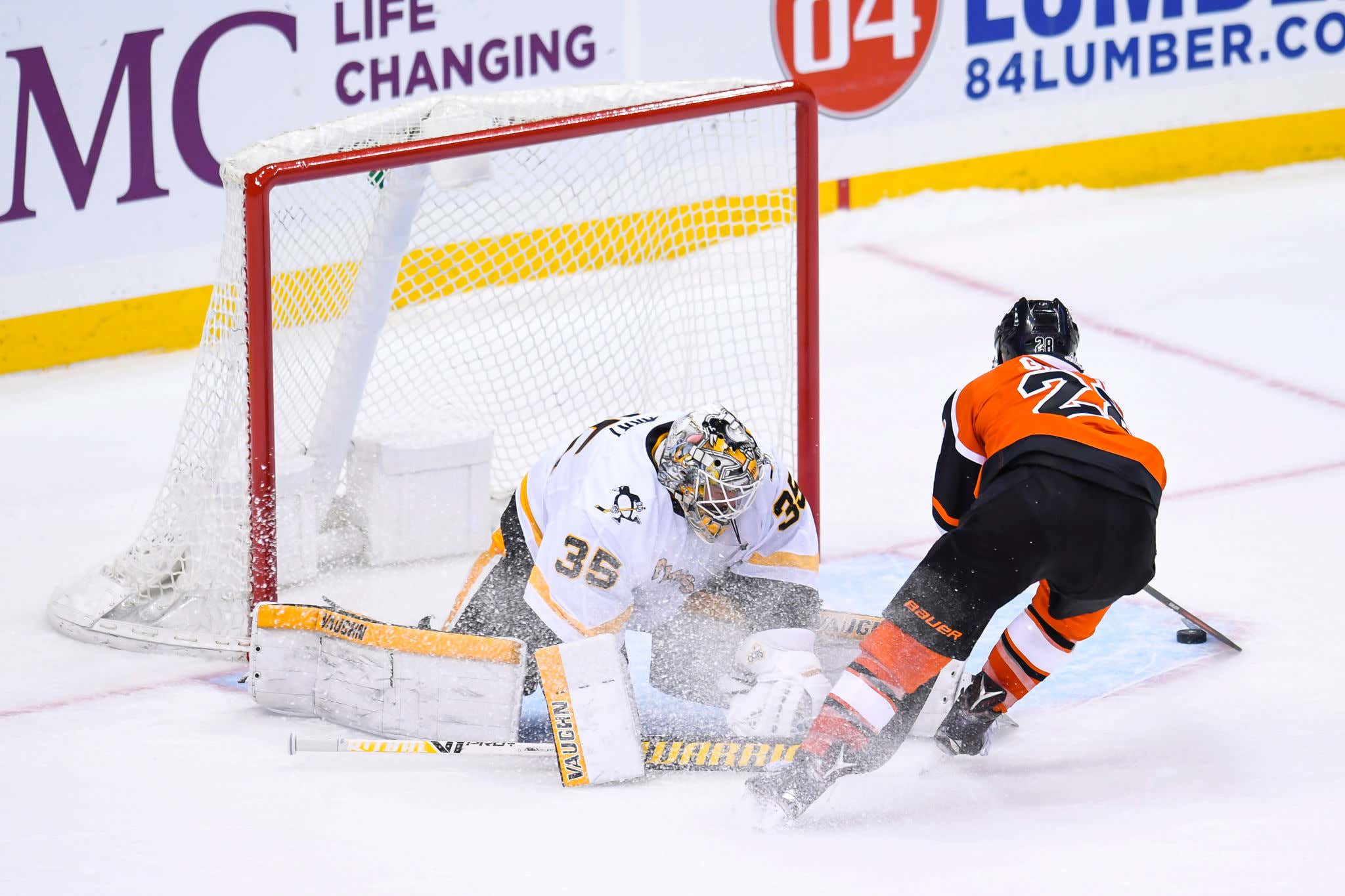 There 31 teams currently in the National Hockey League. Out of those 31 teams, the Philadelphia Flyers are 29th in shootout wins. The only other teams in the league with less wins in the shootout are the Carolina Hurricanes and Calgary Flames (who have each played about 30 fewer games that have gone to a shootout than the Flyers), and the Vegas Golden Knights who just entered the league a few seasons ago. Out of all 31 teams in the league, the Flyers have the lowest win percentage when it comes to the shootout at a shockingly abysmal .361 W%. They are 52-92 all time in the shootout, and here's what I think is the most disgusting stat of all. In the 144 games that the Flyers have gone to a shootout, they have scored just 135 times. There are only like 3 teams in the league who have scored fewer goals than games that went to a shootout, and the Flyers are clearly the worst out of all of them.

So when last night's game against Pittsburgh went to a shootout, you figured Flyers fans should just be happy with getting the 1 point out of the game. Carter Hart looked solid in net stopping 31 out of 32 shots faced. The Flyers were able to keep pace with the Penguins all night, Wade Allison looked very promising in his NHL debut, and Jake Voracek may have upped his value when it comes to the expansion draft. Overall a pretty positive night, but I think most folks just assumed the shootout would put a swift end to all the positive vibes considering this team is god fucking awful when it comes to the end-of-the-game skills competition.

But then that sick bastard Claude Giroux went out and pulled a stunt like this.

You gross bastard. Everybody in the world knew he was coming back to his forehand as soon as he loaded up on the backhand. Tristan Jarry had to have known it was coming at some point, but he was still completely helpless. Claude Giroux decided to dabble in a little homicide last night and he did just that with that move. And while Jarry's body was still warm, Sean Couturier decided to kick him in the dick while he was down with this backhand roofjob from in tight.

Mama mia! That was a spicy meatball! 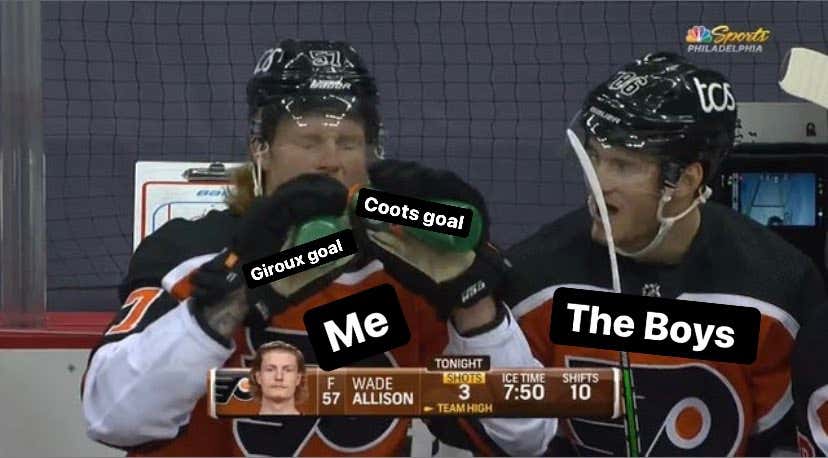 It was nasty. It was grotesque. At the very least it should have came with a TV-MA rating. You got kids at home watching Tristan Jarry getting stripped completely naked. Can't be having that without parental supervision.

And for the first time since god knows when, Carter Hart is in the W column.