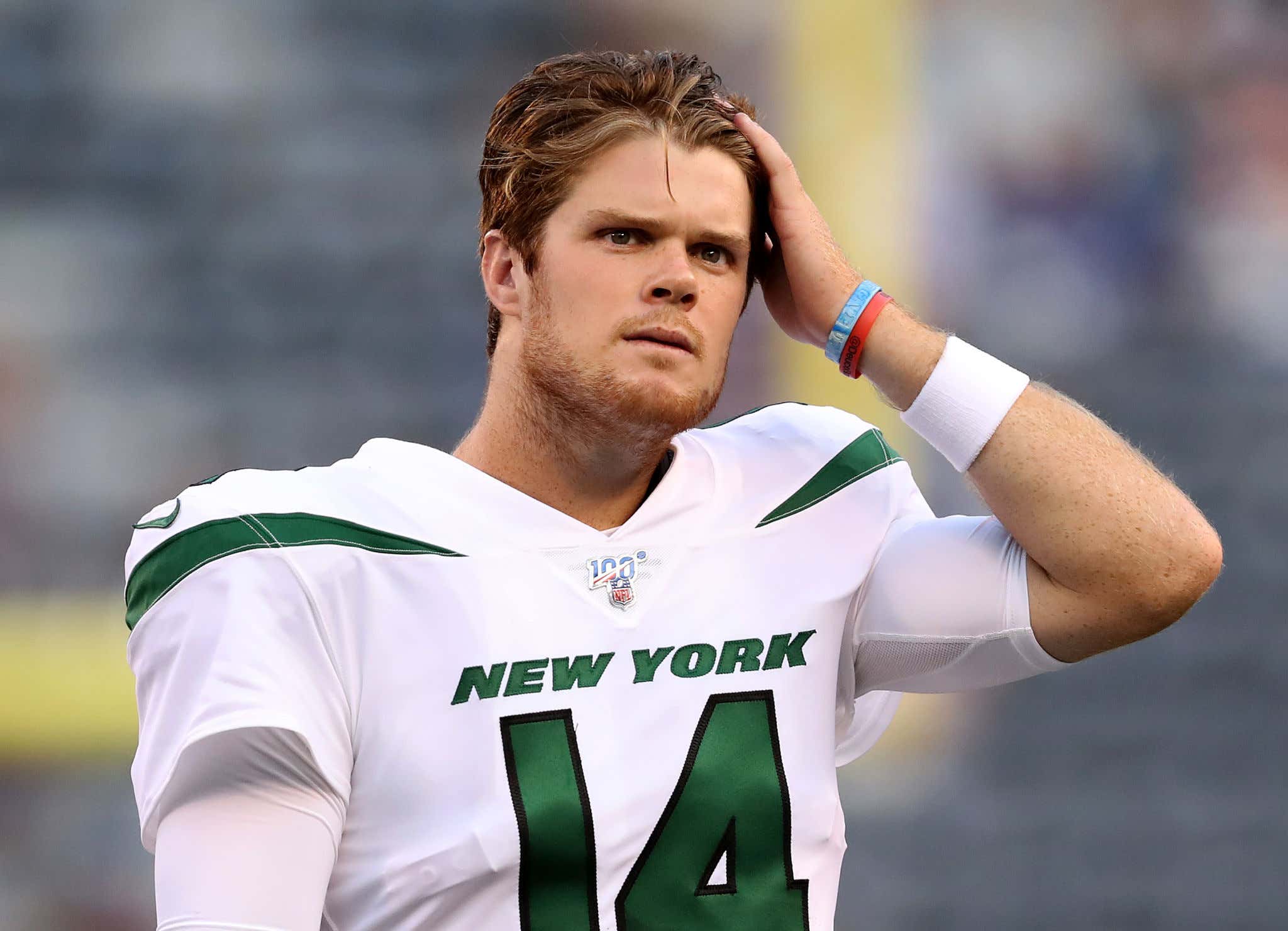 Late last year, when the Jets had secured a Figure-4 leg lock on one of the top three picks in the draft and it became clear they'd be looking to move Sam Darnold, a New York writer suggested the Patriots as a potential landing spot.

Like I said at the time, it's not the worst idea I'd ever heard. Darnold's career can still be salvaged. He was dropped into a bizarre, dysfunctional world not of his creation. He was drafted at a time when Todd Bowles was in unemployment's on deck circe. In his second year, a power struggle began in the Jets organization that was won by Adam Gase. If we've learned anything from Ryan Tannehill's recent career path, quarterbacks tend to play better without Gase's voice in their helmets than with him. Plus, despite the fact he's got 38 starts on his curriculum vitae, Darnold still isn't old enough to rent a car. He's the pluperfect example of a guy who could benefit from a change of address.

And so it seemed perfectly reasonable when Carolina gave up a 2nd, a 4th, and a 6th. One of those rare trades that could work out to the benefit of all parties involved. Not a huge price for the Panthers if Darnold lives up to some approximation of his No. 3 overall draft status three years ago. And a pretty good haul for the Jets, all things considered.

That is, until you consider the Jets. The Jets being The Goddamned Jets, they managed to find a way to cock this situation up, retroactively.

There's just so much to unpack here. Assuming this is true - and it's been widely reported that the Niners were making offers for Darnold but the Jets didn't hear anything they liked:

It's hard to decide who made the stupider move, the 49ers for being willing to spend that much to get a guy the Jets had to move, or the Jets not screaming "YES!" at the offer and then hanging up before San Fran took it back. Seriously, if this was a Debate Team, you could take either side of the discussion and make a compelling case. It's as if Joe Douglas and John Lynch were in a Worse GMing contest and both were determined to win. The last time you saw two grown men making worse decisions than these, there was suntan lotion involved.

But if I have to decide - and I kind of do, since I've painted myself into a rhetorical corner - the winner is Joe Douglas, by a nose.Even if you're concerned about Zach Wilson's shoulder, fine. That's reasonable enough. But how do you not take the 12th pick for Darnold? Hell, most of us were surprised they got the picks they did for him. Failing to pounce on that Niners offer is criminal malfeasance. Worse than if the U.S. didn't buy Alaska from the Russians for $7 million while they had the chance.

As far as the 49ers go, all this does if further enhance the narrative that they are desperate to move on from Jimmy Garoppolo. As Niner's Nation put it in reaction to this Darnold report:

[T]he team is far more quarterback hungry than they’ve led on … [A]ssuming this is true, the door on Jimmy Garoppolo must’ve shut a long time ago.

I understand why the team continues to prop up Garoppolo’s trade value. No logical organization who traded three first-round picks and a third-rounder to move up for a quarterback will talk down on their current starter when you consider how much money he is making.

We’ve seen his teammate start to pivot, too. Before the trade, we heard all of the 49ers speak highly about Jimmy G and how he would get the team back to the Super Bowl. On Wednesday, [Kyle] Juszczyk said he’d support whichever quarterback the 49ers start this season.

I’ve seen Fred Warner and Javon Kinlaw like posts of Justin Fields on Instagram in the past week. The writing feels like it’s on the wall for Jimmy’s return and has been for a while, but we’re starting to see everything come full circle now.

Exactly. Like I've been saying since their trade to No. 3 happened, you don't spend that much draft capital on a QB just to bench him for one of the few seasons you'll have him on a rookie contract. Nor do you offer No. 12 for damaged goods like Sam Darnold unless you really, really are not preparing for a future with Jimmy G.

I know I keep hammering this story, but only because Garappolo back to New England gets more plausible by the day. This report only makes me more convinced. And also more convinced that, no matter who is running the Jets, they're going to do it as badly as it can be done.