Forbes -  Actor Jaleel White, famous for his cultural touchstone role as Steve Urkel in Family Matters, is entering the cannabis industry. Through a partnership with 710 Labs, White’s new cannabis line called ItsPurpl features variants of the popular cannabis strain Purple Urkle. It is set to launch on April 20, 2021. The brand will be on dispensary shelves in California, to start, potentially growing to more marketplaces in the future.

“The thing that always stood out to me was there no clear brand leader for fire purple weed,” says Jaleel White. “It made no sense to me, that no company of significance had claimed this lane, so why not me?”

First things first I would love to get high with Steve Urkel. Give me a buzz Jaleel. Let's talk product reviews.

Elsewhere can we talk about universes colliding for a second? I haven't thought about Steve Urkel for the better part of 10 years. I mean sure there are times I miss Family Matters and wholesome TGIF programming in general. But specifically Steve? I couldn't even ballpark it. No fucking clue.

Then Eddie tells us we're drafting nerds on the snake draft this week and instantly Urkel pops into my head as massive value in the 2nd round wrap around. Clear cut Round 1 talent that would be there for me on the wrap. I spent a sleepless night hoping he'd be there for me and he was. Steve Urkel, 8th overall to Carl in the nerd draft. Suck on that boys. This was my moment to to get my #1 TV nerd after my #1 Sports nerd. 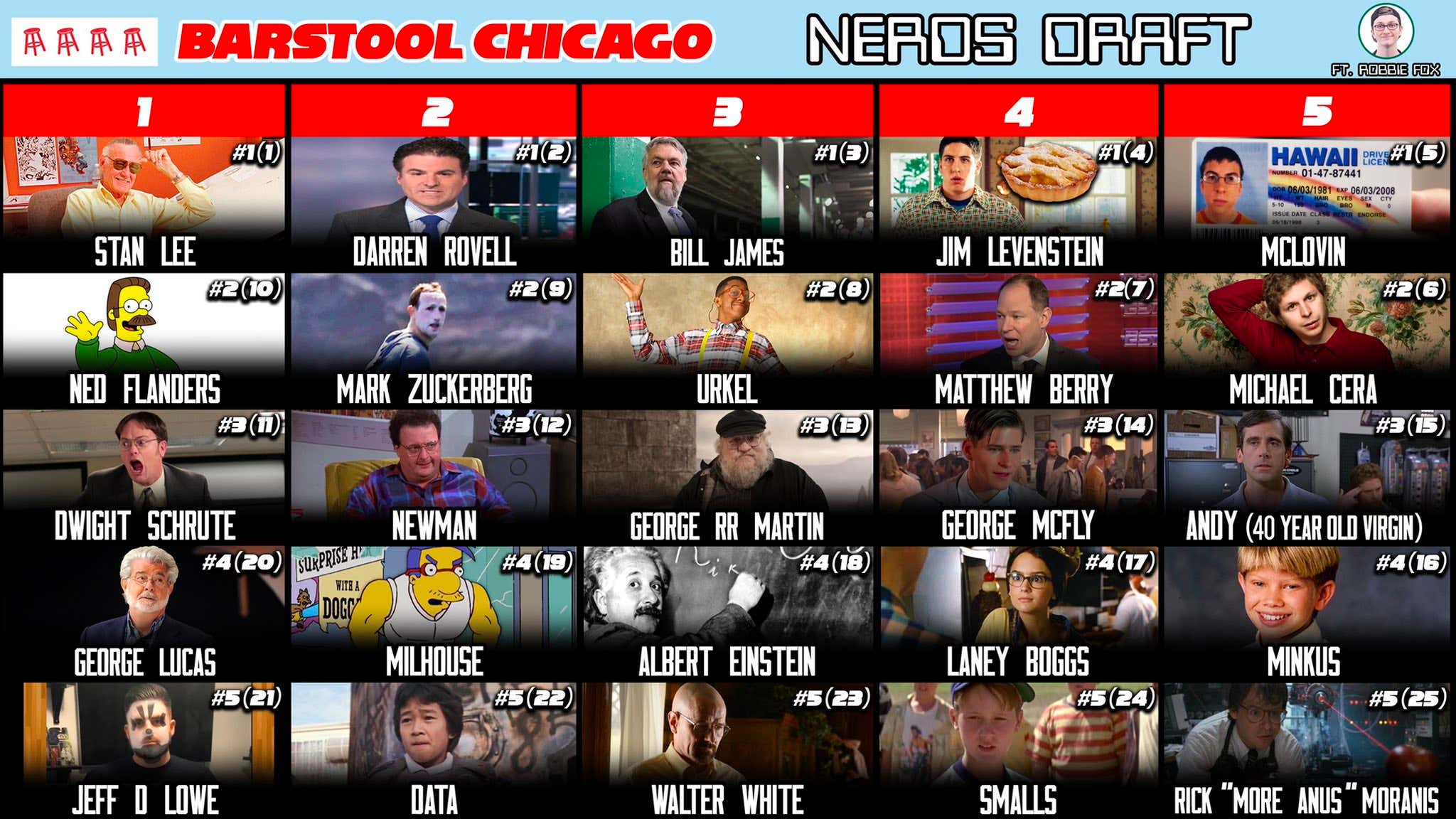 Did it matter? Absolutely not because Robbie Fox absolutely bulldozed the competition but it's at least worth recognizing that we live in the matrix and this is a glitch. You don't go a decade+ with no Urkel, then get a snake draft and Forbes feature on the guy in a 24-hour period without living in a matrix. Don't believe me? Go smoke some weed and think about those odds.

And while you're high, I can encourage you to check out the snake draft in YouTube format? We're making a big push this year at Barstool Chicago YouTube Headquarters so do your favorite internet uncle a favor and go subscribe. 401K's are at stake here guys give me a fucking break.

As for Steve Urkel's weed, sounds pretty tight bro. Sounds like something that would put me in a mood for some big tasty juicy beefs and a gorgeous steaming bowl of 9.0+ french onion. I don't have any problem with that. Viva la capitalism.