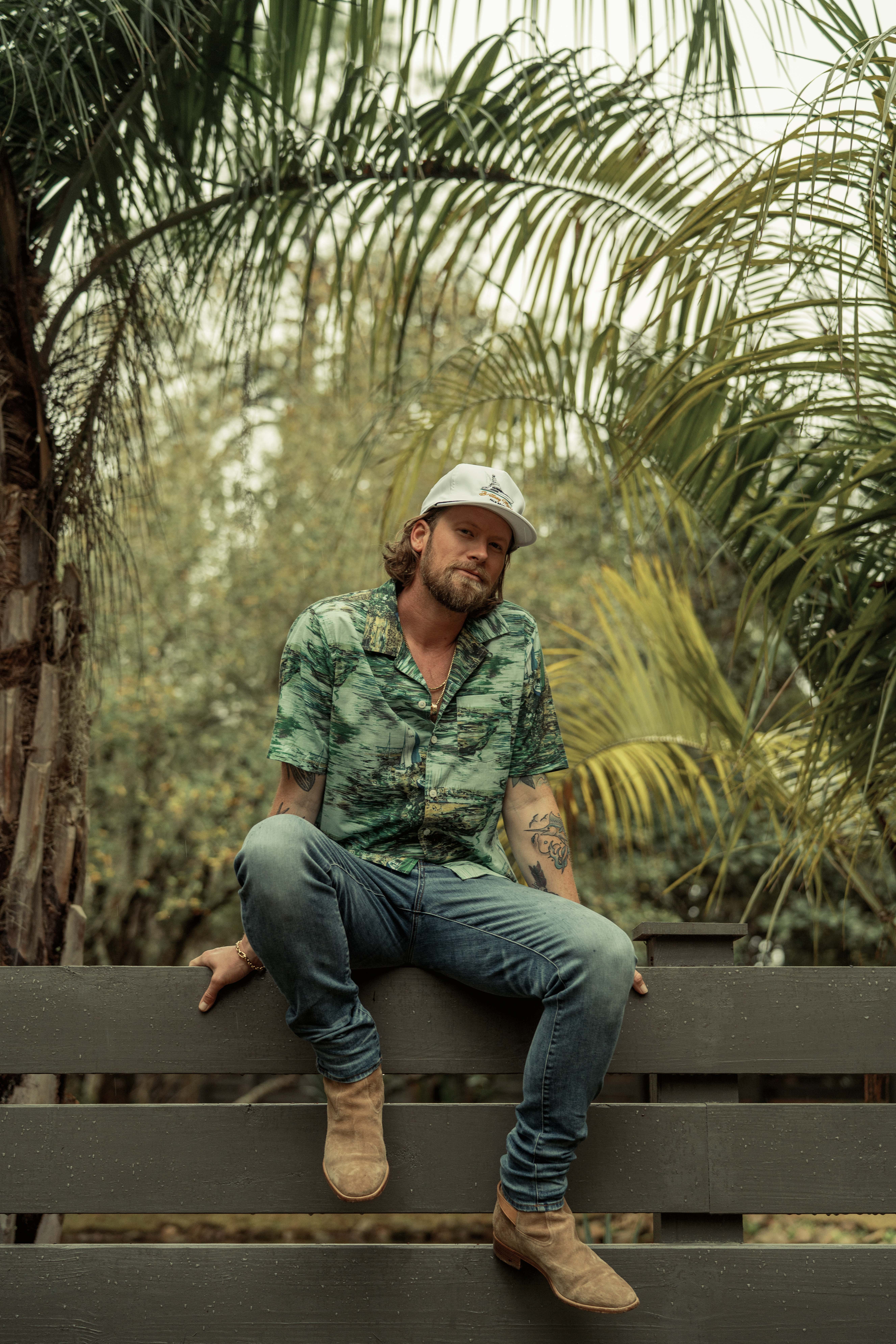 “I feel so humbled by the support I’ve received from this project,” Kelley shares with American Songwriter. “The friends that helped bring this project to life, these songs have become our songs. Together, we are living them out down here; this isn’t a fantasy. Our process was really creative, but we never forced it. We did what felt right, working from our gut. That’s extremely important to create a vibe that’s authentic and real.”

Blending “Honky Tonk stomp with pelagic pop circles for an introductory anthem” (American Songwriter), the Florida native is staking claim by the water and planting his flag in the sonic sand, as he has critics in a boots-in-the-sand state of mind while serving up “coastal vibes and good-time anthems with all the smoothness of a tropical drink,” raves CMT. BK’s Wave Pack is a buzzy mix of party-all-day Pop and love-all-night Country with a splash of spiritual sincerity, as it “plays up Kelley’s inherent beach vibes” (Rolling Stone). Basking in beats and salt air-flavor, his strutting, laid-back vocal “channels good energy” (MusicRow) and is anchored in a “breezy, beachside” (Billboard) soundscape. Kelley co-penned the full project and co-produced alongside Corey Crowder.

Offering a “glimpse into Kelley's life” (PEOPLE) and giving viewers a bird’s-eye view of Grayton Beach, FL, he’s also released music videos directed by Ben Christensen for all four EP tracks. Cruising for a bike ride in “Beach Cowboy,” and hanging his hat up for the night with his barefoot beauty, wife Brittney, in “Made By The Water,” the scenic footage captures Kelley’s easy-rolling way of life. Drenched in sun, swagger, and beachside-soul, the clips also offer both a bonfire-blazing “Party On The Beach” with Kelley’s collaborators and fellow Tree Vibez Music writers Corey Crowder, Blake Redferrin, and Canaan Smith, as well as finding a spiritual connection in a beach chair in “Sunday Service In The Sand.”

2. “Made By The Water” (Brian Kelley, Corey Crowder, Randy Montana)

Reigning last week atop the Billboard Country Airplay and Country Aircheck/Mediabase Country Airplay charts with their 18th career #1 hit, “Long Live,” Kelley and his Florida Georgia Line bandmate Tyler Hubbard are next vying for Duo of the Year at the 56TH ACADEMY OF COUNTRY MUSIC AWARDS™ (4/18).

First off, is there a better bar name in the entire world than "Beach Cowboy"? I think not.

Secondly, upon first listen of these, it sounds like summer is right around the corner.

Years back I tried as hard as I could to resist giving in to Florida Georgia Line. Then "Cruise" swept the nation and stayed on the charts for like two years, and I saw them in concert with Nelly at Wrigley Field and they put on a fucking incredible show. So I gave in.

Then I saw them again the next summer at Lake Shake (awesome festival and one of the best weekends every year in Chicago, if you haven't gone I highly suggest it) and they crushed again. So I became in on them.

Since then, they released "Drinkin Beer, Talkin God. Amen" with my guy Chase Rice, which knocks, and announced they would both be launching solo projects.

This Brian Kelley EP has a starkly unique sound when compared to past FGL records. The closest thing I can compare it to would be "Smooth".

These songs remind me of Kenny Chesney mixed with Jimmy Buffett, especially "Party On The Beach". I'm all for it. Good old fun, upbeat, feet in the sand, beer in your hand, summer music.