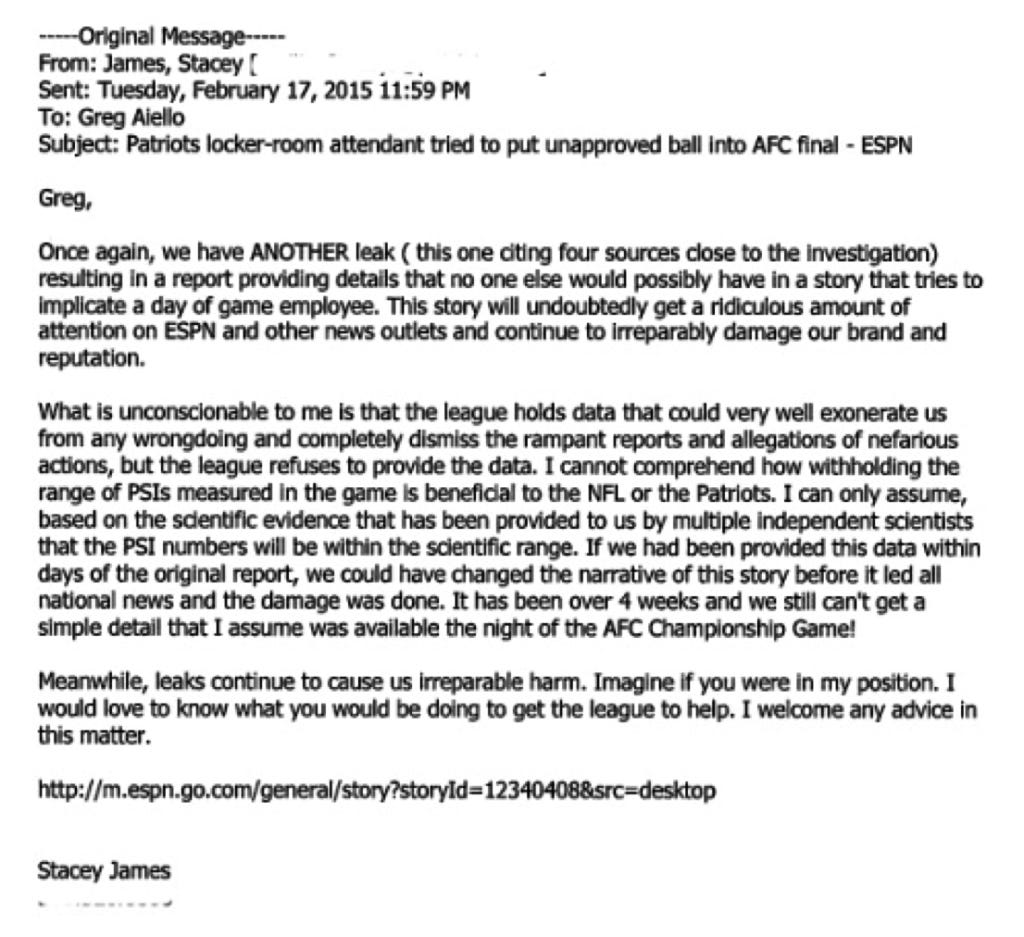 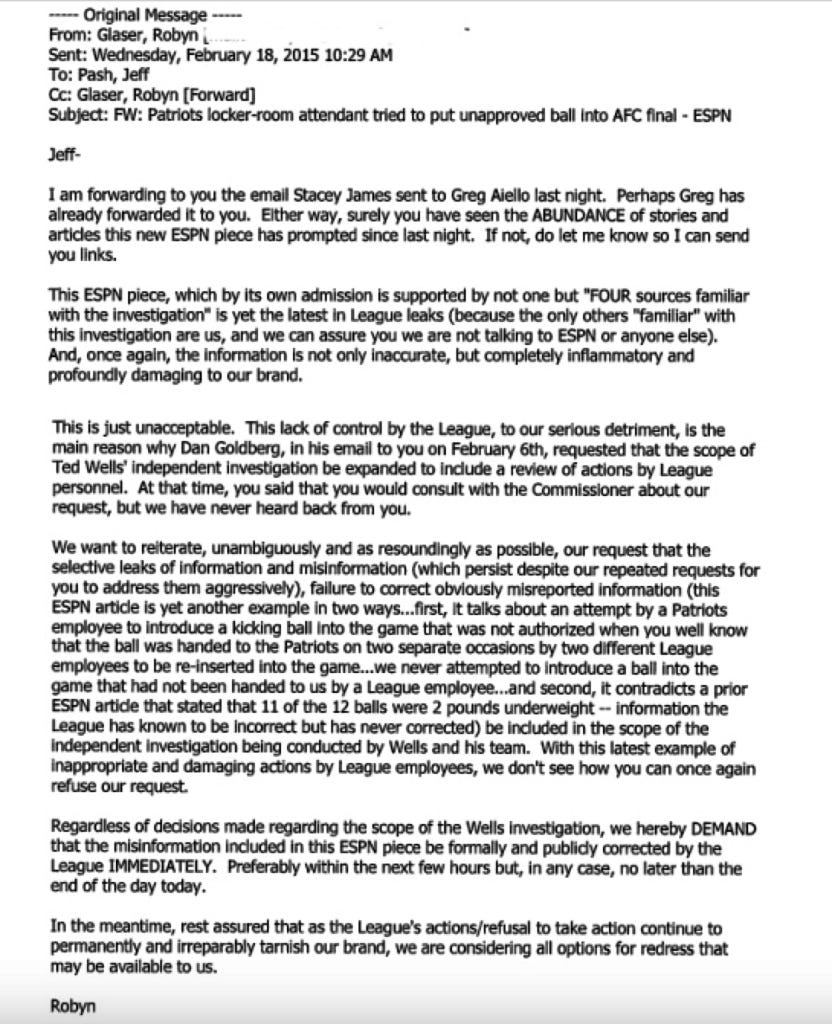 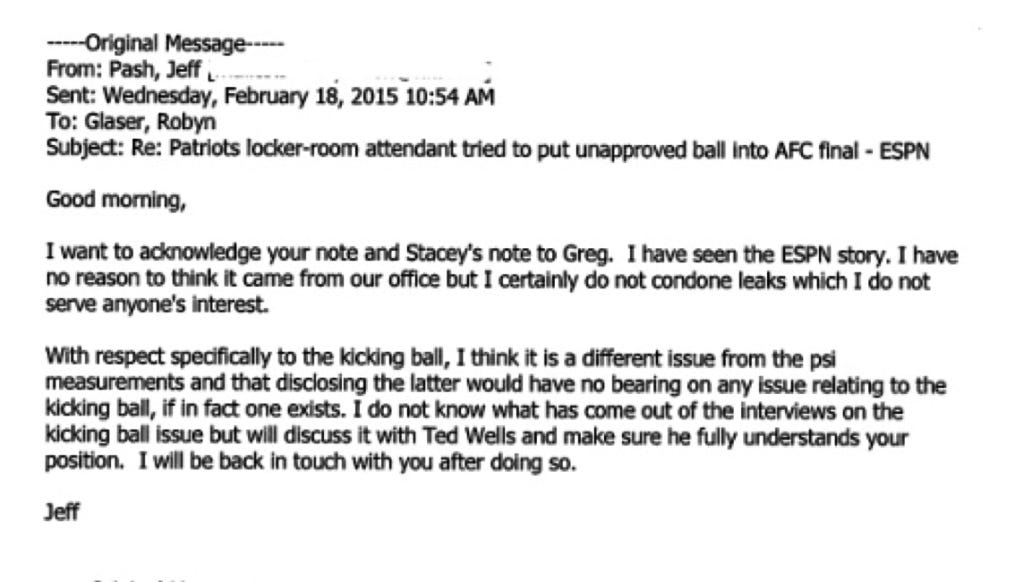 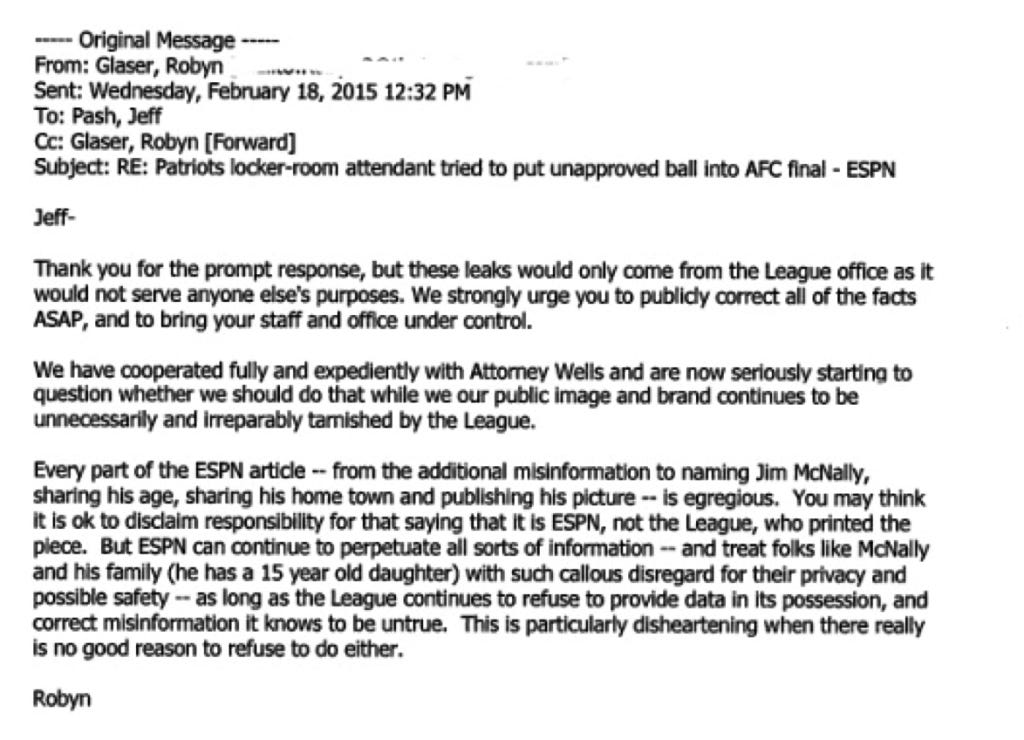 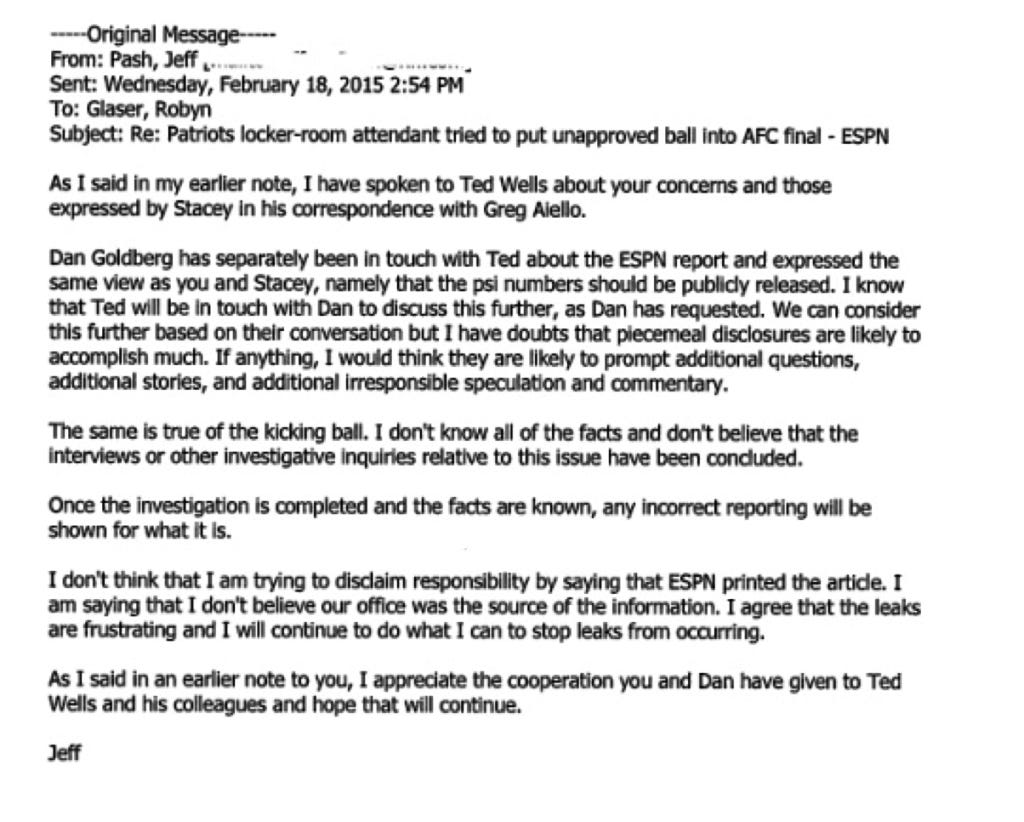 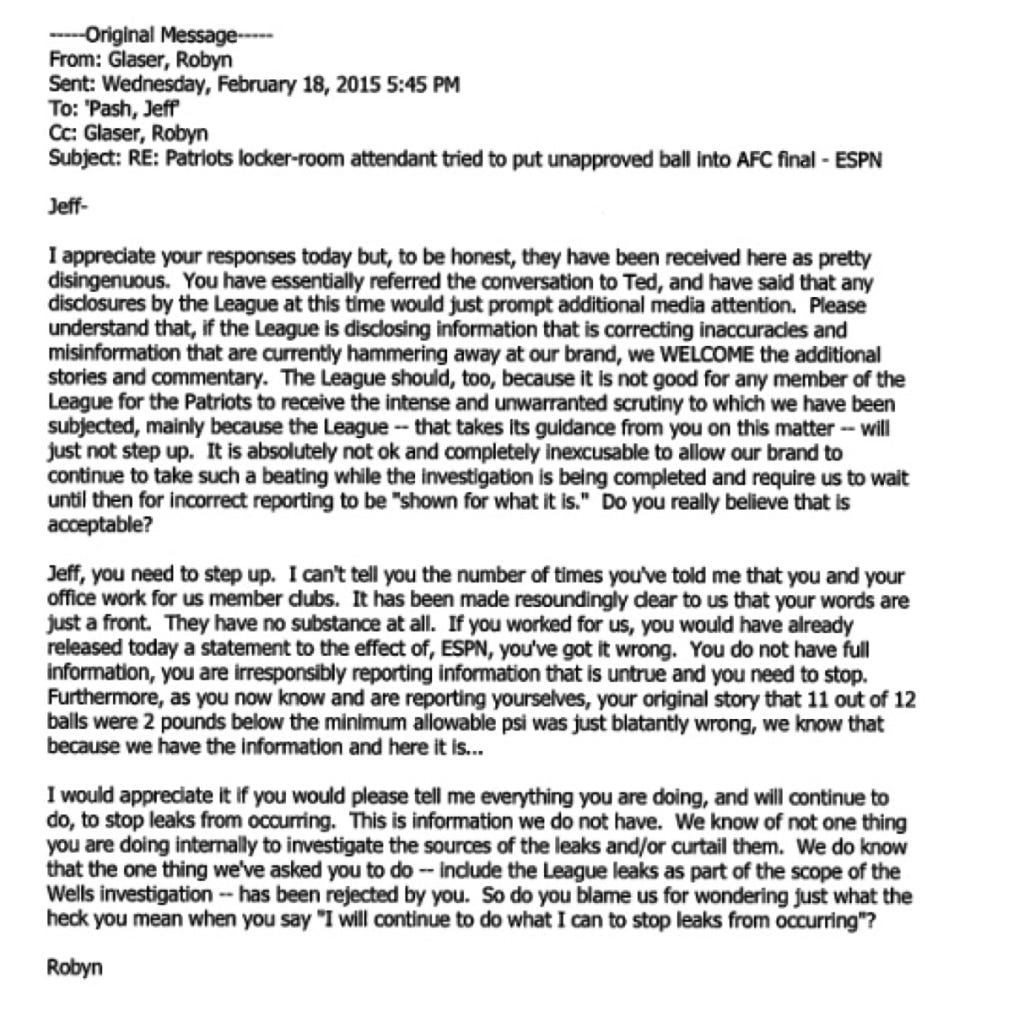 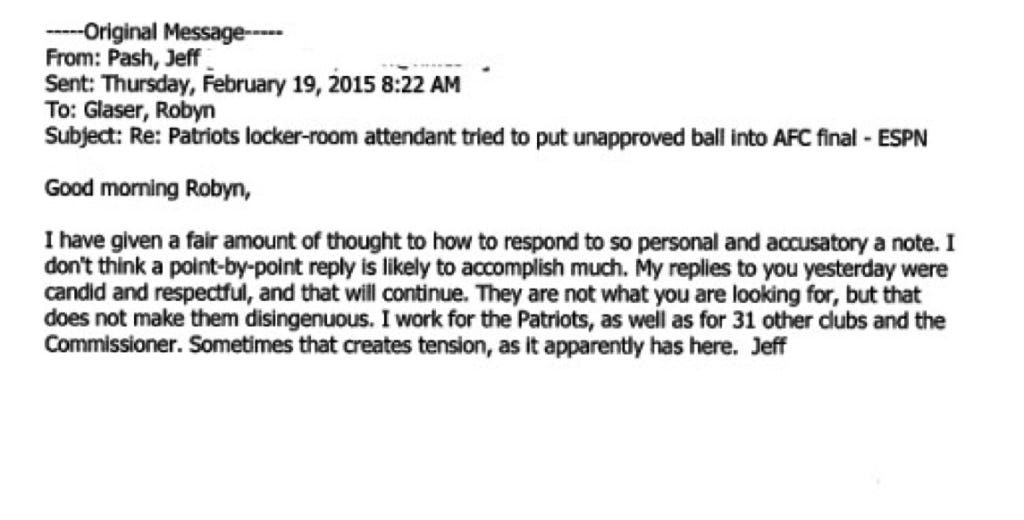 What in the name of all that is holy did I just read? Seriously. Fucking dead seriously. What the hell was that? Stacey James and Robyn Glaser just BEGGING Jeff Pash to correct the wildly incorrect reports that are driving the national narrative and the NFL didn’t feel like it? They recognized the damage it was doing but didn’t want to deal with additional media stories about their incorrect leaks? Ted Wells will look into it but he doesn’t see the headlines that are leading every website, news program and paper in the country as a big deal? Then basically accuse the Patriots of being the ones leaking it because the NFL is “sure” it didn’t come from their office, and they and the Patriots are the only ones who it involves? WHAT THE HELL DID I JUST READ?!?

I have no idea how you can read any of that and still have a goddamn ounce of faith in the leauge. I don’t know how you can read that and think they’re even the least bit trustworthy. It’s all blatant lies and coverups as they try to pass the buck and put the responsibility TO CORRECT AN INCORRECT REPORT on somebody else. I acknowledge my Pats homerism (in fact, I relish in it) but come the fuck on. The league outright refused to correct false statements, which they had the right information for, because… they just didn’t feel like it? To be honest I don’t really know why they didn’t want to, Pash never gave a straight answer. It was all bullshit while the Patriots are standing their with their pants down, dicks flapping in the wind as their brand gets lambasted by every talking head in the United States of America. It’s insanity. Absolute insanity.

PS – The one good thing from all this? You know Kraft approved these leaks. That beautiful man is coming for scalps.