A 8-1 drubbing at the hands of the Washington Capitals fucking sucked. Dan Vladar got hung out to dry. 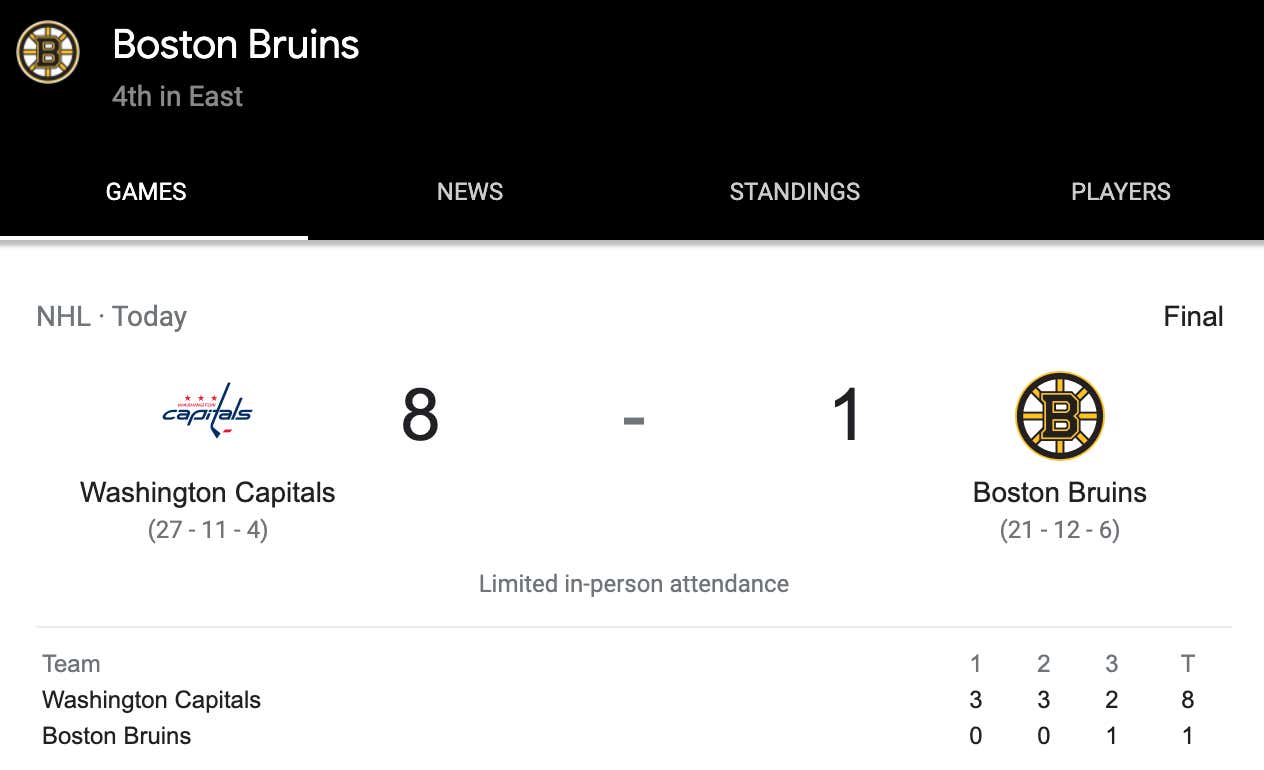 Tough to swallow two straight losses when you're hanging onto the 4th playoff spot in the East, thankfully the Flyers lost to BUF earlier today).. 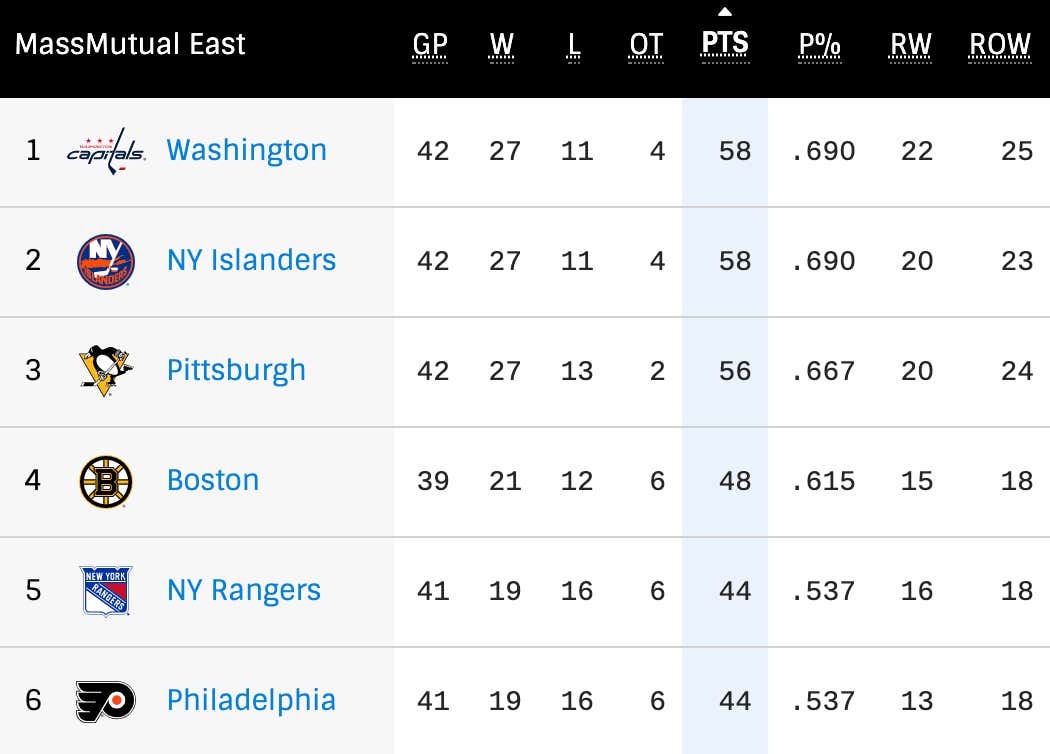 but now the Rangers are another team to watch. 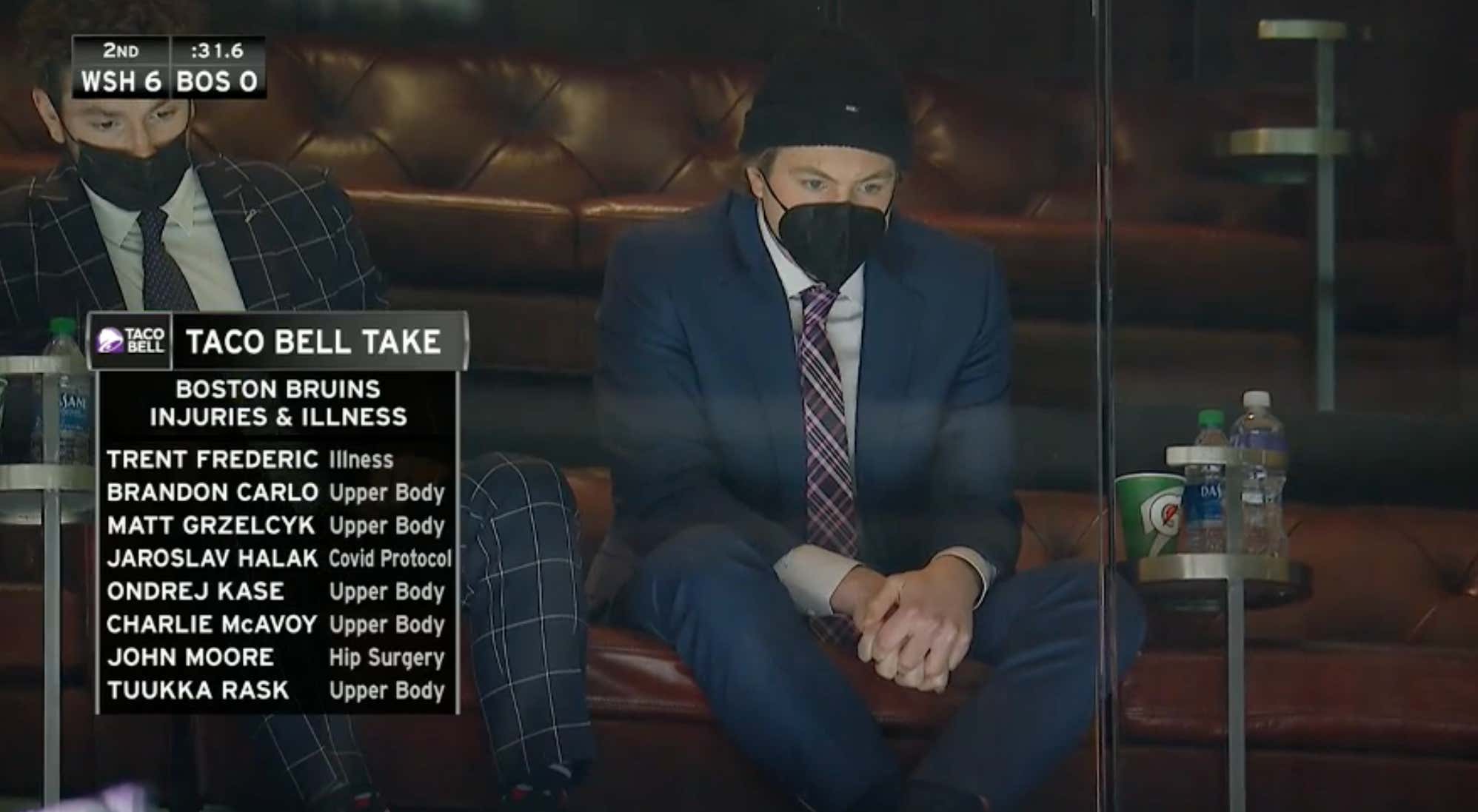 The Boston Bruins need to get healthy. Do I still think Don Sweeney can improve this team before the deadline tomorrow? Absolutely. If he can add guys with term (or try to work out an extension w/ UFAs).. then yes absolutely. They are in the mix for Taylor Hall. Then again, seems like Sweeney is always in the mix and never comes through… Would love to see the Bruins lineup of the players Sweeney "almost" required. But B's are 1 of 3 teams marked as serious suitors for the Buffalo forward.

Hall would certainly be an upgrade on the 2nd line with David Krejci, especially if Sweeney can get him to sign an extension. A pure rental just doesn't make sense right now. The D is beyond banged up, a top four defenseman has been a need all year long. We'll see what direction Sweeney decides to go… Krejci and Rask are UFA's at years end, I think it's worth it to get a high caliber player like Hall if you can extend him. I think a lot of people are down on Hall right now because of how awful Buffalo is. Nick Foligno and David Savard went for 1st round picks ++, we'll see what Hall goes for.

Sounds like Mattias Ekholm is no longer on the trade block as the Predators have resurged and are back in a playoff spot. David Savard is Tampa Bay bound but Josh Manson out of Anaheim would be a great addition.

Anders Bjork has been a healthy scratch for the last 5 games, when I thought he was starting to play pretty well.. perhaps he's on the outs heading into tomorrow?

If you don't think the B's should buy at the deadline, do you trust Sweeney's draft decisions?

Obviously the B's are brutal right now, but if they can start to get healthy hopefully they can turn the tide in the last few weeks of the season. Tuukka Rask skated today and should return this week. Charlie McAvoy is skating, and should return on Tuesday night. Reinforcements are coming, we'll see if Sweeney decides to help this roster, or will he waive the white flag with 2 goalies and 4 D injured? I don't know if it's the optimism in me or what but I still think there is a ton of fight left in this team.

Trade deadline at 3 pm tomorrow. Broke it down with Jimmy Hayes.

Burn the tape from tonight. B's face the Sabres on Tuesday night and then two straight against the Islanders. This team isn't dead yet. We'll see what the roster looks like after 3 pm tomorrow.