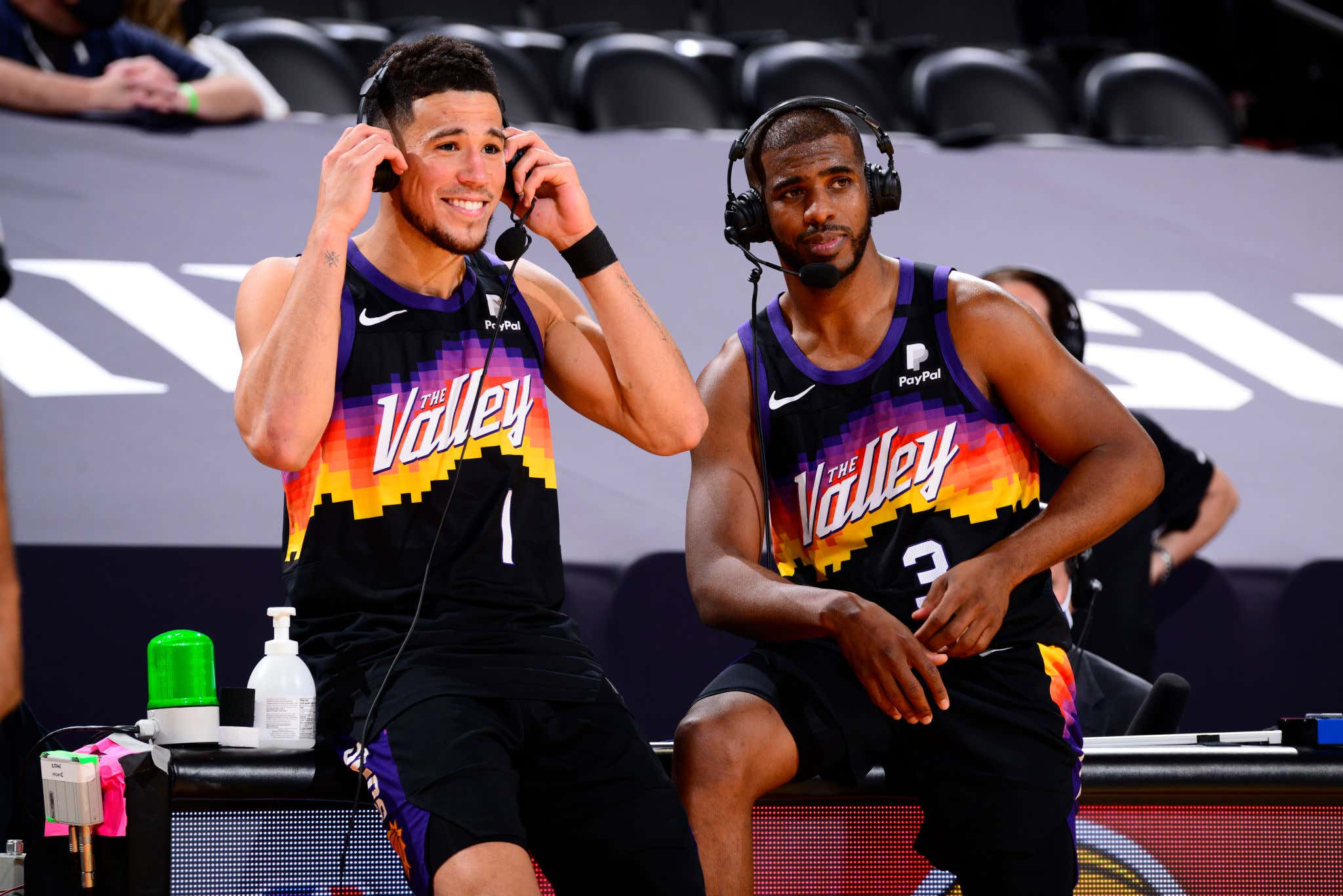 I hope you stayed up late and watched the incredible Suns/Jazz game last night because I think anyone that did came away with the same feeling. This would be one hell of a playoff series. If you missed it, here's a quick recap

Arguably two of the best teams in the entire league going blow for blow certainly scratches my basketball itch. Now the NBA might not want a Suns/Jazz Western Conference Finals from a ratings standpoint which would be the only way these two could meet if they both maintain their top 2 seeds, but for anyone who doesn't give a shit about ratings and only cares about the quality of basketball, I think it would be incredible.

We know the Jazz have been running through the league all year, and despite their dominance, people are still skeptical about their playoff chances. They are in a spot where that's going to happen until they come through in the postseason, no matter how dominant they are during the year. That's also true for teams like PHI/MIL/BKN/LAC.

With this Suns, it's a little different. They are the new kids on the block. Nobody saw them potentially being the top seed in the West, and as of the writing of this blog they sit just 1.5 games behind the Jazz. For me, it all dates back to Monty Williams' speech after their 8-0 run in the bubble

Let me just say, if you are for whatever still sleeping on the Suns, you're an idiot. They have proven to be as legit as any true contender in the West. It's not a small sample, it's not like they've just had one good week and have shot up the standings. They've been nails the entire year. Chris Paul came aboard and took them up a few levels. Devin Booker, despite his constant national disrespect, has been playing at an MVP (or at the very least All NBA) level. If you haven't already, it's about time to put some damn respect on what this team is doing out in the desert. It's not just the eye test either, the data backs it up

The list goes on and on. How do they fare against the elite teams in the West/NBA? If you take their record against the best teams this year, I'll call that a group of BKN/LAL/LAC/MIL/UTA/PHI/DEN, the Suns are 7-4. They've won both their meetings now against the Jazz. It's hard to find a more legit resume in the league if you're talking about true title contenders. Their win profile fits and then some.

So what makes them so good? Obviously, the fact that Chris Paul is still very much the Point Gawd is a big factor. Just like he did in OKC, he's completely changed this team's vibe. You could argue that the Booker/Paul pairing is one of the best clutch time options the league has. Paul has been the best clutch player in the league basically his whole career, and Booker has taken a big time leap in that area. Last night was a great example of what he can do when defenses allow him to get to his spots.

The reason I am choosing to believe in the Suns despite this group not having previous playoff runs together is because of the improvement on the defensive end. They went from 17th last year to a top 5 defense this year. If you are going to make it deep in the West, you need to defend. Just ask teams like the Blazers and Mavs. Offense is only going to get you so far. It's probably the biggest question surrounding the Nuggets right now despite how unstoppable they've looked offensively since the deadline. If you can't defend, you're cooked.

If healthy, the Lakers are obviously the title favorites. Until proven otherwise, that's the reality. But who knows what they'll look like by the time that rolls around. The West could very well be wide open and for the taking. If that's the case, it's impossible to not believe that the Suns have a legit shot. The sample size is big enough. They are riding a 7 game streak at the moment (tied with DEN for longest in the league). They have a great mix of legit vets and high potential young players. A legit coach.

I'm just saying, do yourself a favor and stay up to watch this team play. They've been a thrill to watch all year long and it's time they are talked about with the other elite teams in terms of who can actually contend for a title.