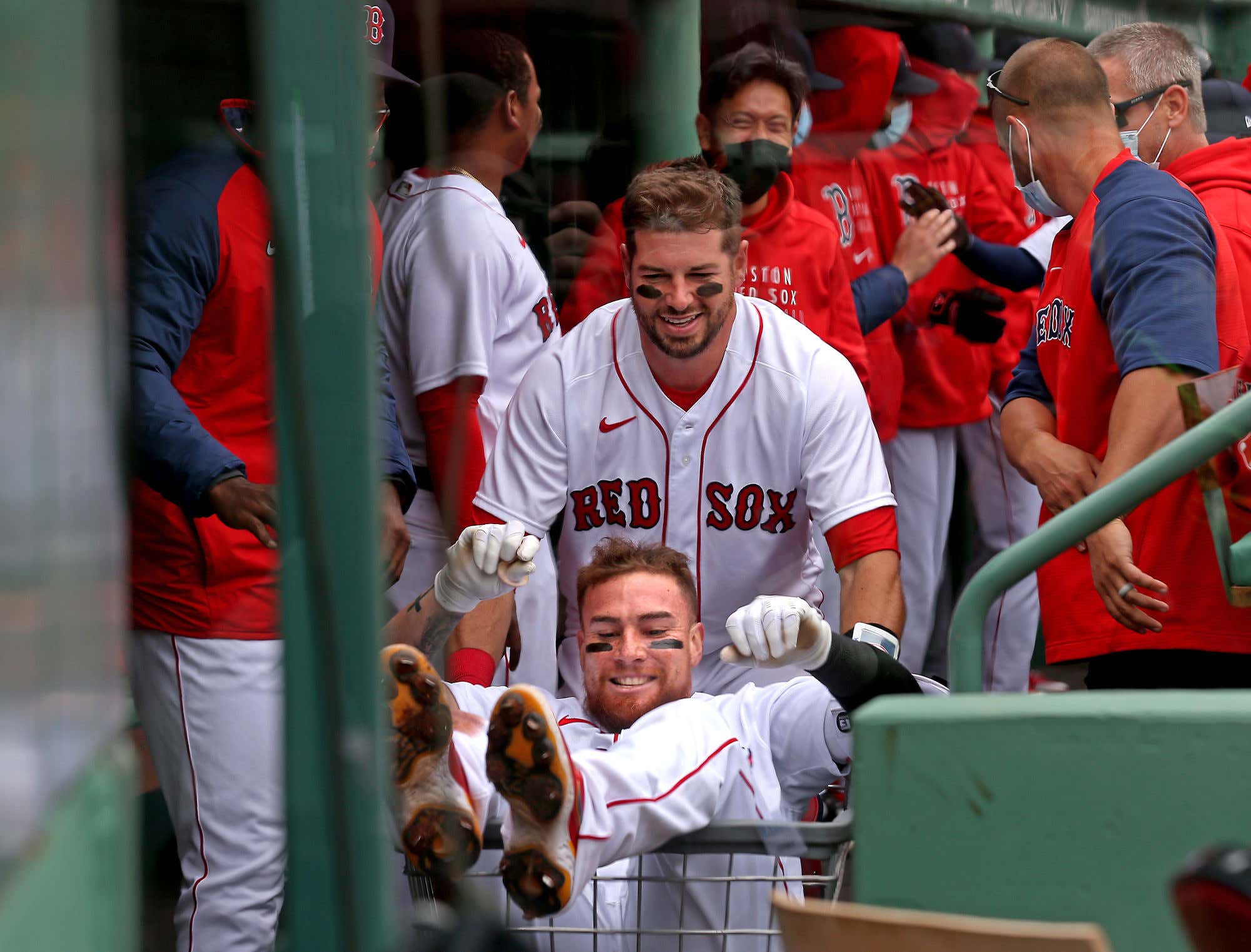 I kept receipts on everyone who said that the season was over after one series against the Orioles. I hope you feel like an asshole today.

Why did the Red Sox suck last year? Yeah, trading Mookie Betts is never going to be a net positive, but the offense was never the issue. That team led the league in hits, believe it or not. It was their pitching. The rotation was hot garbage and the bullpen was a joke. How we feeling today about those two Achilles heels? Aside from Garrett Richards, Red Sox starters have given the team a chance to win a ballgame every time out. There have been some slop bullpen performances, but none from anybody who the Red Sox would be regularly deploying in a close game or with a lead. Those guys have been nails, too.

Making his second start of the year, Nathan Eovaldi turned in the best pitching performance by a Sox starter on the young season. The flame-throwing right-hander went seven innings, allowed one run on three hits and struck out seven. This coming after a one-run performance on Opening Day in five and a third innings. With Chris Sale still sidelined as he recovers from Tommy John surgery, the Red Sox find themselves without a bonafide ace. However, what they do have is a collection of starters who are good enough to keep you in games and give the Red Sox offense a chance to do what they do.

And what they do is score a shit ton of runs. For the third straight game, the Red Sox had double digit hits, outscoring the Rays 26-9 in this three-game sweep. The past few games, it's been hard to choose a clear cut offensive standout, which is certainly a good problem to have. Every single game, JD Martinez has been either a candidate or the clear favorite. He had a two-run double in the fifth to make it 5-1, which really had you feeling like the sweep was in the bag. JD is now hitting .440 with a 1.404 OPS and leads the majors with eight extra-base hits.

After going 4-for-5 on Monday, Xander Bogaerts went 3-for-3 just to stay in shape in the series finale. And to follow up hitting a game-tying bomb in the bottom of the ninth on Tuesday night, Christian Vazquez was back on his bullshit, launching a two-run shot in the fourth.

Shout out to Bobby Dalbec. He finally got on the board with a two-hit day, as did Kiké Hernandez. Rafael Devers continues to struggle aside from his game-tying hit in extras last night. I feel like he does this every year, though. Slow starter, strong finisher. I ain't worried about Raffy getting hot and staying hot in the near future.

I'm sure some folks will have opinions about this, so I'll just give my thoughts really quick on the game being exclusively on YouTube. It was fine, I guess? I mean, I don't love it. That's not being an old that hates change. I'm all for whatever MLB thinks is going to attract a younger audience and I think we can all acknowledge that younger fans are far more likely to be surfing YouTube than even have cable never mind be watching it. My only complaint was that it kept freezing a bunch and I saw the same complaint from others on Twitter, people needing to refresh the game multiple times. There was one point where I was looking at a "We'll be right back" screen for half an inning. I'm all for growing the game in whatever ways are the most effective, but they've got some kinks they've got to work out, it seems.

The Red Sox will now shoot over to Baltimore for the Orioles' home opener and attempt to prove that the first series of the season was an aberration. In the series opener, we will see the season debut of Eduardo Rodriguez who spent a little time on the injured list to start the year after experiencing some dead arm in spring training. The left-hander hasn't seen a major league mound since his final start of the 2019 season, a year in which he was one bullpen meltdown away from a 20-win season. Rodriguez, if you recall, contracted Covid prior to the 2020 season and then battled heart issues as a result in the following months. His return will be a much welcomed addition to a Red Sox rotation that's already cooking with gas. The O's haven't named a starter yet.