If you've never had or even heard of Dot's Homestyle Pretzels it's not your fault. The first time I had ever seen these things was early last summer in northern Michigan. I thought they were just run of the mill, local pretzels until I popped a handful in my mouth.

I knew immediately they were special.

I checked the back of the bag and saw this lady staring back at me. 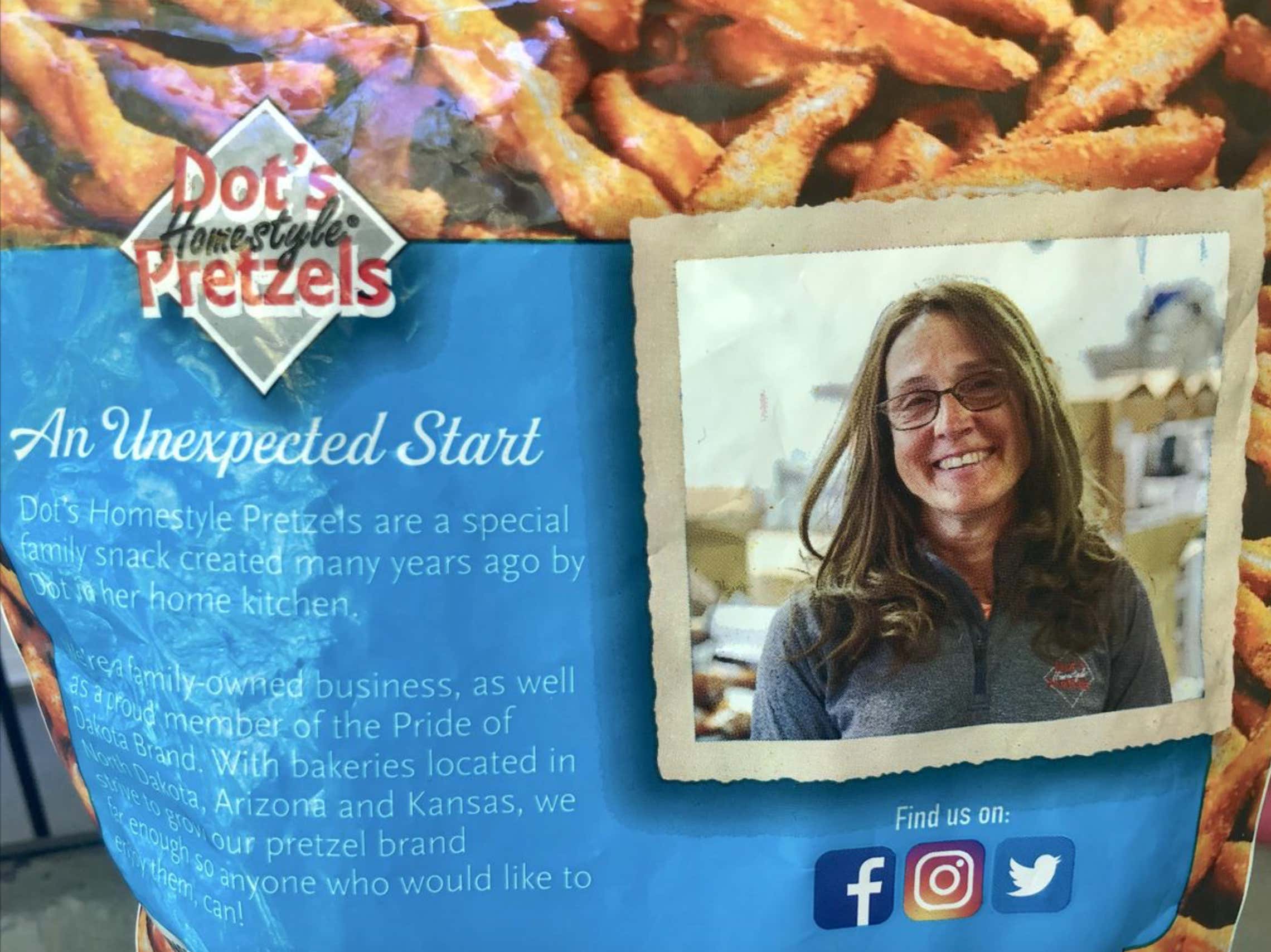 Dorothy “Dot” Henke. Come to find out, she started this whole thing out of her kitchen in North Dakota, in a quaint little town called Velva.

She started selling them out of her house back in 2011, and through the town's drug store, gas station, and truck stops.

They became a local hit so she decided to try selling them in her winter home of Peoria, Arizona and they caught fire there as well.

Her husband and she knew they were on to something, so they ramped up production, using commercial kitchens after hours to bake their store-bought pretzels (they used to clean out Big Lots brands) along with their secret recipe. They took their product to trade shows and eventually began attracting buyers.

Over the last few months, these started to appear on shelves in and around Chicago and now you see them everywhere.

Anybody that's tried them it seems is equally obsessed with them. I'm not joking when I say they're a serious problem.

You can't stop eating them when you pop open the bag. I'm at the point now where I can't get in the car or walk home from the store without opening the bag and blowing through half the bag before I even get to my front door.

I don't think they're on the East Coast yet but when they make it there, you've all been warned. The first time you try them you will be hooked.

They launched a "Southwest" flavor and I don't hate it, but the original is better in my opinion. Too much going on with the southwest style. I'm a keep it simple kind of guy.

She also dropped a pretzel, toffee, chocolate bar that I've been searching everywhere to try because I know it will be fire.

And supposedly there are rumors of Dot's Baked Cheese Curls being out there in select places which begs the question, is Dorothy Henke primed to take over the snack food game?