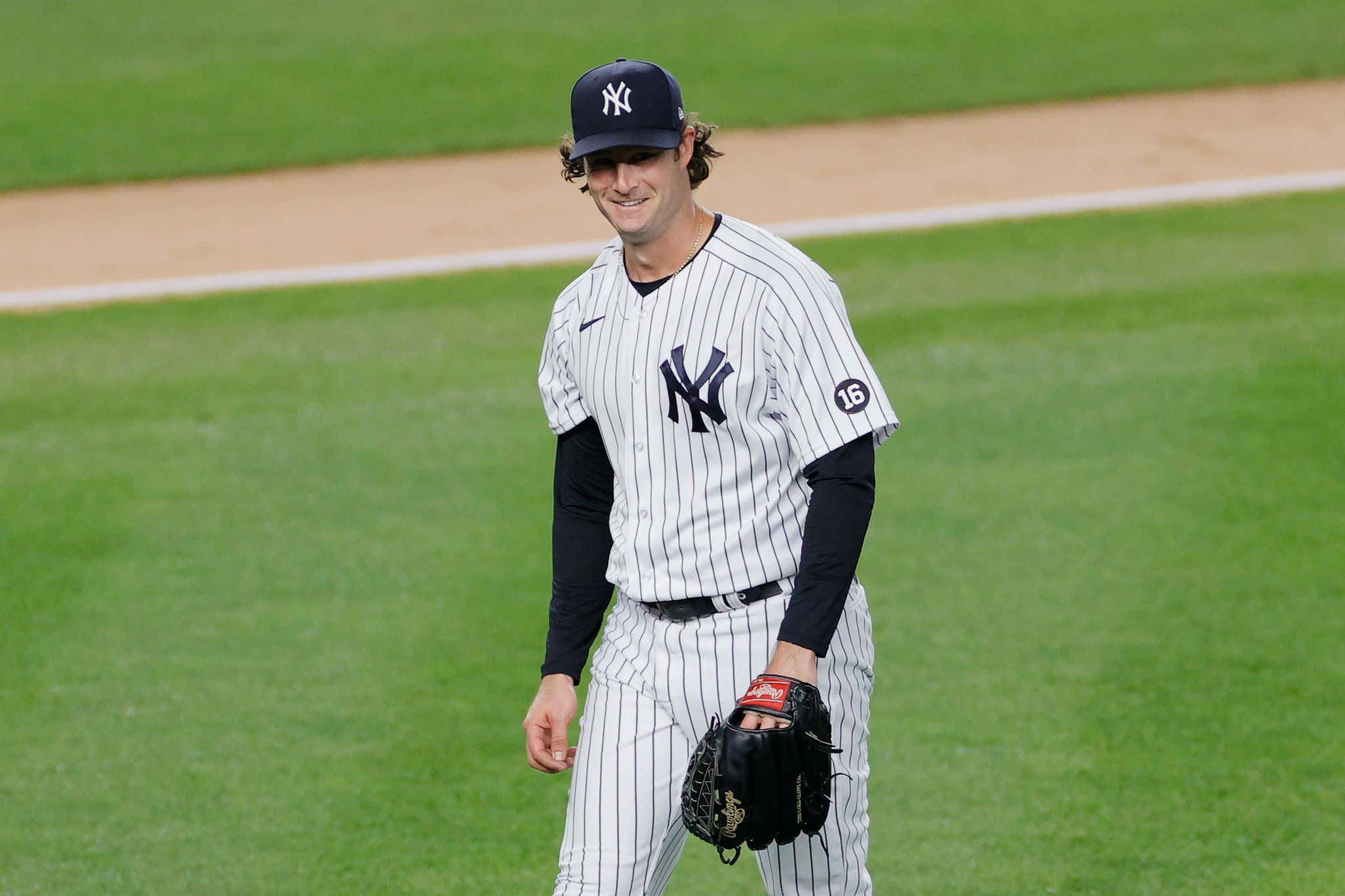 7 innings. Zero runs. Zero walks. 13 strikeouts (tied for his career high in pinstripes). Yeah this Gerrit Cole guy can fucking pitch. I mean wow that was so awesome to watch. When Cole has everything going like tonight it's truly not fair for anyone with a bat in their hand. After a little bit of a shaky start with a lead off single and a wild pitch, Cole worked out of trouble thanks to a really nice play by Jay Bruce nabbing the runner at home. After that point he decided to completely dismantle the Baltimore Orioles offense. Guys were forced to guess all over the place and stood zero chance. What's your poison? 101 mph fastball right by you? Changeup you think is going to be the 101 mph fastball? How about the wipe out slider? You know what, you'll get the knuckle curve and you'll like it. Every pitch was working with pinpoint control. 27 swings and misses. Something I'm obsessed with is the Cole strikeout strut and we got a lot of that in this one.

Remember when Carrabis got all excited when Major League Baseball said they were gonna crack down on pine tar with pitchers? I don't think it's going to matter with Cole.

This Knuckle curve/fastball overlay is just stupid. Shit looks the same pitch until the last split second. How does anyone ever hit him?

And for his final punch out? Little fuck you fastball to haunt you in your nightmares.

You see that's what happens when you let your ace pitch a full outing instead of hypothetically pulling a dude with 77 pitches after six frames. Couldn't be my team.

Offensively, Jay Bruce got on the home run board with a vintage Short Porch home that just snuck over right field. Judge had himself a night picking up three hits including this bomb into the bleachers to put the game completely out of question.

Good night to win a baseball game. Let's do it again tomorrow with Jamo on the bump.