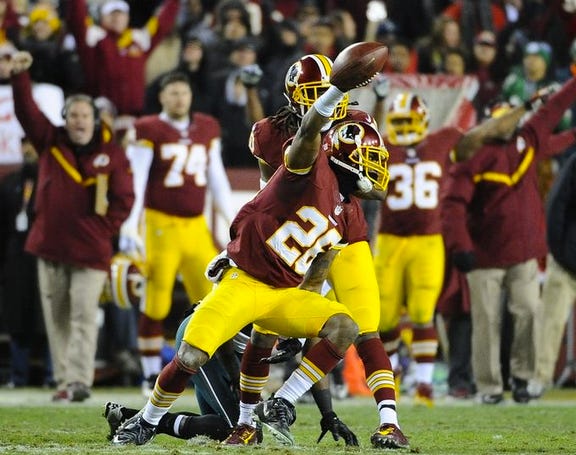 ESPN - Washington Redskins cornerback Bashaud Breeland will miss the season opener after being suspended by the NFL for an incident during last year’s training camp, a source confirmed. Breeland was cited for possession of marijuana last Aug. 11 on the campus of Virginia Commonwealth University in Richmond. The incident occurred on the final night of camp and he was served a summons for simple possession of marijuana. The Redskins have not been officially notified of the suspension, which was reported earlier Friday by the NFL Network. Coach Jay Gruden is expected to speak to the media in the afternoon. The Redskins host the Dolphins in Week 1. Breeland, a second-year player, started 15 games for the Redskins last season in place of injured DeAngelo Hall. The former fourth-round pick has been working as the slot corner in training camp, with Hall starting opposite Chris Culliver.

Oh ok. I had totally forgotten about this. You know, because it happened a full calendar year ago. He was cited for Marijuana during last year’s training camp. I guess Goodell was going through his checklist and remembered he never did anything about this and was like “oh shit, might as well give him a game”. A full year later. Pretty remarkable, but them’s the breaks I guess. Goodell gonna Goodell. So the Skins will be without arguably their best corner for the opener which obviously sucks. I’ll have to see DeAngelo Hall in preseason games but it should make any Skins fan nervous that they don’t have a better option than him.

And PS, thought we were done with the giving out weed suspensions? I thought they decided to kind of cool it on that? I would prefer a corner on my time not smoke, but whatever, it was the last day of camp, he earned a joint. A game suspension for that is so dumb.