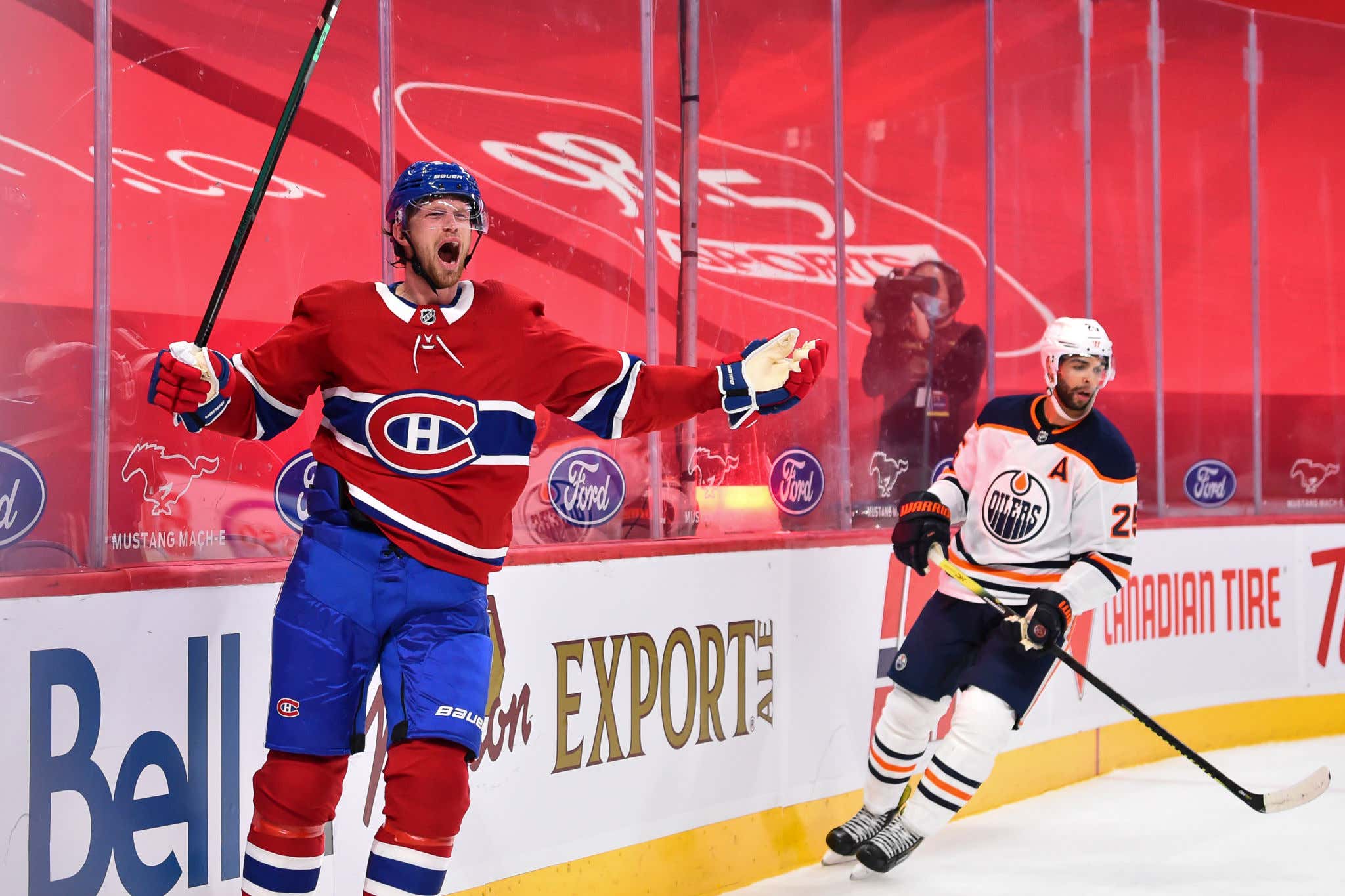 I'll be honest--I thought Buffalo trading for Eric Staal in the offseason was going to be a move that helped push them over the edge to no longer being the worst team in hockey. I figured you put Eric Staal in the same locker room as Jack Eichel and it takes away some of the leadership responsibilities that Eichel had on his plate. That way he can just focus on being a sick bastard on the ice and racking up a ton of points, while Staal could be the go-to leadership guy. And maybe there are an infinite amount of timelines filled with an infinite amount of realities, and in one of those timelines there is a reality where Eric Staal and the Buffalo Sabres are one of the most lethal teams in the NHL right now. But it sure as shit didn't work out that way on this timeline and in this reality.

So in come the Montreal Canadiens. One of the most charitable organizations in all of sports. They see this poor, old Eric Staal just wasting away in Buffalo. He's 36. He can't afford to spend anymore time there or else whatever gas is left in his tank will be drained by May. So the Habs go out and they make a trade for Eric Staal in exchange for a 3rd and a 5th. And in his Montreal debut last night…

HE'S ALIVE! HE HAS RISEN! Eric Staal with the overtime game winner in his first game wearing a Habs sweater. A big 2 points for Montreal as they continue to chase down Edmonton with 4 games in hand. And a big 2 points to keep the gap between them and the Vancouver Canucks growing. The Canucks are going to be in for a tough stretch of hockey whenever they get back on the ice. They've had like 20 guys catch the 'Rona, so they're going to be super depleted whenever they get back. The Flames are a mess. The Senators stinks. So you have to imagine the Montreal Canadiens are going to be a playoff team, even if this Carey Price injury takes him out of the lineup for a little while.

So for the Montreal Canadiens to not only save Eric Staal from Buffalo but also give him another crack at the Stanley Cup Playoffs? Well the Nobel Prize is awarded based on contributions that have conferred the greatest benefit to humankind. I'd say that trade is worthy of at least one of them.