Blogger's Note: The stream appears to be down as the chopper refuels. Technology can only take you so far in the police chase game. Below is a new stream complete with classic rock and songs like Yakkety Sax

I've spent all day doing podcast and Mets stuff but as soon I saw this ambulance police chase hit the timeline, I knew I had to get it onto the blog ASAP so we can see what unfolds together to burn the rest of this work day away. I'd put a stolen firetruck as the only vehicle that trumps an ambulance just in terms of the feeling you get in your plums while watching it due to the sheer size and absurdity. A frambulance would trump both it it were real, which it unfortunately is not (yet). A police car is up there too but it leads to a bunch of confusion once other police cars get into the mix. You can maybe convince me that a cement truck or certain types of construction vehicles could overtake an ambulance if the mood is right, but my simpleton brain deducts a full letter grade due to the lack of sirens while military vehicles come with a chance of legitimate violence that my pussy pacifist brain wants no part of.

As someone that has driven an ambulance or 100 during my GTA days, I know just how hard they are to control, which increases the danger vibes of everything. I also know from those very same days how fucked you are once a helicopter sets its sights on you. Here's to hoping everyone ends up safe and at some points the driver turns on the lights.

UPDATE 1L Just got a tip from Josh F that this station had an ambulance stolen last year that was driven to Shreveport, LA. If true, someone in that fire department has a hotter seat than Dave Gettleman right now 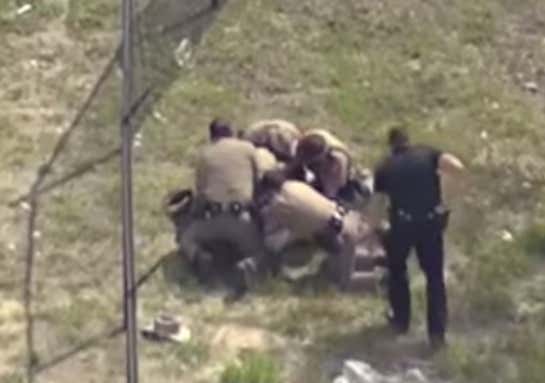