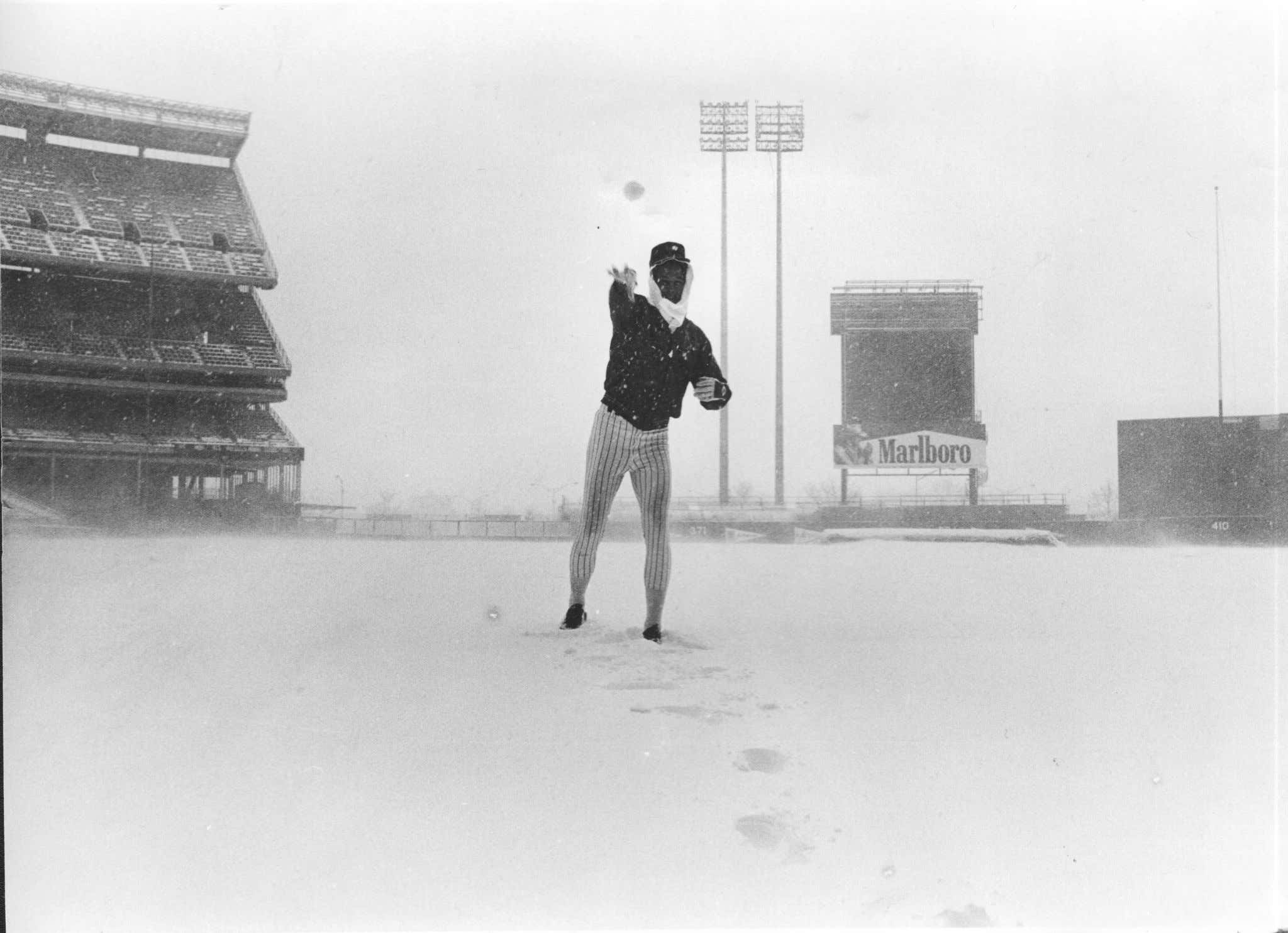 The calendar said, "Play Ball," but baseballs were placed with snowballs as a massive spring snowstorm postponed opening day throughout the northeast. Six season openers were put on hold, including the New York Yankees, who were hosting the Chicago White Sox in the Bronx. More than a foot of snow fell in New York, causing the Yankees' five-game homestand to turn into a Sunday Doubleheader as it took four days to get the field in playing condition.

The 1982 baseball season began on April 5th, with two games. The Cincinnati Reds hosted the Chicago Cubs in the traditional opener at Riverfront Stadium, while the Baltimore Orioles hosted the Kansas City Royals at Memorial Stadium. The Reds suffered a 3-2 loss as a storm front shortened the game to eight innings. The Orioles were able to complete their game, beating the Royals 13-5. The storm that began in Cincinnati would move east and wreaked havoc on the schedule for the next three days.

Just days before the blizzard, the weather was beautiful. On Friday, it was 72 in New York, perfect baseball weather. However, an arctic front moved in as old man winter had one more blast for the Northeast. With the cold front came moisture, as what was originally forecasted for a few inches turned into a dangerous blizzard with high winds. Total accumulations ranged from 10-18 inches as six season openers were postponed.

Record cold weather arrived on the heels of the heavy snow. Instead of a quick melt-off, the snow lingered and forced more games to be postponed. The entire two-game series for the Boston Red Sox and Chicago White Sox at Comiskey Park was wiped out, as was the Cleveland Indians series at County Stadium against the Milwaukee Brewers, the Toronto Blue Jays series against the Detroit Tigers in Detroit, and the Montreal Expos series against the Pittsburgh Pirates at Three Rivers Stadium. The second game of the Royals and Orioles in Baltimore was also snowed under.

The New York Mets and Philadelphia Phillies were able to open their season two days later at Veterans Stadium. However, the New York Yankees opener in the Bronx was delayed four days as drifting snow and power outages in the Bronx had their five-game homestand reduced to a doubleheader against the White Sox, as their opening two games against the Texas Rangers and the first two games against the White Sox were all postponed. In addition the Orioles game on Friday against the Red Sox was postponed for one day wwith a Saturday doubleheader to follow.

In total 15 games were snowed out, as the 1982 season had a frosty beginning.