The White Sox are on Sunday Night Baseball tonight for the first time in what I would guess is like 100 years. Maybe they had a Sunday night game against the Cubs or some shit recently, but no idea. Doesn't matter. What matters is they are thought of well enough to get tonight's night game by the world wide leader. Good shit.

So I figured I'd do a brief "get to know the White Sox" post to anyone who couldn't name more than like 5 players on the White Sox because they're going to be nationally televised a LOT in the coming months and years.

Let's start with the bullpen. The bullpen is the best and deepest unit on the team IMO. It has talent on talent on talent, starting with  Matt Foster and Evan Marshall who are perfect set up men for any bullpen. These aren't two dudes who will blow the ball by you, but they both typically have good command with ++ secondary offerings (Marshall's change/curve and Foster's change). Marshall got touched up a bit last night, but they've both already struck out Trout this series and I couldn't be more comfortable giving them the ball in the 5th or 6th inning.

Then we get to the fun stuff - the power arms: Michael Kopech, Garrett Crochet, Codi Heuer and Liam Hendriks:

All 4 guys are at or above 100MPH, all 4 guys have disgusting, wipe out sliders. All 4 guys could be closers on just about any team in baseball. They have high leverage, fuck you attitudes and want to embarrass you when they face you. Just unzip their pants, whip out their dicks and smack em across your face. Kopech will be in the rotation come July most likely, but right now he is a part of one of the best units in baseball. I LOVE this bullpen. It's fucking filthy. These 4 guys have jaw dropping arms.

And I haven't even talked about Aaron Bummer yet:

Just a 96-97MPH fastball that is as heavy as a bowling ball. NBD. Dude is awesome and the White Sox gave him the biggest extension ever for a reliever that was pre-arb last year. Dude rocks and this bullpen rocks.

Then we get to the lineup:

You got some legit star power in it. Abreu just won an MVP, Anderson won a batting title 2 years ago and placed 2nd last year, Robert has 40/40 potential, and Moncada, Grandal and everyone else should form what's a nasty O and that's all before I even mention Andrew Vaughn who I think could be the best hitter of all of them. Eloy's death injury hurts for sure. REALLY hurts. Now you have bums like Billy Hamilton starting and getting regular tick. Not good. Other than it being top heavy, it should produce. My advice to you is to bet the White Sox every single time they face a left handed starter. They MURDER left handed pitching. 16-0 going back to 2020's 60 game season.

But the depth sucks. Adam Engel will be back in a few weeks and he's proven he is a great 4th OF that can hit for power, but he's out right now with the hammy. Hamilton, Jake Lamb, Leury Garcia and whoever else is DOG SHIT depth. It's not good. And right now, they're forced to use those guys more than they want to because of Eloy and Engel's injury. It really sucks and could be what is the death of this team in the end. Those guys stink

The starting rotation doesn't stink though. Giolito is a legit star:

Keuchel is Keuchel, will give you innings and keep you in the game and Lance Lynn is a motherfucker with a heavy ass fastball and dickhead attitude on the mound who eats innings for breakfast, lunch and dinner. I'm perfectly content with the White Sox top 3. Their next 2 and beyond when you need a spot starter? It remains to be seen how good it is. Dylan Cease, who starts tonight, has an all world arm, but hasn't been good since he's been in The Show. He has labored and labored some more in almost every one of his starts. Poor command of his fastball and few swings and misses. It's bad. But he's worked with Ethan Katz all winter and into spring training and Ethan Katz was a major reason Giolito found success 2 years ago, so I am entering tonight and this season with an open mind on Cease. Hope he dominates, he definitely has the shit to do so, as does their 5, Carlos Rodon. But those guys have to put up or shut up.

And let's talk about our manager: 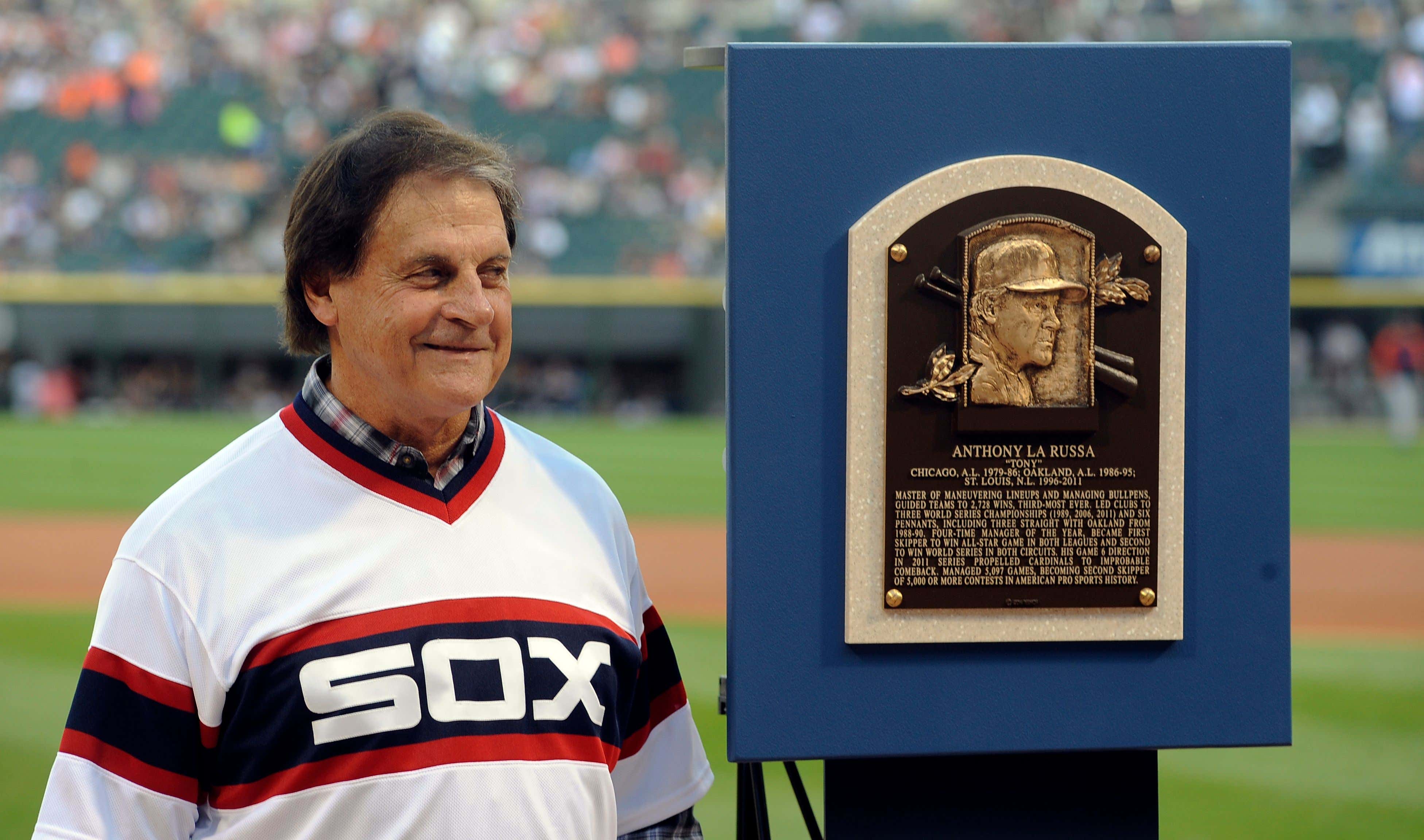 Yes he's like 100 years old. Yes he's probably a drunk asshole. Yes he was a totally out of left field hire. But he's a hall of famer. He knows what the fuck he's doing. He's got as good a feel for the game as anyone ever. He's going to provide a lot of great sound bites this year. I am all for it. Fuck the haters, Tony is awesome and will be great for this club for the next year or two. He doesn't have a plaque in Cooperstown because of luck or anything, he has one because he's one of the best ever to do what he does: manage baseball games. That said, he's only going to go as far as the roster takes him. Hopefully Hahn and Co. can add the necessary complementary pieces (that are not currently on the roster) so their lack of depth isn't their undoing this summer. That said, Yermin Mercedes is 8-9 so far to start the year and will keep getting chances to solid himself as a spark plug off the bench. Dude can stroke it, and I'm not saying that because of his hot starts. Dude knows how to hit.

Enjoy them. They're a lot of fun to watch. Luis Robert, Yoan Moncada, and Tim Anderson all have the ability to put on an AWESOME show for you non-white sox fan spectators tonight. That, and someone will do something stupid. They've already dropped 2 routine plays in the outfield that have cost them games so far this year. You'll get some laughs out of them, but you'll also say "holy shit this guy's good" about a few of their players too. They're a whirlwind. They could win 100 games this year or 80.

Go White Sox. Any questions, fire away in the comment section.