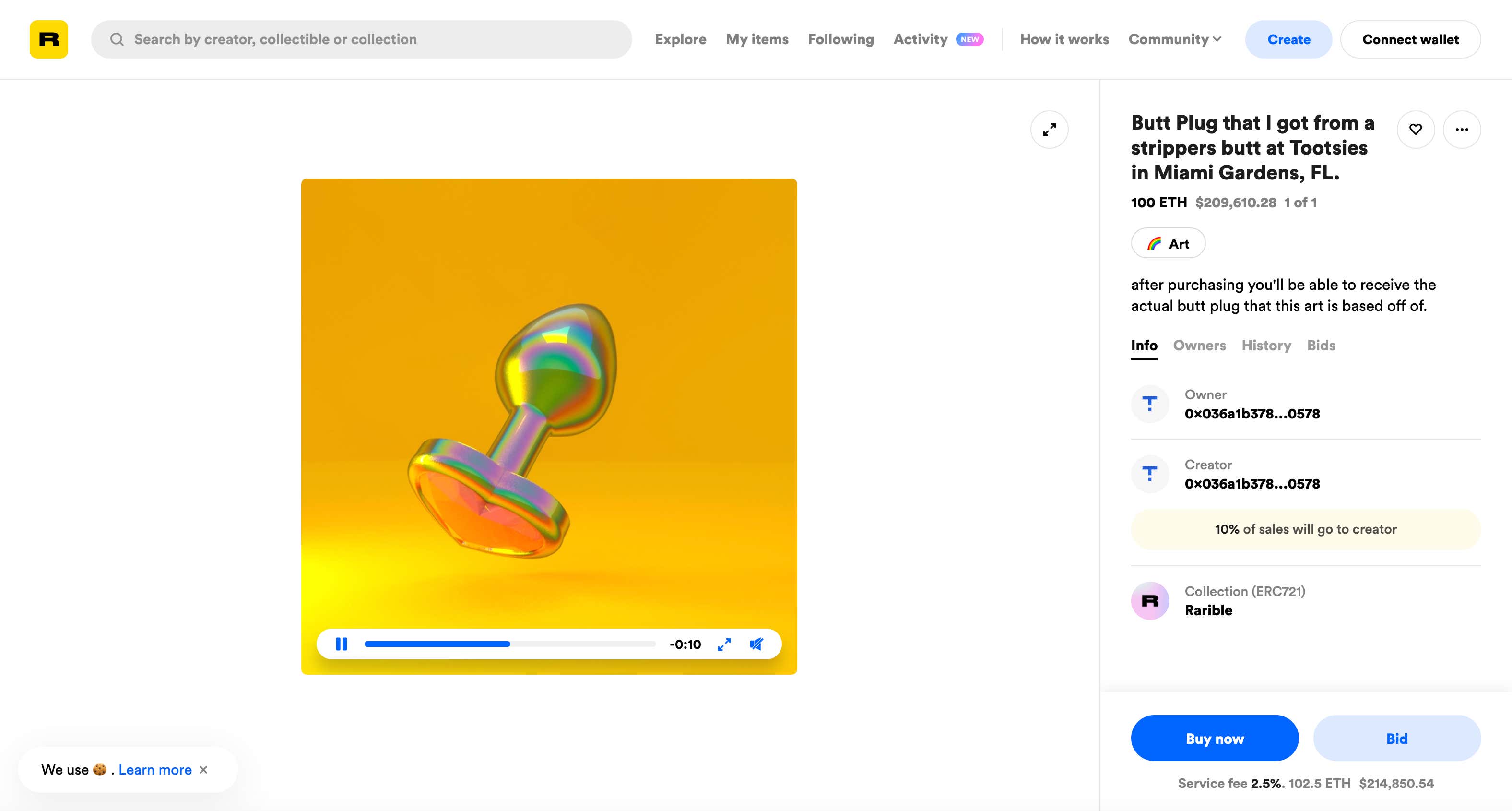 I've been trying to educate myself on NFT's for the past couple months ever since they came on the scene like a bat out of hell.

It's totally changing the face of the music industry as we know it.

Calvin Harris thinks its going to revolutionize how musicians make their money in the future.

Athletes and the forward-thinking leagues like the NBA are getting in on the craze.

It's insanity and I haven't been able to tell if it's a really inflated fad, or in fact, really the future.

But then a stoolie sent me an email asking if I'd seen this NFT for a butt plug and my mind is even more of pretzel.

If we're selling NFT's of absurd shit like this, and people are out there throwing money around like they're the federal reserve, then maybe NFT's really are the future.

Here I was thinking this whole time NFT's had to be tied to something of artistic value- a musical composition, a painting or drawing, or a highlight of an athletic accomplishment. Nope- yank an object out of an exotic dancer's orifice, commission a digital rendering of said object, and slap a $200k price tag on that baby. Only in America.