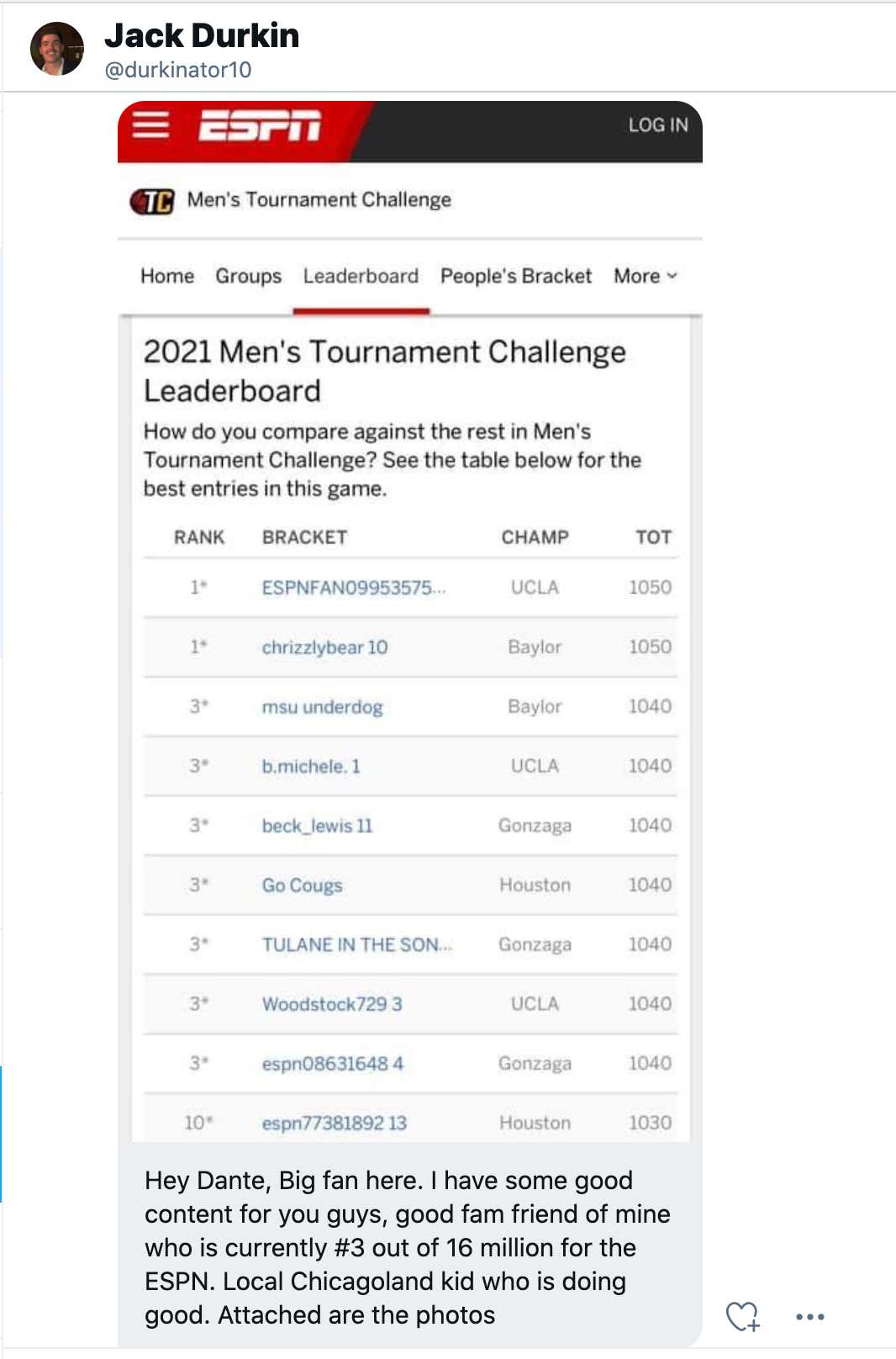 Shoutout Jack Durkin for putting this on my radar yesterday. This kid "MSUUnderdog" is #3 out of 16 million entries in ESPN bracket contest which sees the winner takedown the following-

Not to sound like an ingrate but I thought it was a few million, still though, a free trip to Maui is solid. 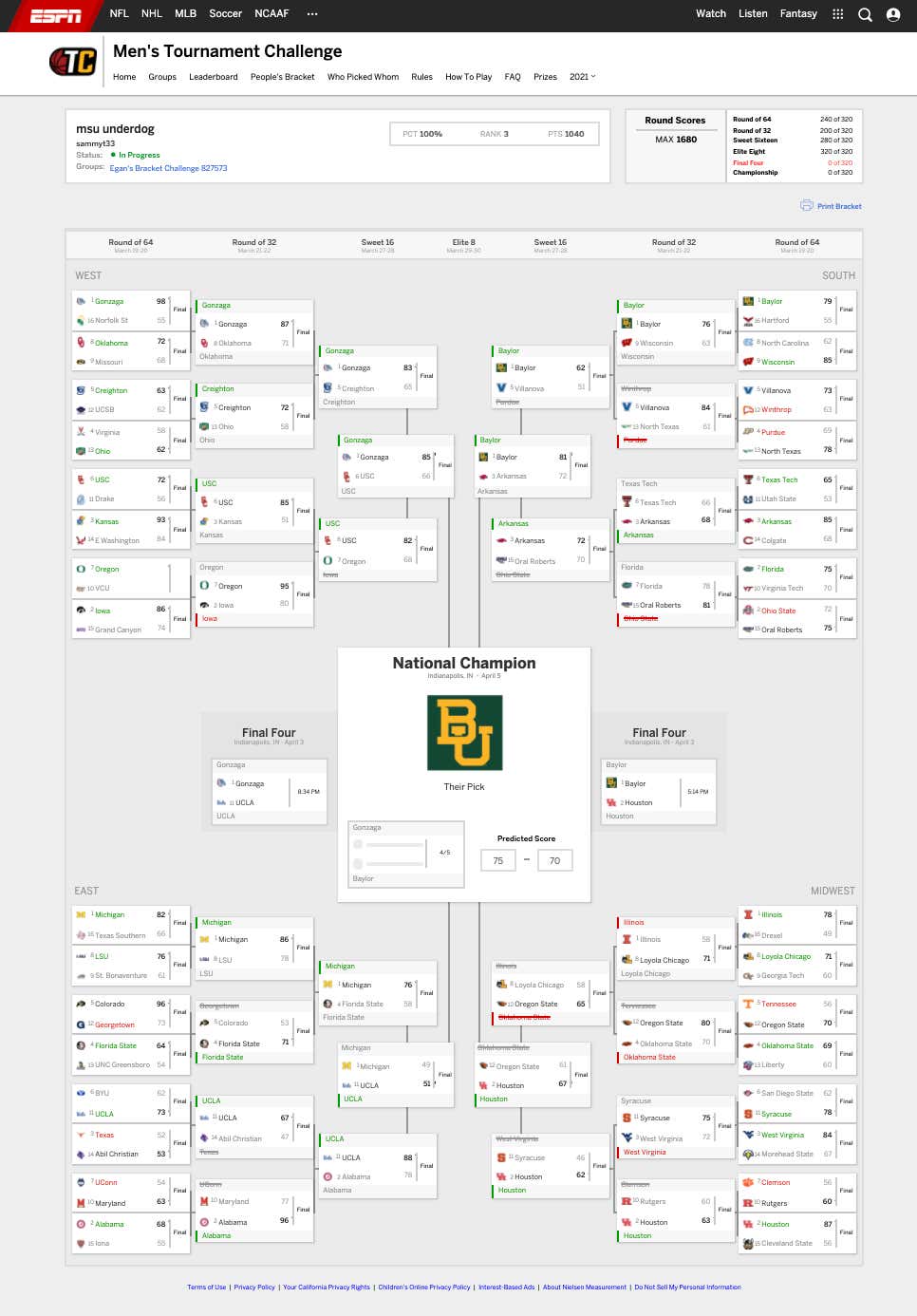 Jack linked me with the Jerome Tomas, dad of MSUUnderdog, whose real name is Sam Tomas, to discuss how he pulled this off and what the rest of his bracket looks like.

Hey Dante, nice to meet you. It’s an ironic twist. He is a life long Michigan State fan. I went there. He played the “winner of the MSU/UCLA play in game” all the way to the final four. He thought it would be MSU. It’s not, its UCLA. He just kept riding UCLA even after they beat MSU. Most people would have swapped out UCLA right away because everyone thought the Pac12 sucked and that MSU was peaking at the right time in a tough conference. Sam said screw it, if these guys are good enough to beat a team that has beaten 3 top 5 teams in the last several weeks, they are good enough to make a run. And it worked!

Further irony is that his team name is “MSU Underdog.” He picked a bunch of other upsets. He sits 3rd in the world out of 14.7M brackets on ESPN. He has Baylor, UCLA, Gonzaga and Houston in Final Four, Baylor and Gonzaga in Championship and Baylor winning. Happy to provide further detail and thanks for the Barstool love He loves barstool sports. I even have a cutout of a barstool sports sticker on my bass guitar

Send it in Jerome!

So turns out that thinking that since UCLA was good enough to beat an MSU team that beat 3 top 5 teams in the last month of the season they were good enough to go almost all the way was brilliant. 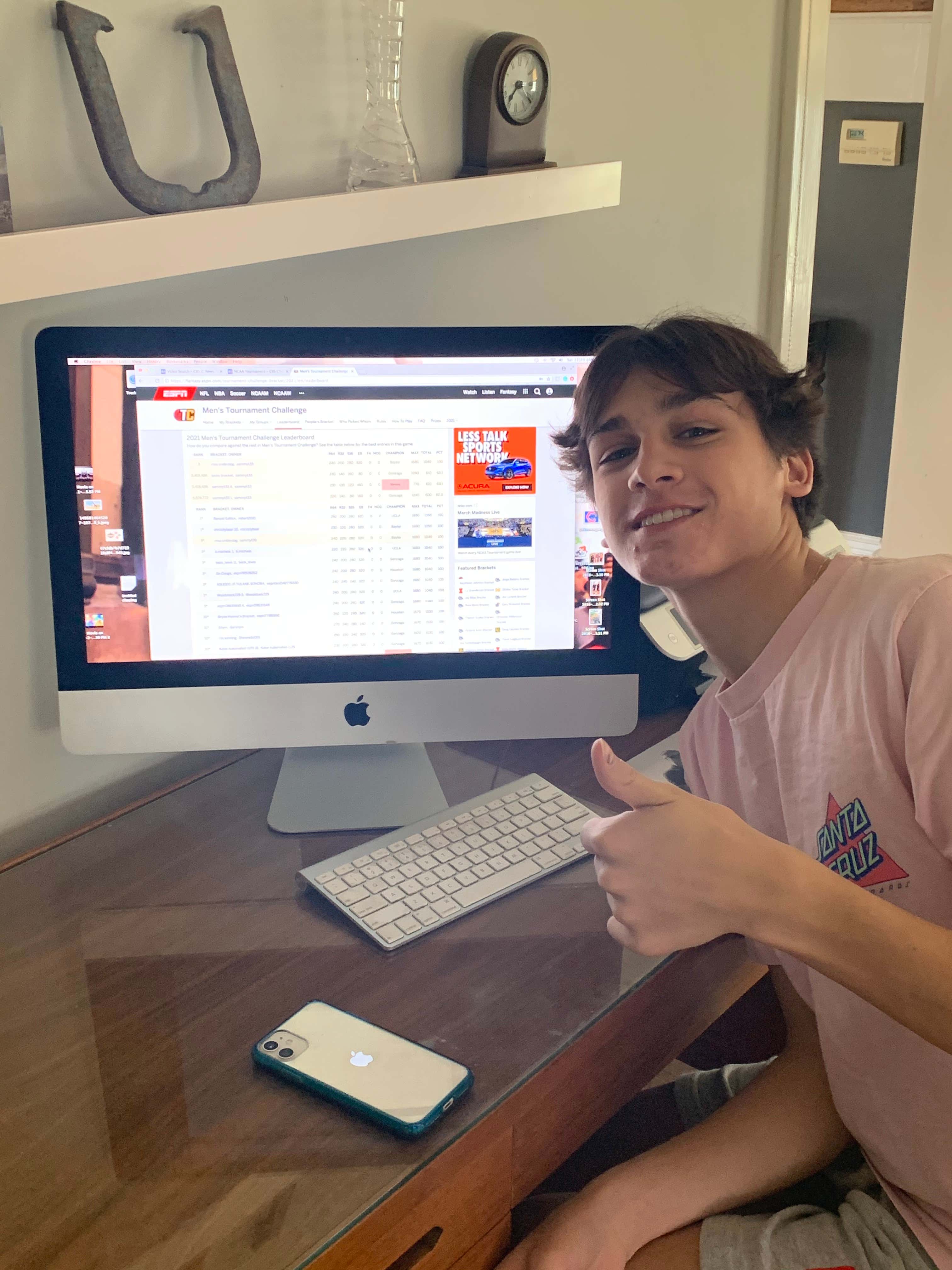 So I am now 100% pulling for Sam and Baylor now. Send this kid to Maui.