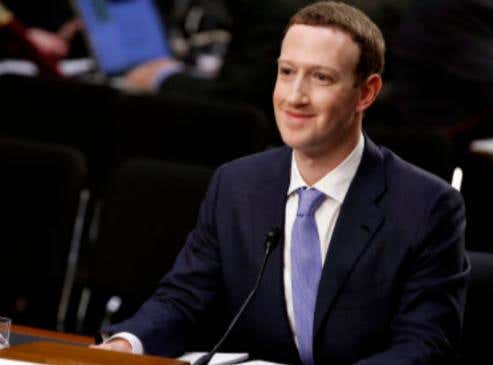 But before he even went to college, Zuckerberg’s father Edward offered his son an alternative — a future as a McDonald’s franchise owner.

“My dad, funny enough, right before each of us went to college offered us the options of going to college or like investing in a franchise and running it,” sister Randi Zuckerberg told CNN Business’ Laurie Segall of her dad’s offer to his son and each of his three daughters.

A 2016 report from CNBC and Franchise Business Review pegged the average profit of food and beverage franchises at $90,388 a year. And it’s not unusual for McDonald’s owners to make six figures, according to a 2015 Bloomberg story.

Of course, Zuckerberg currently has a net worth of $66.6 billion, according to Bloomberg’s Billionaires Index, which roughly translates to making over $4.7 billion a year since he dropped out of college in 2004.

This fucking weirdo Mark Zuckerberg never ceases to get weirder. Is this a thing that people in real life have to consider? Do I want to go to college or do I want to own a McDonald's franchise??? What a bizarre thing to even offer your child. Like, when I was a kid it would be like "do you want to get a new tshirt or do you want to see a movie"and I would ponder over that for hours. Zuck, on the other hand, could have chosen between a top education in the world, or a million dollar fucking McDonald's restaurant.

It’s unclear how much Zuckerberg’s father would have had to invest for a McDonald’s franchise in the early 2000s, but today, according to the McDonald’s website, the total investment to begin operation of a traditional McDonald’s franchise ranges from $1,013,000 to $2,185,000, and that “profitability depends on many factors.”

What a god damn graduation present. Remember when you graduated high school and all you wanted was a 20 dollar bill to fall out of a card? Zuckerberg was given A MILLION DOLLARS AND FREE BIG MACS FOR LIFE!!!!

I mean I don't know how much of this story is 100% true. Yes, his sister did say it, but like, Mark was never going to run a fucking McDs. He was a software genius from the time he was 10. He was building apps when he was 12. Imagine in another universe where he actually hates computers and isn't super horny and he just takes the franchise. And instead of being Mark Zuckerberg, lizard person who drinks baby blood and hacks elections and is part of the Illuminati, he's Mark Zuckerberg, owner of the McDonald's in the Dalewood Shopping Center in White Plains, New York, cleaning floors and salting the french fries when 15 year old Jared with braces calls in sick.

I do think everyone eventually does wind up where they're supposed to be though. So even if he did take the McDonald's job, dude was way too power-hungry to ever actually do that. He would own the entire company by the time he was 30 one way or another. Instead, he founded Facebook and ruined all of our lives instead. The duality of life.