The D'amelio's run the internet. There is no other way to say it. The family totals well over 200 million followers on social media. I'm not 100% certain of this, but I think it's fair to say that Charli D'amelio is the most influential female on the internet currently (100% in the top 5/10). You may not give a shit about the family as a whole, but the whole world does. If you still don't get it, Dave Portnoy, who moves for almost nobody except himself, flew to LA to appear on their show. That's the kingdom they've established and currently run.

Last week, when Dave was in LA because the D'amelio's said he had to, Dixie appeared on a pizza review.

Some have noticed that Dixie is the same height as Dave in this photo. I do want to point out that she is wearing platform shoes: 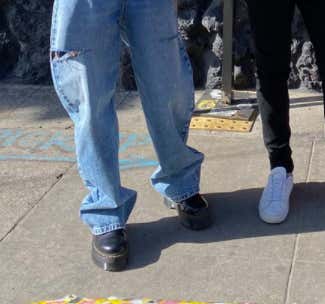 And as you can see, Dave is wearing flat shoes. That didn't stop Dixie from hopping on her podcast and taking an unprovoked shot about Dave's height!

Alexa (D'amelio's Assistant): You were like a little nervous (about Dave being there)

Dixie: I was shaking

Alexa: It was like weird to have him there, because it was such a build up

Dixie: He was a lot shorter than I thought

When reached for a comment, this is how Dave responded: 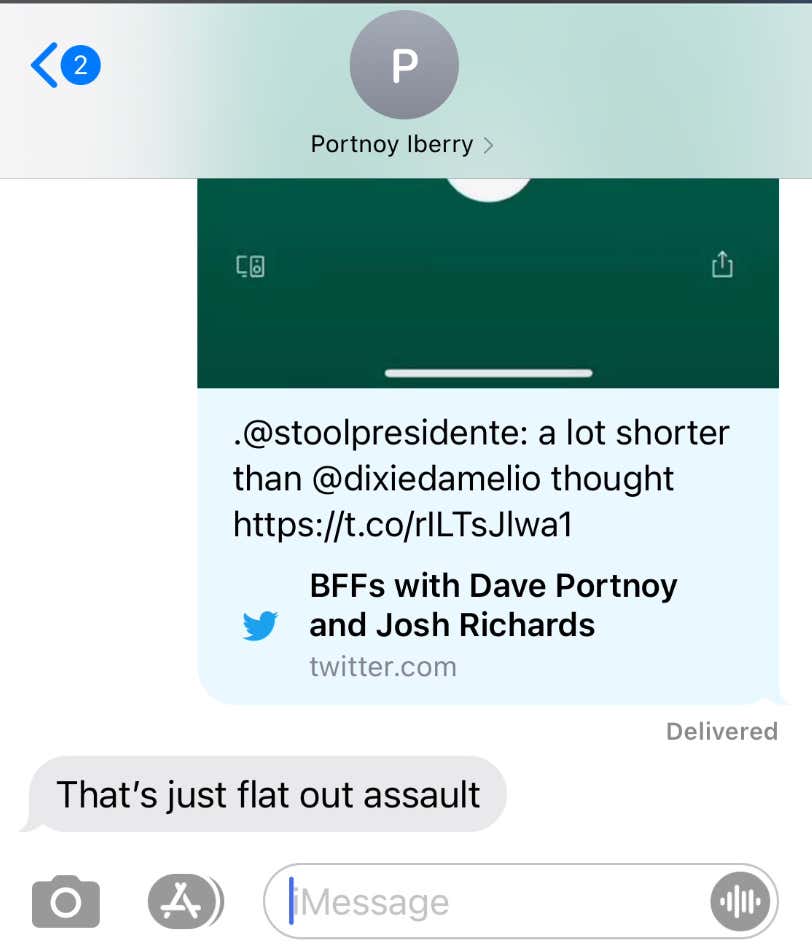