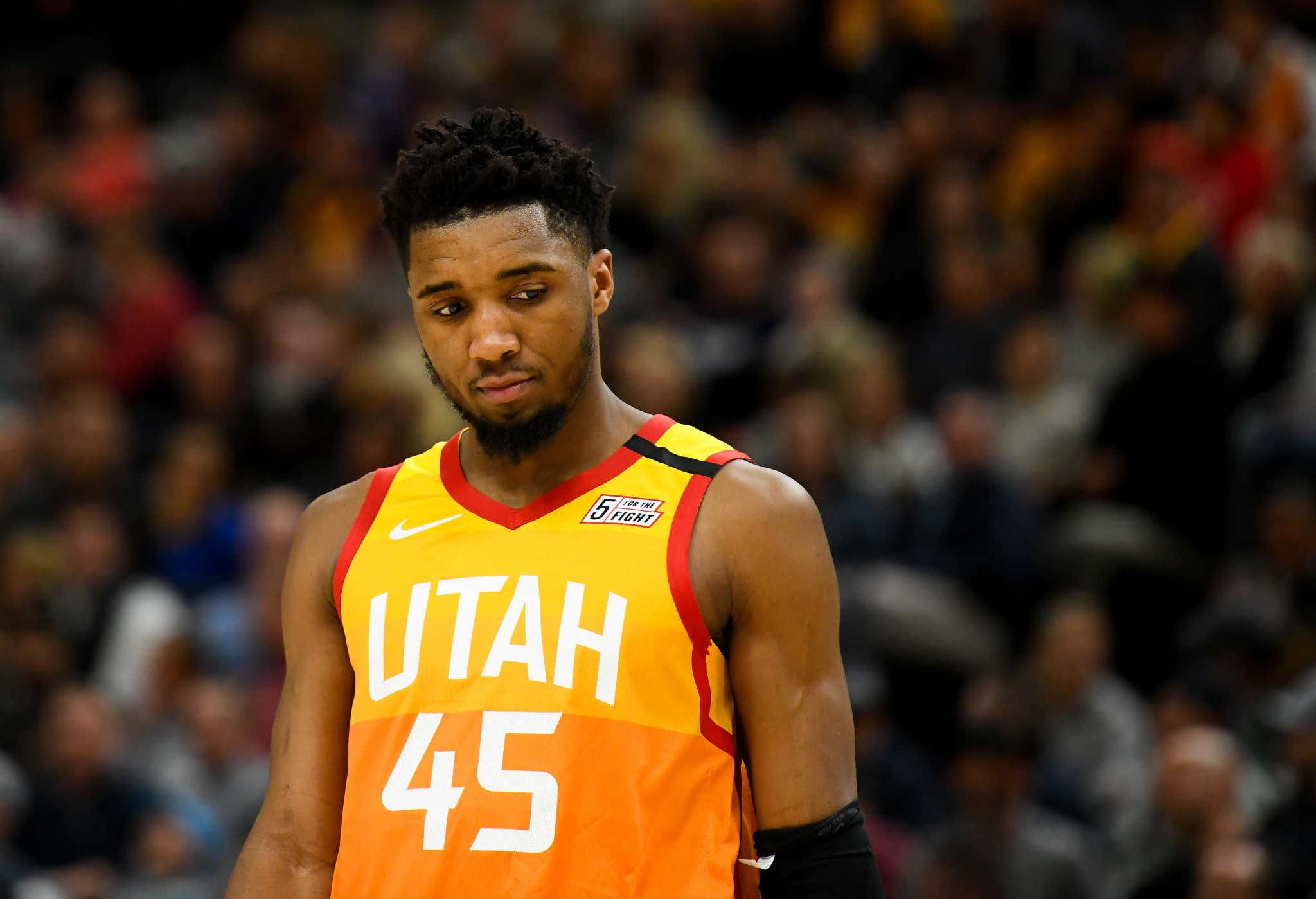 As our own Reags pointed out yesterday, the Utah Jazz team plane had a harrowing collision with a flock of birds and had to limp back to Salt Lake City. For those who missed it, here’s the back story.

The Jazz team plane took off from Salt Lake City on Tuesday flying to Memphis when about 20 minutes after takeoff, their plane struck a flock of birds and suffered heavy damage. For a good 10-15 minutes, the players legit thought this might be the end. Players reported seeing flames, sent goodbye messages to their families, and yet when the plane safely arrived back at Salt Lake City, they were put back on another plane. No, hey, you nearly died, we know you’re shaken up, let’s work through this, we’ve already postponed a lot of games this year.  Your mental health and safety is MOST important to us. We are WELL a little over a year ago an NBA legend died in an air incident.

Nope. Adam Silver was like, Ja Morant is waiting. Get on the fucking plane. Your second plane is boarding in 15 minutes.

And the Jazz did get to Memphis finally, but it definitely had an impact on them. Mike Conley said after the Memphis game:

“For a good 10-15 minutes, I think all of us on that flight were questioning whether we were going to be here today. That’s how serious it was for us. I can’t speak for everybody. But I know guys were trying to text family just in case. It was that kind of situation. All of a sudden, it felt like there was an explosion. That’s what it sounded like for most people on the plane. We hit something big. The plane immediately started to bounce and started tilting. People in the back of the plane said they saw flames.”

You know who was having none of that bullshit?

Spider did not get on that second plane, and I can’t say I blame him. He has a well documented fear of flying -- in fact, it was his number one fear when getting drafted was the amount of planes he would have to take on a regular basis during his NBA career. Hundreds of flights, thousands of miles, all with him having to take a window seat so he can clearly see everything that’s going. Which means, he got to see hundreds of birds strike his airplane, shut down an engine, and allegedly flames coming off the plane with no one knowing for like 15 minutes whether they were going to crash.

And it’s not like Spider hasn’t talked about his fear of flying before.

So yeah, I stand with Spider. No WAY I would get on that second plane. No chance.

I mean, imagine disembarking and this is what you see. You think you’re ready to lock down Dillon Brooks after that? No thank you.

I don’t know how long that would take me to get over. If my one fear in life was dying in a plane crash, and then I nearly died in a plane crash? I might actually declare, you know what? I’m a home team player. Maybe take a bus to L.A. if necessary for a play off game. Philly? Boston? Brooklyn? Not a chance.

Maybe it’s time for the Utah Jazz to bring back the Team Bus and just road trip across like a country music star.

None of Spider’s teammates seemed to be upset about his decision either. Jordan Clarkson said,

“I understand fully why Don didn’t come. All of us were out of there in limbo. It’s definitely something that you got to push through and get over it. That’s just a tough situation. I don’t think that’s happened many times on a plane ride. I talked to many of my friends that are in the league and they said that’s the biggest fear.”

Yikes. If my greatest fear almost came true, it would take a lot more than Ambien and Xanax to get me back on planes to the degree NBA players have to be on them. Remember Royce White? He actually flamed out of the league because he didn’t want to travel by air. I don’t mean to be fatalistic but it’s not a guarantee that he is going to get over that anytime soon.

If I were the Jazz organization, I’d share how statistically rare it is to experience two traumatic plane incidents in a lifetime. The odds are one in eleven million. Or just get ready to start an NBA Hard Knocks-style dramedy traveling to games in an RV.