It was in 2012 while Mila was in Boston filming "Ted" with Mark Wahlberg that I met her at a bar in the Back Bay. At first, I thought I might be too old for her, she was 29 and I was 55. A long time ago a friend of mine told me about the formula for the youngest girl a guy could date (your age divided by two plus 7), and if I was true to that formula I would've walked away, but she was so fucking gorgeous in that black dress and we were both very drunk... At the risk of being creepy, I approached her and we got into an incredible conversation and once I had her laughing I said to myself, "Fuck that formula!" and at that moment I decided to make my move... 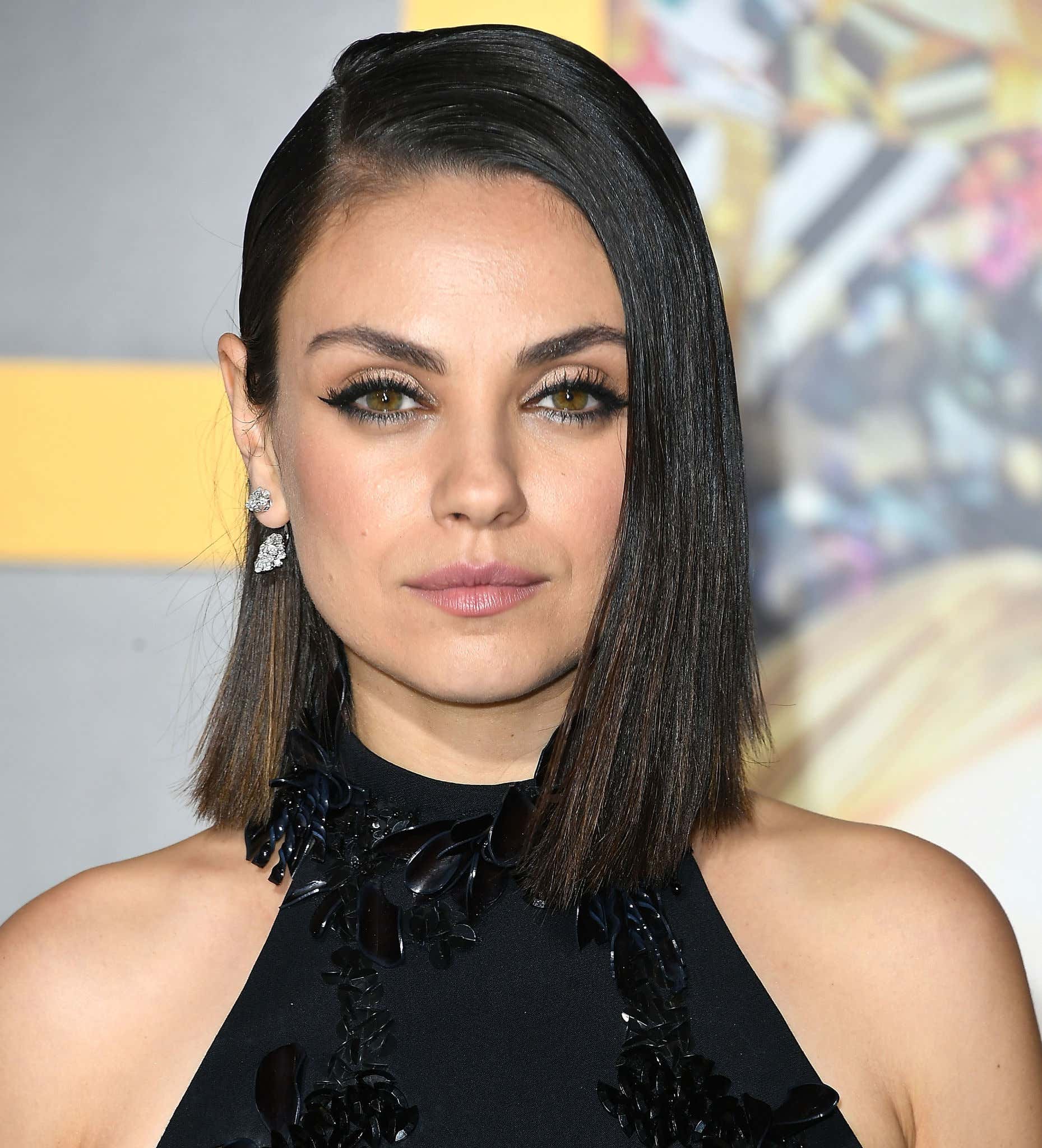 You're here, now read the blog!

On Sunday, March 30th, 1997 it was sunny with temperatures hitting the mid-60s. Our perennials were starting to pop, spring was in the air, and "Opening Day" was just days away. I was preparing to scratch rake the yard and start mowing the lawn. On Monday, temperatures dropped into the 40s and a light rain began. Then, by mid-morning, the rain began mixing with wet snow and by 7:00 pm, with temperatures dropping steadily, the snow became heavier, about one inch per hour until 11:00 pm. From 11:00 pm to 3:00 am on April 1st the snow fell at a rate of three inches per hour and it was accompanied by heavy winds and banging thunder and lightning. Very strange. During that four-hour period, the snow accumulation was about one foot. The snow continued through the morning hours and when all was said and done, Boston's Logan Airport reported 24.5" on their runways, and it was and still is, the 4th biggest snowstorm on record in Boston history. 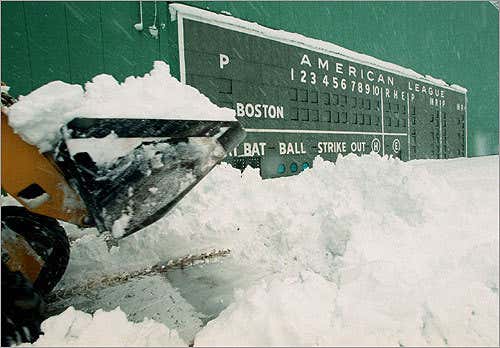 The Red Sox played their first eight games away and by the time they opened at Fenway, the snow was gone

Prior to that April Fool's Day blizzard, in '97 Boston had only 26.5 inches of snow accumulation the entire winter, not much by New England standards. Thirty-eight miles south of Boston, in Norton, we also got pelted with over two feet of snow.

Our 30-year-old septic system had already failed weeks earlier and we'd been doing our laundry at a Laundromat for the last month and flushing strategically. Our three boys were 3 1/2, 4 1/2, and 8 at the time, and were given strict orders, "Do not pee and flush!". There's nothing quick about replacing a septic system. There were engineering plans that had to be drawn up and approved by the Town Engineer and then we had to hire a licensed contractor to do the work. The new system was supposed to be installed middle of the week, but because of the blizzard, it had to be canceled. But that wasn't the worst of it… A large pine tree in the front yard succumbed to the heavy snow and winds, and fell across our driveway, taking out the wires attached to our house and downing the ones on the nearby telephone pole. Most of the houses on the street lost their power. The fallen tree just missed hitting our 1989 Mazda MPV (multipurpose vehicle) minivan by three inches…

Back then our power company was Mass Electric and we called for hours, then days. Our neighbors did the same but Mass Electric was so busy they didn't even respond to messages. I shoveled a portion of the driveway and part of the side yard so we could get our vehicles out. The minivan started hard and initially blew some white smoke when it did, but I was able to get it out of the yard and onto the street. My wife was on her way to her sister's house in Stoughton with the boys to warm up when the Mazda died at Five Corners in Easton, just 2 miles away. Fortunately, we got all our gas at a full-service station there and the mechanics helped and my wife was able to make it back home, barely.

Long story short, the tree hitting the minivan would've been a godsend. The Mazda's V6 engine suffered from a very costly cracked aluminum head… I picked up the replacement head in Norton at Mazda's distribution center just a few miles away off North Washington Street. It cost $650 plus $50 shipping. They charged me "Next Day Shipping" even though I was picking it up myself, claiming, because they moved me to the front of the conveyor belt the next day charge was applicable. I argued vehemently that there was absolutely no shipping involved, but I lost the argument and paid the $700. Did I mention this? "Fuck Mazda and the V6 engines they drive in on!"

By the fourth day without power I was pissed and my family was cold, so I waited outside, hoping to see a Mass Electric truck. Early afternoon I heard a truck coming down the street. It was Mass Electric but it wasn't slowing down. I jumped out in the middle of the road, at that point I was more than willing to take the hit… Fortunately, the truck stopped in time. I explained to the service guys that the outage on the street was caused by my tree and pleaded with them to repair the wires, which were laying on the ground, some still live… After they got out and took a look, they saw the danger in leaving live wires on the ground and agreed to fix the wires, which didn't take long.

Once the power was restored I borrowed my neighbor's chainsaw and cut up the section of the tree lying across our driveway. A few days later the snow began melting at a good clip and by the end of the week the sun was out, the ground was thawed, and the following week a new distribution box and a leach field were finally installed ($4,500) at our house. We had to keep reminding the kids to start flushing again after they peed…

My favorite line in any song about fools, "I'm a fool to do your dirty work"

For most people, April Fool's Day is a day full of gags, hoaxes, and practical jokes, but for us, it was no laughing matter. I always keep a few shovels outside during the winter months and I used to put them away the first day of Spring (March 20th), but after that freak April Fool's Day blizzard in '97, I refuse to put them away until April 5th…

As for me & Mila? If I can keep her laughing I think we could still hook up… Besides, what's Ashton Kutcher got that I don't have? Okay, his net worth is approximately $200 million, but when Milas'a toilet breaks on a Sunday night, what's he gonna do? Really…