Source - Lil Xan is bringing the beef to Supreme Patty ... throwing a drink and igniting a wild bar brawl.

The rapper was performing at Treehouse Rooftop Lounge in Fort Myers, FL when things got heated in the VIP section. Our sources say Xan and Internet prankster SP exchanged some heated words -- you can see Xan was up on a stage or platform while he and Patty jawed at each other.

But, when Xan threw his drink at Supreme Patty, around 1:30 AM Sunday, the talk stopped and Patty came charging right at Xan before getting pulled back.

I am being 100% serious when I say that was the most predictable video of all time. The second it started you knew exactly what was going to happen. Xan throws drink, Xan gets charged, Xan hides behind security. What did you think he was going to do throw a punch? Challenge Supreme Patty to a duel?!? Not a chance. He knew exactly how things would end which is why he started the fight in the first place. By the way, for those of you who don't know who "Supreme Patty" is, here's a photo... 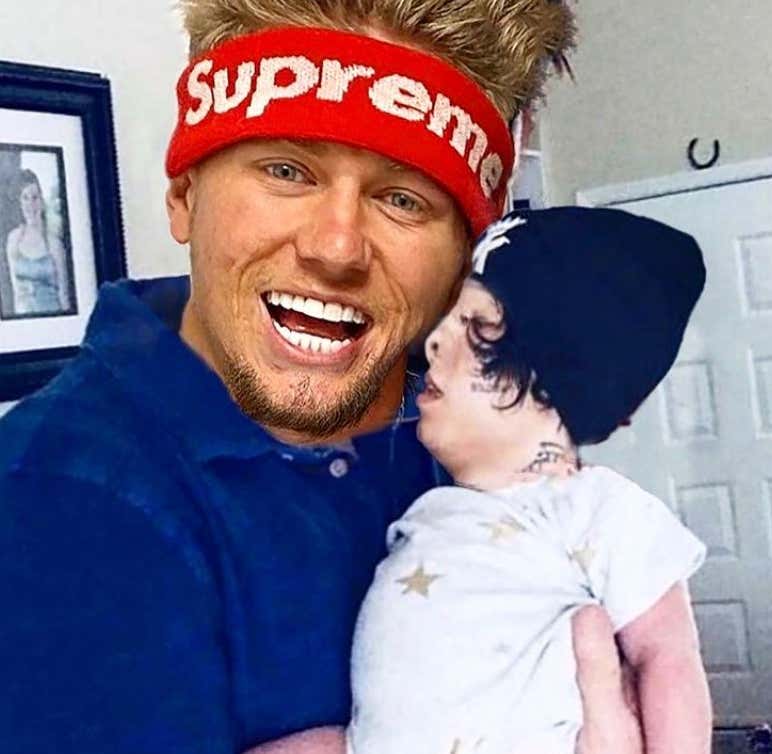 Apparently he's a chubby rapper with bad veneers. Regardless, I would've loved to see these two go at it. Mostly because it would've been sooooo bad. That and things would've ended in tears. There's no way one of them doesn't well up when it's all said and done. Oh well. Maybe we can get them to fight in Rough N Rowdy although I doubt it. They'll settle this in the streets like the gangsters they are. That said, hopefully next time they meet they'll be able to put their differences aside. The music industry needs them! Now Take it away, Xan…