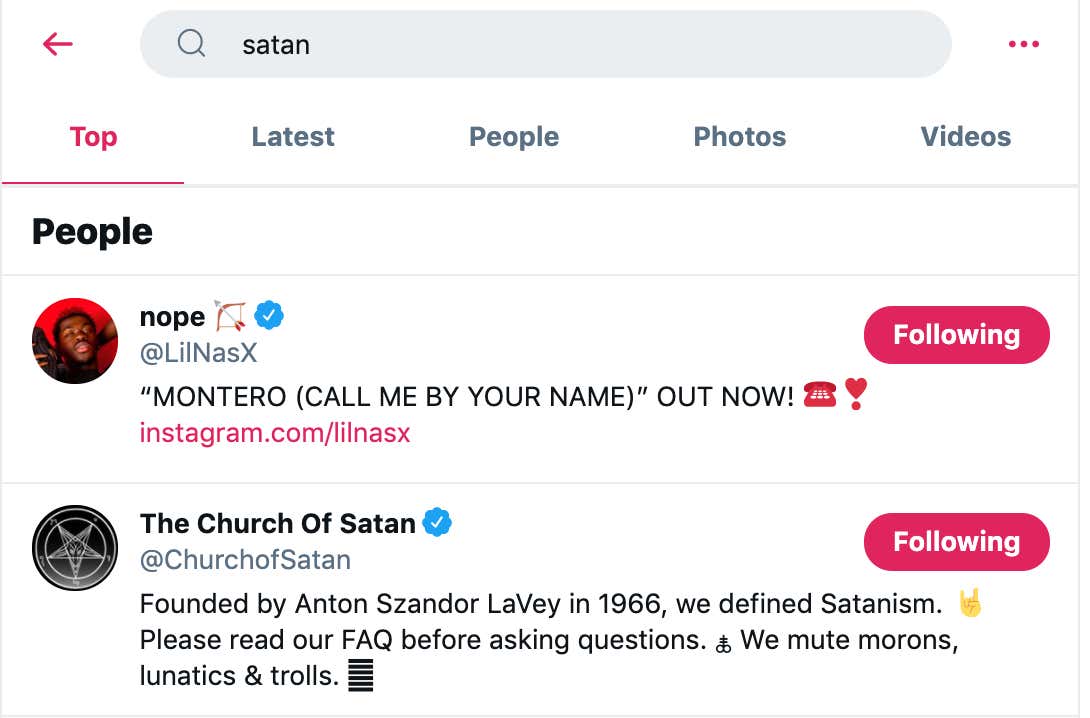 As we all know by now (and if you don't, Pat did a great job breaking it down) Lil Nas X came out with his latest music video this past weekend, the general message being something along the lines of, "I've been told I'm going to hell for being gay my whole life, okay, I'm just gonna make hell cool and I'm gonna have a TON of sex while I'm there." Iconic, we love it, go off king, get that nut boi.

Of course there is backlash. Of course all of the religious freaks are pissed. Why? Because they are SO AFRAID of the devil. SO AFRAID of Satan. They don't want his ass coming up to earth and twerking a little bit and making THEM feel gay. But, what does this mean for the rest of us?

We've GOT THEM BY THE BALLS!!! I'm not a religious bitch, but if Satan is going to be the new ironic "God" that we all "worship" by wearing a lot of red, leather stilettos, pentagram jewelry and feather wings? Getting tattoos and piercings?? Count me in. I've been waiting my whole life for this. Back in middle school I wanted to be a goth girl SO BAD. I was definitely troubled enough, but nobody wanted to hear me screaming about my Bleeding Mascara through all of the Abercrombie I was wearing. I didn't want to commit to goth/Satan life 100% of the time, I really just wanted to dabble for fashion purposes to reflect my ever- changing moods. Some days you want to feel like a bad bitch, others maybe you want to throw on a seersucker skirt and a polo top. I've worked endlessly to get away from the latter, and have landed somewhere around "funky college art teacher who practices light witchcraft on the weekends." Now it's time I take my final form, as a Satan Worshipping Basic Bitch. Here are a few things we will all need, if anyone else is looking to make this transition, from none other that Satan's Favorite Store, Spencer's Gifts: 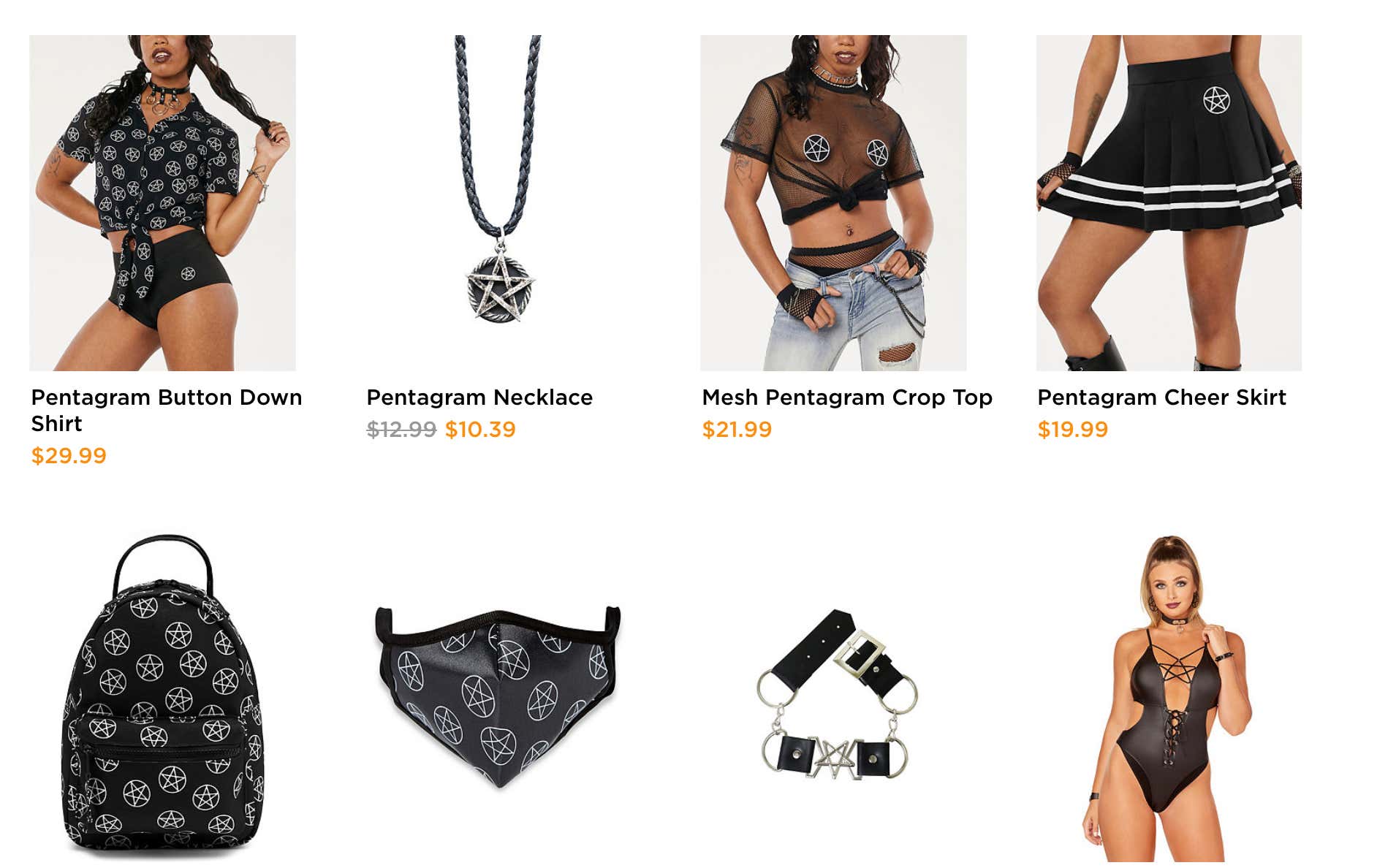 Definitely need this stuff. What exactly does a pentagram stand for? Technically it's the symbol of faith for Wiccans (real people who practice witchcraft, no disrespect to them, they're legit) but in this new mainstream satanic life, it's just a cool symbol you have to have all over your clothes and body. Just like wearing the wearing the Gucci G's or the Chanel C's.

2. Something That Clearly States You Love Satan 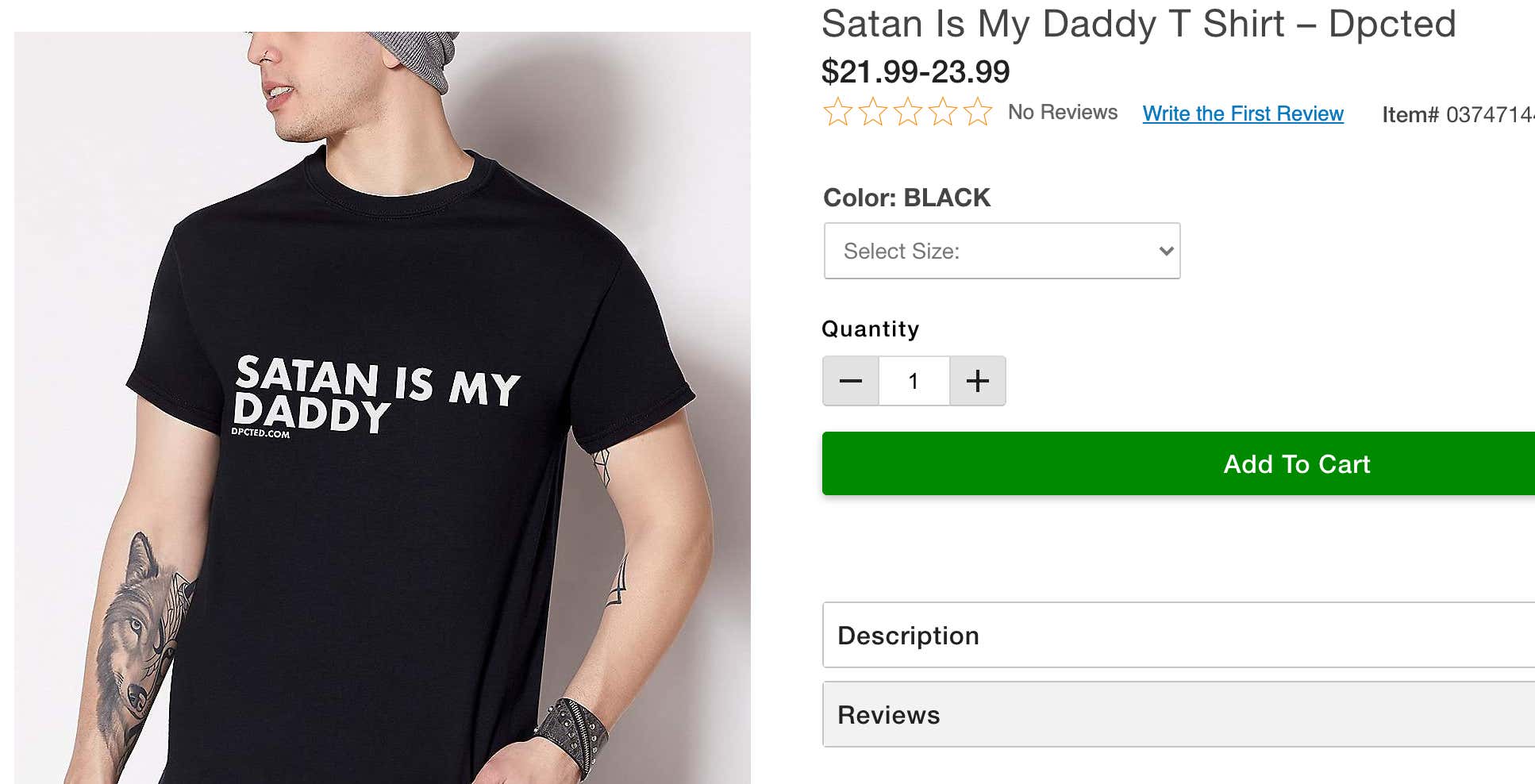 Pentagrams can be a little confusing, they are also called "pentacles" and are used heavily in Tarot card readings when denoting possible future wealth and success, so you're going to need something else to wear that's very direct. "Satan Is My Daddy" puts those pesky "Child Of God" rumors to rest once and for all. We wouldn't be caught dead in Heaven! Grossssssss

3. As Much Gay Pride Merch As Possible (extra points if they heavily imply sex) 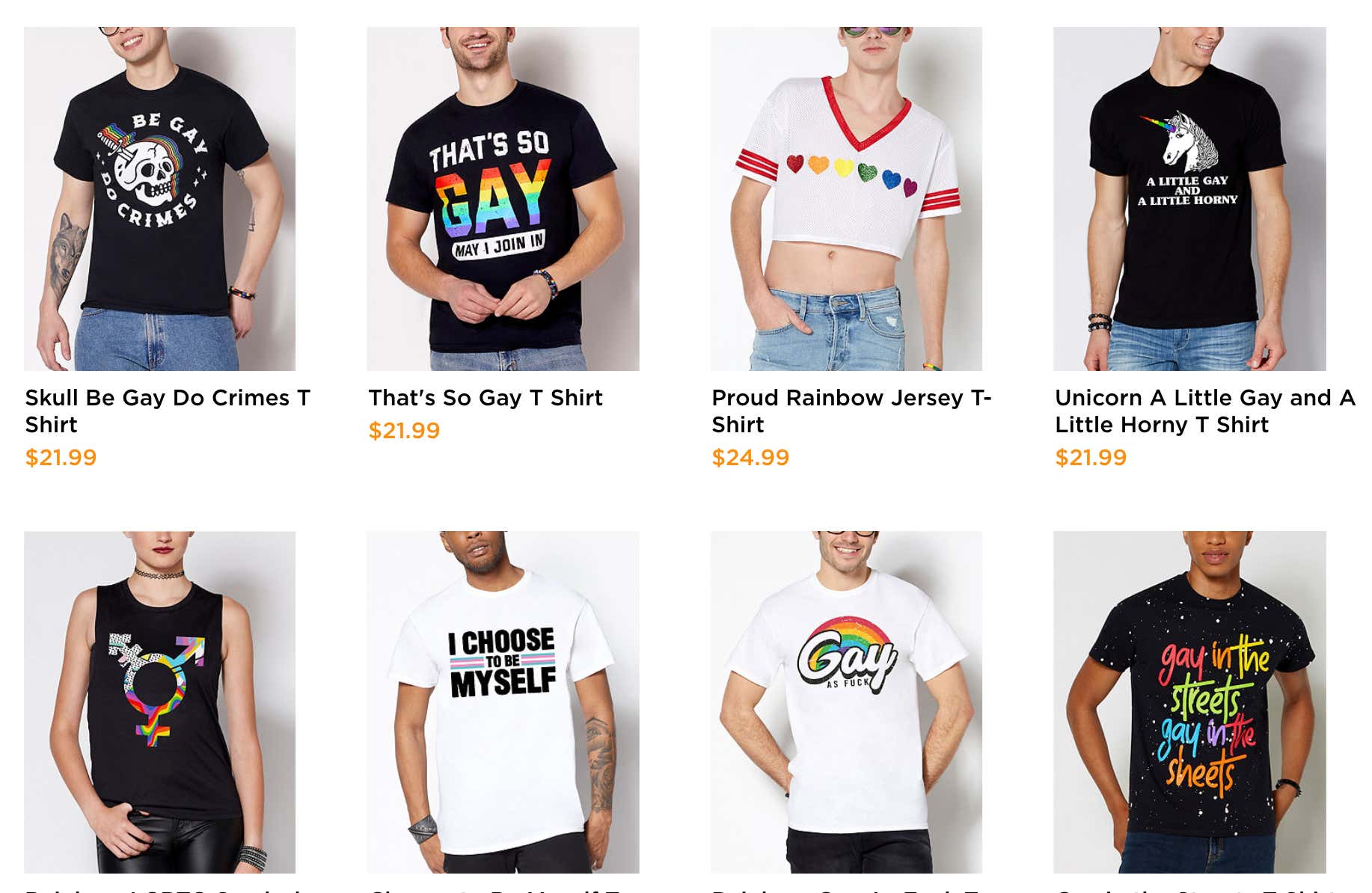 The scuttle-but on earth is that the gays have always rolled with the devil, and thanks to Lil Nas X, not only is the gay community free to be who they are in sexuality, but also in faith. Satan ACTUALLY loves all of his children equally. If we're being honest, he probably loves you more if you're gay. 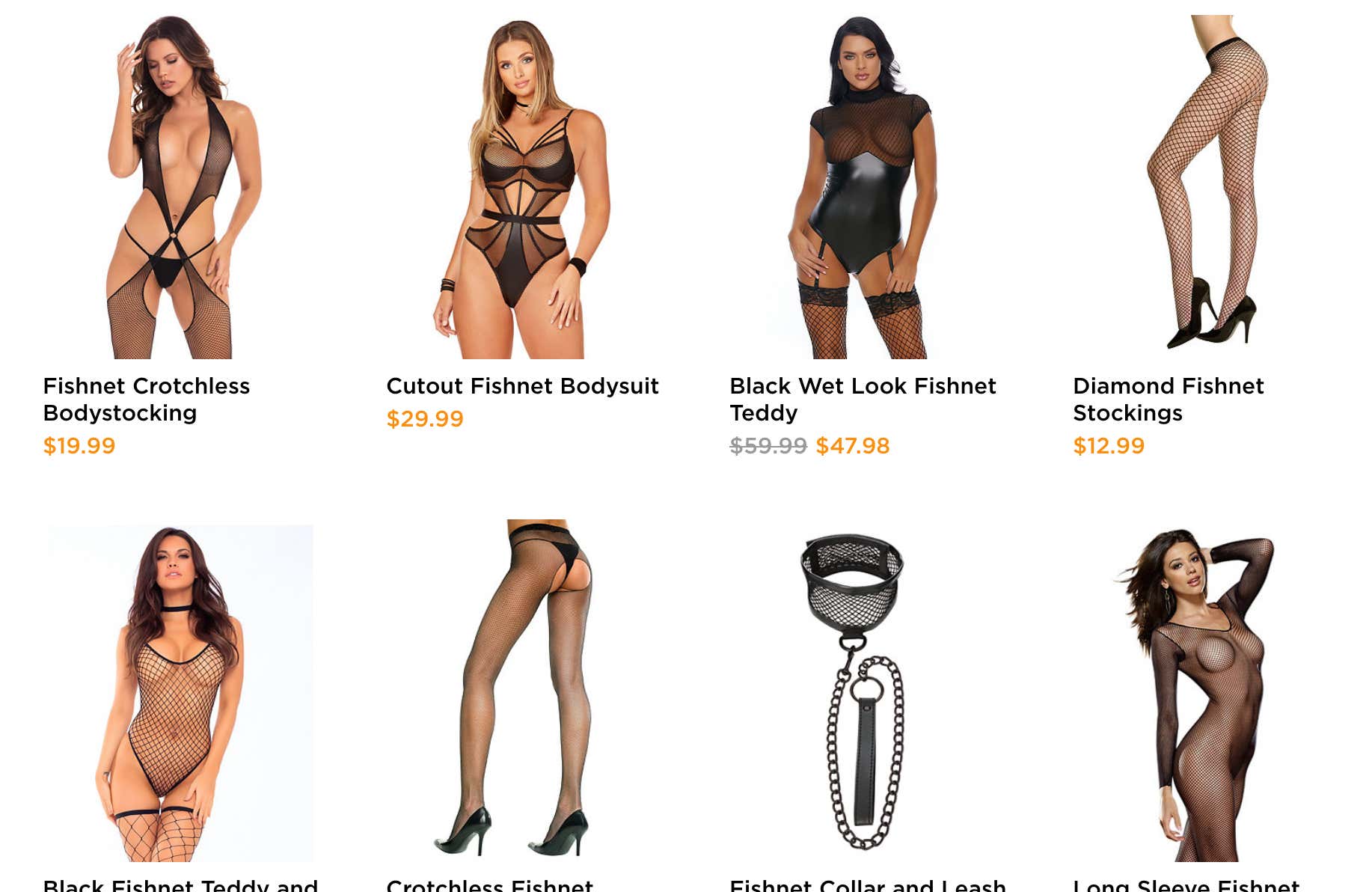 If it's fishnet, it's automatically sexual. Sex is bad, so, only satanists have sex obviously. That's where we tie in here. Every goth/punk girl I've ever seen has always worn fishnets. They've always been a little unapproachable and "aggressive." NOT ANYMORE! I'm wearing them to Easter brunch.

5. Small, Random Tattoos That Don't Really Have Any Meaning Behind Them 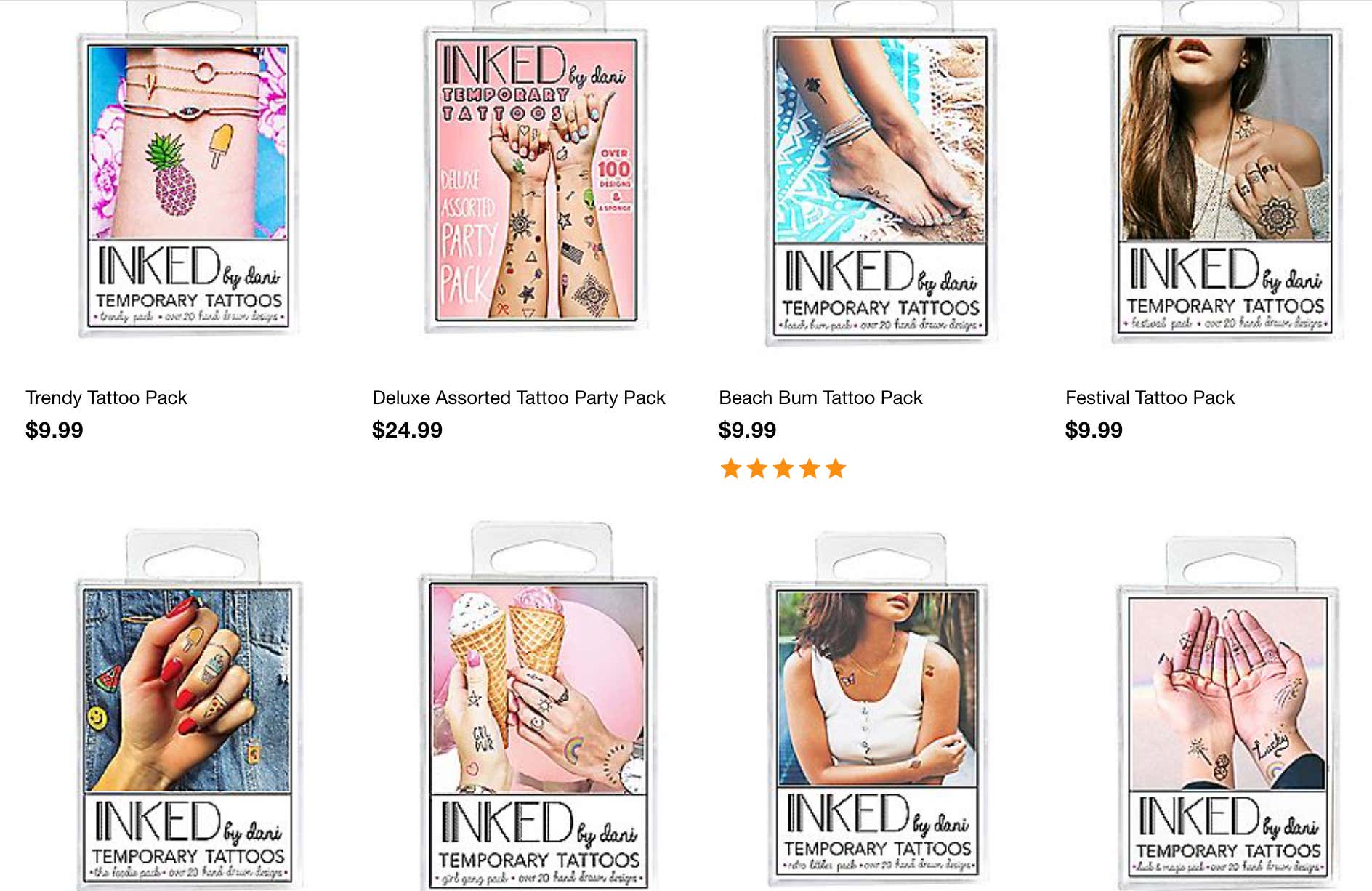 Maybe you don't want to commit to this right away, so thankfully Spencer's has us covered with the temporary kind. But, were you thinking about getting those tiny finger tattoos like Rihanna? Maybe some small writing on your arms like Hailey Bieber? We'll also accept the infamous "We will all laugh at gilded butterflies" that Megan Fox made extremely popular in the late 2000s. As long as you get a bunch of random tats. Anything that you wanted, specifically on your hands, that your parents told you "you'll never get a real job if you get that!" Who cares. You worship Satan now.

Let's all get started, and we'll circle back in a few weeks to check progress. Good luck, and Lucifer bless.