I always admired my father's tattoo. It was a small heart with an arrow going through it with my mother's name across it. He got it while he was in the Navy. I always said when I was old enough I'd get a tattoo like he did. Tattoo parlors were illegal in Massachusetts when I was growing up so I knew I'd have to head south down Route 95 and get one in Rhode Island.

My life got pretty busy in my 20s and I never had the time or the money to get a tattoo. For my 30th birthday, I decided I'd finally do it but I had no idea where to go. I asked a few friends who had tattoos and they said "Buddy's Tattoo Shop" was the best in Rhode Island. 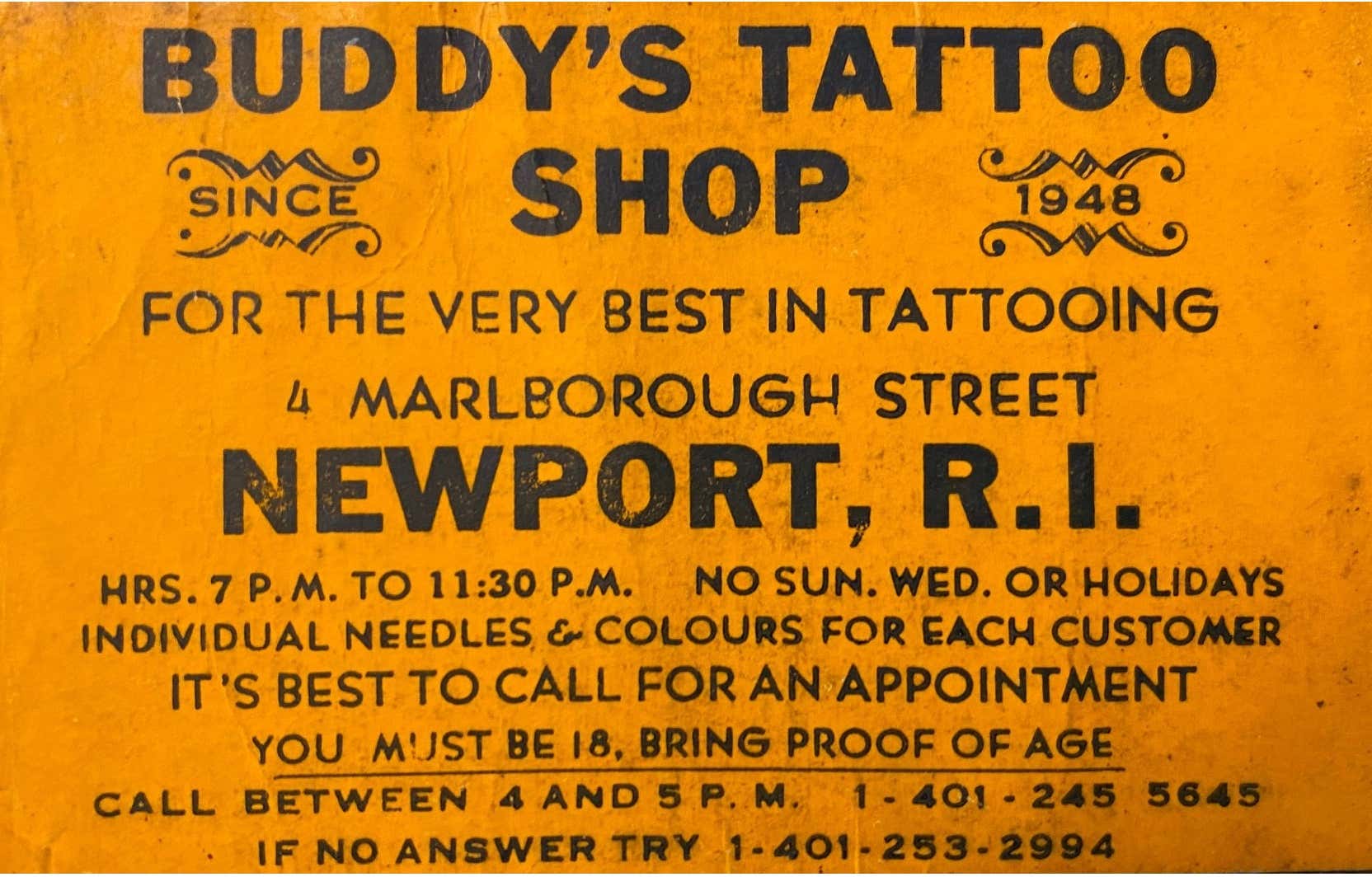 The original card Buddy handed me when I left his shop in 1986. (I still have it!)

Buddy Mott was one of the first tattoo artists to boast "Individual Needles & Colours For Each Customer". I got my tattoo during the mid-'80s and the AIDS epidemic made getting a tattoo a little risky. I called Buddy and after he assured me it was all very safe, I set up an appointment. 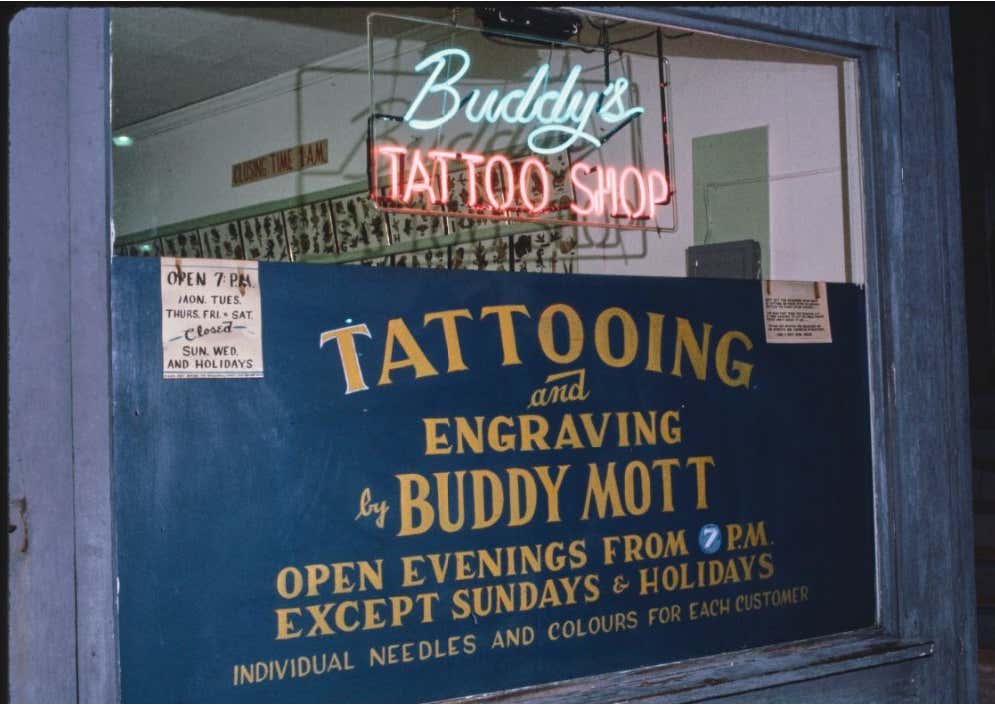 Photo Courtesy of The Library of Congress, Henry Horenstein Photographer

The shop was in Newport and I got directions from Buddy over the phone. There was no internet back then so I couldn't use a GPS or even MapQuest, so getting lost was a real possibility, especially since my sense of direction sucks. It doesn't take more than one of my favorite songs playing on the radio to distract me. No one misses more exits than me and I yell "Oh Fuck!" every time I do.

I was living in an apartment complex we called the "Easton Ghettos", but really it was a great place to live and we met a lot of cool people there and had a lot of fun. My next-door neighbor wanted to go with me so the two of us jumped in my truck and headed to Newport.

We got there early and as I waited for Buddy to finish up with a client I watched him work, he was an artist. When I was finally seated next to the Master, he asked me what I had in mind. I told him I wanted a rose with my name across it. He grabbed my left arm and began drawing an outline while trying to persuade me to go in a different direction, "What you really want is a big dagger". He began drawing a big fucking dagger on my arm! He could feel me tense up and he continued by trying to console me, "If you're worried about color, don't be. I'll add some drops of blood coming off the bottom of the blade…" and then he started drawing droplets of blood. I wasn't sure how to handle this and still maintain my manhood. I interrupted, "I'm a residential plumber and my customers might get the wrong idea if I had a big dagger dripping blood on my arm…" 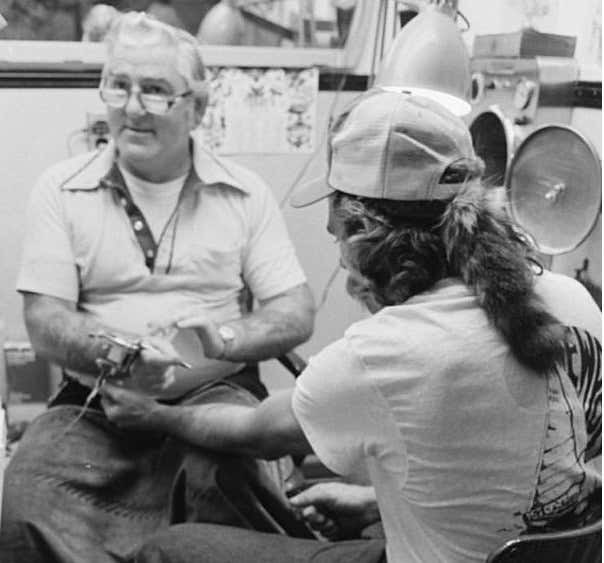 Photo Courtesy of The Library of Congress, Henry Horenstein Photographer

Buddy stopped and gave me a cold, hard stare over his glasses that clearly said he was in charge, not me, and then after a brief pause he said, "I was just kidding!". He wiped off his sketch and said "I'm gonna give you a nice, big, masculine rose Vinnie!". Then he laughed. He was just funnin' with me.

After Buddy had the outline complete he sent me to the next area where his daughter added all the color. She was quite a tattoo artist as well. 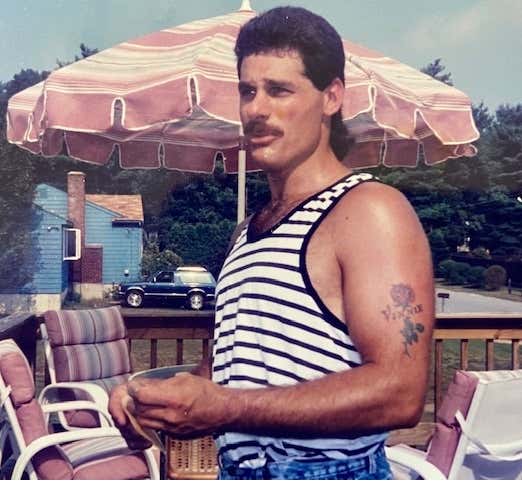 There's always someone who copies your tattoo & tries to one-up you. (Okay Bernice, you win!)

After a few days of covering the fresh tattoo with Neosporin and wrapping it with gauze, I went to straight Vaseline. I'm glad I didn't do anything radical and located the tattoo far enough above my elbow so longer short sleeves can hide it if I want.

My wife always wondered why I didn't have her name tattooed across it, but with divorce rates on the rise at the time, I didn't want to take any unnecessary chances. I figured I'd have the name of someone I knew would love me forever…

My wife and I have been married for 42 years. Who knew?