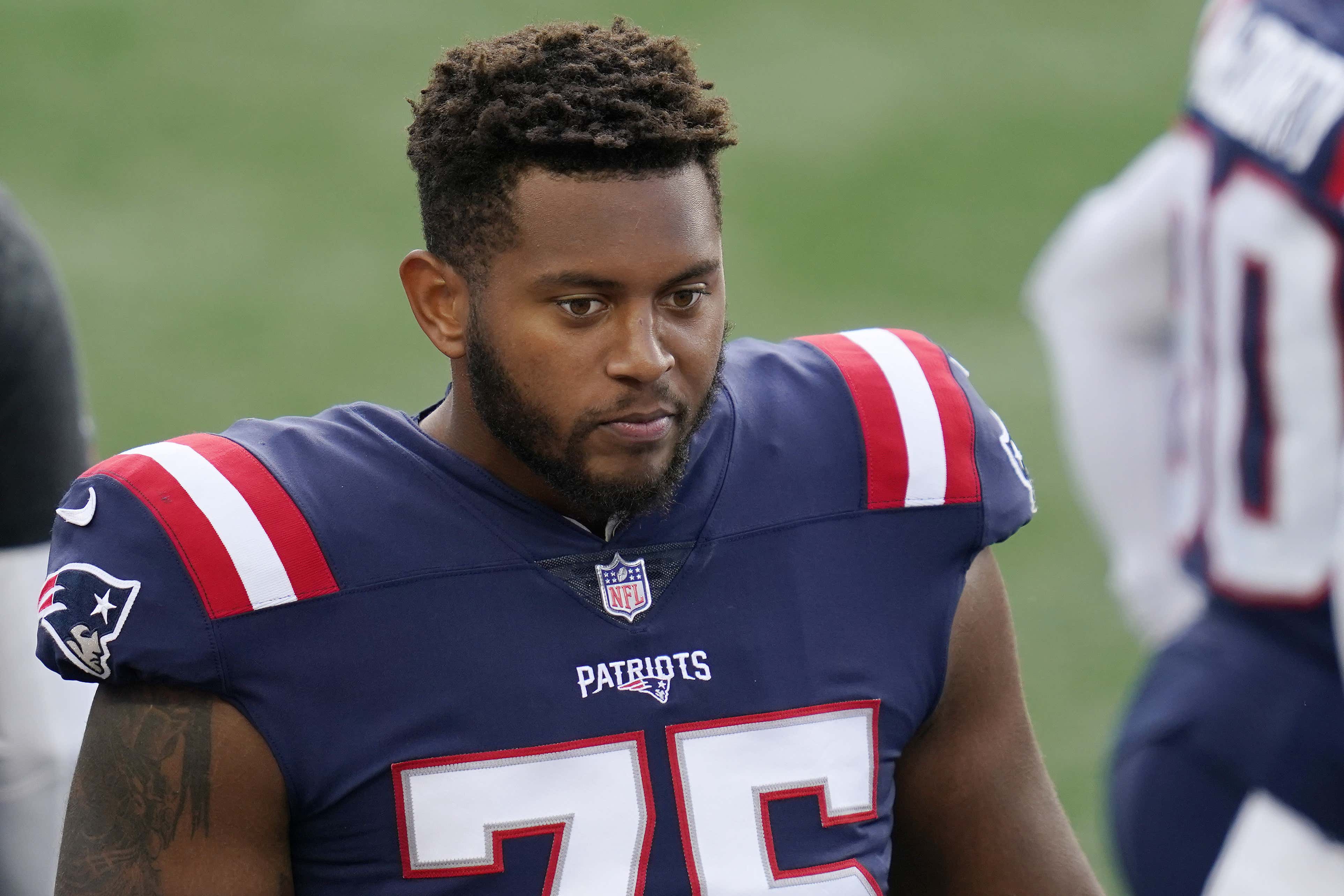 There are times that call for you to put away the snark. When it's not right to reach for the joke. When it's best to put away the childish stuff about "We're so good our backup tackles are heroes" shenanigans and just celebrate young athlete doing something to make the world a better place.

This is one of those moments. And Patriots second year offensive tackle Justin Herron is that athlete:

Source -  Tempe police held a press conference on Wednesday honoring two Good Samaritans who stepped in to stop a sexual assault at Kiwanis Park in Tempe on Saturday.

The suspect, who has been identified as 30-year-old Kevin Caballero, was seen pushing the 71-year-old victim to the ground and attempting to remove the woman's pants, police said.

Two men intervened in the attack and detained the suspect until police could arrive.

"If not for the swift actions of Mr. Justin Herron and Mr. Murry Rogers, this vicious attack could've been much worse," Tempe police Detective Natalie Barela said.

Justin Herron is an offensive tackle for the New England Patriots and is in Arizona for offseason training. Rogers is a Phoenix resident who happened to be in the park that day. Neither knew the victim prior to the incident.

Herron said he heard screaming that made him aware of what was going on and said he knew at the moment that he had to get over there.

"At that moment, I was in shock," Herron said. "It was 11 a.m., middle of the day, in a very open field and the fact that it happened there at that time was just very shocking. I wish I could tell you what I was thinking, but I could just tell someone needed help. All I could do was rush myself over there to make sure I could help the victim and I could comfort her and be the best person I can be."

As much as I think we can all appreciate the gesture by the Tempe Police Department, I think a couple of Outstanding Service Awards should only be the beginning. Murray Rogers and Justin Herron deserve the Nobel Peace Prize just for not tearing this psychotic sex predator apart limb by pervy limb. We don't know what this Kevin Caballero looks like, but Herron is 6-4, 308. At 25, he's in his physical prime. He played at Wake Forest before turning pro so he could fight with the likes of Frank Clark, JJ Watt and Joey Bosa for a living. I'm guessing a sick fuck who derives sadistic pleasure from attacking senior citizens isn't prepared for the world of hurt Herron and this other citizen could've inflicted on him. The fact they settled for subduing him and contacting the police shows a level of restraint that needs to be recognized.

That said, you know your organization is having a good few weeks when your players are out preventing sexual assaults and maybe even saving a life. Prayers to this elderly woman as she recovers from a trauma that has to be awful. And godspeed to Murray Rogers and Justin Herron. Now somebody throw this guy in a dungeon and snap the key off in the lock.