Bay Colony Children's House is an Early Education Preschool and childcare center offering the highest quality services. Their passion for teaching and loving each and every child in their care shows through the smiles and hugs received every morning. 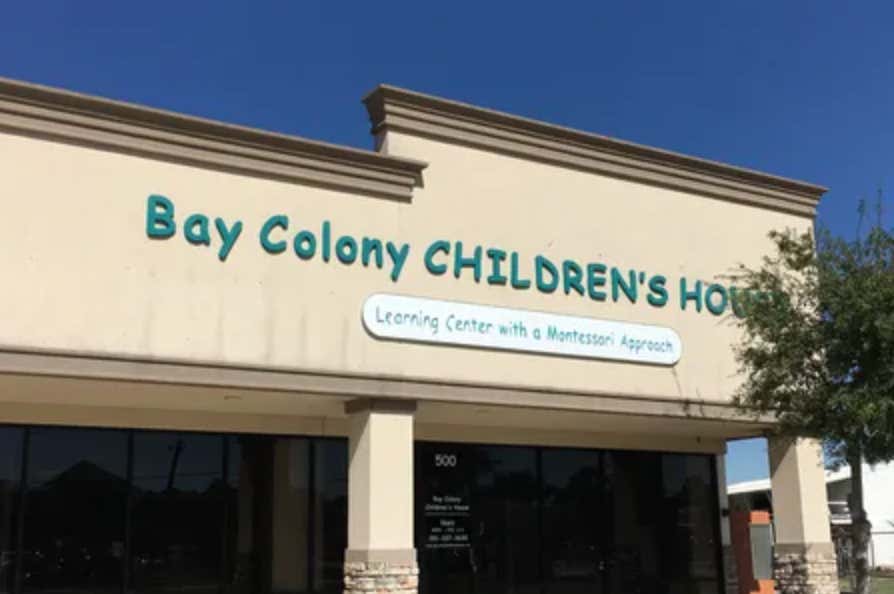 My mom Araceli has been in the childcare industry ever since she immigrated to the US from Mexico 30 years ago. She specializes in the Montessori method of education- a unique approach to teaching that emphasizes and encourages child independence and individual initiative by designing somewhat unconventional "prepared environment" classrooms in which there are no desks; the children are free to explore the classroom and engage with various learning materials completely of their own volition, with the intention of fostering a deep-seated and lifelong eagerness to learn. Araceli used this teaching method with me as a child while she was an employee at a private Montessori school (which led to me being able to completely skip a grade once I was old enough to enter the public school system), and not a day goes by where I don't think about how lucky I was to have been educated so well during some of my most formative years.

In 2009, hoping to expand after 7 years of running a word-of-mouth neighborhood daycare out of our own house, Araceli opened Bay Colony Children's House: her very own Montessori style learning center with room for up to 100 kids and infants. Admittedly it’s been rocky from the start; she's perpetually hovering precariously in the black and to this day has not yet reached full enrollment capacity or made a substantial yearly profit, but overall she was doing okay- until hurricane Harvey hit Houston back in 2017. That's really when things started going downhill for her and her business. Araceli was forced to pay almost $15,000 out of pocket for damages to her center sustained during the storm, and that hit combined with the money she lost by having to shut down for repairs and losing a decent chunk of her clientele over the following months almost put her under completely.

Being the absolute badass that she is though, my mom fought tooth and nail to bounce back and stay open, and thankfully the business is still standing today. I’m not exaggerating when I say she still goes to work literally every single day; putting in easily over 70 hours each week to manage her staff, direct the curriculum, and even perform general maintenance and basic repairs all by herself on the weekends to save money. Seriously, she’s the most resilient, hard-working woman on the planet.

Unfortunately though life is just not fair sometimes [read: all the time] and right as Araceli was reapproaching her pre-Harvey attendance and earnings, the pandemic came along. And although thankfully her business was deemed essential and allowed to stay open, by May 2020 her enrollment numbers had plummeted from 81 kids to just 15, and the business began hemorrhaging money as parents were pulling their children out of daycares all over the country. The center was still providing childcare for front-line and essential workers however, so even as her enrollment fell along with her already miniscule profits, Araceli refused to lay off a single employee. This was partly out of pure compassion, but also partly due to a government mandate that forced her to maintain a specific child-to-teacher ratio- meaning she was spending the same amount of money on her payroll while bringing in significantly less income due to the sudden drop in attendance. She did qualify for the PPP and received some much needed financial help from that, but the sad reality is that she simply cannot afford to repay such a giant loan and keep her business open with the current losses she's sustaining.

As I mentioned before, the Montessori-style education my mom and her staff are providing to the children in our area is incredibly unique and extremely effective, and over the last 11 years she’s received immeasurable gratitude and praise from parents of both current and former students, all essentially thanking her for helping their children develop a strong sense of independence and an intrinsic love of learning that I can confidently say from personal experience will last far beyond the confines of any prepared environment.

I’ll say it again: Araceli Rangel is the most badass, hard-working woman on the planet- so I know she’s doing absolutely everything she can to stay afloat. She even sold her house and rented a tiny 900 square foot apartment to save money, but even with a move as drastic as that it’s really not looking good for the future of her center. If she can't get any more help from the government, and continues to lose money at this current pace, it’ll be game over for the business within the year. She’s not a part of any big childcare franchise, she has no business partners and no other financial support, so considering the fact that this daycare is all she has, that it’s essentially the culmination of her life’s work; losing it would probably mean game over for my mom as well. Which would absolutely kill me inside.

If she were to get that call from El Pres offering even the slightest amount of financial help, it would be, in a word, huge. I can only imagine how much it would mean to her; how much of a weight would be lifted from her chest, to know that at least for the time being she can continue to operate her business and enrich the lives of these kids without the looming fear of going completely broke.

p.s.
Regardless of wether or not you guys choose to help my mom out, I just wanted to mention that I think what Barstool is doing here is amazing and incredibly generous. Love you guys and I promise I'll still be a fan even if my mom doesn't get a call :-)