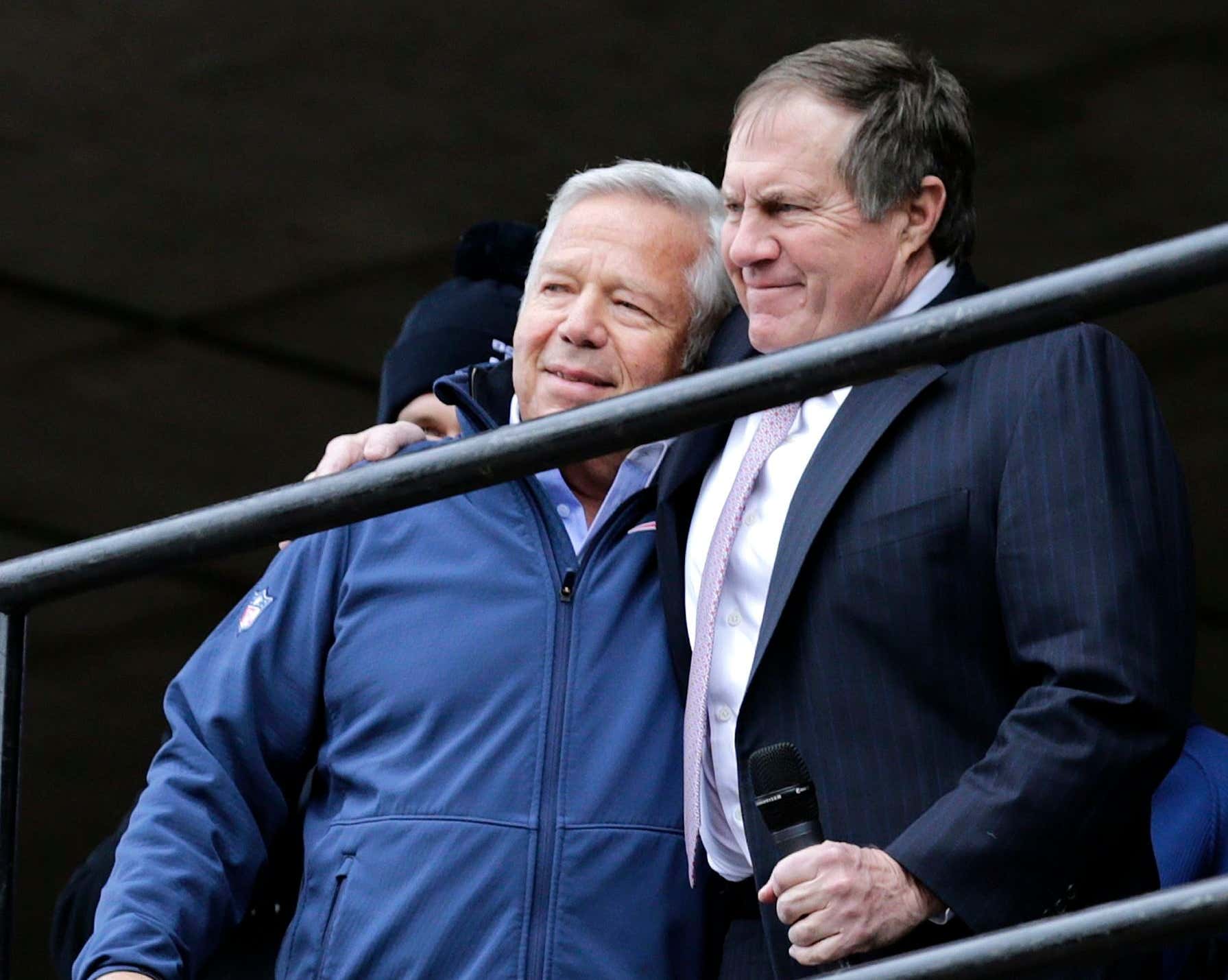 When you've been the bright, shining, giant sun at the center of your galaxy, you're not going to make a major change in the way you spin without it having a massive ripple effect. Everything around you is going to be thrown off its orbit due to the gravitational waves of what you've done. Such is the case with your New England Patriots over the last week and a half.

For two decades the rest of the NFL has revolved around them and the way they've done business. All the lesser celestial objects that circle them respond to everything move they make. Personnel people get hired out of their front office. Former Pats assistants are put in charge of pro teams and major college programs. And the teams that don't adopt New England's philosophy adapt their own in reaction to it.

So by the laws of physics, when Bill Belichick takes a colossally different approach in Free Agency 2021 than he has in the previous 20 years, it's going to be felt throughout the cosmos. But this is something much more.

… has done nothing less than caused a rip in the fabric of spacetime. It's created a Bizzarro World. An UpsideDown where those same laws of physics no longer apply and nothing makes sense any more.

People who've been harping on the Patriots throughout the Dynasty for being more interested in saving money than winning, are suddenly worried about Mr. Kraft's profit margin. Pundits who screamed every offseason for not being aggressive in free agency are talking as if they're spending money like Saudi oil sheiks on a trip to Paris. I caught the beginning of both Boston drive time talk shows yesterday. One was making a case the team is no better off and the other was questioning whether all these moves puts Belichick's job in jeopardy. Even Ben Volin, of all people, is scolding them for not showing enough fiscal restraint to please him:

Even some of the analytics nerds, who typically worship engraved images of Belichick in their treeforts, have tried to put their safety scissors into his back:

First of all, I reject this analysis and the cruel and unnecessary slap at Target, which is a perfectly fine place of business. How dare you? I will not sit here and listen to this slander. I take my leave of you, good sir!

And I'm barely getting started here. In response to the criticism from this Pro Football Focus drone, Patriots Hater Emeritus Shannon Sharpe is defending Belichick:

Sharpe making the most sense out of anybody? Strange days, indeed. Most peculiar, momma. Roll.

Of course, I've been at this long enough to understand how the game is played. When the Pats don't spend, criticize them. And when they do spend, criticize them. And when you get called out for the hypocrisy, attack the caller outers for being hypocrites themselves for defending the team when they don't spend and then defending them when they do. The tiny flaw in their argument though is that every, single thing about it is 100% wrong.

I've always justified their conservative approach to free agency by arguing that the NFL salary cap is a zero sum game. And I stand by that. When you said they needed to sign say, Jarvis Landry or Ezekiel Ansah three years ago, fine. But you had to decide who you'd be willing to let go in order to afford them. Dont'a Hightower? Julian Edelman? Devin McCourty? That situation was not the case in 2021. They were buyers because they had the cash and because it was a buyer's market.

Did they overspend for some guys? Maybe. You can make a case that Agholor and Bourne were signed for a premium compared to the rest of the wide receiver market. But those were the guys they targeted at an area of critical need. And since they'd reportedly tried to trade for Bourne twice before, they're players the personnel department is confident are good system fits. The same is true of both tight ends. They were the guys they wanted all along and they got them both. The difference being they were the No. 1 and 2 players at their position on the market, so score that a win. And for all the harping on Judon's deal, no one was ripping the Ravens last year when they franchised him at one of the league's most expensive positions. Because, to echo what Sharpe said, you have to overspend somewhat to land the top guys.

But worrying about how they spent is ignoring the math:

Even after all of this, they're still $20.7 million under the cap, with only three of the most minor deals (Brown has publicly said he took a pay cut in order to make the trade happen) still to be factored in. $20.7 million. Because they've managed this situation so well. They got their men with tens of millions of cap room to spare. So all these suddenly super responsible adults pleading for the spending to stop can quit pretending they're gravely concerned this will lead to ruin. They're not going to find RKK taking the bus to the stadium or Belichick on Rte. 1 holding a sign that says "Will Coach for Food." There's no more reason to burn calories worrying about the cap situation than there is to concern ourselves with the aforementioned OPEC tycoon paying retail at Nordstrom's.

Finally, let's address the frauds who are trying to argue these moves somehow didn't make the team better than they were two weeks ago. Especially the analytics guys. On second thought, let's not. Let's just let common sense and the analytics crowd's own analytics to make the case for me.

Your chart, not mine. You Geek Squadders over at Cris Collinsworth's little numbers factory might want to compare data before you go around making stupid arguments. And leave Target alone. #KissTheRings