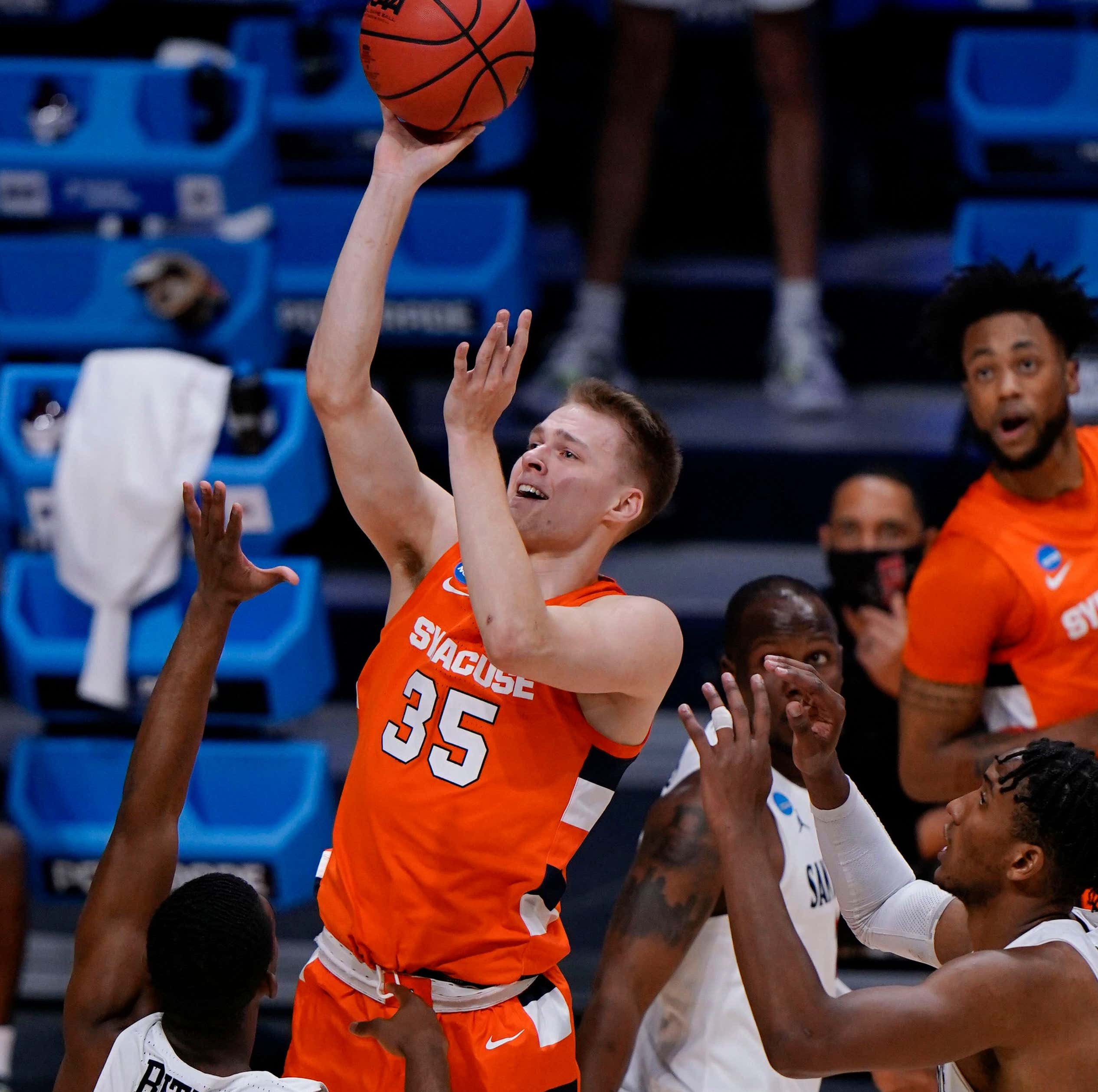 You could tell me Gerry McNamara suited up for Syracuse tonight and I'd buy it. That's how on fire Buddy Boeheim was on the court against San Diego State on Friday night. 30 points on 11-15 shooting. 7-10 from 3.  A lot of people didn't want Cuse in the tournament and all you people are idiots. Didn't think they deserved it. Well they just absolutely bundled 6 seed SDSU in the NCAA Tournament. Ran them outta the goddamn gym. Aztecs going back to their hotel not knowing what hit them. Shell shocked.

I said this before the tournament started, Buddy Boeheim has the potential to be the Jimmer of this tournament. When he's that locked in there's nothing you can do. To end the year he was unconscious and that only continued this evening.

I watched every game like you today. Buddy Boeheim was the best player on the court. Cuse up. Let's fucking go! This was one of the more dominant wins in the tourney in school history. What a performance. Shout out Glenny for grabbing the Orange in the Barstool Bracket Blockers contest. It's a shame myself and Tommy Smoke have Oral Roberts, Oregon State, and Wisconsin now. We call that a monopoly.

P.S. Imagine how good this team would have been if coach had the balls to play Jesse Edwards at center. He legit didn't allow points tonight. An absolute brick wall in the paint.