We went from going a year without a Marvel movie to going only one week with a Marvel series on Disney+.

'The Falcon and the Winter Soldier is finally here and I've decided to share some thoughts on the episode, and talk about a few Easter eggs, and moments worth discussing. Normally we would do a video breakdown, but due to some traveling, we will bring those back next week.

WAS THE FIRST EPISODE ANY GOOD?

Honestly, and this may shock people who believe I am a Marvel shill, I didn't really love the first episode of this series. There was a tone & pacing issue I felt, despite the fact what Marvel set up in the first episode was pretty intriguing to me. You can tell there will be a ton of 'Captain America: Winter Soldier' vibes with the show, which is great considering that was one of the better MCU movies.

The stories being told, much more personal in the Avengers movies or 'Civil War', for Sam & Bucky are great to see, but them being separated at the start didn't really deliver exactly what I was looking for from the show. Am I being too impatient? Maybe, as set up is to be expected to a certain extent, I just thought it didn't flow with the best execution.

I still enjoyed watching it (hey, I am a sucker for all things Marvel), and it seems as though my opinion is not the popular one right now. Most people seem to like it!

There weren't an insane amount of Easter eggs in the first episode, but we got enough references to discuss! 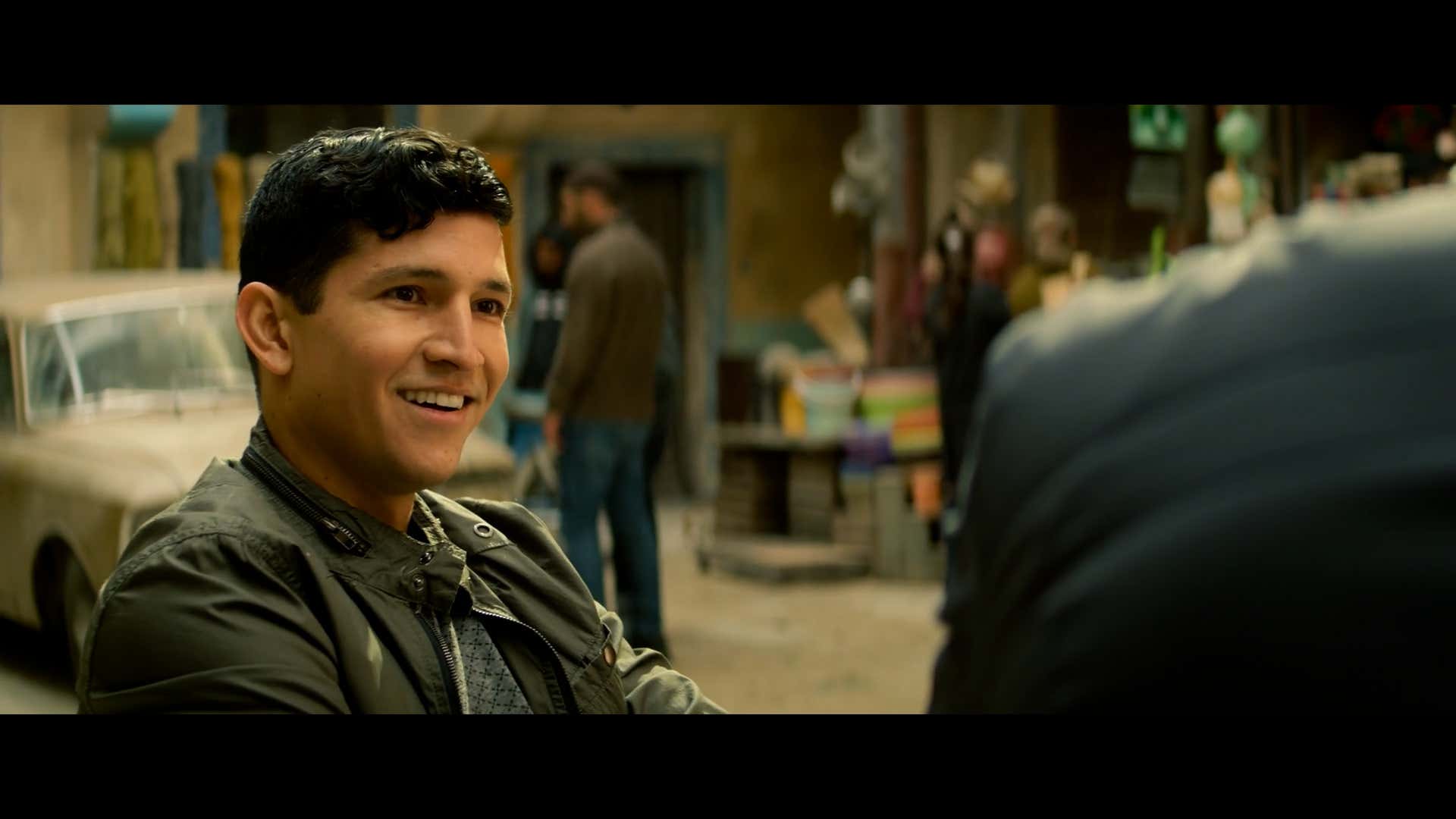 Less of an Easter egg and more of a character. Eventually, Torres should become the Falcon, much like in the comics. So you can expect to see this character around for a while in series, and longer in the Marvel Cinematic Universe. 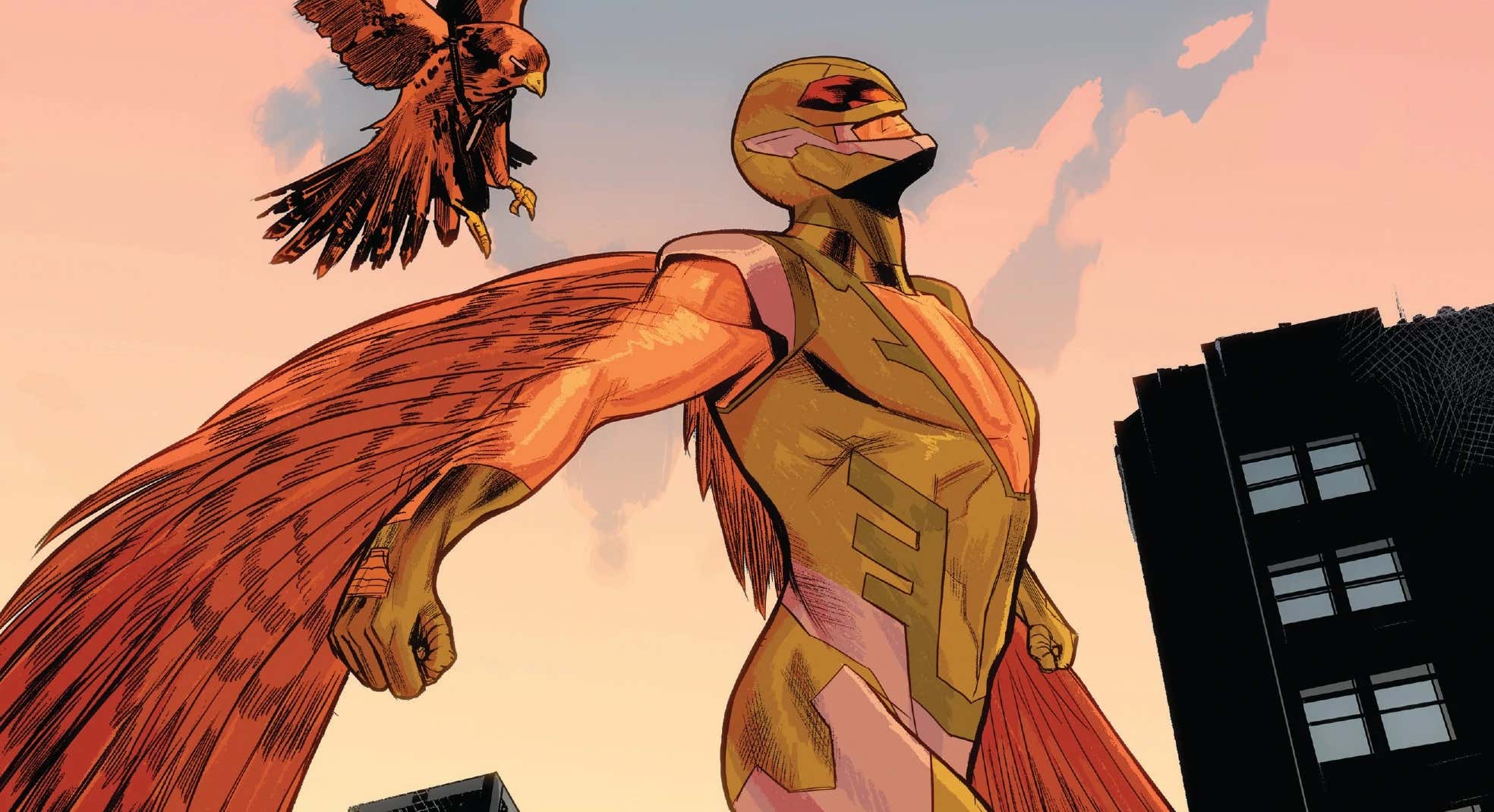 He's some form of mutant in the comics (I believe), so I am not sure exactly how he will develop in the show, but the introduction of new characters will only be growing with Marvel. 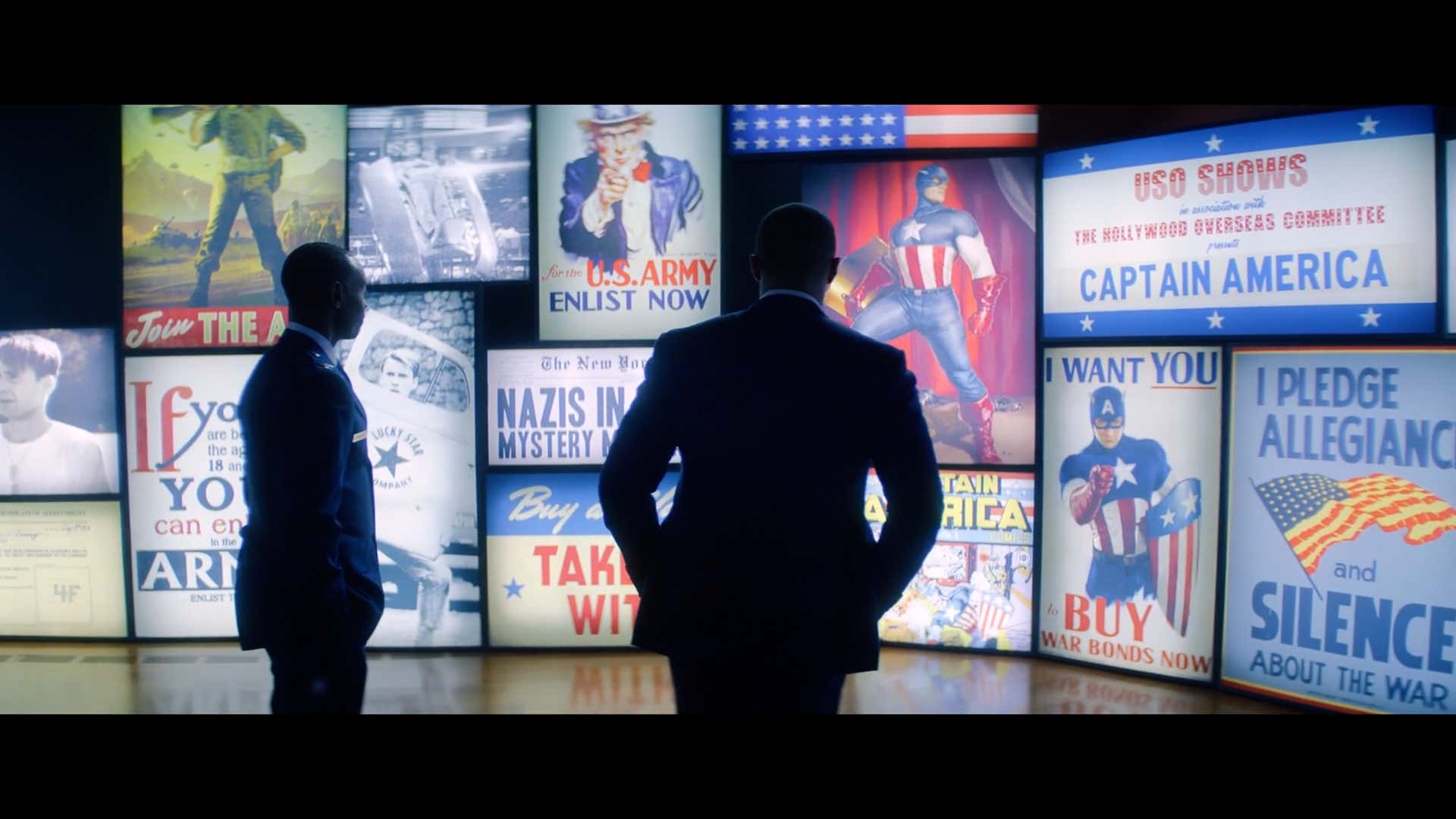 First off, it's cool seeing Rhodey with a surprise cameo in the first episode. He will be back for his own Disney+ Marvel series titled 'Armor Wars', so War Machine should return fairly soon.

This whole scene was pretty awesome, and probably my favorite part of the episode in terms of "cool shit." We saw a ceremony honoring Cap, as Sam gave back his shield following this scene…

…and then a wonderful discussion between the two characters about the idea of Captain America. There were other moments about the character, but it is pretty clear he is A) going to be hidden so they can do something surprising with him at some point and B) will be a major part of this show, even in the background. 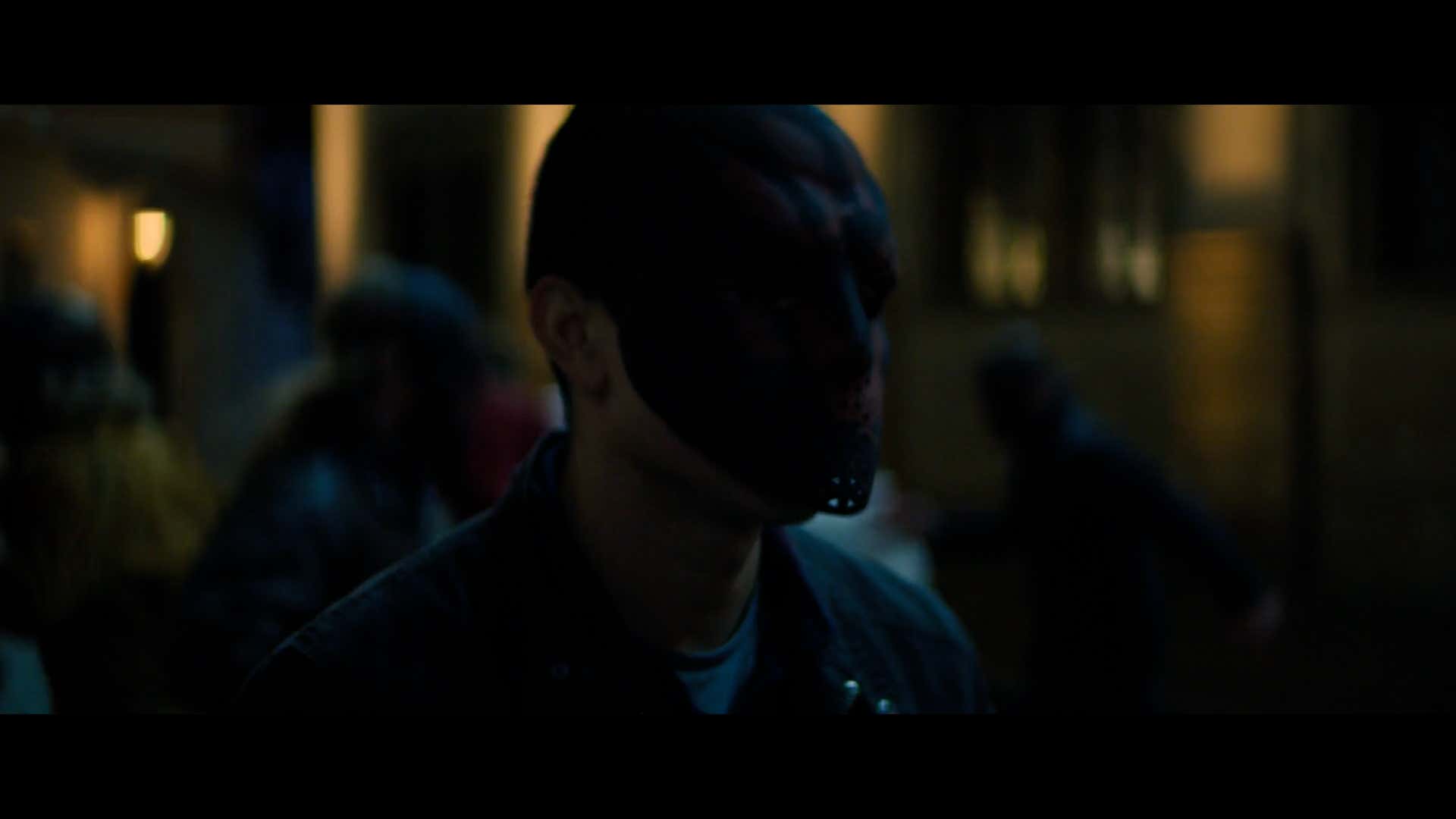 The Flag Smashers, along with Baron Zemo (played by Daniel Bruhl in 'Captain America: Civil War'), will be the villains of this show. Here is a quick description of the Flag Smashers:

While the Flag Smashers are a group of terrorists in the Disney Plus TV show, Flag Smasher is actually a solitary supervillain in Marvel comics.

Flag Smasher first appeared in Captain America #312 in December 1985. Created by writer Mark Gruenwald and artist Paul Neary, Flag Smasher was a terrorist who used anti-American rhetoric and actions to spread panic across the US. A gifted hand-to-hand combatant, Flag Smasher is also a master strategist and fluent in seven languages. Flag Smasher is also the founder and self-installed Supreme Commander of the terrorist group called Ultimatum, which may be the group that The Falcon and the Winter Soldier’s Flag Smashers are based on.

The Flag Smashers, much like their comic counterpart, are an anti-patriotic group who believe that Earth was a better place during the Blip. Sam Wilson’s army contact Joaquin Torres states as much during one of their interactions in episode 1, and he explains that the Flag Smashers want a world that’s unified without borders. (via Tech Radar) 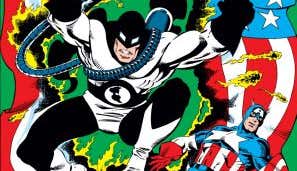 I love a good new mysterious villain, and this character/group has ties to other future Marvel characters, such as Moon Knight. We didn't get much in this first episode, but I look forward to what we have in store. 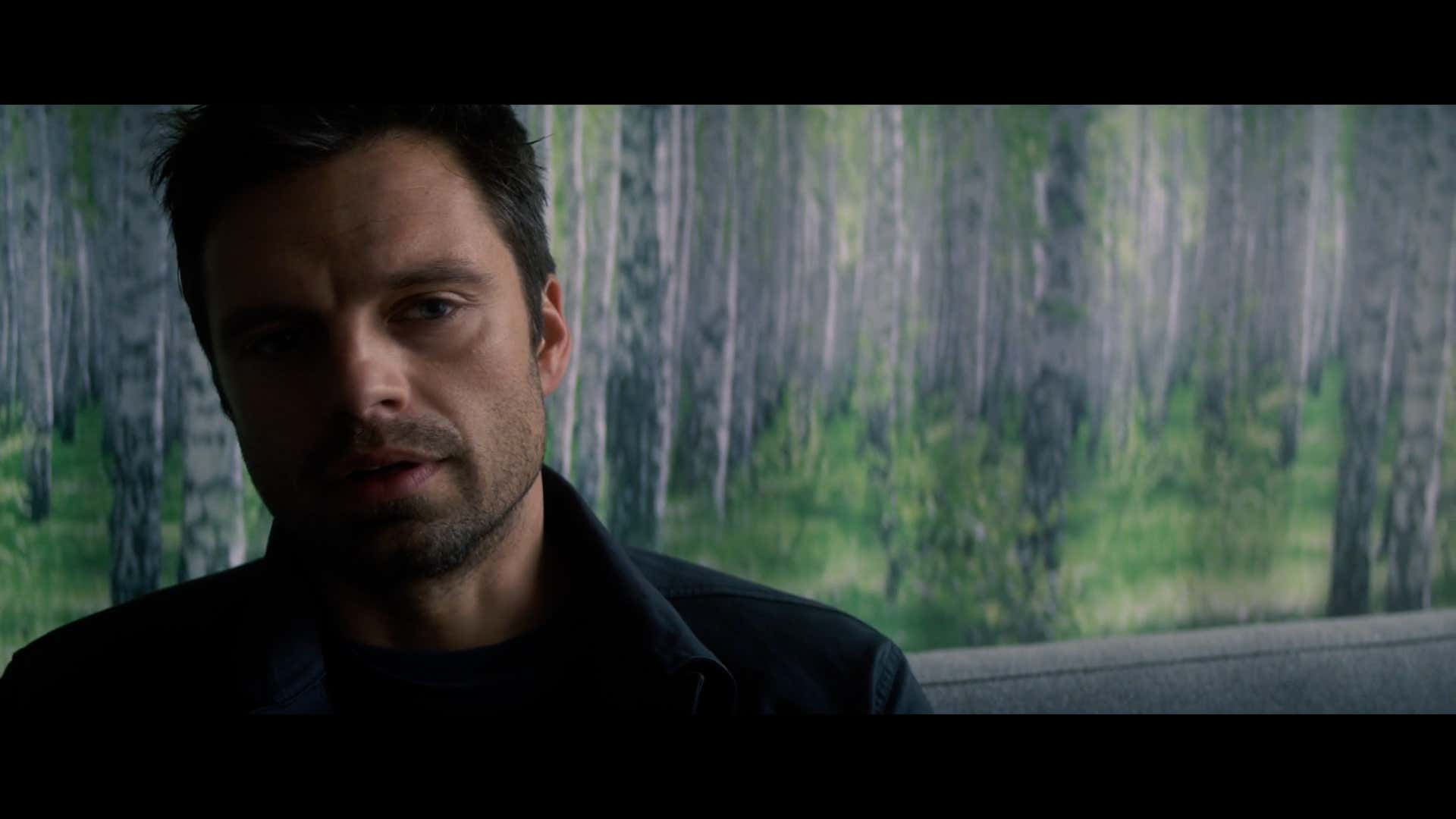 This was a cool not and inclusion in the episode, explaining that Bucky, despite his years of murder (which we saw in flashbacks), the government said "fuck it," since Bucky Barnes fixed everything in Wakanda and then helped save the Universe from Thanos.

How Bucky handles the demons (which we saw even more of that I won't elaborate on) of his past will be another fantastic part of this show. 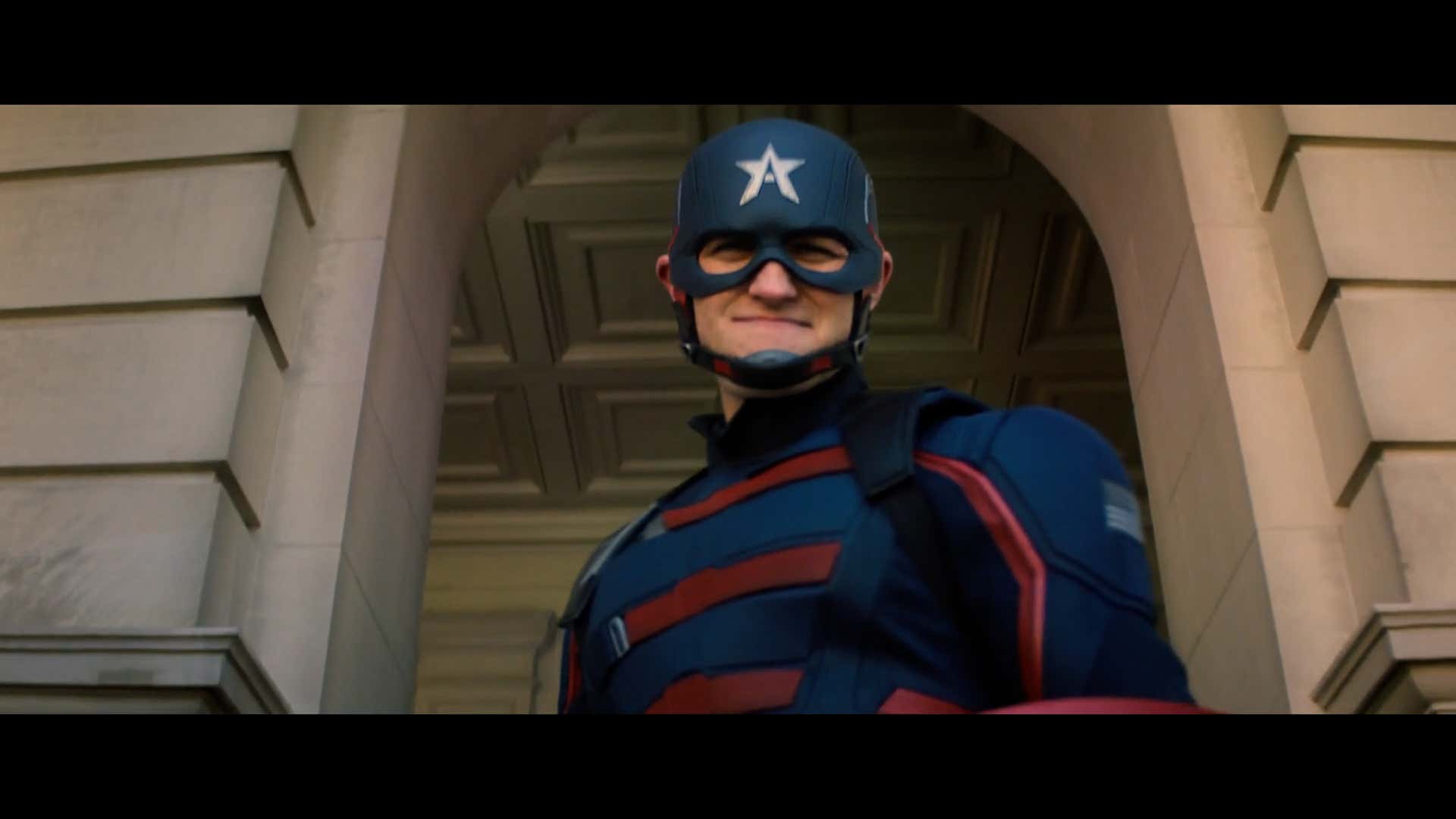 First off, the MCU is a family-affair, as Kurt Russell (Ego in 'Guardians of the Galaxy, Vol. 2) has his son join the Universe. Wyatt Russell, who you may recognize from a slew of projects, such as '22 Jump Street', is the "new" Captain America, as revealed in the final moments of the episode.

The U.S. Agent, known as John Walker, isn't exactly a hero. So, him receiving Sam's shield, via Captain America himself, can't be great news for our Marvel heroes:

This new Captain America isn't an original character for the MCU TV series. Far from it, in fact, as he has an extensive Marvel comic book history. The person in question is a man named John Walker, and he's gone by a couple of superhero pseudonyms in the past.

Walker first appeared in Marvel comics' Captain America #323 in November 1986. He started out as Super-Patriot, but adopted a new superhero mantle in June 1989. Since then, Walker has been known as US Agent, which is a title he still holds to this day.

Originally, Walker was created by writer Mark Gruenwald and artist Paul Neary as the antithesis of Captain America. As Super-Patriot, he was seen as a counter to the message and values that Cap upheld but, as the years went by, US Agent became more heroic and now doles out punishment to enemies of the US instead. (via Tech Radar)

I would love to see old-ass Captain America pop back up and grab his shield back, but you know Walker and Sam Wilson/Bucky Barnes will go toe-to-toe at least once during this series.

--
As I said, there were some cool moments, but overall, I wasn't totally impressed with the first episode.

But guess what? This is my desk… 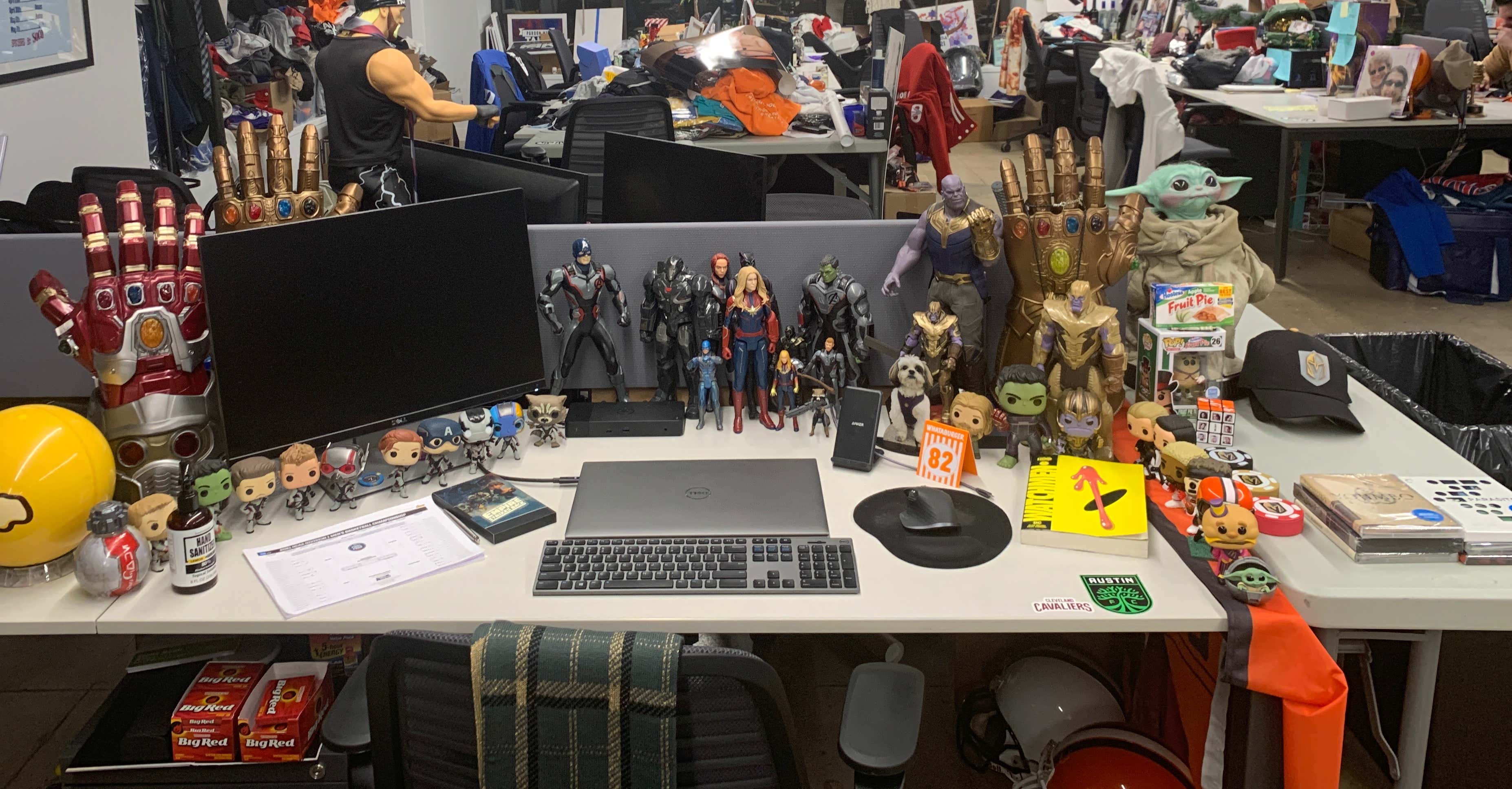 …I am a Marvel Cinematic Universe freak. Give me it all. I'll eat it up every fucking week.

See ya next Friday.