Folks, we made it. It's here. The NCAA Tournament is on our television all day today. We got the guys out in Chicago and if you're in Illinois, Michigan and Pennsylvania you better be downloading the Barstool Sportsbok. What I plan on doing on the blog each day is this preview. Everything you need to know. Schedule, storylines, picks, if you want something different let me know and I'll adjust. It's March. It's all about adjustments in order to survive and advance. Let's get into it. 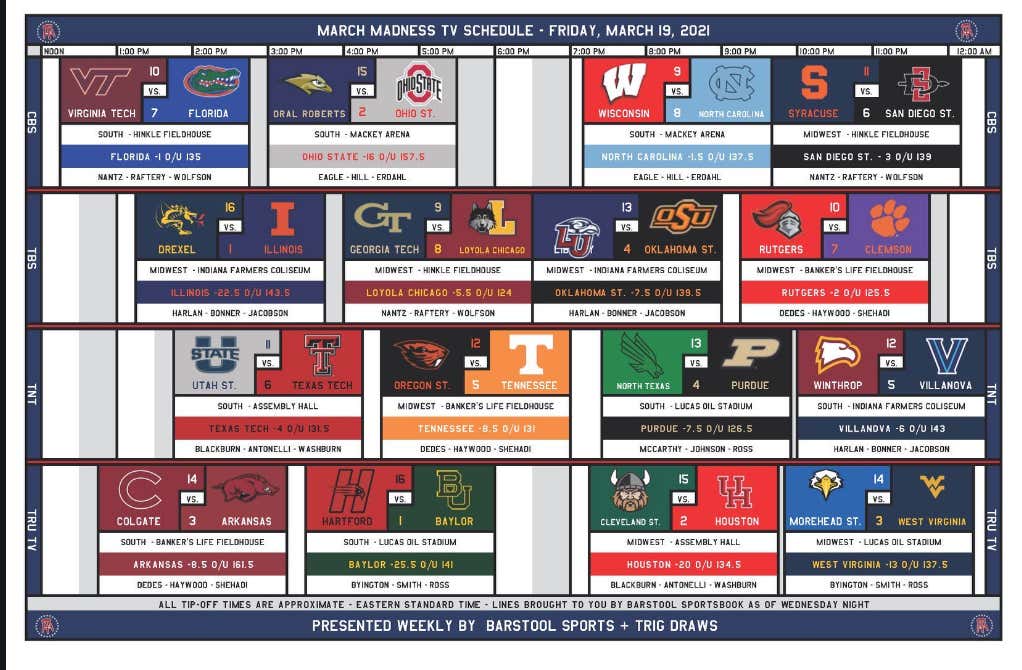 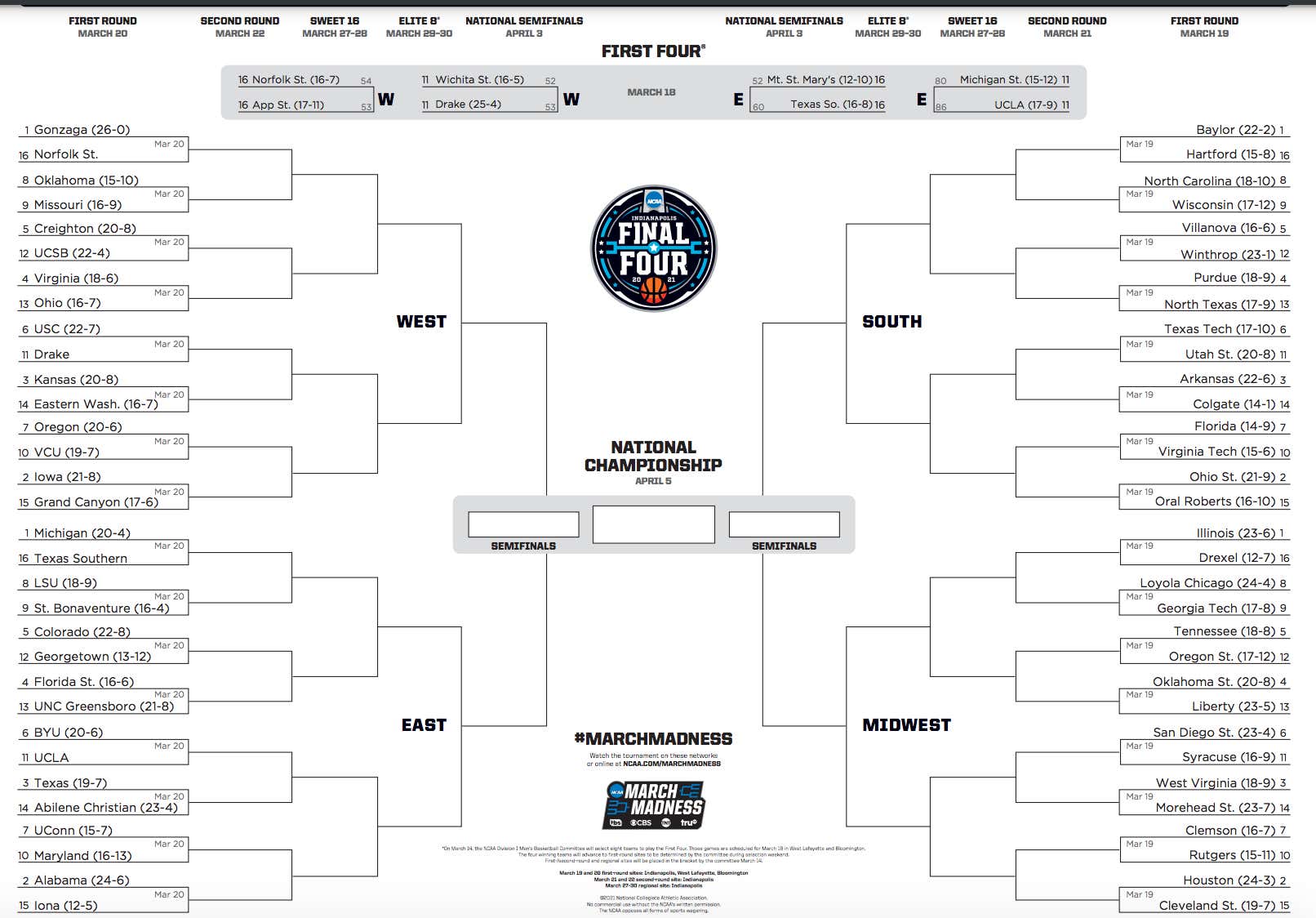 1. Can San Diego State avoid the 2-3 zone trap - To me this is the best game of the day and the one with the most intrigue. San Diego State is a damn good team, but has a weird resume. Some of their losses came without Matt Mitchell. They use Mitchell perfectly as that small ball 4 and is an excellent rebounder at 6'6". The real question is going to be can San Diego State hit shots. Syracuse's defense isn't good this year by any means, but that 2-3 zone still forces you to hit shots to start before it really opens up. We know Cuse will hit shots - Buddy Boeheim is going to piss so many people off.

2. What version of Texas Tech do we get - Texas Tech might be the most fascinating team in the NCAA Tournament for me. People think highly of them. Rightfully so when Chris Beard is there. They won some big games. Mac McClung can hit daggers. But they've also been inconsistent. One sort of look that gives them trouble are skilled bigs - Utah State has that. Utah State is also a real experienced team that can beat you on both sides of the ball. How do they handle the no-middle defense that Tech runs? If Tech lets Utah State hang around, we're in for a hell of a game.

3. How does  Georgia Tech look like without Moses Wright - And now one of the biggest stories in the first round, if not the biggest. Georgia Tech won't have ACC POY Moses Wright for the Loyola game. That's just such a huge loss and a brutal beat for Tech. Wright is an ideal matchup for Cam Krutwig and now they really don't have anyone to match up against him. I wonder if we see mostly nothing but zone from Pastner because of that. I loved the matchup for Tech when it came out and now without Wright I go the other way.

4. Cade Cunningham's first game in the NCAA Tournament - Cade has put on a show all year for Oklahoma State. They draw Liberty in the first round and the packline defense. The one thing Cade has been real good about this year is waiting to hunt shots. He tends to settle in the first half, getting others involved and then takes over the second half. He's averaging something like 14 points in the second half this season. We also are seeing Oklahoma State with a ton of talk behind them for really the first time this year.

5. What does Nova look like after injuries - We know that Nova won't have Collin Gillespie. We also know that Justin Moore wasn't 100% when he played 27 minutes against Georgetown. It still took 23-for-23 from the line for Georgetown to beat them by 1. Now they get Winthrop who has Chandler Vaudrin - a big guard and DJ Burns - a transfer form Tennessee and former top-100 recruit. If Moore still isn't 100% and they have to play Arch's brother at point, how does Nova look? Right now Bryan Antoine just isn't giving them anything offensively and neither is little Arch. Not exactly ideal against a Winthrop team who gets up and down the court and plays fast.