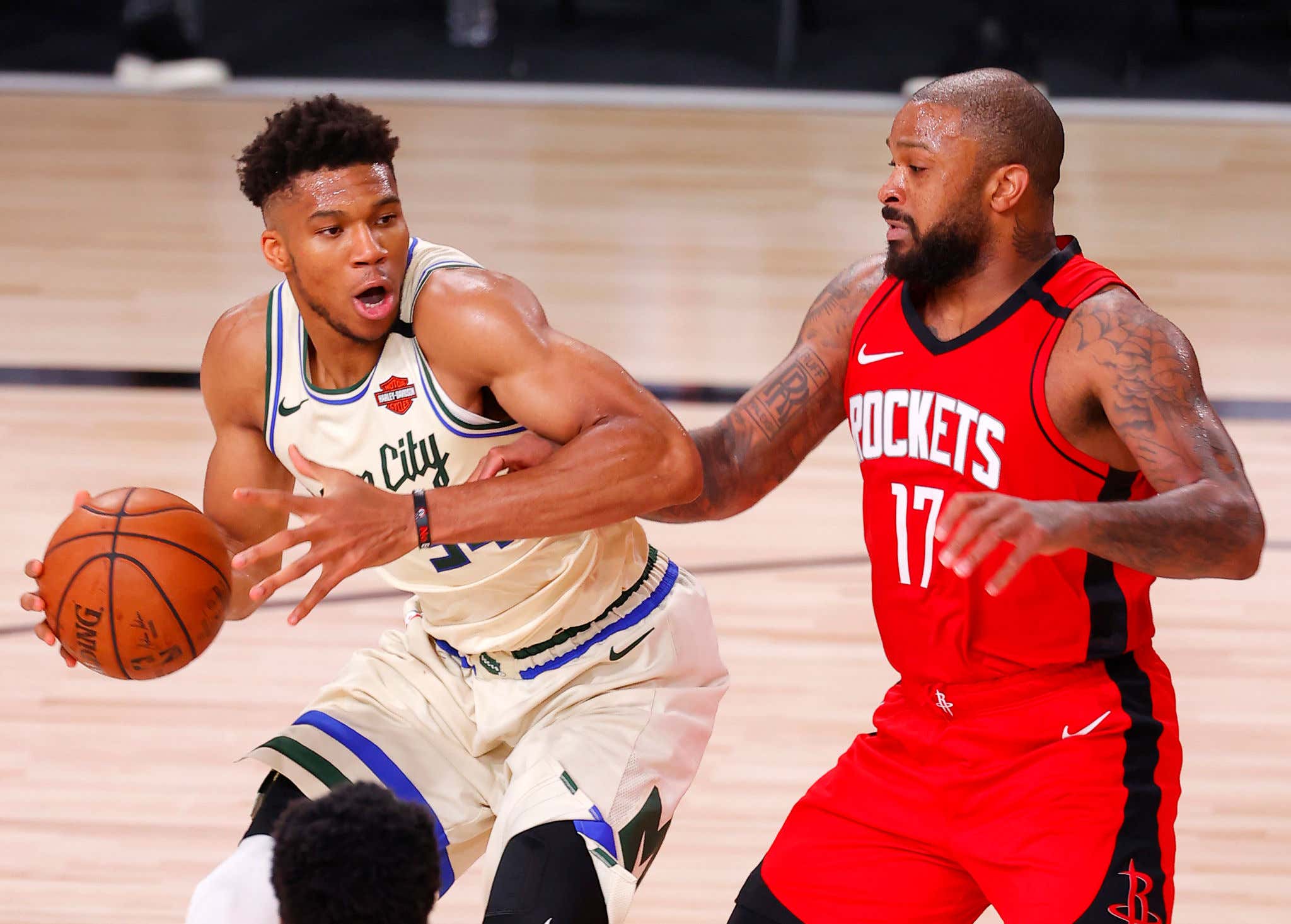 With the NBA trade deadline just a week away, the time has come for everyone to make sure your Woj/Shams/Haynes/Stein etc notifications are on if they aren't already. There's nothing like rushing to open your phone after it vibrates with a notification only to then see it's just Woj promoting his podcast or some shit. That's living baby.

The good news is there were actually some real life trades that went down yesterday involving a couple of contenders in the East. Let's have a look

Did you know Trevor Ariza has been traded 11 times?? That's outrageous. I think we all knew that the Heat were going to do anything they could to get out of the Meyers Leonard business, so that's not really all that shocking. It is a little funny that you scroll Twitter and you see the Heat are tied to every big name that could potentially out there and then the one move we do see them make is for Trevor Ariza. Maybe there will be more to come, but that did make me chuckle.

Now, what can Trevor Ariza even do? He hasn't played at all this year and the last time we did see him on the court was March 10th. That's over a year ago. Aside from this being a no risk all reward type move for the Heat, my guess is they are hoping he can look something like the player he was in his 21 games in POR last year. That player put up 11/5 on 49/40% shooting in 33 minutes a night. There's always the chance that he's officially washed, but at the same time what's the harm in adding a proven playoff veteran for basically nothing? It's all upside. He gives the Heat another long wing defender to help on the perimeter and someone that can sit in the corner and make threes.

If you look at their wing depth after Jimmy Butler, it gets dicey quick. There's Iggy…and then not much else. That trade seemed to work out for MIA last year, so it's not crazy to think that Ariza might be able to have a similar impact this year. Especially with how important wing play is on the defensive end in the playoffs.

For the Thunder, it's not like Ariza was playing for them, so they basically got a 2nd rd pick just to waive Meyers Leonard. Sam Presti now has 5000000 picks which is pretty important in a rebuild. I mean 2027? Who knows if the world will still exist in 2027.

OK, this got a little confusing with all the picks moving so I'm not going to try and understand that. I care about the players. My biggest takeaway from this trade is it has become pretty clear that if you are an NBA player with any sort of name recognition or talent and you think your team stinks, just sit out and demand to be traded to a contender. Worked for Harden, and now it has worked for PJ Tucker. If you don't think a precedent has now been set, you're kidding yourself. It'll be interesting to see how this develops moving forward. What does the league do if guys that are healthy just straight up decide to stop playing until they are moved to a better team? That's an issue.

The thing with PJ Tucker is who the hell knows what player you are getting. His production this year has fallen off a cliff, but how much of that was because of the situation? We had heard the Bucks were in on Tucker for a while, and it's a little crazy that he went for an unprotected 1st, but that's going to be at the end of the first round so it's mostly whatever. What this does give MIL is another playoff proven small ball 4 who can just sit in the corner and bury threes once Giannis attracks an entire defense. He brings a level of toughness and defense that will make the Bucks better. In theory. As long as PJ Tucker actually isn't washed up.

The interesting move is Torrey Craig being traded to the Suns. I like that wing depth for the Suns. He had a rough playoffs last year, but in 2018-19 he shot 47/47% in 23 minutes a night. That's legit. All the Suns gave up was cash considerations! That feels like a win. Especially when you have to deal with Kawhi/George/Murray/LeBron/Dame/Mitchell/Luka etc. Getting any sort of wing help is a positive considering you didn't have to give anything up to bring him in. A lot of people loved that move from the Bucks this offseason so it's weird he was never able to find a role.

For the Rockets, they are basically in the same boat as the Thunder. They just want picks/pick swaps/expiring players as they enter their rebuild. That's not a terrible haul for a guy who refused to come to work. I wonder why not other East team beat that offer. It doesn't seem that expensive, like the Heat/Celtics/Sixers/Nets couldn't beat that offer for Tucker? A throwaway player in DJ Augustine and then some low 1sts? That doesn't feel like a whole lot. He only makes $7M so it's not really a salary thing either. It'll be interesting to see how Tucker performs in a series against any of those teams. Some teams might regret not beating that offer because the Bucks not only look great, but they added a potential valuable piece for nothing.

Add it all up and yesterday brought us two pretty low risk high reward trades. Nothing that makes your dick hard or anything but moves that we could see have an impact in the postseason for a couple contenders. My hope is these moves are what officially open the floodgates and we have some real action over the next 7 days. So many teams are still in the hunt that if there's ever a year to go for it, this might be it.