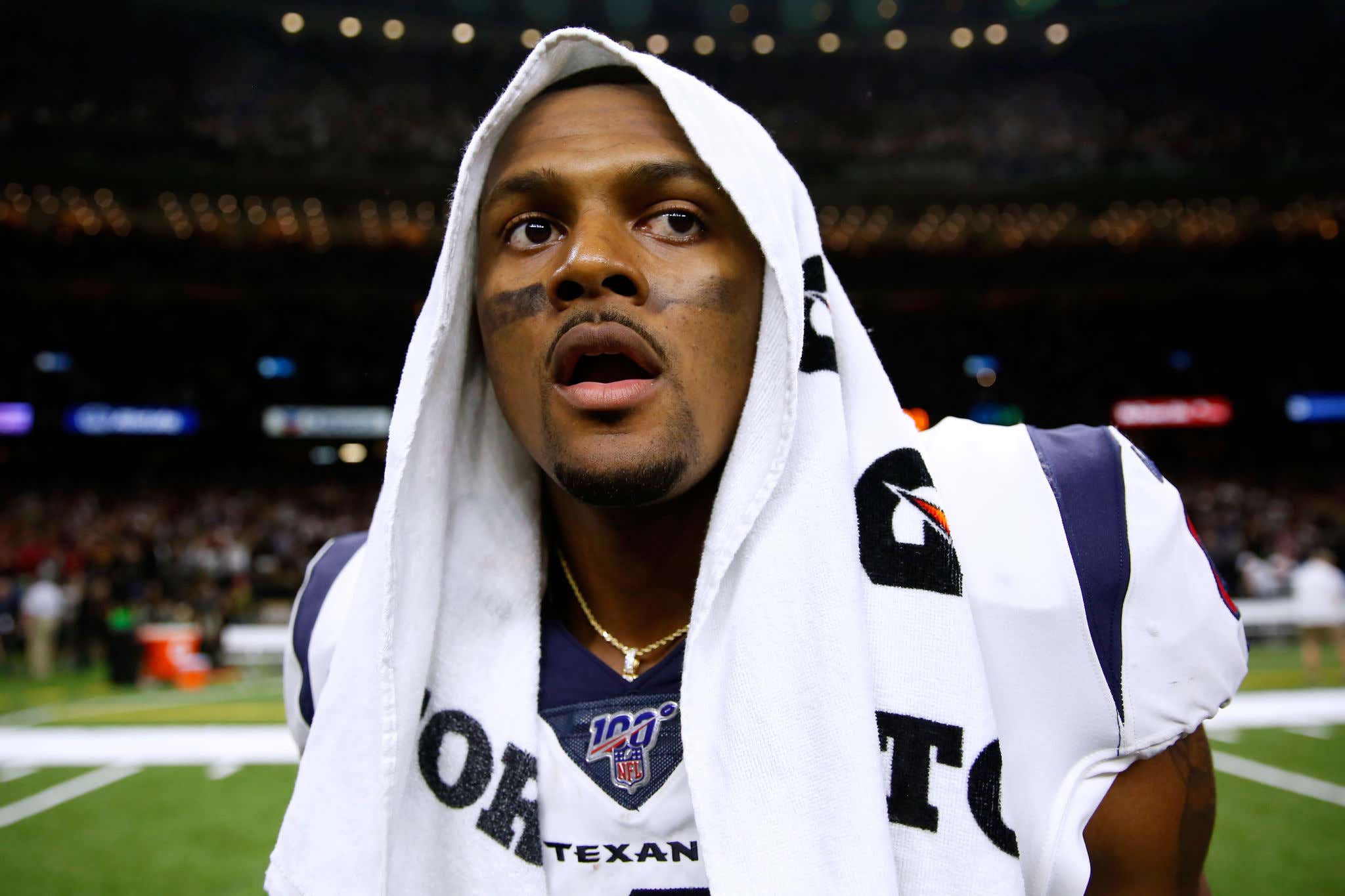 Yesterday I posted about the Deshaun Watson situation. How he's still trying to escape the asylum that is the Houston Texans organization. The team in turn not making any public statements about him in months, leading a beat reporter to conclude he's being traded. But then a high powered local attorney with ties to Texans' owner Cal McNair filing a lawsuit claiming Watson sexually assaulted a massage therapist:

And now, 24 hours later, it turns out the weirdness trend is continuing:

Source - “Third lawsuit of now six to be filed, against Deshaun Watson, alleging assault,” Buzbee said on Instagram. “This one is the most egregious, to date. Again, I won’t share details here, but we have open courts in our Texas Constitution, meaning all lawsuits are public record. Our staff has received numerous calls. We screen each one, and I personally talk with and screen any individual on whose behalf we file. I’ve been doing this a long time. I don’t need ‘fame,’ and, to be quite honest, and I say this as modestly as I can, if I never made another penny I would be quite okay. Point is, I’m not pursuing these cases for the money, and every woman who has filed thus far has only plead the minimum amount to invoke the court’s jurisdiction ($500). This isn’t about the money!!

“And to be clear: I’ve had many high profile cases in my life. I represented a sitting governor when he faced life in prison. I’ve represented widows, orphans, amputees, and those horribly burned or injured. As lead, I’ve handled many mass torts and class actions recovering hundreds of millions of dollars. I’ve tried and won some of the largest cases in Texas history. But, I will say I’ve never faced the nastiness and vitriol I’ve experienced in this case. People are crazy! Threatening my kids? People I know? Threatening my fiancé? Telling me they will kill me or they hope I die? All because of football?? Get a grip!! Yet: We won’t be deterred or intimidated by key board warriors. As a Recon Marine I’ve seen danger — I’m not at all concerned by dumb shits with a keyboard. Haha. I’ll continue to proudly represent those who are written off and marginalized in our society. These cases are exactly why many of us became lawyers.”

The second lawsuit, again filed by a plaintiff operating under a pseudonym, looks a lot like the first lawsuit. Both entail massages that the masseuses claim were intended to be more than massages.

To be clear, I know better than to weigh in on the veracity of the claims in these filings. That's what courts are for. And when it comes to being a legal scholar, no one will accuse me of being Thurgood Marshall. But when you're accusing someone of something as serious as sexual assault, that seems like a really odd time to flex about all your accomplishments. How many first person singular pronouns are there in these two paragraphs? I lost count after the first dozen or so. Advocating for your client to get justice is a grave, solemn undertaking. It seems like that's a thing you'd do with seriousness and reverence for the process. This sounds like the copy for an ad that runs on a daytime judge show, pledging to get you money for your trans-vaginal mesh and ends with the lawyer turning to camera as he crosses his arms. Again, that doesn't mean Attorney Buzzbee doesn't have a case. It just seems like a really strange opportunity to beat your chest about how much money you have or what a champion of the underdog you are. To use the word again: It's weird.

Source - The allegations against NFL superstar Deshaun Watson are piling up … a third female masseuse has filed a lawsuit against the QB, claiming he forced her to perform oral sex during a Dec. 2020 encounter.

The woman, who filed her suit under the pseudonym Jane Doe to protect her identity … claims she was newly engaged and had just graduated chiropractic school -- says her mother dropped her off at the job, and then she met Watson … and that's when she claims things immediately got weird.

The woman says Watson insisted she focus on massaging his "inner thighs" and "inner glutes" -- while repeatedly telling her he's a professional football player.

She claims Watson "got more aggressive" -- and eventually "coerced [Jane Doe] to move her mouth toward his penis, forcing [Jane Doe] to perform oral sex on him."

The woman claims she never consented to the sex act … and actually "blacked out for a few minutes from the fear."

In her suit, the woman claims she was so terrified, she defecated on herself.

The woman says Watson got up, got dressed and left as if nothing happened.

Jesu Christo. Watson has issued a non-specific, blanket denial of the claims against him. And deserves the same due process we all do. But that is a horrible accusation to have to defend yourself from. And it seems like one you'd have to defend yourself from. There's no negotiations on something like this. No mediation. And no settlement. You can't meet halfway when the allegation against you is you physically forced a victim into oral sex against her will to the point she blacked out and lost control of her bowels from the overwhelming fear you put her in. That is the furthest thing from a "he said, she said" situation. There can be no "misunderstanding." No gray area. You can't buy yourself out of an accusation like that with a check and a Non-Disclosure Agreement like you're Harvey Weinstein. "Innocent until proven guilty" is the founding principle of our entire country. But there are times when the reality is you have to prove your innocence. Or at least challenge the other side to absolutely prove you're guilty. There are no half measures in  a matter like this.

There's nothing else to add for now, other than Deshaun Watson has been, is, and continues to be the biggest story in the NFL offseason of 2021. And the next shoe ought to be dropping any hour now. So strap in. It's going to keep getting weirder.