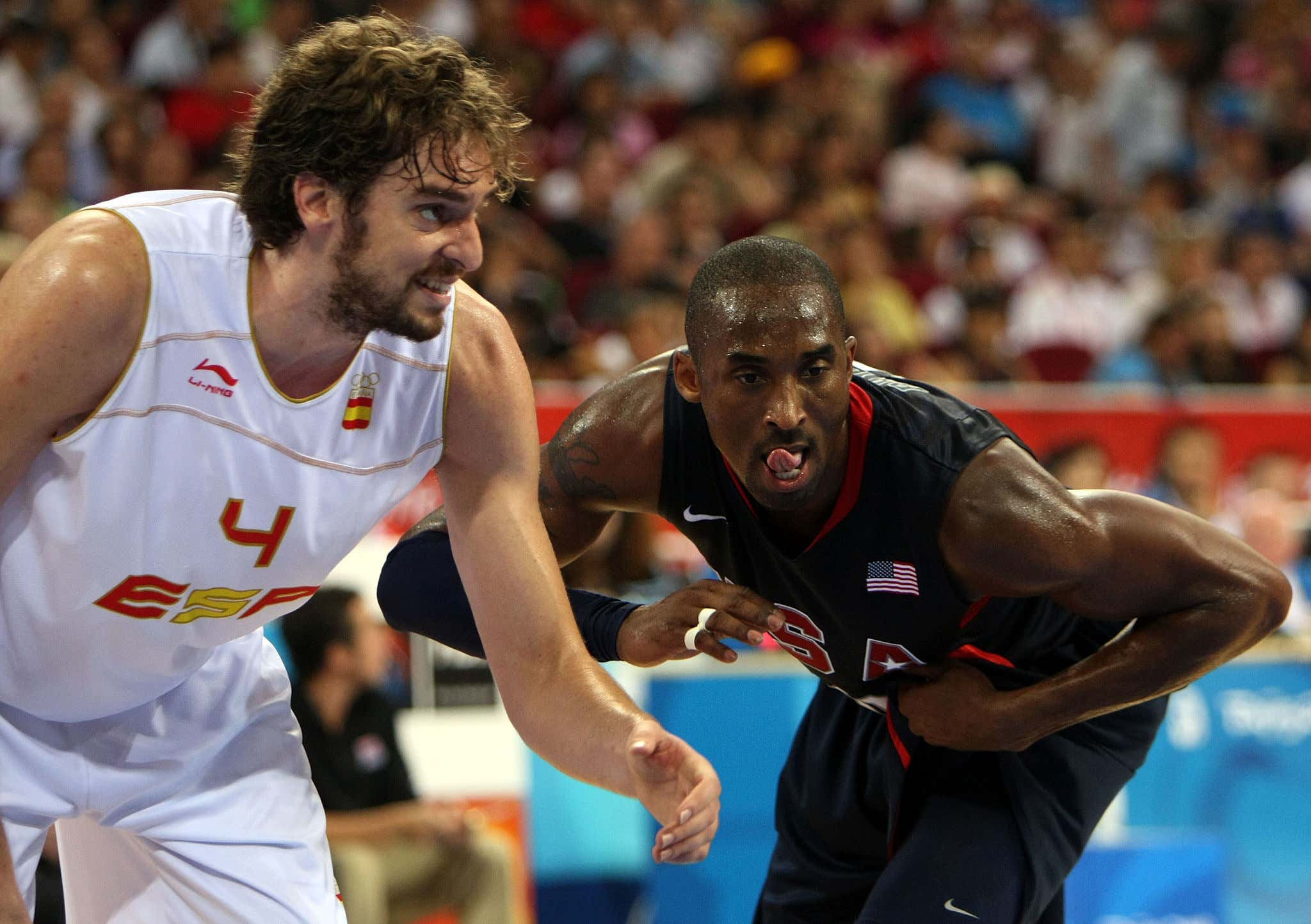 The wait is over. Today, "The Redeem Team" documentary was released on Netflix, which tells the story of the 2008 USA Men's Olympics Basketball Team. After their shocking early exit in 2004, there was a ton of pressure on the guys in red, white, and blue to take home gold, and nothing but gold, four years later.

The leader of the team in 2008 was Kobe Bryant. By now, everybody knows how much Kobe values winning and they have probably heard stories about how the "Mamba Mentality" helped him succeed on the court. In this documentary, there is a portion that highlights the Team USA's first game against Spain at the Olympics. This clip was released a few weeks ago, but it is worth revisiting:

You have to believe that Kobe Bryant absolutely knew what he was doing when he went to go "hang out" with Pau Gasol and his teammates in the Olympic Village before the game. The documentary showed large crowds of people idolizing Kobe, and I'm sure that was also the case for basketball players in different countries.

LeBron James set the scene when Kobe told him he wants to set the tone, saying "I'm running through Pau's fucking chest."

Dwyane Wade heard the same sentiment and was confused, saying, "What?" Meanwhile, LeBron didn't buy it at first: "Now, that's your teammate. You tripping. You ain't about to do that."

Via Wade, Kobe said, "First play of the game, I know what they're gonna run. I'm running through that motherfucker."

Once the play happened (1:26 mark of the clip above), LeBron's jaw was on the floor: "We was like… holy shit."

Pau Gasol explains the situation like this: "He just went right to the middle of my chest, tried to get right through me to send a message, not just to me, but to his teammates, saying, 'Hey, this might be my brother. I play with him, we're close. But I don't care about anything else but winning.'"

It was in that moment that LeBron knew there was zero chance that Team USA was losing this game to Spain, saying, "Oh, ain't no way we're losing this game. We about to beat the shit out of Spain."

And that is exactly what Kobe, LeBron, and Team USA did to Spain. The red, white, and blue won the game 119-82, and then beat them again a week later in the gold medal game. Kobe Bryant was different, and this story is just another example of why. Be sure to check out "The Redeem Team" on Netflix!

We also did a documentary review of the film on today's Pardon My Take. Mr. Cat, as usual, had some words about Coach K: