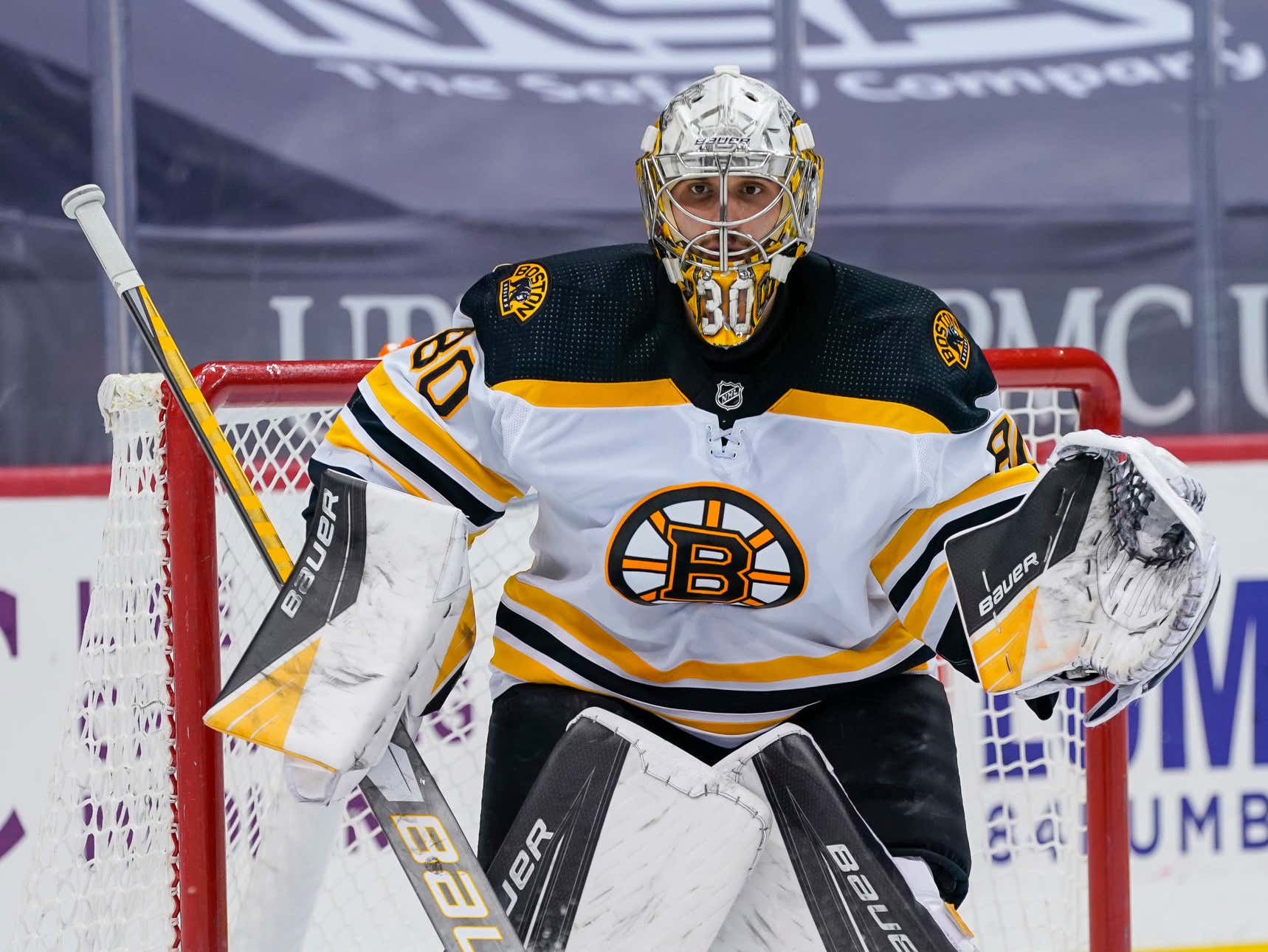 Folks, the Boston Bruins are back in the win column. Thanks to a 34 save performance from rookie Dan Vladar the Bruins rebounded with a win in the 2nd night of a back to back vs. the Penguins. They showed up, gutted it out and got the job done.

David Pastrnak opened the scoring (on the PP, 4 on 4 turned to PP), great feed from Brad Marchand. 1-0 Bruins early in the 1st.

The Penguins tied the game late in the 1st. Brandon Tanev. 1-1.

Late in the 2nd Tanev bundled Tinordi and got called for a 5 and major. What's crazy is the refs reviewed it and still upheld the call. Should be no more than a 2 for charging, if anything. Just an unfortunate fall for Tinordi. Bruins got a gift of a 5 minute power play and had nothing to show for it.

Trent Frederic came off the bench and buried and wrister to give the Bruins the 2-1 lead 7 minutes into the 3rd. First 5v5 goal for the B's in the last 3 games.

- Oskar Steen made his NHL debut, he slotted in with Charlie Coyle and Nick Ritchie on the 3rd line. Anders Bjork was the scratch. Steen played just 9:02, looked a little lost on occasion, but no problems with his game. Played well enough to stay in the lineup come Thursday.

- David Pastrnak opened the scoring with his 13th goal of the season.

- Jarred Tinordi got rocked by Chris Tanev in the 2nd. Leading to some controversy. Tanev was kicked out, and the Bruins got a 5 minute PP (which they squandered). Good hit, just a bad result. Tinordi had a solid game, sucks to see him get injured. If Tinordi is shelved for the future, he'll add to a long list of injured defenseman that include Carlo, Lauzon, Miller and Moore. Woof. Jack Achan is up with the taxi squad, he could get a look. Vaakanainen another option for Thursday per Cassidy.

- To be honest the refs were dogshit all night. Just soft calls, both ways.

-  Speaking of the PP.. the man advantage is a disaster right now for the Bruins. Just couldn't get anything going. Even when they got a gift of a 5 min PP late in the 2nd. Nothing. Just frustrating. They just look a step slow. (also yes, Pasta's goal was on the PP but it was in transition).

- Trent Frederic, the 5v5 goal scorer the Bruins were looking for. First 5v5 goal in the last 3 games foes to TF11. The 4th line (with Kuraly and

- I liked Coyle's game more tonight, recorded a SOG for the first time in 6 games. Thought it was a much much better game for the middle six.

- Dan Vladar got his 1st NHL start tonight. Made a massive save on Colton Sceviour with the blade. 34 saves for his 1st NHL win. Man, that's got to feel good for him. He was outstanding tonight.

Bruins are back at it on Thursday, they'll head to Buffalo to play the Sabres, who are winless in their last 12 games.

ps.. t's and p's if you had b's puck line. 2 missed empty netters from pastrnak and marchand. that's gotta hurt.