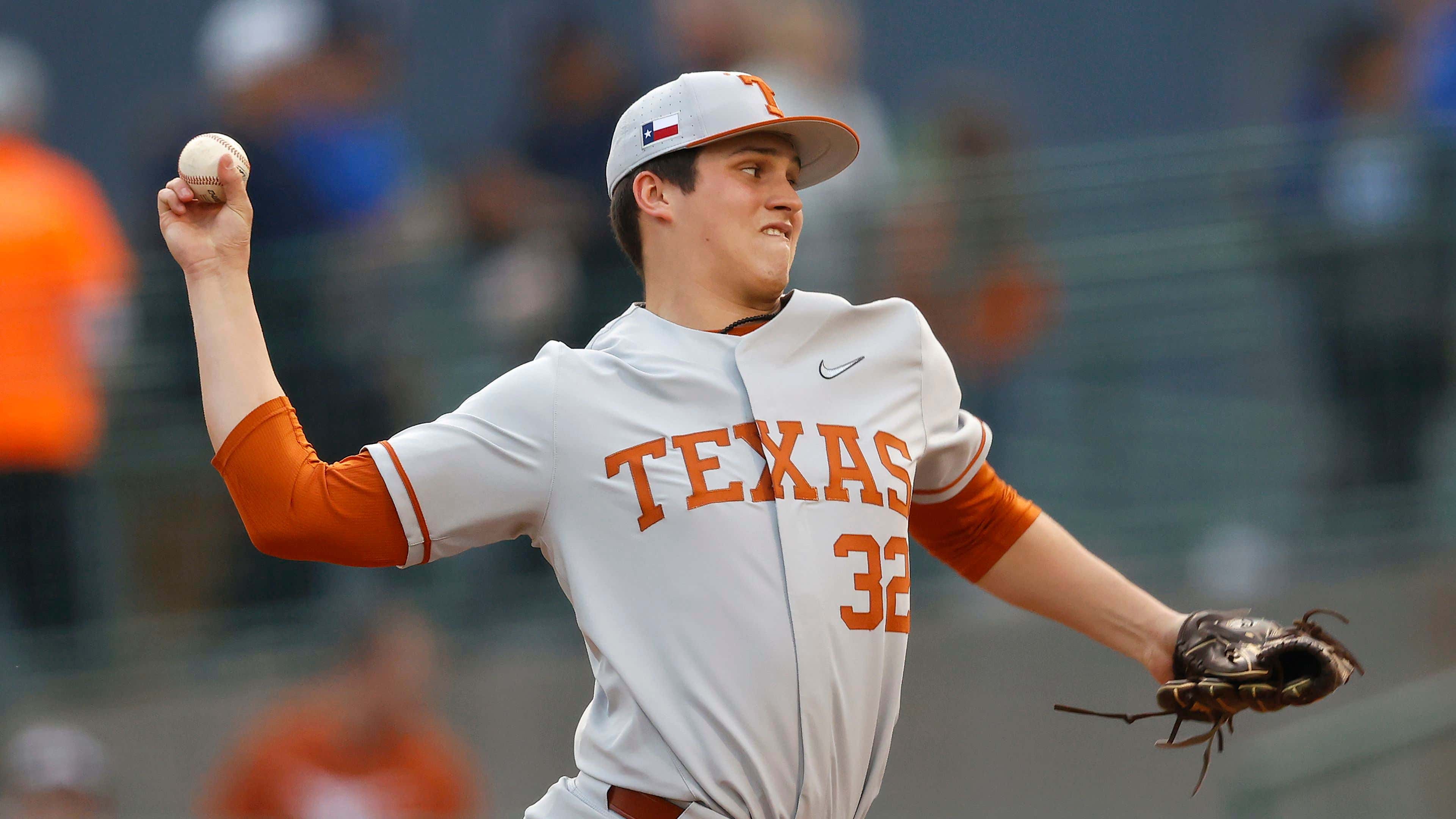 As everyone focused on Championship Week leading into Selection Sunday in college basketball, we had another great weekend of college baseball with some great matchups across the country. Several SEC teams took on true tests in their final non-conference weekend. Here's a look at what all went down.

The Texas Longhorns made one of the biggest statements of the weekend, securing a three-game sweep over South Carolina to vault themselves from No. 19 up to No. 10 in the country. Friday starter Ty Madden had another incredible outing, giving up just one earned run over seven innings — the only earned run in his last three starts. Madden might not quite be up there in the same breath as Jack Leiter and Kumar Rocker yet, but he's the leader in the clubhouse of that next tier.

Speaking of Vanderbilt's unreal pitching staff, the Commodores went to Stillwater for the first big series in Oklahoma State's new stadium and rained on the Cowboys' parade. In a doubleheader on Saturday, Rocker and Leiter went a combined 13 innings with just four hits, 16 strikeouts and did not allow a run. The Pokes salvaged one win in finale of the three-game set, but best of luck to hitters in the SEC scoring at all on those guys this season.

LSU Wins Two of the Wildest Games You've Ever Seen

LSU and UTSA played such a ridiculous series this weekend, I don't even know how to summarize it other than to simply use the word "chaos." On Saturday, UTSA took a 7-4 lead in the 10th inning — the Roadrunners were down 4-0 after seven — before LSU answered with a three-run bomb to tie it. UTSA then took a 9-7 lead in the 11th and LSU answered AGAIN with a two-run homer while down to its last strike. Eventually, the Tigers decided 13 innings was long enough and walked it off.

But then on Sunday, the teams decided to do it all again, as LSU hit two homers in the bottom of the 10th to tie the game again before Gavin Dugas walked it off for a second straight day in the 11th.

In a series similar to what Vanderbilt did giving Oklahoma State a premier matchup for its new stadium, No. 1 Arkansas traveled to Louisiana Tech to help open the Bulldogs' new ballpark. The Diamond Dogs actually hung in there very well with the top team in the country, taking one game and came very close to winning the series with a loss in extra innings.

But the Bulldogs' win came behind a fantastic performance from Jarret Whorf, who threw a complete game shutout against one of the best offenses in college baseball. Whorf allowed just two hits over the nine innings, walking one and striking out 10.

Georgia Southern's Mason McWhorter did wonders for his early season stats on Saturday when he went 5-5 with 4 RBI and hit for the cycle. He anchors the offense for a GSU team that has faced some tough tests early in the season and has hung in there pretty tough with some ranked teams, including Tennessee and East Carolina. The Eagles could be a dangerous team to face in a regional.

Uniform of the Week: Arkansas

This jersey Arkansas wore this weekend is the best look I've ever seen from the Hogs. I don't know if that's a new one this year or not, but regardless, UA should go with this more often.

Louisiana apparently decided it had seen enough after Southern Miss hit back-to-back homers earlier in this inning, so the Ragin' Cajuns threw at the next guy's head. So then DJ Lynch came up and launched another tater and took his sweet ass time getting around the bases. The Golden Eagles have some damn swag.

We're really in the swing of things now and SEC play gets going next weekend. It was great scheduling on the league's part to make sure there's nothing else going on that would take attention away from that.