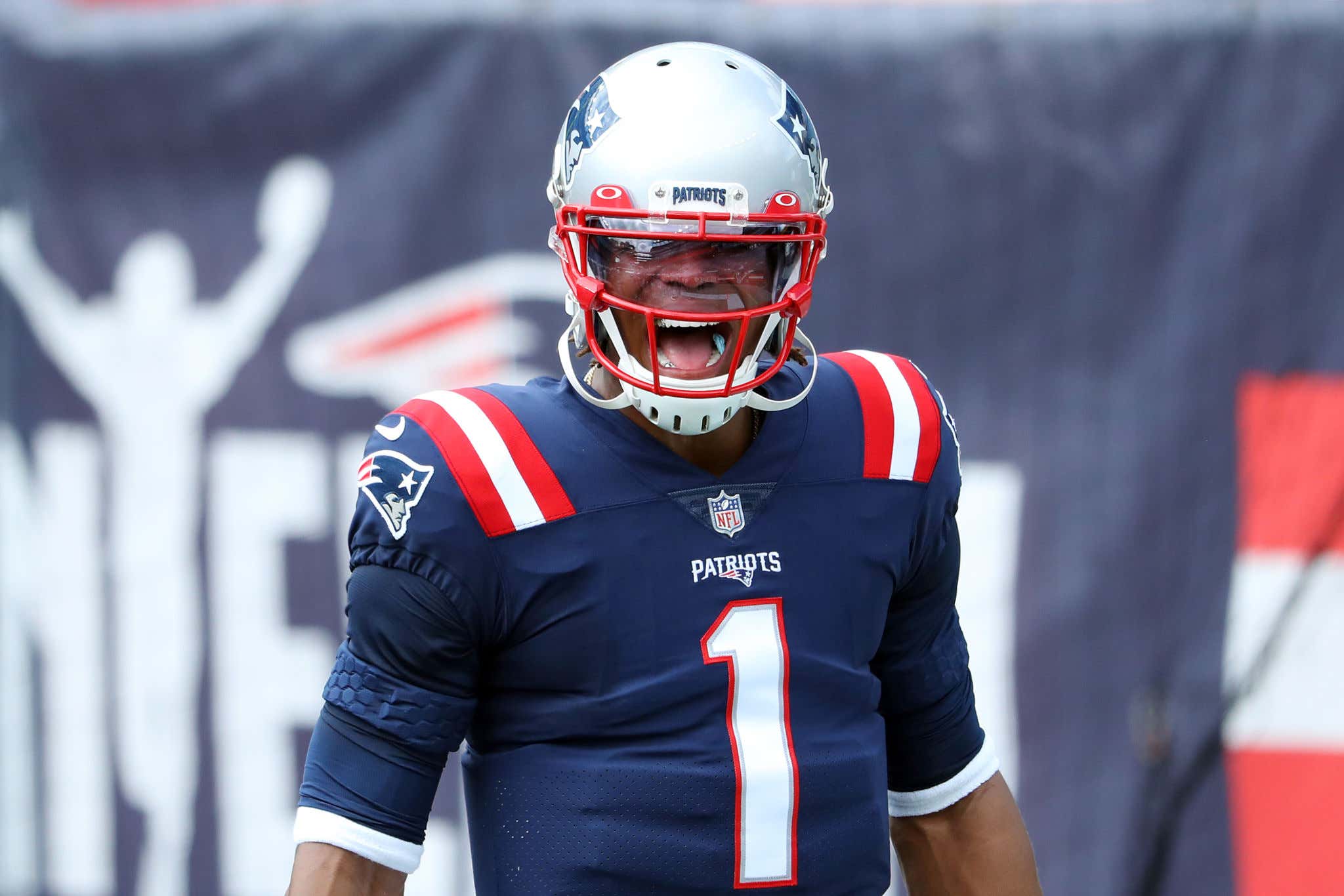 While everyone in New England has been dropping to our miserable, flabby, pale, freckled knees praying that the Patriots would make a huge, dramatic move for a veteran quarterback, it's fair to say this isn't what we were hoping for.

And assuming this league source is correct, it contracts a report in this same Boston Globe not 12 days ago:

Bill Belichick’s praise for Cam Newton throughout the 2020 season wasn’t an act. Multiple sources who have spoken with Belichick this offseason said he does nothing but rave about Newton and the effort the quarterback put forth in 2020. The only problem Belichick is concerned with is Newton’s arm strength, with Newton having suffered multiple shoulder injuries in the last five years. In 2019, Newton acknowledged on his YouTube channel that his injuries sapped his ability to throw downfield.

But Belichick did seem to genuinely enjoy coaching Newton, and multiple sources said they would not be surprised to see Newton back with the Patriots, especially if he’s willing to take another cheap contract (though probably not minimum salary again). But everyone also expects the Patriots to draft a quarterback in the first few rounds.

And like I wrote at the time, if Newton's arm strength is giving Belichick the booboo jeebies, it's with good reason:

According to Pro Football Focus, on throws that went 20+ yards in the air:

--He had just 29 attempts, the fewest among QBs who started more than 12 games. Tua Tagovailoa had 29 ATT in just 10 starts.

Though to be fair, Newton did pick his spots. He threw just one interception. His completion on deep shots was third in the league at 51.7%. And his passer rating was a 12th best 103.0. So it's possible Belichick believes that with another year removed from shoulder surgery, another year in the system, and Covid a distant memory we'll all have repressed soon enough, that Newton can be more like the guy who went 15 for 19 against Miami in Week 1, completed 30 passes against Seattle in Week 2 and connected for three touchdown passes in the last game against the Jets.

But that's a lot of faith to put in a guy who had the season Newton just had. A LOT of faith. Those three touchdowns in Week 17 represent his only multiple TD game of the season. He had nine with no touchdowns at all. He was pulled three times. In four games he completed less than 10 passes. In five games, that's a third of his starts, his passer rating was under 60. 60. Like I've said before, it was hard not to love every, single thing about Cam Newton. Except when he was throwing a football.

Newton was brought to New England at the last minute on a dirt cheap deal where he was paid about the same as the long snapper. To quarterback an offense that was woefully thin at wide receiver and tight end. Then he caught the 'Rona and everything spiraled from there. He was signed to your classic "Prove It" deal, and while he proved he's a great teammate, a leader, a hard worker and a fully accountable, stand up guy, he didn't prove he can effectively move an NFL offense up field and put points on the board. So he's been brought back for what I can only assume is a "Prove It Again and We'll Give You a Mulligan on That Last One" deal.

I suppose this is also a statement on the crop of available and semi-available QBs on the market. That Belichick's personnel department didn't much care for the ones they can easily get and didn't like the going rate on trading for the others. I mean, it's possible they'll still be buyers and that Newton is here as insurance in case they can't swing a deal. But that seems highly unlikely.

Like Newton said a few weeks ago, he's not going to be anyone's back up because he doesn't believe there are 32 better quarterbacks in the league than him. Apparently Bill Belichick agrees. After a season with eight touchdowns and 10 interceptions and the 28th highest passer rating in the league, that's going to be a tough sell. Both to Patriots fans, but more importantly, to free agent receivers and tight ends like Hunter Henry, who made it clear he's not going to any team that doesn't have a top tier QB.

What a development this is. It's going to be wild around here.