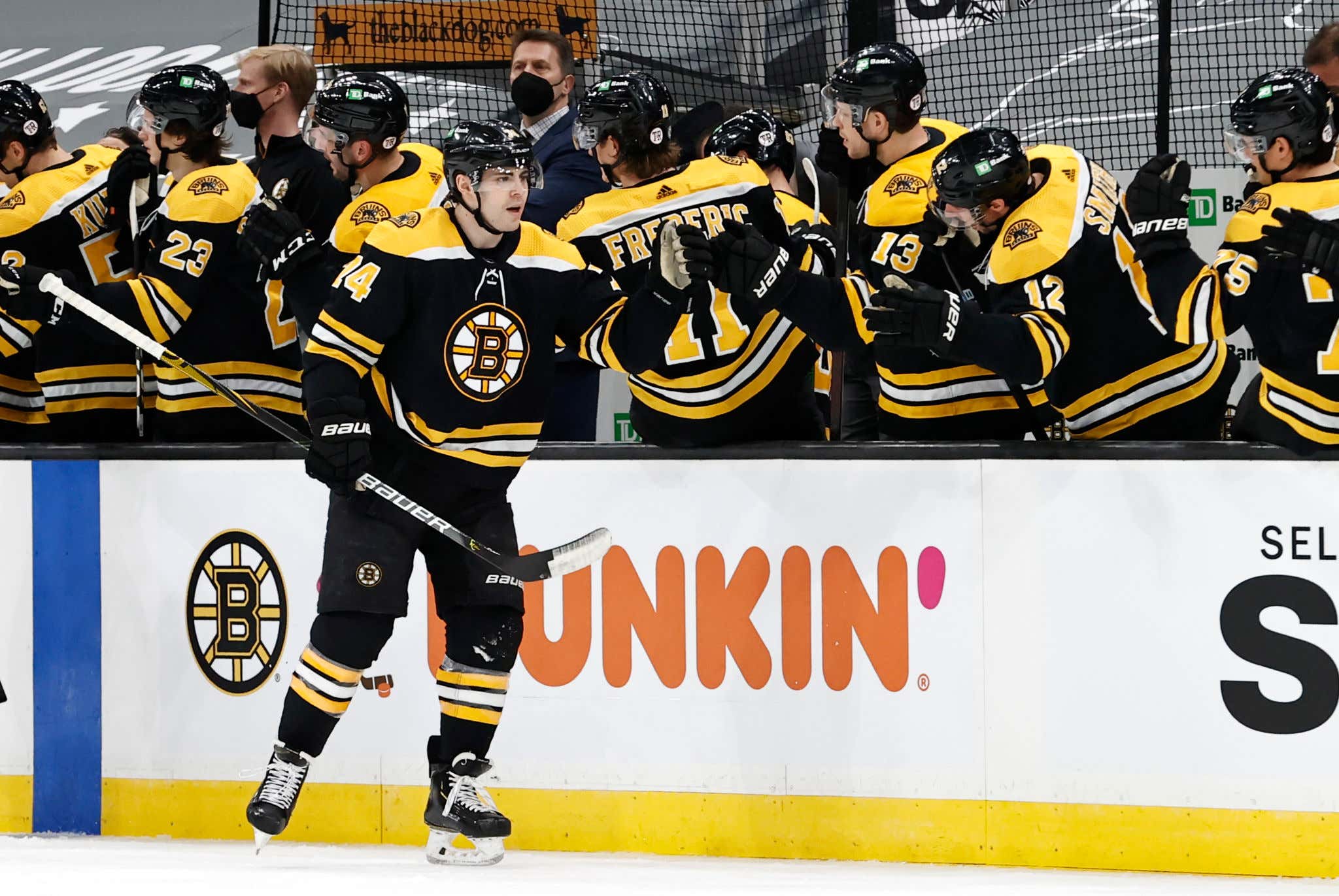 Jake DeBrusk and the Bruins' offense came alive a day after Don Sweeney called it a "major concern", a 4-0 win at TD Garden against the Rangers and the Boston Bruins are back in the win column.

David Pastrnak opened the scoring with a long bomb. 1-0 Bruins.

With Nick Ritchie in the box for tripping, Brad Marchand set up Patrice Bergeron for the shorthanded goal. Man did he undress Buchnevich. Filthy. Just filthy. 2-0 Bruins.

David Krejci recored his first goal of the season on the PP. 3-0 Bruins.

Seconds later Krejci would find Jake DeBrusk, his first goal since being healthy scratched. 4-0 Bruins and a goalie change for the Rangers. 2 goals in a span of 1:21.

Halak and the Bruins go on to shut out the Rangers 4-0.

- Zach Senysyhn (called up from PROV) played his way into the lineup tonight. Anders Bjork and Chris Wagner were scratches. Jake DeBrusk slotted back into the lineup. Certainly a different look tonight as Cassidy looks to find the best possible lineup.

- Thought Senyshyn played well. Had a few good chances, especially with Kuraly. He brings even more speed to that line. I suspect he'll get another look with them on Saturday.

- David Pastrnak opened the scoring tonight. His 7th goal in the last 11 games.

- Still can't get over that set up from Brad Marchand shorthanded. My goodness. 3 assist night for him.

- Thought Jake DeBrusk looked much better tonight. Engaged all night long. Was a hound on the puck. Looks like message was delivered. Nice to see him get rewarded with a goal. Seemed more comfortable back on his normal side on the left wing. Honestly he looked like an entirely different player. Hopefully he can keep this up consistently.

- Shout out to David Krejci who finally scored his 1st of the year tonight. Thought he was one of the B's better forwards vs. the NYI and he followed that up with a solid game tonight. 1G, 1A.

- Love to see the offense erupt a day after Don Sweeney called it a "major concern". This team certainly still needs help but good to see they got the message.

- Man, is Matt Grzelcyk a player. Watched him pretty closely tonight and he's been so god damn impressive.

- Tuukka Rask was still a little banged up with a "lingering issue" so Jaro Halak got his 2nd straight start. Earned the shutout by making 27 of 27 saves. Cassidy said after the game it could be his net for a bit.

B's are back at it on Saturday afternoon for a matinee against these very Rangers.