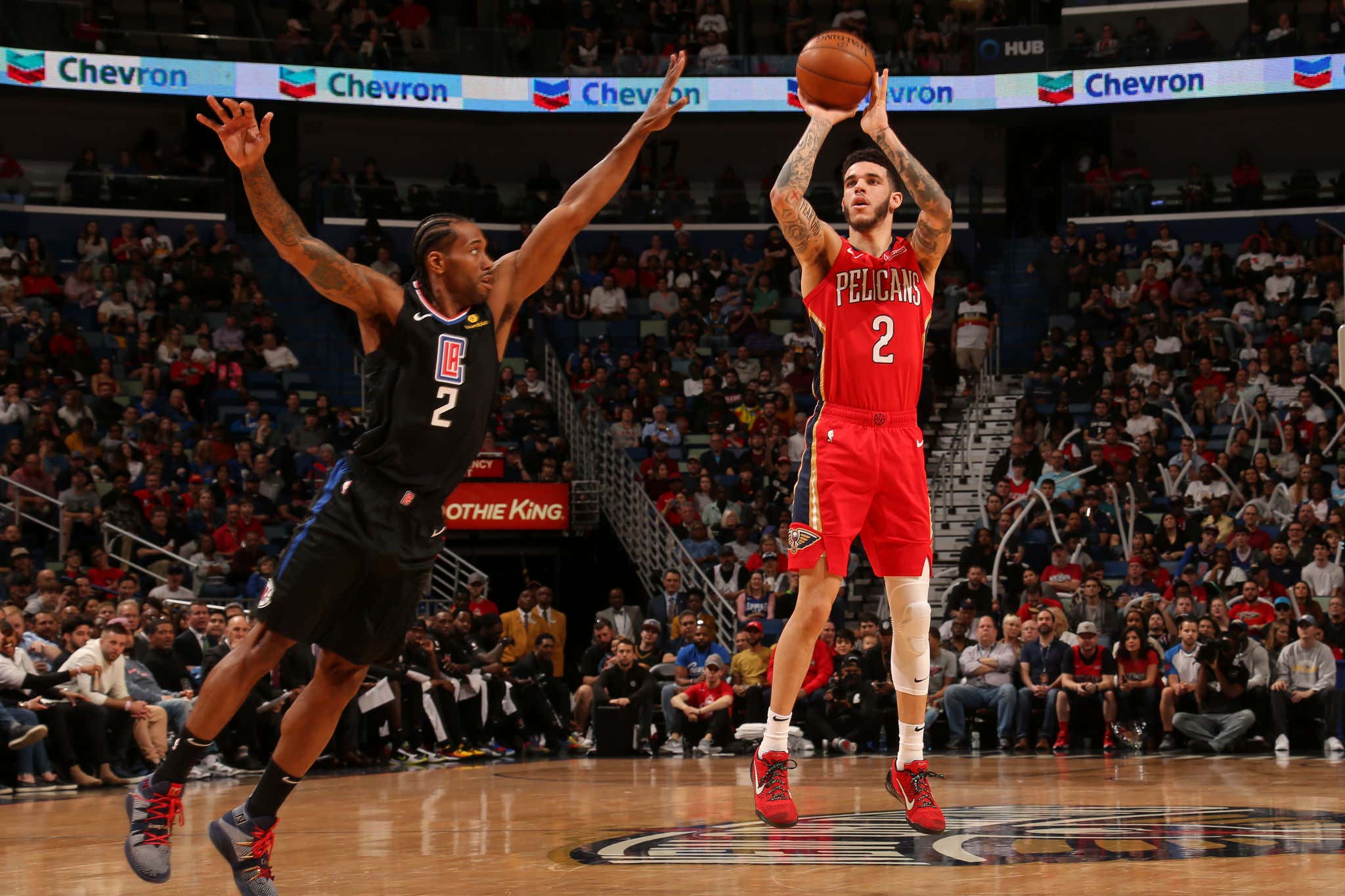 Every once in a while you come across something on Twitter that makes you double take. Maybe a little head explosion depending on what it is. That tweet right there did it for me. I had to read it twice. Then for some reason I still didn't believe it so you know what I did? I looked it up

Admit it, there is no way you would have ever predicted that Lonzo Ball would not only have more threes than that list of players, but that he would also be shooting at a better clip. There's just no way. Not even Pelicans fans saw that coming. Here's the truth though. Lonzo's outside shot has improved every year of his career. It started at 30% his rookie year, then 33% in Year 2, a big jump to 37% last year, and then this year he's at a very respectable and downright good 38.7% on great volume (7.8 3PA). Year after year we heard about him revamping his shot, well the proof is in the pudding

He went from this

That's a completely different player as far as I can tell. It then makes me wonder why you hear rumblings that Lonzo might be available at the deadline. He's only 23! He's already a plus defender (although he's having a meh season this year) and a pass first point guard which is what I would think you want next to Ingram/Zion. If he's now going to be a consistent above average three point shooter? It'd be silly to trade him.

I mean look at that list again. Those are some of the best scorers/shooters the league has. All are #1 options on their respective teams. Lonzo only trails JAMES HARDEN by 2 3PM entering tonight. They've taken basically the same 3PA and his 38.7% is pretty close to Harden's 40%. Who honestly ever thought that sentence would be a real thing?

Credit to Lonzo for putting in the work and fixing his shot. I think we can all officially declare it fixed right? That's why you need to be careful before you write off these young players. Their games are like playdough at this age. It's still being molded. We're seeing Lonzo take one of his biggest weaknesses and turn it into a legit strength and weapon. That's a big deal for the Pelicans future if he ends up staying on that roster. If they decide to flip him, well this only helps drive his price up.

It's been a weird NBA season so far for a lot of reasons, but that stat right there has to be the most shocking one I've seen yet.