Following his recent flight to the darkest pits of hell, Jeffrey Epstein has posthumously sold his Upper East Side townhouse for roughly $50 million to an undisclosed buyer. The house, which was furnished with the type of gaudy eyesores that only people who can afford to have terrible taste can acquire, was originally listed for $88 million. 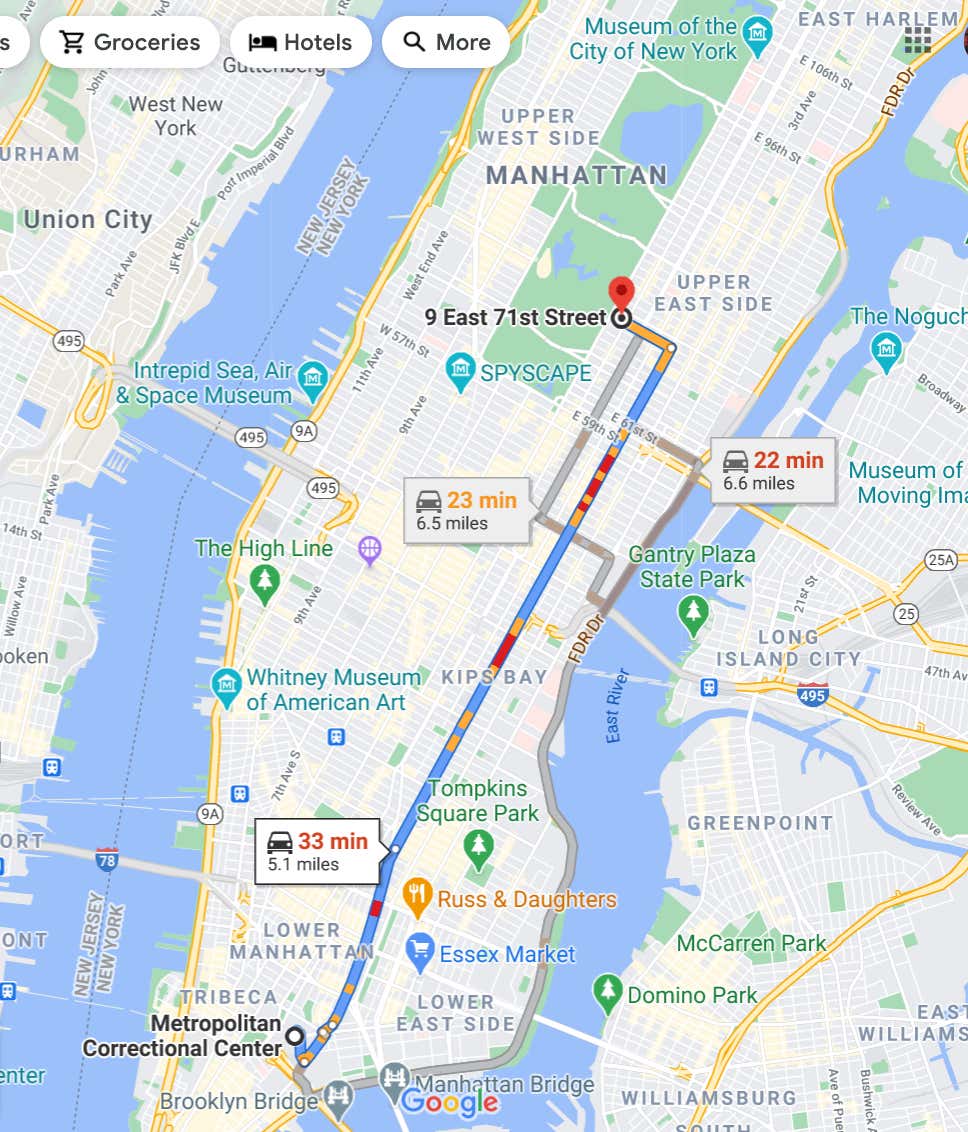 Though the buyer has remained anonymous, the Post reports they are a foreigner who works in finance. This shuts down rumors I'd seen that The Frick Collection (neighboring art museum featuring paintings/sculptures of the old masters) was looking to purchase it to expand their space.

As for his Florida mansion, that was also purchased (went for $18M) but is being demolished to make way for a more modern, less nightmarishly-tainted home. Glad to know they'll have enough rocks.

If you want to read more about the NYC mansion, it's fascinating history, the creepy items found inside after Epstein's arrest and get a reminder of the heinous crimes committed inside and what an enormous piece of garbage the guy was, you can check out the rest of that Curbed story HERE. As for where the money of the sales of these estates will go, let's hope it gets to the victims:

As of February, Epstein’s estate has contributed $55 million to an independent fund that goes to his victims, and more than 150 women have applied for payouts. But the administrator of the fund announced last month that the program was suspending payments because it was having trouble selling off Epstein’s illiquid assets, including his real estate. A group of victims and the government of the Virgin Islands countered by demanding a freeze on the estate’s assets, hinting that they think something irregular is going on. If the estate is indeed out of cash, the sale of the house will certainly bring some in—although it will likely be a few weeks at least for a big deal like this to go from contract to closing.