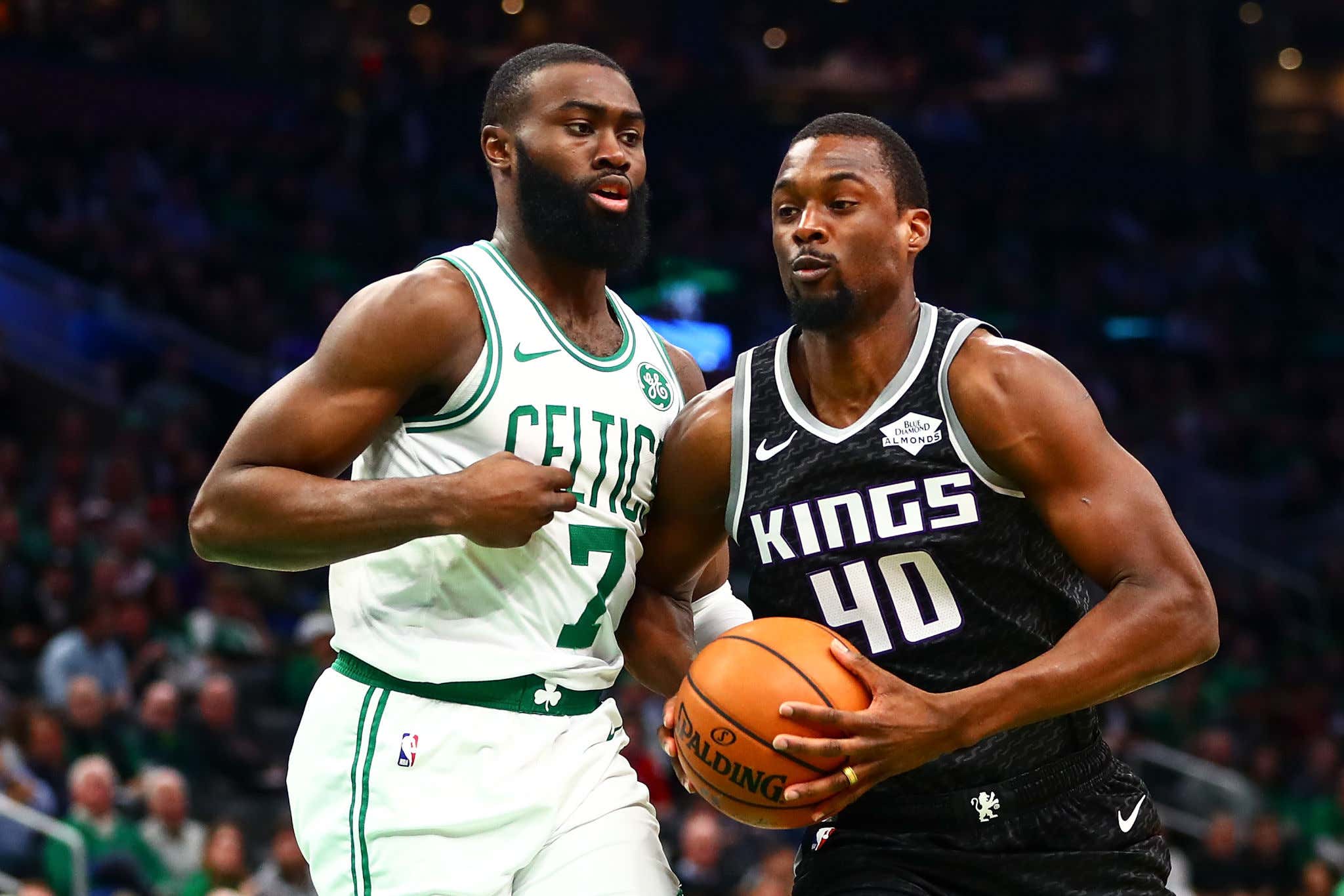 I'm trying. I really am. I'm trying my hardest to follow the #1 rule I have been screaming on this website for years. If we're hearing about a Danny Ainge trade in the media, don't even waste your time. But here I am, wasting my time. I can't help it. How can anyone avoid this Harrison Barnes shit when it seems like every single day there is more smoke around that fire. This is me currently

I know I should be better…but I am not better. Especially this time of year, especially when Ainge actually has a legit chip he can use to make this team better. I've said it before, but I change my mind basically every 5 minutes on what I want them to do with this Hayward TPE. Use it, save it, use part of it now and save the rest for later. I can't make up my mind. I see all angles and the pros and cons of each. But when I have Scal saying shit like this

I don't think it's an accident. Then today we have Sam Amick of The Athletic dropping this today

is this all just hot air? How can all these plugged in sources keep talking about this possibility if we shouldn't take it seriously? At the same time, that #1 Ainge rule keeps rearing it's head in my brain. This is the exact sort of thing I would immediately dismiss if it was happening in any other season.

But with so much unknown about what might be available in the offseason with the TPE, the fact that Barnes' contract decreases the next two years and lines up perfectly with Kemba's deal and the Jays prime, the fact that he fills a position of need and is a proven role player, I can't help myself from being in on this idea. It's also important that they wouldn't have to shed access salary in order to get him to fit the TPE. It would just take whatever the package SAC would want. Who knows what that is.

My view on Harrison Barnes is pretty simple. He's not someone who makes you overwhelming favorites or anything like that. But he helps. It's clear this team is missing what Gordon Hayward provided as the 4th option wing, and while Barnes isn't nearly the playmaker that Hayward is, he can score. That helps alieviate some pressure from Kemba and the Jays. It helps Brad stagger rotations. That alone has value. He's not a player without flaws, but I think he does check a few boxes in terms of the improvement this roster needs. If he's the best you can get, you almost have to do it.

I just don't know what to believe, All these rumors and hints that something is in the works, or my time tested rule that Ainge trades are not talked about in the media. We don't see them coming. I want to stay true to what I have always believed, but it's getting harder and harder as the days go by and more credible NBA sources keep talking about it.